Most of us hardly think twice when we grab something out of our refrigerators. We use the appliance to keep our food and beverages cold, and that's pretty much that..or is it?

From the ISIS recruiter who promises free appliances to those who join the terrorist organization to the woman who experienced seizures whenever she saw one, here are ten strange stories of refrigerators.

Grab a cold one out of the icebox and enjoy! 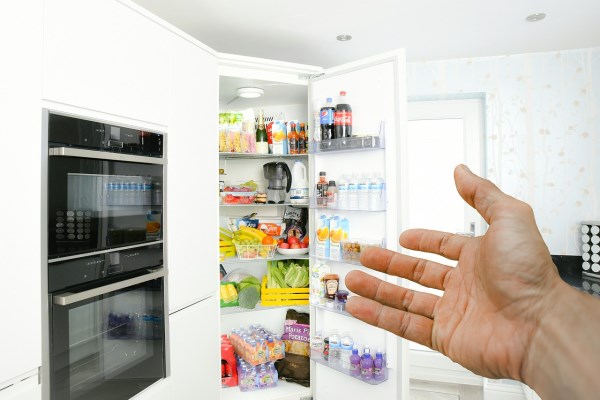 A former UK supermarket worker turned extremist, Omar Hussain, is offering would-be jihadists some perks if they join ISIS, one of which is a new refrigerator.

Hussain, known as the “supermarket jihadi,” has taken to his blog with incentives for potential new members, which include kitchen appliances, food, and money. He also claims that ISIS will pay new recruits' rent and even spring for groceries if they bring children.

For those who flee the UK and join militants in Syria, Hussein claims that the Dawlah (Islamic State) will provide basic household items such as the aforementioned fridges, washing machines, cookers, carpets, and mattresses.

The organization reportedly smuggles household appliances into Iraq from Turkey. Militants have posted photos online of new appliances being delivered to residents in Iraq's Anbar province.

Who knew a bad smell could put you in the hospital? Apparently, employees at the University of Kentucky do!

In June 2015, a foul smell coming from a fridge in the university's Dimock Animal Pathology building put eleven people in the hospital. The building was immediately evacuated and put through a decontamination process by the local fire department.

University officials say the fridge had been moved from another campus building on the evening before the evacuation, but no problems were detected at that stage. The next day, workers reported smelling a strong odor coming from the fridge when they arrived for work. When they opened it, they were overwhelmed by the stench. Those who reported minor irritation to the skin and eyes, or felt nauseous, were taken to the hospital.

A university spokeswoman, Kathy Jones, says officials believe the odor was caused by chemical residue left by something that had been inside the refrigerator.

That must be one strong chemical! Talk about “silent but deadly!”

3The man who was caught with 1,000 eggs in his refrigerator

Sure, it is pretty common to steal a few minor things from the workplace; paperclips, pens, and paper being among the most popular items. However, this guy took stealing from the office to a whole new level!

In May 2015, Gu, a security guard who worked at a factory in Pinghu City, China, was seen by police leaving with two suitcases of stolen goods. When investigators searched his house, they found meat, soap, tissue boxes, bottles of detergent and—drum roll please—more than 1,000 eggs in his fridge!

Gu eventually “cracked” and admitted his guilt. He said, “I lost count of how many times I have stolen, probably hundreds. I have stolen everything in my house."

He claimed he was using the eggs for personal consumption and even wrote dates on them to remind him when to eat them.

A surprised factory spokesman apparently told the press: "We thought he was a hardworking and dutiful guard who enjoyed working the night shift because he didn't have a family. Now, we have found out that he did it so he could roam around and steal without anyone seeing him.”

Gu has been scrambling to get his life in order since then.

4The woman who kept 75 hibernating tortoises in her fridge

Most people like to keep food and beverages in their refrigerators, but Shirley Neely, who works for the Tortoise Sanctuary in England, decided to use her refrigerators as a climate controlled hotel for 75 tortoises.

In 2008, Neely kept her shelled friends in two refrigerators. On every shelf, wrapped in tea towels, were slumbering tortoises. The smaller ones were snuggled up in a cookie tin, and the bigger ones were laid out side-by-side in their makeshift sleeping bags.

Neely housed the tortoises during hibernation season (between December and March) at temperatures between 3°c and 8°c (37°f and 46°f). She kept them there rather than at the sanctuary, due to the mild winter England was experiencing. "It was much easier to maintain a constantly cool temperature with a fridge than it is with our ever-warming climate," she said.

The tortoises were barred from food for three weeks, and allowed to complete their toilet needs (tortoises must empty their digestive system before hibernating). They were then bathed, weighed, wrapped and put to bed amongst Neely's condiments and a bottle of wine, which she says helped stabilize the temperature.

Something tells me that the one thing you won't find in her refrigerator is turtle soup!

5The woman whose seizures were caused by refrigerators? 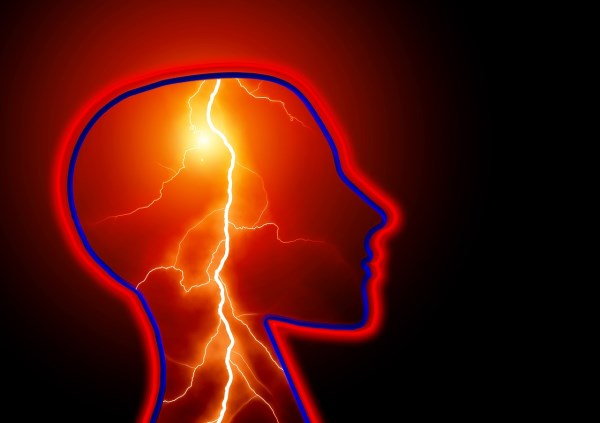 Brabdy Gibson's seizures began in 2011 after she became pregnant with her first child. After she had given birth to her second child, Bryson, her seizures grew more intense—she would stare into space blankly and lose all track of time. Sadly, Bryson passed away, which added to her stress and made her seizures even worse.

In January 2015, after Gibson gave birth to her third child, she went to see the epilepsy specialists at IU Health's Neuroscience Center to get help.

The first round of tests showed nothing. However, on her second day at the hospital, Gibson was able to trigger a seizure by grabbing her cell phone and Googling an image of a refrigerator.

Gibson responded to visual triggers such as stripes and patterns and recognized an open refrigerator door as a kind of pattern. Doctors soon discovered that the seizures originated on the left side of her brain. Armed with the knowledge that Gibson's temporal lobe was the place most triggered, doctors removed that area of her brain. Since her operation—and with the help of medication—Gibson is now seizure free.

On Memorial Day 2015, Texas high school student Macie Martinez was home with her parents as a storm rolled into town. As Macie opened the door of the refrigerator, a bolt of lightning struck her. Her mom described the horrific event: “There was a loud explosion, everything went dark. At the same time, Macie started screaming, but it wasn't from her throat. It was a deep scream."

Martinez remembers not being able to feel her legs as she was rushed to the hospital. She suffered nerve damage in her arms and hands but seems to have escaped major harm. She considers herself very lucky to have survived the incident and has even made light of it on her Instagram account by telling people to call her Sparky.

It turns out her father was also struck by lightning but didn't discover the rash caused by the bolt until after arriving home from the hospital.

Apparently, there was considerable damage caused by the strike. Several appliances were destroyed, but not the family's coffee maker. That's just fine with Marcie's mom who told the press, “I've got my daughter and coffee maker, so I'm set.”

7The trucker who threw a refrigerator during a pursuit

Police pursuits are not only dangerous, but they can be extremely unpredictable. In February 2015, police officers in Belle Vernon, Pennsylvania learned just how unpredictable a pursuit can be while chasing Christopher Charles Boyer.

Right before the chase began, Boyer called police dispatchers and told them that he planned on wrecking his truck. When state troopers arrived, the tractor-trailer driver ignored their sirens and signals to stop.

While driving, Boyer took off his shoes and socks and threw them at the oncoming police cars. He also tossed a metal canister that hit a police vehicle, but that wasn't all he had in his arsenal—Boyer threw a mini refrigerator at the authorities trailing him!

When he was finally stopped, he refused to leave his cab. The cops then used a stun gun to take him down. Boyer was later charged with aggravated assault, fleeing or attempting to elude, reckless endangerment, resisting arrest and several other counts.

8The Teletubbie who was arrested after raiding a friend's refrigerator 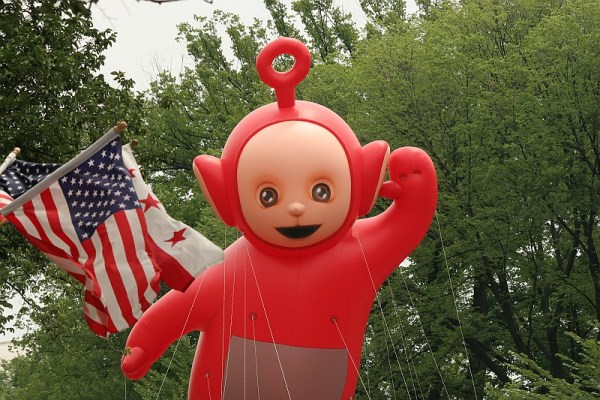 What do you get when you mix a yellow Teletubbie, leftover Chinese food, and a man purse? A refrigerator raid, of course!

In the early morning hours of October 26, 2014, Terez S. Owens Jr. decided it was a great idea to wear a yellow Teletubbie (Laa-Laa) suit and break into a friend's house in Easton, Pennsylvania. The Lehigh University student went into the victims' refrigerator and dumped Chinese food into his satchel before leaving. A door was damaged during the incident.

At first, the victims declined to press charges, but that soon changed. According to Bethlehem police Chief Mark DiLuzio: "I guess they thought about it, and the landlord got involved with the damage.” Owens was charged with criminal mischief and disorderly conduct.

Diluzio admitted he had never seen anything like this before: “Not that many Teletubbies get arrested. You can't make it up."

9The woman who has the most refrigerator magnets in the world

What's a refrigerator without magnets? How else would you adorn your fridge with your child's art or post your shopping list on your refrigerator door?

Louise J. Greenfarb, also known as “The Magnet Lady from Henderson,” loves refrigerator magnets more than the average person. She has 35,000 fridge magnets that she has been collecting since the ‘70s and has set the new world record for the largest collection, according to the World Record Academy.

Greenfarb doesn't have enough refrigerator space to put her magnets on, so she spreads them out all over her Nevada home.

Over 7,000 magnets from Greenfarb's collection were exhibited at the Guinness World Records Museum in Las Vegas, which has since closed.

We congratulate The Magnet Lady from Henderson! I'm sure her friends and family know what to get her whenever they go on vacation!

10The man who was killed by a refrigerator

A 33-year-old man was killed in December 2010 when a refrigerator fell on top of him.

The worker was allegedly part of a crew renovating an apartment building. His co-workers decided to toss a refrigerator off the balcony of the fourth floor, rather than carry it down. According to the report, they called out a warning but never heard a response.

Police ruled the tragic event as an accident.