Stories about criminals incapacitating victims with chloroform have been around almost as long as the chemical was used as an anesthetic. However, in reality, no one has ever proven that it has been successfully used to incapacitate someone during a non-lethal criminal activity – at least not without the use of another drug like alcohol. It just doesn't work like it does in the movies.

It takes at least five minutes of inhaling chloroform fumes to render someone unconscious. After that, a continuous supply must be administered to the victim in order for them to stay under. Failure to keep the chin supported will result in the victim's tongue blocking their airway and suffocating them. So, the whole notion of sticking a rag over someone's mouth, throwing them in a trunk and then waiting for them to wake up in a few hours is just not going to happen.

2Police Can Trace a Call Immediately 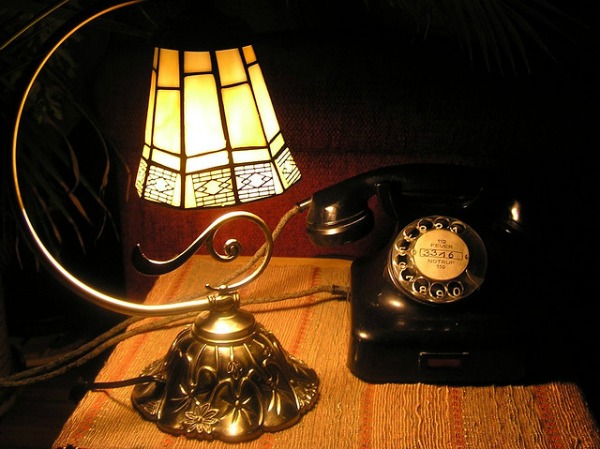 In the movies, every time the police have to trace a call, they have to keep the person talking long enough for the process to work. However, this hasn't been true since the seventies when phone carriers stopped using operators and switchboards and started using electronic switching mechanisms. The same technology that allows your caller ID to recognize a call also allows police to locate the call.

Cell phones operate a little differently since they aren't tied to one specific location. Even so, police can instantly track a phone that has GPS activated, and they can even use cell towers to triangulate the location of a phone without GPS. While shows like to present the triangulation process as instantaneous, it can take up to half an hour, but the call only needs to be connected for a second before triangulation begins. 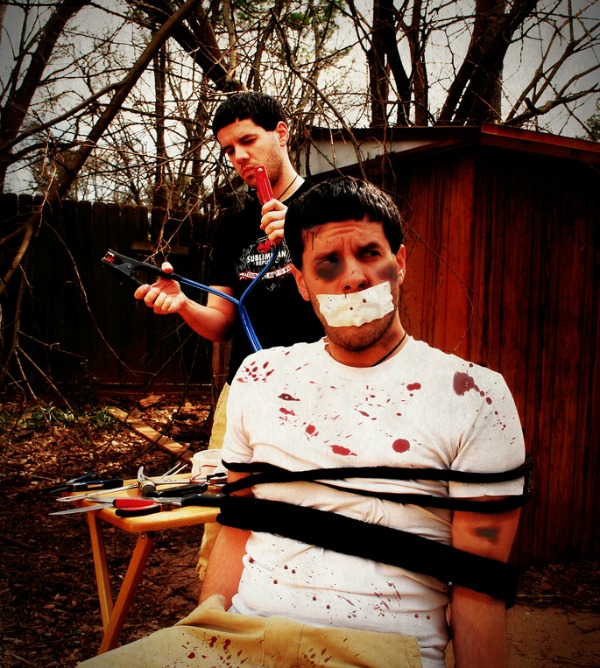 Whether it's Jack Bauer, Daredevil or a James Bond villain, they all agree that the best way to get information from someone when you don't have much time is to use physical torture. Their choice to do so isn't only unethical, it's also downright stupid as study after study has shown that torture doesn't get fruitful results.

Imagine you're being tortured for information that you don't know or that you've already revealed, but your tormentors didn't believe. What would you do? For most of us, the answer would be to tell the interrogator whatever he wanted to hear so the torture would end. Terrorists and other "bad guys," think the same way, which is why information recovered from torture is almost always untrue. This is almost worse than having no information because it tends to slow down investigations with false leads.

So if torture doesn't work, what does? Talking to someone like a human being and being nice to them. Believe it or not, that's what the CIA says works best, regardless of what you've seen on screen. Of course, that isn't nearly as riveting as waterboarding someone, which is why torture will continue in fictional stories, no matter how bad its reputation in the real world is.

4You Should Never Administer A Drug Straight Into the Heart 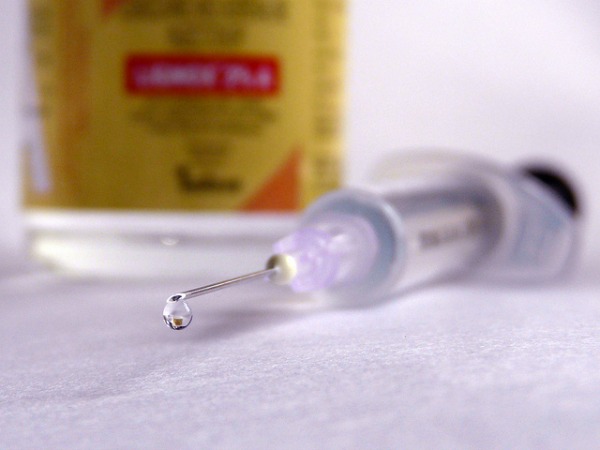 Injecting medicine into a person's bloodstream through a vein is a pretty effective method of distributing a drug, given that blood circulates through the entire body in less than a minute. Shooting something directly into the heart would deliver the drug instantly, but would also leave the person with a hole in their heart. This could easily cause them to bleed to death, and there's a high likelihood of a lung puncture in the process, which could also be fatal. Putting a needle into a vein might not be as exciting as slamming it through their sternum, but it's a heck of a lot better way to save someone's life. 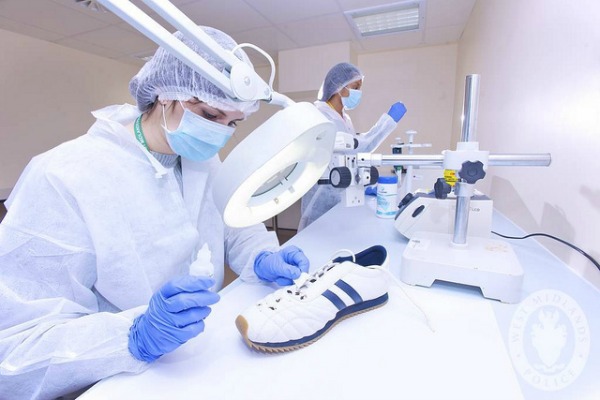 If you've ever watched CSI, NCIS, Law & Order or any cop shows in the last two decades, you're probably familiar with forensic science and its important role the criminal justice system. While forensic science is vital to helping provide evidence critical to putting someone behind bars, it doesn't solve a crime on its own.

On TV or in movies, investigators find a loose hair, a speck of blood, a used cup, chewed gum, etc. at a crime scene. That evidence is often all they need to solve a crime. There are more than a few problems with that image, however. Firstly, any given crime scene is usually littered with DNA, and not just from the guilty party. A passing stranger can contaminate a crime scene with their DNA.

Even if police find DNA that is guaranteed to belong to the person responsible, they still have to find a suspect and match it to him or her. Only around 3% of the general population has their DNA in government databases. The government is only allowed to catalog DNA from convicted criminals and a handful of other individuals, and in most cases, it won't match to someone already in the system.

Lastly, forensic labs are few and far between (few police departments have their own dedicated team like you see on TV) and as a result, they are usually backed up for months. Even if police found the DNA of someone guilty of a murder and they were in the system, it would still take months for the report to be processed.

A real investigation depends more on the legwork of police than it does in forensic science. In most cases where there is forensic evidence, it is only one aspect of helping prove a suspect's guilt. 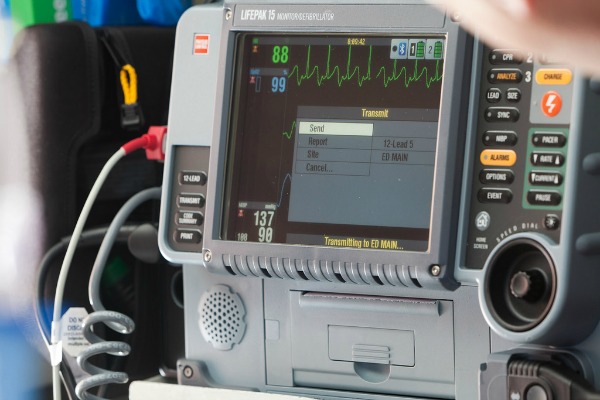 It's always a dramatic moment on-screen when someone's heart stops and a nurse or paramedic grabs two paddles, rubs them together and announces "clear" before shocking the victim back to life just in the nick of time. In real life, however, when there is no heartbeat at all, providing a shock to a patient's chest won't start the heart back up–it will just shock them needlessly.

Defibrillators are useful, just not when someone is flat lining. The device works when someone is going into cardiac arrest, and their heart is essentially beating out of time. Instead of a straight line going across a heart monitor, you'd instead see lines bouncing all around, as the heart itself looks like it's having a seizure. A defibrillator is critical in this situation because it restarts the system and puts everything back into its proper rhythm. 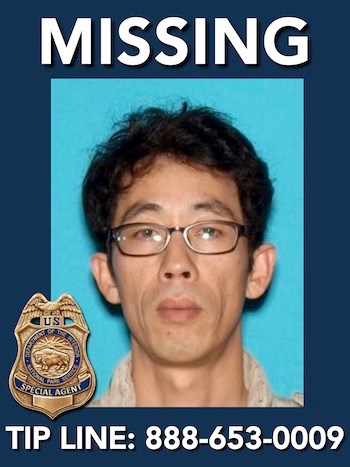 On TV and in movies, those with missing loved ones are almost always told they have to wait anywhere from 24 to 72 hours before they file a missing person's report. The only real rule about filing a missing persons report is that the person filing must be a close family member (or legal guardian). Even this can be waived in some cases – particularly in situations involving children.

Law enforcement agencies consider the first 24 hours of a kidnapping to be the most important. If you couldn't file a missing person's report until after this period ended, the likelihood of finding someone who was missing due to a kidnapping would be drastically lower.

Of course, if an adult is missing and there are no reasons to believe the person is in danger, the police might not do much just because a report has been filed. Plenty of people disappear for short amounts of time, often on purpose.

8Pleading Insanity is a Terrible Way to Fight Criminal Charges 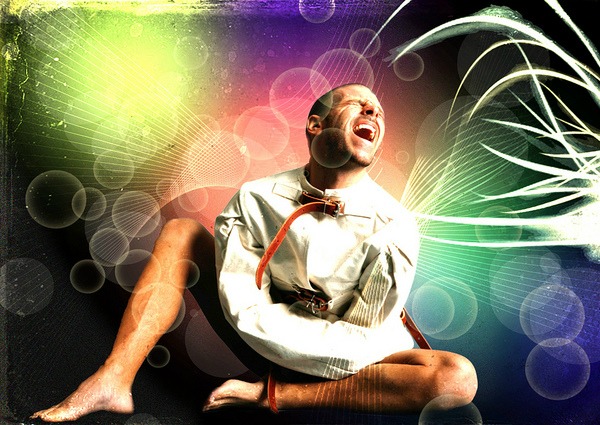 If you watch enough crime shows and movies, you may wonder why we bother arresting serial killers and other dangerous criminals when they all seem to get off thanks to an insanity defense. In real life, there's a good reason you don't see a bunch of crazed killers running the streets – the insanity defense doesn't work very well.

Three states don't even allow defendants to use the insanity defense. Of those that do, multiple studies have shown that lawyers only use the strategy in less than 1% of felony cases, and it's successful in less than 25% of those. When the defense is successful, that's usually only in a plea bargain where the prosecution agrees to settle on not guilty by reason of insanity plea.

If the plea works and the suspect is deemed not guilty due to insanity, the decision doesn't mean the defendant gets to go free. Instead, they are committed to a mental institution where they will get care for the condition that resulted in their committing a crime.They can only then be released if they are deemed mentally stable enough. Studies show that those acquitted of a crime by reason of insanity often spend twice as long in a mental health facility than they would have in prison if they were found guilty. And those that are released are often subject to long-term oversight to make sure they stay mentally stable and are no longer a danger to society. 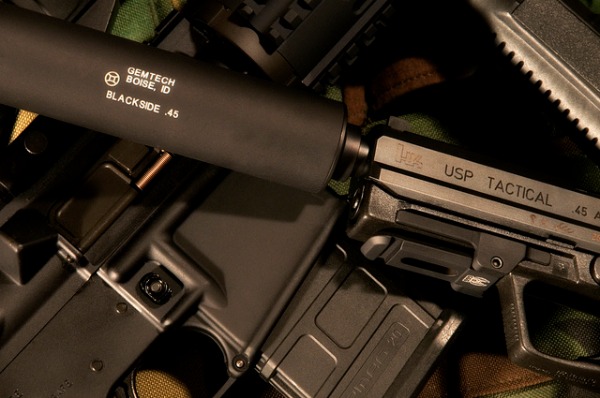 Both gun owners and salespeople always refer to the devices not as "silencers," but as "noise suppressors." That should give you a better idea of what a silencer does – there is no way to silence the sound of a gun. Suppressors do help quiet the sound of a gunshot, but they function mostly to help the hearing of the shooter – guns are still loud enough to be heard and identified for what they are.

This video should give you a pretty good idea of what a suppressor is and how well it works compared to the "silencer" you've seen in movies.

10Drowning is Boring and Quiet 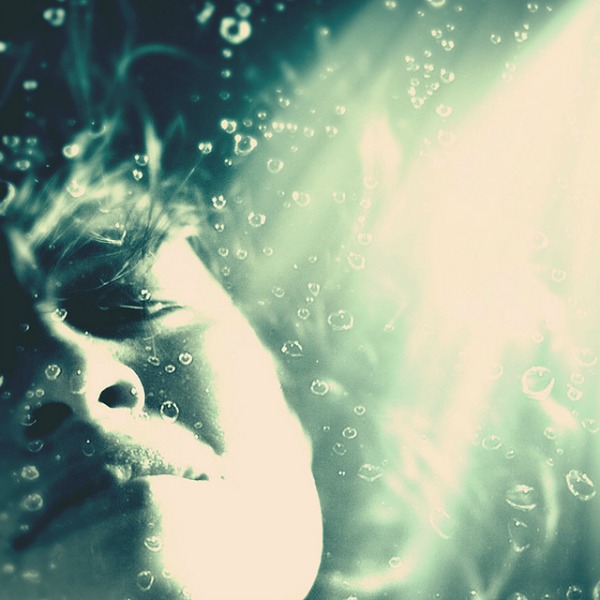 You've seen it in dozens of films – a person in water too rough or too deep starts to drown. They suddenly flail their arms in the air to get to the surface as they yell for "help." Unfortunately and in reality, drowning is a real danger to swimmers because it is hard to notice.

A drowning person struggles for air and can't shout for help at the top of their lungs. They also instinctively use their arms to push down on the water to get their mouths above it so they can breathe.