While pilot suicides are indeed rare, they do happen. At least 44 private pilots have committed suicide in the past 30 years by deliberately crashing their small airplanes in the U.S alone. All of the suicidal pilots were men, and most had recently faced break-ups with wives or girlfriends, or had confronted legal troubles, according to NTSB reports.

Check out the tragedies below, which bear striking resemblance to the still unfolding events surrounding Germanwings Flight 9525.

As of this writing, the story behind the Germanwings crash in the French Alps on March 24, 2015 is still being played out. What we know so far:

Transponder data shows that the autopilot was reprogrammed by someone inside the cockpit to change the plane's altitude from 38,000 feet to 100 feet. Attention has focused on the 27-year-old co-pilot, Andreas Lubitz, who appeared to have locked the pilot out of the cockpit and deliberately crashed the plane.

The voice transcript from the flight, which has been published by German tabloid Bild, reveals how Lubitz encouraged Captain Patrick Sondenheimer to go to the toilet before locking him out of the cockpit. After completing mid-flight checks, Lubitz told the captain: “You can go now," after Sondenheimer had previously said he had not had time to go the toilet before leaving Barcelona. The captain leaves the cockpit saying: “You can take over."

Soon after there is a loud bang, followed by the captain shouting: “For God's sake open the door!” There are then repeated bangs, believed to be from a crowbar or ax against the door. The plane continues descending as an automated warning says, “Terrain, pull up.” The pilot continues shouting: “Open the damn door!” In the final moments, the aircraft's right wing clips a mountain while the passengers scream.

While there is yet no motive behind Lubitz' actions, German investigators said he hid evidence of illness from his employers, including a sick note that was found torn up inside his apartment in Dusseldorf dated from the day of the crash. He was also said to be concerned his deteriorating vision could see him lose his pilot's license and was suffering from burnout and depression. Medical records also reveal that Lubitz was suicidal and underwent psychotherapy before he ever got his pilot's license.

Lubitz passed his annual pilot recertification medical examination in summer 2014. An official with Lufthansa, which owns Germanwings, said that the exam only tests physical health, not psychological health. 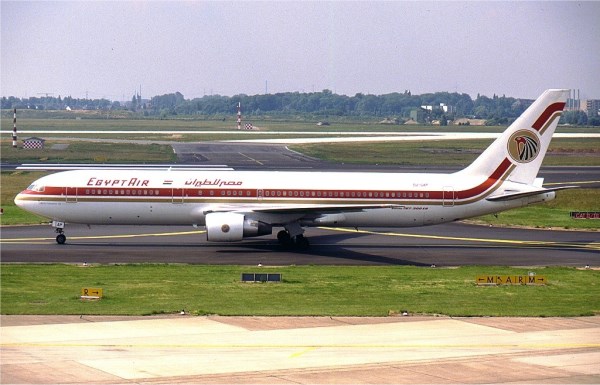 There is still some speculation between governments (Egyptian and U.S.) as to what exactly happened when EgyptAir Flight 990 crashed into international waters on October 31, 1999, killing 218 people. A subsequent investigation by the American National Transportation Safety Board (NTSB) concluded that the cause of the crash had been a deliberate act by the relief first officer, but an Egyptian inquest into the incident found that the crash had been caused by mechanical failure.

One of the two pilots on the flight, Gamil el Batouty, assumed sole control of the plane shortly before directing the 767 into a 40 degree dive, the NTSB said after it finished its investigation into the incident.

Also, according to analysis of the plane's voice recorder, when the other pilot, Captain el Habashy, returned to the cockpit he desperately tried to reverse the jet's descent, but el Batouty thwarted his colleague's efforts to save the plane by shutting down its engines.

On a garbled tape recovered from the crash, el Batouty seemed to declare, "I place my fate in the hands of God" several times before shutting off the plane's engines. (According to some news sources, el Batouty instead stated,"I rely on God.")

The NTSB later leaked its conclusion that el Batouty most likely committed suicide, taking all 217 passengers on board with him.

Of the Egyptian Civil Aviation Authority's findings, aviation journalist William Langewiesche said, "Whereas in the case of the Egyptians, they were following a completely different line of thinking. It seemed to me that they knew very well that their man, Batouti, had done this. They were pursuing a political agenda that was driven by the need to answer to their higher-ups in a very pyramidal, autocratic political structure. The word had been passed down from on high, probably from Mubarak himself, that there was no way that Batouti, the co-pilot, could have done this. For the accident investigators in Egypt, the game then became not pursuing the truth but backing the official line." 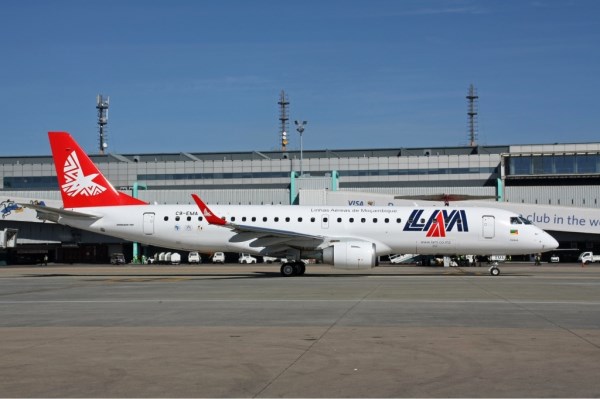 Two years before Andreas Lubitz orchestrated the Germanwings tragedy, an eerily similar scenario played out in Mozambique. A Mozambique Airlines flight crashed killing all 33 people onboard. Captain Herminio dos Santos Fernandes manipulated the autopilot in a way which “denotes a clear intention” to bring the plane down.

Flight TM470 was headed for Angola on November 29, 2013 when it went down in torrential rains in the swamps of Namibia's Bwabwata National Park. Six crew and 27 passengers including 10 Mozambicans, nine Angolans, five Portuguese, and one citizen each from France, Brazil and China were killed.

Dos Santos Fernandes locked himself inside the cockpit, ignored warning signals and did not allow his co-pilot back in, moments before the Embraer 190 hit the ground. The altitude was manually changed three times from 38,000 feet to 592 feet – below ground level – and the aircraft's speed was also changed manually. Airbrake parameters showed the spoilers (aerodynamic resistance plates on the wings) were deployed and held in that position until the end of the recordings, which proved the throttle was manually controlled.

The pilot's motives are still unknown. 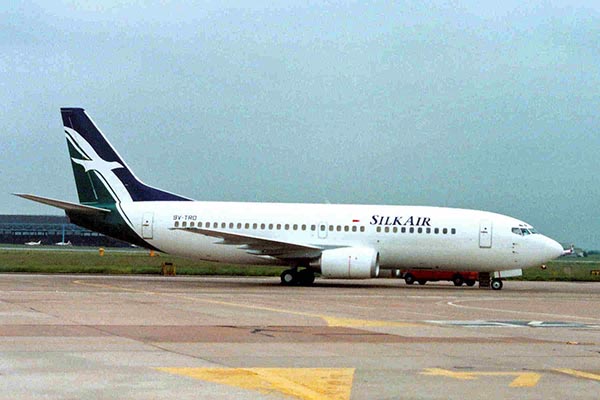 SilkAir Flight MI 185 took off from Jakarta, Indonesia, at 3:23 p.m. local time December 19, 1997 and was headed north toward Singapore. The weather was clear, and the jet was nearly new. The aircraft had reached its cruising altitude of 35,000 feet over the island of Sumatra when it suddenly nosed down, diving at supersonic speeds until it smashed into a river, killing all 104 people aboard.

The plane hit with such force that the largest piece of wreckage found was a scrap of fuselage 10 feet long. Rescuers recovered only fragments of bodies. Investigators located the cockpit voice recorder and the flight data recorder, but both had stopped working before the plane began to plunge.

The U.S. NTSB, which also participated in the investigation (with Indonesian authorities), concluded that the evidence was consistent with a deliberate manipulation of the flight controls, most likely by Captain Tsu Way Ming. Investigators discovered he had had financial problems at the time of the ill-fated flight. Shortly before the crash, he had arranged for an insurance policy to protect his wife and their three children from having to pay the balance of their home mortgage in the event of his death or permanent disability.

On December 12, he was told that his application had been accepted. He posted a check for the first premium payment on December 16, and the insurance took effect on December 19 – the day of the crash. 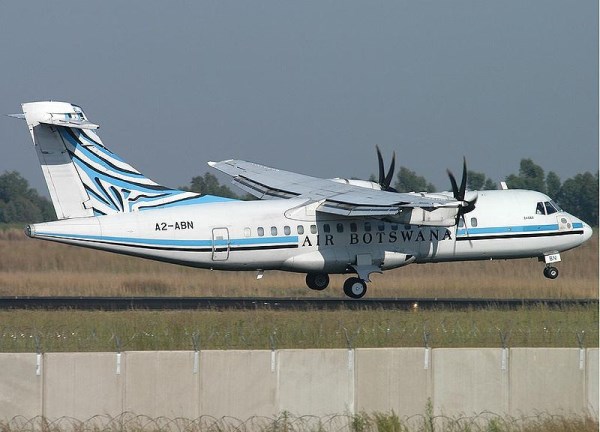 Chris Phatswe, a suicidal Air Botswana pilot, crashed his plane on October 11, 1999, destroying all but one of the airline's fleet.

Phatswe took off from Gabarone's Sir Seretse Khama airport and circled in an empty ATR-42 for almost two hours. He radioed the control tower and announced: "I intend to kill myself."

The pilot demanded to speak to Botswana's Vice-President Ian Khama and "was about to be put through to his office when the plane ran out of fuel," said Air Botswana general manager Joshua Galeforolwe. Phatswe then threatened to crash it into an Air Botswana office building to settle an apparent grudge with the airline's management.

After being told by the control tower that there were people in the Air Botswana building, Phatswe crashed the plane into two other ATR-42s on the tarmac, destroying the aircraft and himself in a fireball.

Phatswe had previously been grounded due to ill health, and took the plane without permission. "He was grounded because in the view of Air Botswana he was unfit to fly," said John Williams, the national carrier's commercial manager. Other sources said that Phatswe had repeatedly warned airport authorities that he was going to kill himself.

Air Botswana operations were crippled as a Phatswe's actions. After the crash, the airline only had one plane left – a BAe-146 which was grounded with technical problems. 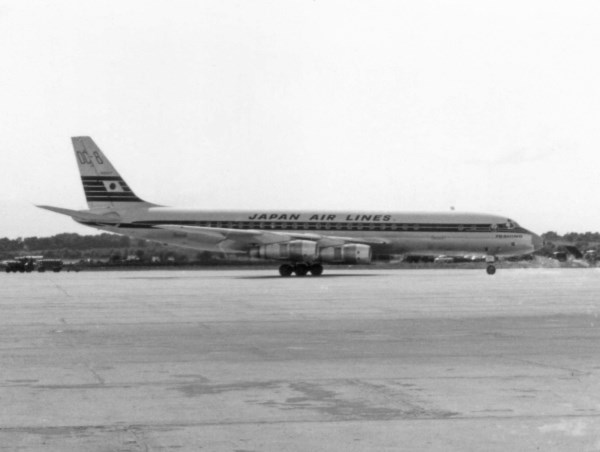 In 1982, Captain Seiji Katagiri, then 35, put the engines of a Japan Airlines DC-8 into reverse with a control lever, causing the plane to lose altitude. Of the 174 people onboard, 24 died.

It was reported that Katagiri "was in an abnormal state, crying out loud in the cockpit'' as the DC-8 approached the airport. He deliberately threw two of the four engines into reverse in an attempted suicide. The first officer and flight engineer worked to restrain him and regain control. Despite their best efforts, the plane's descent could not be completely checked, and it touched down in shallow waters of Tokyo Bay 300 meters (980 ft) short of the runway.

Once on the ground, Katagiri was one of the first people to take a rescue boat and reportedly claimed to first responders that he was an office worker to avoid detection.

There were claims that Seiji Katagiri had been suffering from hallucinations and feelings of depression prior to the flight. He once summoned police to his two-story house near Tokyo because he was convinced it was bugged, but a thorough search turned up no eavesdropping devices. On three occasions, his employers had urged him to see a psychiatrist. He was granted one month's leave in November 1980 for a "psychosomatic disorder," but was again cleared to fly. He was later charged with professional negligence resulting in death but was found not guilty by reason of insanity. 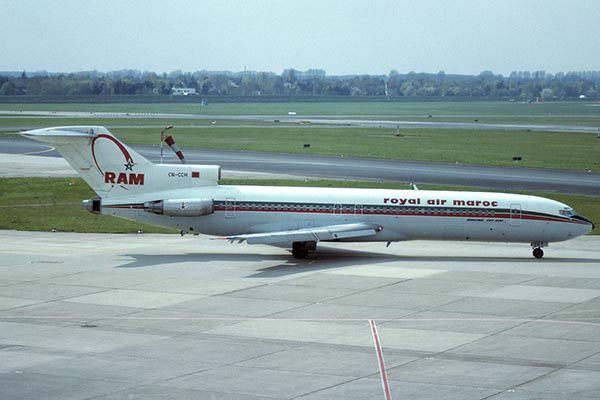 The co-pilot on the flight sent a distress signal but was unable to stop her colleague from carrying out his suicidal impulses. "Help, help! The captain is . . . ," co-pilot Sofia Figugui screamed before she was cut off.

A statement by an investigative commission Khayati "disconnected the automatic pilot and directed the aircraft toward the ground." It cited "the deliberate wish of the pilot to end his life."

The plane smashed into the Atlas mountains 10 minutes after takeoff from the southern city of Agadir for Casablanca.

The dead included an American, a Kuwaiti prince and eight Italians. 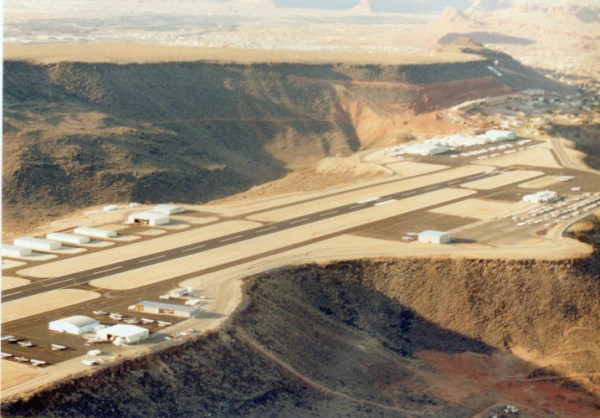 In 2012, pilot Brian J. Hedglin stole a Skywest plane while being sought on suspicion that he had killed his former girlfriend. Hedglin, then 40, set the empty regional jet in motion on the tarmac of the St. George, Utah airport then killed himself with a gunshot to the head.

Police reports suggest the pilot intended to take off in the aircraft, but may have been foiled when a safety clip on the landing gear was damaged, leaving him unable to steer the plane on the ground.

The plane rolled a short distance. Its wing clipped the terminal building before crashing through a fence and ramming into a half-dozen cars. Evidence indicates that while the plane was in motion, Hedglin left the cockpit, entered the cabin and shot himself in the head.

Hedglin was a suspect in his former girlfriend's murder. Christina Cornejo, 39, had been found dead of multiple stab wounds at his residence in Colorado Springs. Both Hedglin and Cornejo had served in the Colorado Army National Guard. 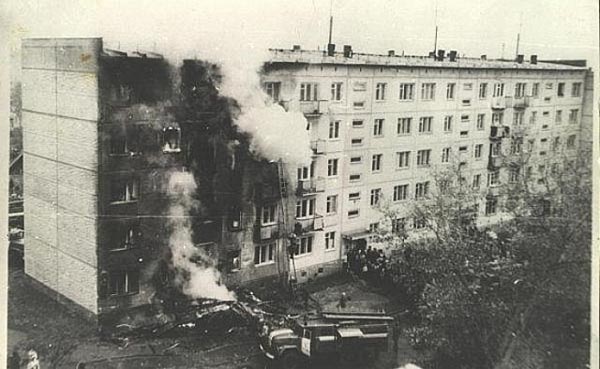 Early in the morning on September 26, 1976 pilot Vladimir Serkov made ??an unauthorized takeoff in an An-2 aircraft from Severny Airport in Novosibirsk, Russia. He circled over the city for some time at an extremely low altitude and rammed his plane into a residential building.

The aircraft hit the building between the third and fourth floor near the staircase, breaking a hole in the wall about 2 feet in diameter. Serkov was killed in the collision, which caused a fire and killed 4 other people.

During the investigation, it was discovered Serkov's ex-wife lived in the building with their child. Apparently, the pilot decided to end his life, and at the same time take revenge on his wife. However, neither she or anyone else related to Serkov were home at the time.