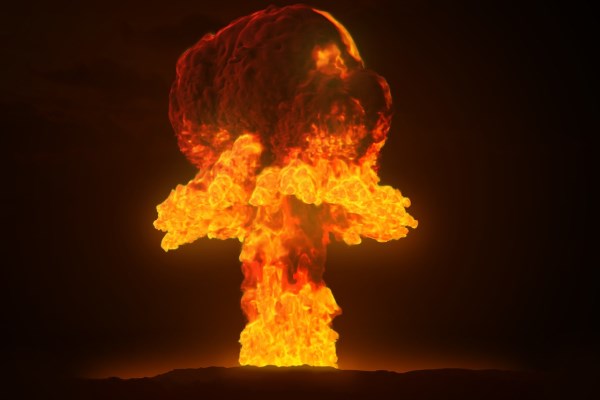 Imagine serving as a colonel of the Soviet Air Defense Forces when one day your command center's early nuclear warning system goes off, informing you that the US has launched a missile that is headed straight for you. Most of us would probably call our supervisors to warn them and run into the closest shelter we could find before curling up into a little ball while crying.

Fortunately, Stanislav Yevgrafovich Petrov had a cool head when that exact situation presented itself in 1983. After examining the situation, he determined the report was a false alarm and reported it as such to his superiors, likely preventing nuclear retaliation and a massive war that could have created a nuclear wasteland across the globe.

Petrov may not have received the credit he deserved from his Soviet superiors, but he may soon become a household name after a recent and widely praised indie flick based on his story, The Man Who Saved the World, was released in October. 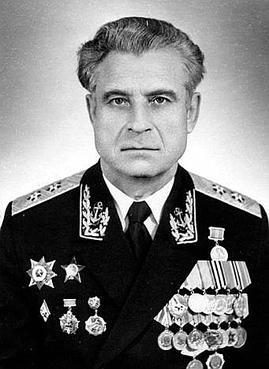 There is generally a lot of confusion during war, and that was particularly true during the Cold War, when both sides were just waiting for the other to strike. Just like Stanislav Yevgrafovich Petrov, Soviet naval officer Vasili Alexandrovich Arkhipov kept a cool head and prevented a full-on war between the USA and the USSR.

In 1962, during the already stressful Cuban Missile Crisis, Arkhipov's nuclear-armed submarine was discovered by US forces and surrounded by eleven Navy destroyers and an aircraft carrier. When American forces started dropping practice depth charges on the sub in hopes of forcing it to the surface so it could be identified, those in the sub weren't sure if they were under attack or not. Because the sub was too deep under water to monitor radio broadcasts, the soldiers inside had way of knowing whether a war had started or that the charges being dropped were only practice rounds.

The sub's captain, Valentin Grigorievitch Savitsky, believed they were under attack and wanted to launch a nuclear torpedo at American forces. Fortunately, protocol required three officers on board to agree to the launch and while Captain Savitsky and political officer Ivan Semonovich Maslennikov were in favor of the launch, Arkhipov was against it. Eventually, Arkhipov persuaded the others to surface and await orders from Moscow, averting a nuclear war. In 2002, the director of the National Security Archive thanked Arkhipov publicly by saying "a guy called Vasili Arkhipov saved the world." 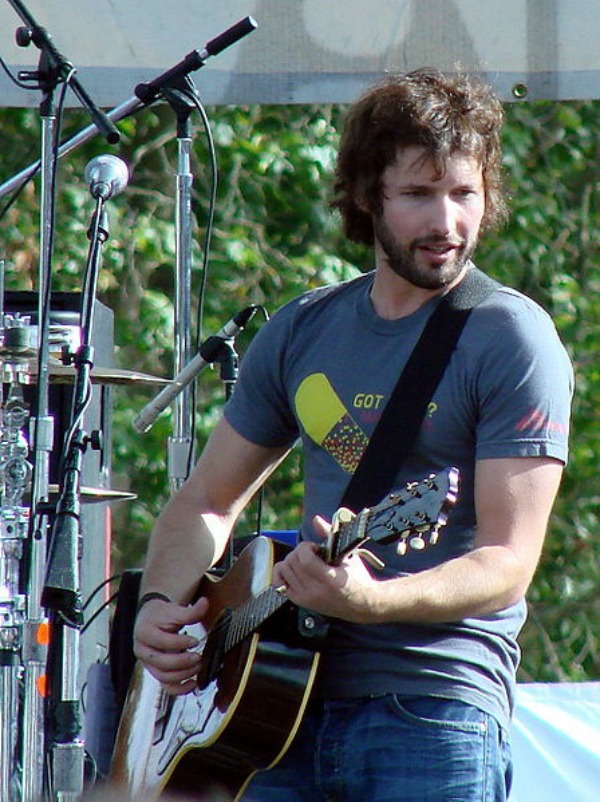 Today, James Blunt is a successful musician, but in 1999, he was a British soldier serving in Kosovo. After being ordered to seize an airfield, he ran into a snag – the Russians had already taken over the space. His supervisors ordered him to overpower the opposing soldiers, but Blunt refused, knowing full well that he could easily be court-martialed for his insubordination. Blunt believed that agitating the Russian forces on behalf of NATO would have been a sure-fire road to war.

Fortunately, General Mike Jackson backed his move, even stating at the time, "I'm not going to have my soldiers be responsible for starting World War III."

His decision turned out to be the right one as only a few days later, the Russian soldiers agreed to share the airfield in exchange for food and water, which they did not have access to otherwise. 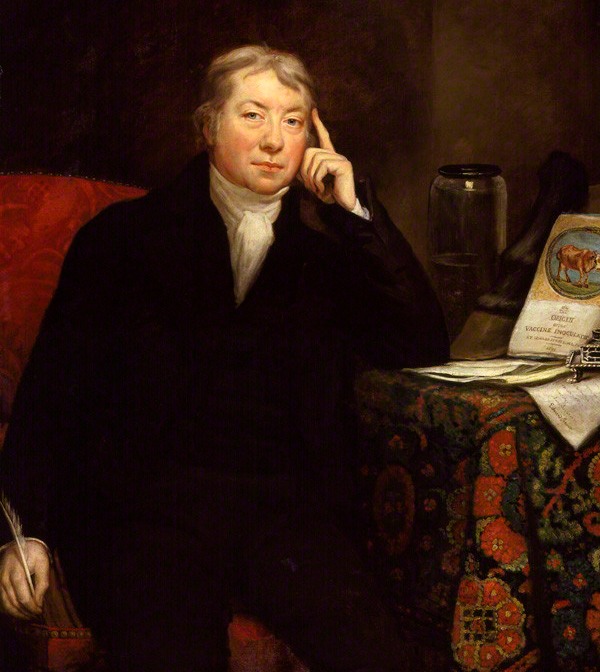 Regardless of what anti-vaccination advocates may claim, vaccines have helped save billions of lives, including deaths from smallpox, which has been wiped out completely thanks to the original vaccine that was developed by Edward Jenner.

Smallpox had been plaguing the world since 100,000 BC before it was finally eradicated completely in 1977.

In the late 1700s, Edward Jenner made a ground-breaking observation. He noticed that those who caught cowpox had become immune to smallpox. While a few other scientists had observed this correlation before, many of their attempts to inoculate people from smallpox ended up giving them the disease instead.

Jenner developed the first successful vaccination for smallpox in 1796 by injecting patients with a sample of cowpox. Soon his treatment spread across the globe, with some countries even making the vaccine mandatory. As science advanced along with transportation, smallpox became a less and less frequent problem, eventually dying out all together in 1977.

While inoculations existed before Jenner's development, they usually involved an injection of a less deadly strain of a disease. In fact, the word "vaccine" was created by Jenner who used the Latin phrase "Variolae vaccinae," meaning smallpox of the cow. In 1881, Louis Pasteur proposed the term "vaccination" be extended to cover all forms of protective inoculations, rather than just those dealing with cowpox.

It's easy to underestimate how deadly the disease was these days, but in the late 1800s, 400,000 Europeans died from it each year (a century after the vaccine was developed) and as many as 500 million people died from it in the 1900s. 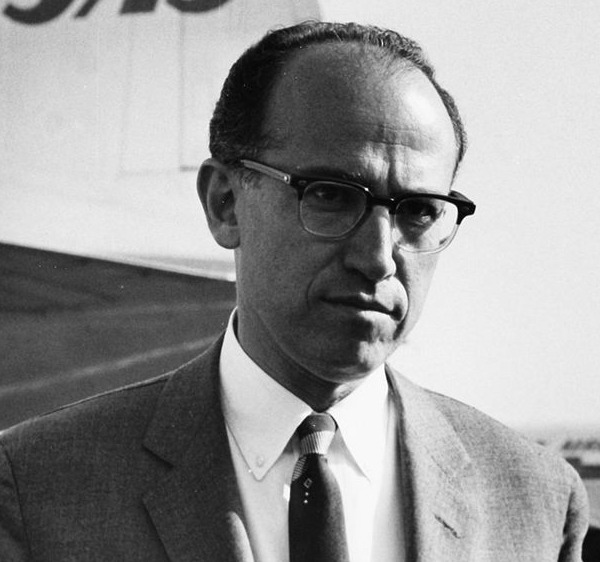 Depending on your definition of "saving the world," Jonas Salk may or may not qualify. After all, the world did survive with the polio virus, but the disease was incredibly dangerous, becoming more virulent every year and affecting a large percentage of the population. Salk stopped a plague that eventually could have become more deadly than the Black Death of the Middle Ages.

In 1952, the US alone lost 3,145 people to polio while another 21,269 were paralyzed from the disease, with most of the victims being children.

Jonas Salk started studying the disease in 1948 when the National Foundation for Infantile Paralysis hired him to determine the total number of varieties of polio virus. Luckily for us, the scientist didn't just stop with identifying the types of polio, but recognized that this information could help lead to a vaccine for the disease. His field trial was so massive that it required the help of 20,000 physicians and 1.8 million children who were vaccinated with his creation.

When the news of the vaccine's success was made public in 1955, countries around the world rushed to replicate his vaccine and to start inoculating their students. These days, polio is on its way to be eradicated completely, just like smallpox.

Perhaps even more amazing than Salk's contribution to science was his refusal to make personal profit from the vaccine, even neglecting to patent his formula. Forbes estimates that Salk easily could have made $7 billion on his creation! 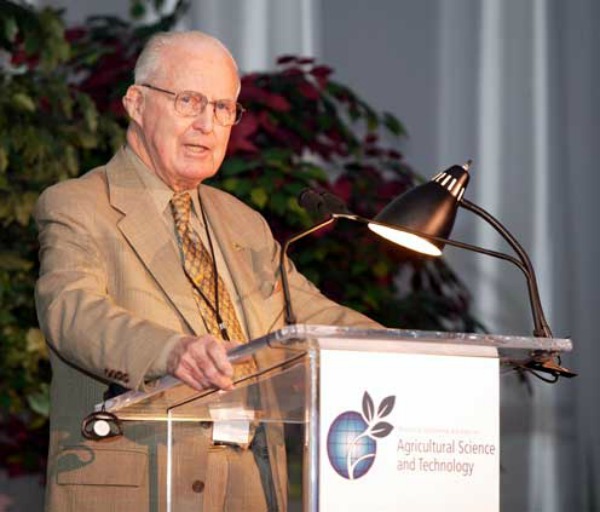 By the mid-1950s, scientists discovered a new plague that could wipe out millions: starvation. Sure, small numbers of people across the world have always gone hungry, but as the population continued to explode, the world's food supply couldn't keep up. Thanks to Norman Ernest Borlaug's agricultural breakthroughs though, food supplies have grown right along with the population.

It all started when Borlaug accepted a position as the director of the International Wheat Improvement Program in Mexico where he was tasked with increasing wheat production to help the struggling nation. When the project began, Mexico was importing most of its wheat supply, but after Borlaug perfected a wheat strain that produced high yields and resisted most diseases, the country soon started exporting wheat instead.

Not content to help only one country, the scientist then moved his research to India, which was in the midst of a ravaging famine, despite receiving massive shipments of grain from the US. After a number of delays, Borlaug's wheat finally made it to the country and was soon providing record-breaking yields in South Asia. Pakistan, India and Turkey were all quick to import the seeds after seeing its success.

India and Pakistan both doubled their wheat production, and are now self-sufficient when it comes to producing grains for the populace to eat. The success of these programs has been dubbed the "Green Revolution" and Borlaug is commonly referred to as "the man who saved a billion lives."

Despite facing criticisms from environmentalists and nutritionalists, Borlaug eventually brought his crops to Africa to help prevent starvation in the region. Borlaug is one of only seven people to win the Nobel Peace Prize, the Presidential Medal of Freedom and the Congressional Gold Medal. In addition, he also received the Padma Vibhushan, India's second highest honor available to civilians.

Most people on this list actively tried to make an impact on society, but Henrietta Lacks had no intention of helping the world and no idea she would make such a difference. It all started when Lacks visited John Hopkins Hospital in Baltimore after she continued to bleed long after giving birth. After being screened for STDs, her doctor performed a biopsy that revealed Lacks had cervix cancer.

Lacks returned to the hospital regularly for treatments and at some point, doctors removed two samples of her cervical tissue, one healthy and one cancerous. The cancer cells, taken without the patient's permission, ended up being remarkable in that they could be kept alive and grown in a laboratory setting, whereas most people's cells die within a few days.

Henrietta Lacks died in October of 1951, but her cells, dubbed "HeLa" cells, live on in laboratories around the world, where a total of over 20 tons of her cells have been grown.

"Sure, that's neat, but how did Lacks save the world though?" you may be asking.

As it turns out, the HeLa cells are critical in a number of modern medical advancements, including Salk's Polio vaccine, cloning research, gene mapping, radiation exposure and more. Cancer and AIDs treatments have been tested on the cells as have products like cosmetics, glue, tape and more. While over 11,000 patents have involved the use of her cells, sadly, her family has still never received compensation or an apology for the cells that were taken from Henrietta without her permission.