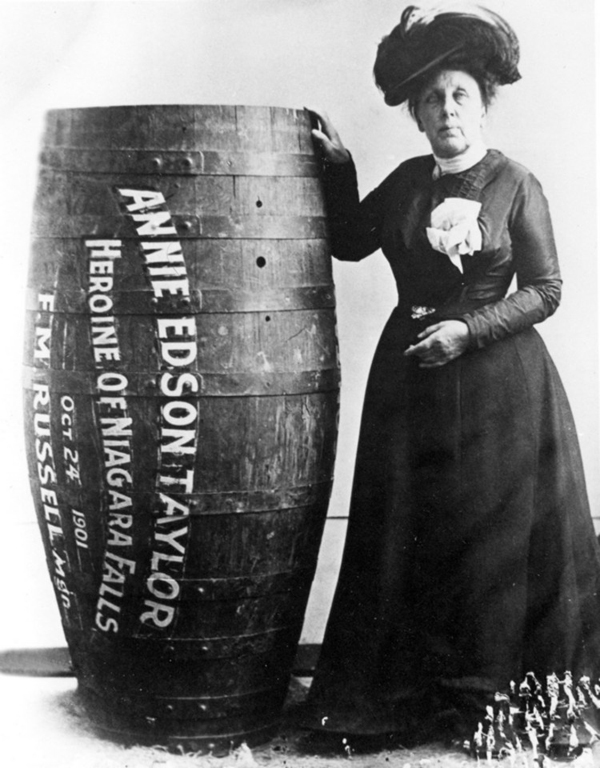 Annie Edson Taylor wasn't just the first woman to go over Niagara Falls in a barrel – she was the first PERSON to do so. She had spent most of her life as a teacher and dancer, but late in life she struck upon her barrel idea as a way to seek fame and fortune. She had a special barrel built that included cushions and an air hole and on her 63rd birthday (Oct 24, 1901) she made the historic plunge.

Although famous for a few minutes, she still died penniless in 1921 and her thrilling deed was hardly remembered... until now! 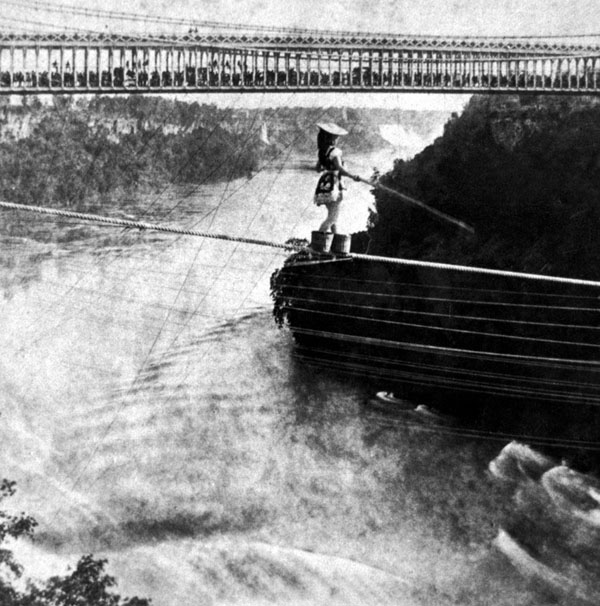 Another semi-forgotten female heroine was Italian Maria Spelterini, who was just 23 when she crossed the Niagara River Gorge on a tightrope as part of the US Centennial in 1876; she was also the first woman to perform this feat.

She didn't just do it once: she did it a second time blindfolded, once with peach barrels on her feet, and another time in chains, often in colorful, outrageous costumes.

3Debbie Lawler aka “The Flying Angel” 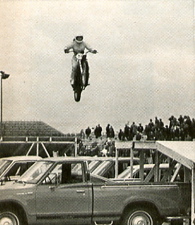 They called her “The Flying Angel” because of her good looks as well as her ability to defy gravity. In 1974, she beat Evel Knievel's indoor record of jumping 16 trucks at the Houston Astrodome, while wearing her “lucky” orange bra underneath her jumpsuit. She briefly became a household name, but after a mishap in 1974 from an unexpected tailwind, hung up her helmet for good.

Although Evel reclaimed the title (by just one car) she still holds the woman's record in jumping. Watch her go below: 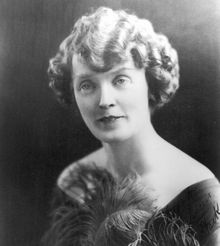 Mabel Stark (aka Mary Haynie) was the original “catwoman” – a fearless tiger trainer in a white bodysuit and knee-high leather boots.

The heyday of Stark's career was during the 1920s. She performed at Madison Square Garden and performed with 18 tigers at once. She was mauled seriously three times during her career, but worked for 57 years. Finally, at 79, after being fired from Jungleland, she overdosed on barbiturates, reportedly due to depression. 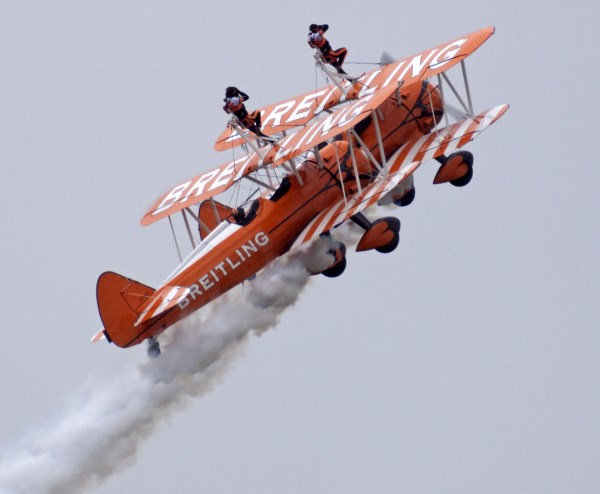 Here's a stunt even the men are afraid to try. Sarah Tanner, Danielle Hughes and Stella Guilding are known as the Breitling Wing Walkers, the only existing formation wing walking team in the world. Strapped atop classic Boeing Stearman biplanes, the trio perform gymnastics while the pilots take the planes through a series of loops, rolls, and upside-down maneuvers at speeds up to 150 mph. Watch them go below! 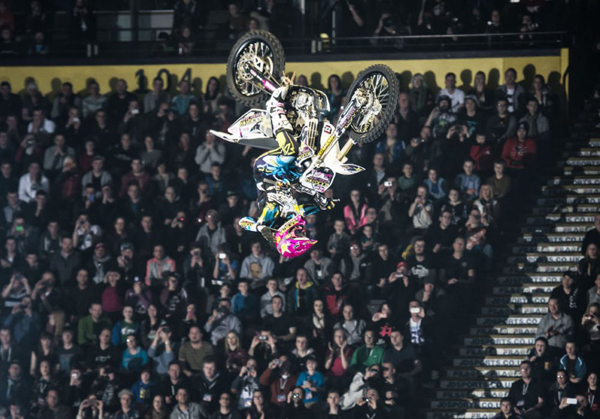 Jolene Van Vugt has taken the predominantly male world of motocross by storm. She is the only female performer in the Nitro Circus TV show, holds several Guinness World Records and is the first woman to do a backflip on a full-sized dirt bike. She continues to perform with Nitro Circus, smashing records and wowing audiences everywhere with her motorcycle antics. You'll “flip” for the video below: 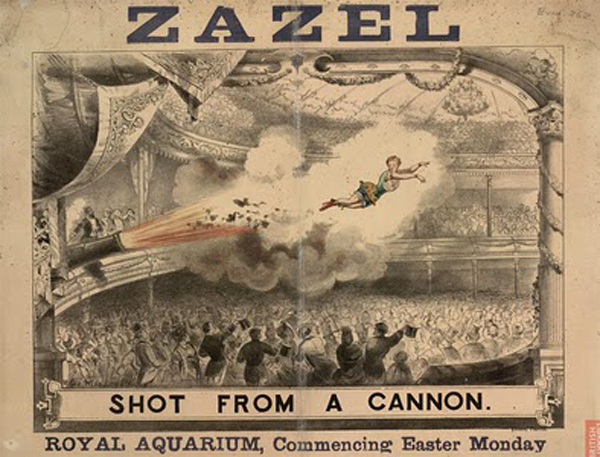 Her full name was Rossa Matilda Richter but she performed under the name Zazel, and is known as the first human to be shot from a cannon.

The date was April 10, 1877 at the Royal Aquarium of London and she was just 14-years old. The spring-loaded cannon shot her 6.1 meters and launched a new daredevil fad. Zazel went on to tour with PT Barnum, eventually breaking her back during a similar stunt.

According to Wikipedia, 30 human cannonballs have died in the ensuing years, mostly due to safety net failures.

Helen Gibson (born Rose Wenger) is credited as being the first professional stuntwoman in the movies. She first worked in rodeo stunts in the Midwest, but eventually made it to the West Coast where the film industry was still in its infancy.

One of her first stunts is also one of her most famous – a leap from a roof onto a moving train for the Adventures of Helen series. It was the success in this stunt that landed her the title role (and her name) replacing the original “Helen” which continued on for another 69 episodes. She went on to a 50-year career in Hollywood, retiring in 1962 at 69 years old. Watch her in action below and see why she is still considered one of the best: 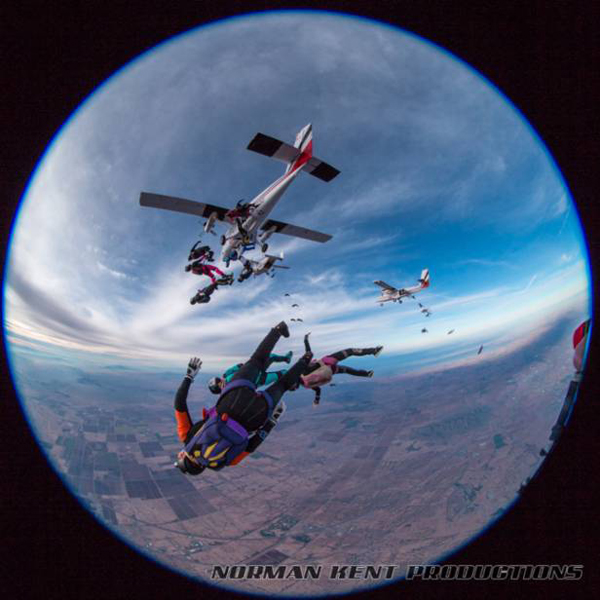 The record for most women in a vertical skydive was recently smashed by this team of 63 female daredevils who came together from 18 nations to achieve this feat. On November 30, 2013 in Eloy, Arizona they beat the previous record of 41.

Watch a video of their amazing stunt.

10Woman Covers Herself in Pheremones, Dances With Honeybees 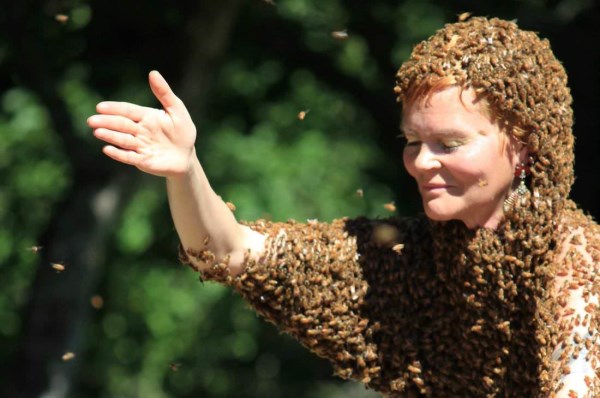 This stunt is all in the name of… art?!

Oregonian Sarah Mapelli is a performance artist who smothers her naked body in pheromones and then covers herself in 12,000 honeybees. She lets the flow of the bees guide her as she does what she calls a “bee dance.” Sure she's been stung, but Sarah feels this is a way to get closer to nature as well as express herself in a unique way. Watch: