Those of you who are still ranting about Game Of Thrones' Purple Wedding (yes, the episode where Joffrey chokes to death), we have something to help your withdrawals. After scouring the 'net, we've come across these 10 pampered brats who are the Worst Child Kings and Rulers ever. 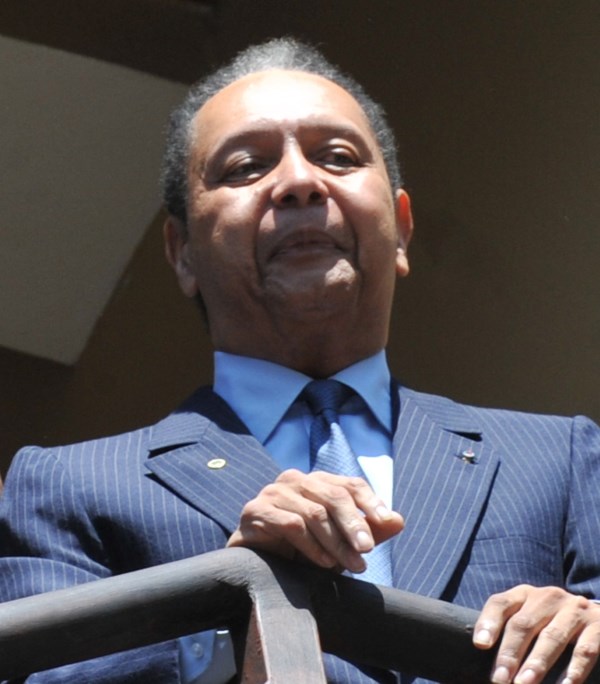 While he wasn't exactly a child when he came into power, Jean-Claude Duvalier of Haiti was just 19-years-old when he was declared President of Haiti.

Baby Doc came into power after his father named him as successor and made certain amendments to the constitution that allowed him to be the President for the rest of his life. Many believed his reign won't last long as Haiti was already in a miserable state, but he succeeded to rule the country for about 15 years.

Jean-Claude lived a lavish life while his citizens suffered in misery. His family grew rich by exporting cadavers and blood plasma to the United States. The rampant corruption also meant that none of the aid that came into Haiti was put to good use.

In 1979, Baby Doc's mother married her son in a voodoo ritual to renew a pact she made with the devil years ago. A year later, Jean-Claude married Michèle Bennett, a girl he knew since his teens. The icing on the cake for Haitian citizens was the $3 million dollar wedding celebration for Baby Doc – for everyone else, starvation was a way of life. The Duvaliers were forced to flee Haiti. Jean-Claude is said to have embezzled about $800 million during his term. 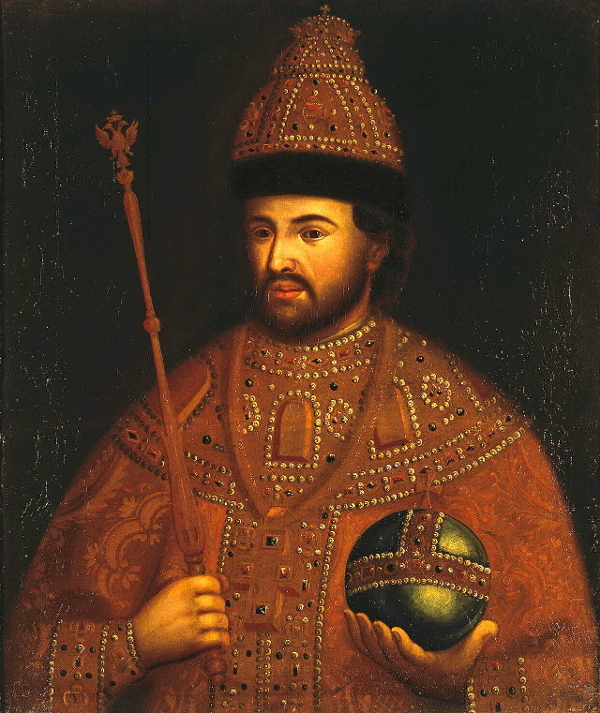 When the Czar Fyodor III of Russia died there was a brief moment of anarchy in Russia as he did not have any heirs to succeed him. A power struggle erupted with several relatives staking a claim to the throne. Eventually two of them were crowned Czars.

16-year-old Ivan had several physical and mental issues that rendered him an invalid. However, Sophia made Ivan her puppet and used the power vested in her invalid son to do her bidding.

This did not last long. Peter and his supporters overthrew Sophia and Ivan no longer participated in any governing activities. He was allowed to remain in his position until his death as he was quite civil towards Peter.

Ivan's last days were spent immersed in devotion and pilgrimage. Peter went on to be known as Peter the Great and brought about great reforms throughout Russia.

Ivan's descendants also enjoyed a prominent role in shaping Russia. His daughter Anna went on to become the Czarina in 1730. 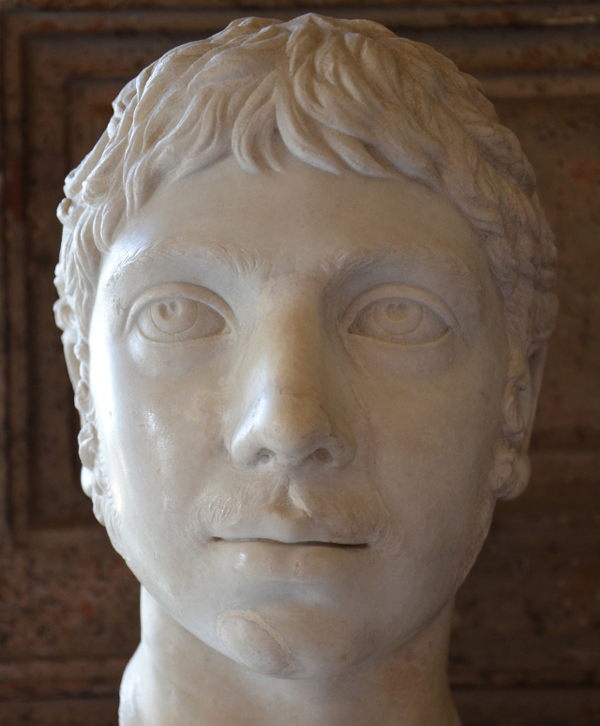 The Roman empire was filled with glory as well as eccentricity. It has given the world great artists, free thinkers, inventors and great minds that are celebrated to this day.

On the other hand, Rome is also credited with some notorious and eccentric rulers, like Nero or Caligula. Other tyrants include Elagabalus (Heliogabalus) and Marcus Aurelius Antoninus, who rose to power at the age of 14.

While not everything written about Elagabalus is true, from what we know it is evident that he does belong on this list. He served as a high priest to Elegabal in the Syrian town of Emesa before he became a king. Many scholars dispute his claim as the bastard son of the Roman emperor Caracalla, but he won the favor of the senate and gained power only to drive Rome to new lows.

His achievements include making Elegabal the head of Pantheon and marrying a vestal virgin (one of the most celebrated priestesses in Rome) while marrying his god to Urania, who happens to be a deity.

Elagabalus has also been known to have made human sacrifices, created a senate for women, built a tower for the benefit of those who would like to commit suicide and much more. While not all of these fascinating tales have been proven to be true, we can certainly say that Elagabalus is quite an intriguing character. 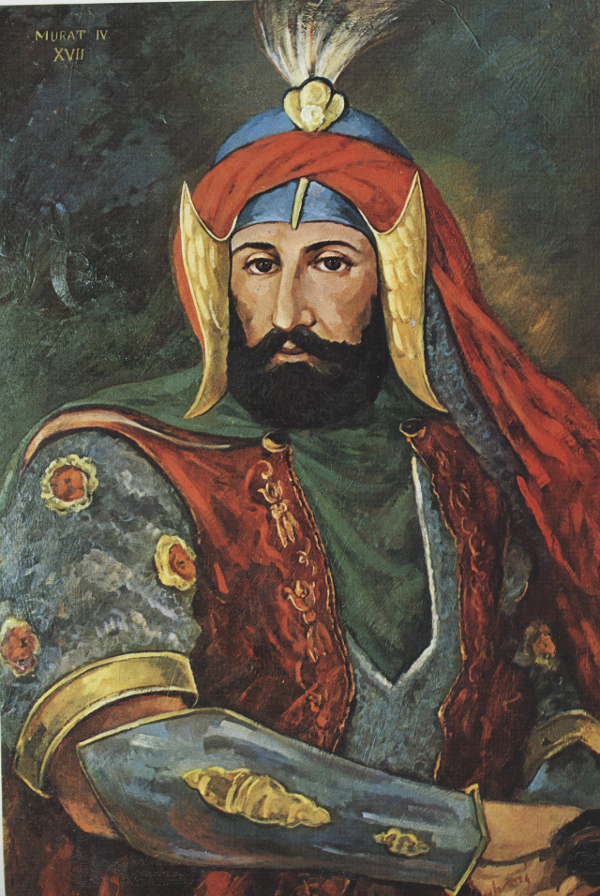 Murad IV was the son of Sultan Ahmed I and was born to the Sultan's favourite concubine Kösem Valide, who was Greek by origin and one of the most powerful women in the history of Ottoman Empire.

Murad IV rose to power sometime between 11 and 14 years of age and is one of the few rulers on this list to be successful. This could be attributed partly to his mother who held court on his behalf for about 10 years until Murad was ready to assume power.

While many historians suggest that Murad had accomplished a lot more than many of his predecessors combined, others highlight the iron fist with which he ruled and the deeds of tyranny he committed.

Murad was born at a time when the entire kingdom around him was constantly under attack. So, he adopted the violence he saw and used it to his advantage.

His achievements included killing his siblings and banning smoking as well as coffee throughout the Ottoman Empire. Those that defied him were hanged or impaled. Bodies were often exhibited publicly to deter offenders.

Historians also speak of incidents in which he drowned a merry group of women for dancing and killed his musicians for singing a Persian song. 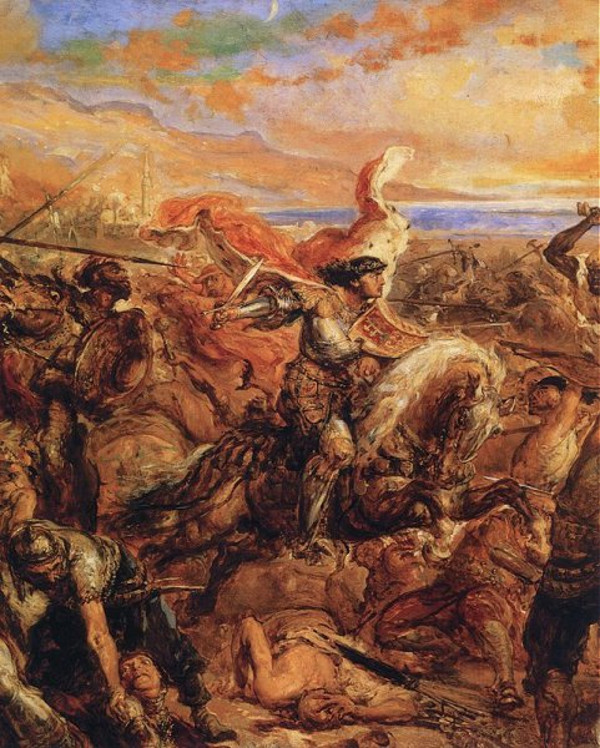 Wladyslaw III was primarily the king of Poland, but was also made the king of Hungary when the country was left with no ruler.

Wladyslaw tried all his life to drive the Ottomans out of the Balkan region and even gave his life in a Crusade. If you are still wondering how can that can be a bad thing, you must know that his reign over Poland and Hungary was completely overshadowed by the bishop of Kraków who was his adviser.

Wladyslaw was only 10 when he assumed power and ruled for 10 years. His reign was completely influenced and manipulated by the bishop of Kraków, whose only noteworthy achievement as an advisor was to win the Hungarian crown for the boy king.

While he did get an additional crown, nothing good came out of it. Wladyslaw lost his influence over Poland as he was an absentee ruler and all the affairs of the state were managed by the bishop. Also, the Hungarian king's widow and her supporters were constantly driving the country into a civil war that was ended by the pope so that Hungary can take part in the Crusades.

Once the conflict was resolved, Wladyslaw won the war against the Ottoman empire. A peace treaty was signed that required the Sultan of the Turks, Murad II (not the one we mentioned earlier in this list), to return all conquered territories taken from Hungary to the boy king. To make things worse, Wladyslaw splintered the deal after some manipulation from the bishop of Kraków and attacked the Turks again.

This time he wasn't so lucky. Hungary lost everything and Wladyslaw died in battle. 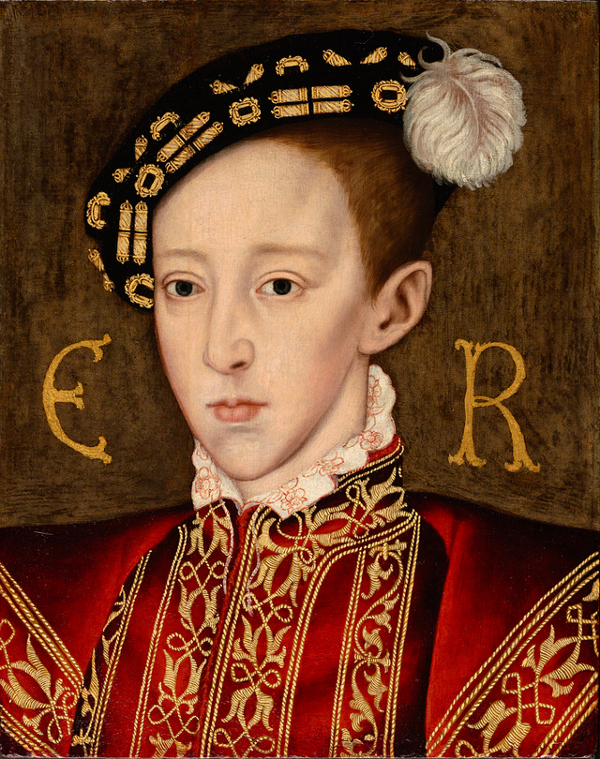 Edward VI or Edward of Cornwall was crowned the king of England at the age of 10 after his father Henry VIII passed away.

The birth of Edward was not easy and his mother died shortly after he was born. As a child, he was quite sickly and he did not reign for long after his coronation.

The only positive achievement Edward made during his lifetime was that he was more educated than many of his ancestors. He was tutored by leading scholars from Cambridge.

There is however, a disputed account of turmoil in court with the Duke of Somerset aiming to gain control over England. Edward kept away from politics and devoted himself to reforming the Church of England while the economy was steadily plummeting.

Eventually, Edward contracted tuberculosis and at the age of 16 he succumbed to his ailments. He died unmarried and left no heirs. 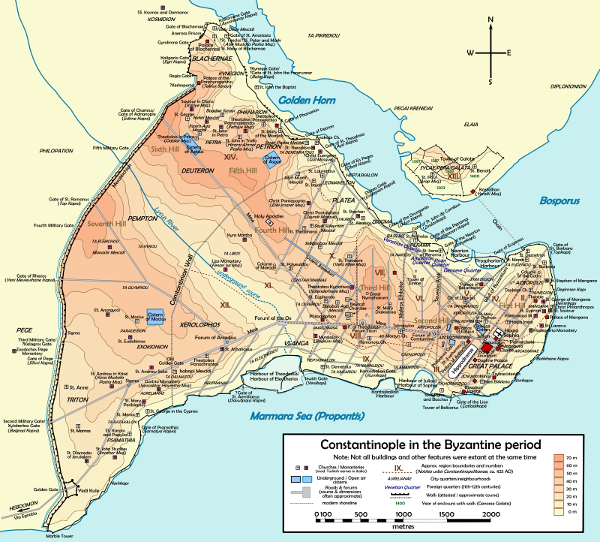 John V Palaiologos is the name of the 9-year-old Byzantine emperor who came into power in 1341.

John's reign was filled with turmoil and faction wars raging within the empire. He had several co-emperors, was deposed at least once during his reign and was taken prisoner by Hungary for defaulting on his loans. (Yes, that was a huge issue even in Medieval times.)

When John came into power, he too had a council to advise him and rule in his stead. However, his mother did not favor the council and formed a faction of her own.

This political struggle continued throughout John's life. Add to this the fact that the empire John had inherited was already quite weak, had lost most of its navy and the Turks were constantly at war with the Byzantines.

In a bid to save his empire, John sought the help of the Catholic Church and angered almost everyone in his court as well as his empire, as he had defied the Orthodox Church of Constantinople.

All of this led to the Byzantine Empire being reduced to a little more than the city of Constantinople when John V Palaiologos was through with it. John had always hoped for a Crusade and reinforcements from the Catholic Church. Sadly for him, the church wasn't very indulgent. 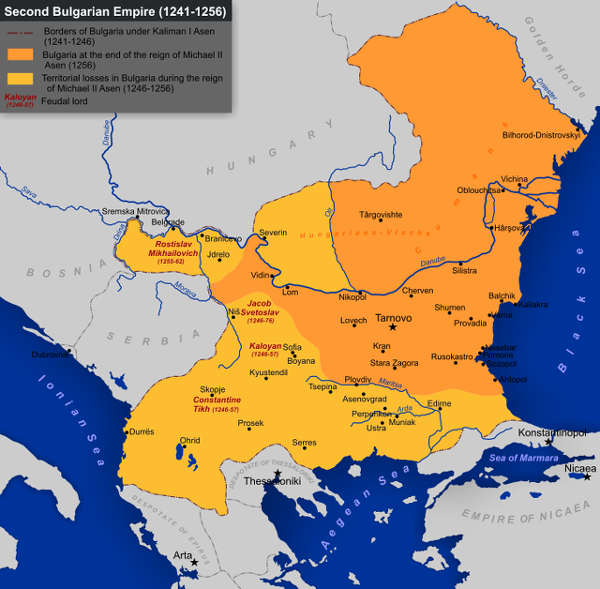 The Bulgarian Empire was at the peak of its glory when it captured Belgrade from Hungary. The crisis began soon after Ivan Asen died and his 7-year-old son Kaliman Asen rose to power.

Kaliman's reign lasted a mere 5 years and this is one of the reasons there is hardly anything written about him. Kaliman assumed power at a time when the Mongols were constantly raiding the weaker sections of Europe. When he was crowned, the Mongols saw that the Bulgarian Empire had weakened and plundered it to their heart's content.

Kaliman died at the age of 12 under suspicious circumstances. Some historians believe he was poisoned while others debate that he died of natural causes. Regardless the Bulgarian Empire did not recovered and it took almost a hundred years before it was stabilized. 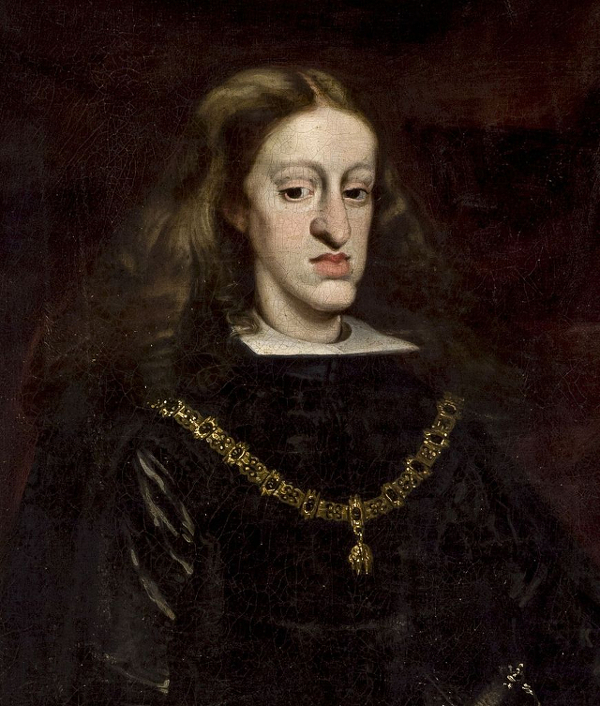 The Spanish monarchy was one of the most resilient and celebrated forces in history until the later part of the 1650s when monarch Philip IV fell sick and eventually passed away.

While this isn't something extraordinary, he was survived by a single heir, Charles II, who was known to be physically and mentally incompetent to rule thanks to centuries of inbreeding observed to keep the bloodlines pure. So the 4-year-old kid with special needs was made to wear robes and given a seat at the throne.

With Charles' condition it was quite obvious that neighboring rulers would eventually come knocking. To avoid this, a council including his mother, wife and half-brother was formed to rule in his stead. The council proved to be just as incompetent as Charles. Factions grew within the court and fights broke out between the them. As a result, the welfare of the subjects was completely neglected.

Charles' health began deteriorating and a crisis gripped Spain, as the king did not have any heirs. The prospect of welcoming foreign king did not go down well with Spanish subjects. A civil war erupted and the demise of Spanish empire occurred. 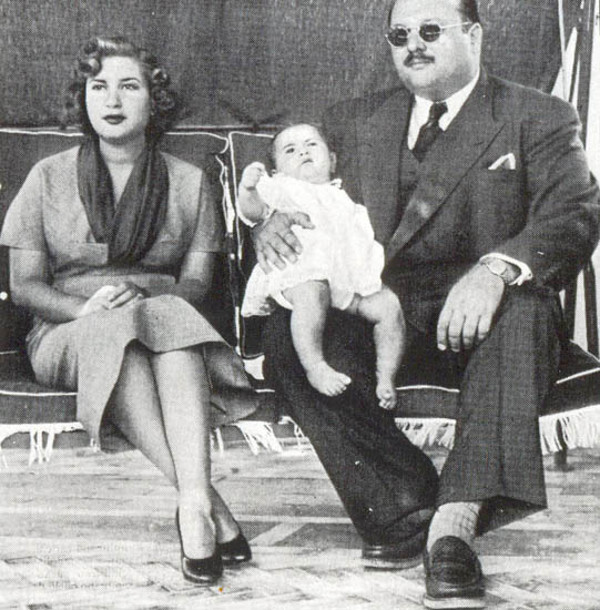 Fuad II of the Muhammad Ali dynasty is perhaps the youngest king to appear in this list. He was declared ruler by his abdicated father before he could even say “mama."

Fuad II reigned for 10 months and 23 days, during a period filled with revolution and political instability in Egypt.

Fuad's father King Farouk I was abdicated the throne, but he did not want to give up so easily. He crowned the infant thinking that this would bring about peace in Egypt by unifying the country. Things didn't turn out according to King Farouk's plans and Egypt was declared a republic after Fuad II was deposed in 1953.

To be fair, Fuad II wasn't exactly at fault –  after all what good can ever take place when you leave the affairs of your state at the hands of an infant?