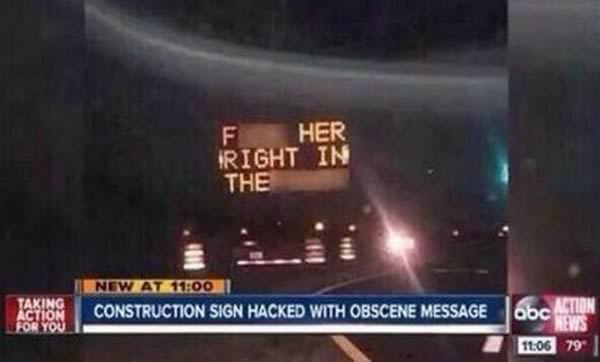 A shocking new meme has spread from the Internet to a roadside sign in Ruskin, Florida.

In July 2014, a road construction sign that was supposed to alert drivers to closed lanes was hacked to instead project the phrase, "F**k her right in the p***y."

Acme Barricades, the company that owns the sign, told the TV station that vandals somehow got into the computer on the sign. It has since changed the passwords.

The "FHRITP" phrase seen on the sign, obscene as it is, has become the Internet meme of the moment. Cincinnati filmmaker John Cain started the dubious craze in January when he uploaded a video of a fake news blooper where he pretended to be a reporter saying those words on air to the dismay of a shocked female anchorwoman, according to NewsNet5.com. Since then, he's uploaded two other fake videos where another man appears to interrupt a newscast to say the same very offensive six words.

Cain's videos were revealed to be a hoax by Mediaite, but the FHRITP meme has caught on. 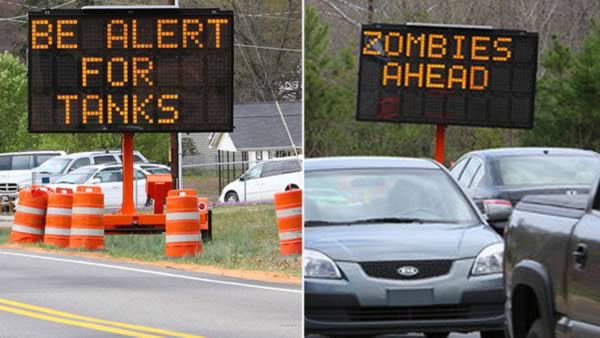 Hacked signs in South Carolina. If you want to try it, you can see the steps at Jalopnik. 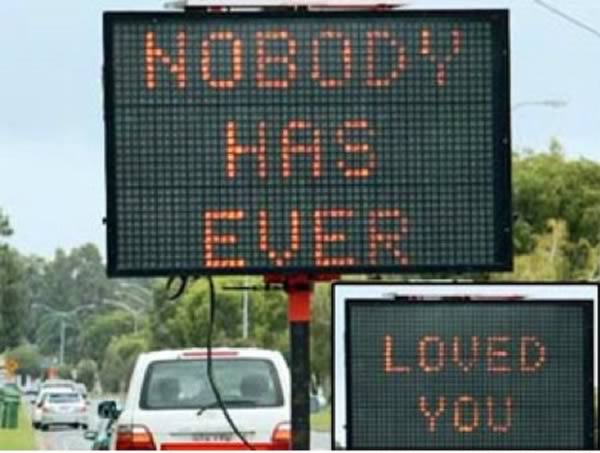 This sign is not only hacked, but it's also mean! 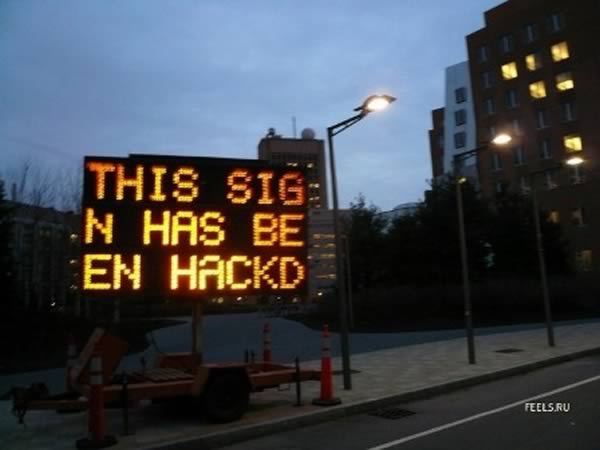 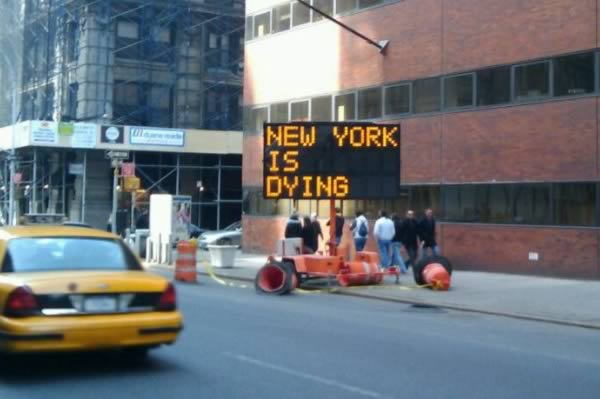 In March 2009 in the center of Manhattan, some unknown pranksters accessed and reprogrammed a network of electronic signs. Instead of the usual messages to motorists the signs showed the phrase “New York is dying." 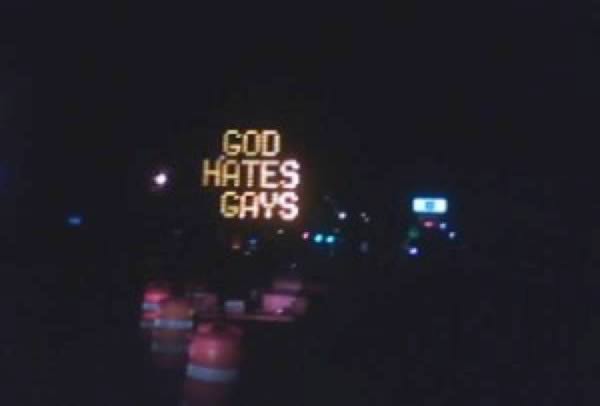 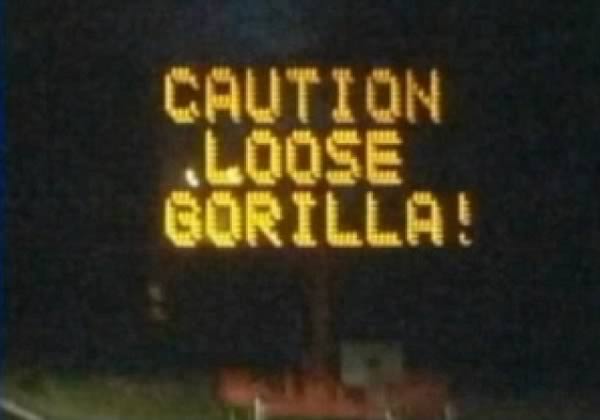 This sign in Northern California was supposed to tell people that a road in the city of Loomis would be closed for pipeline construction, but it instead warned of gorillas. 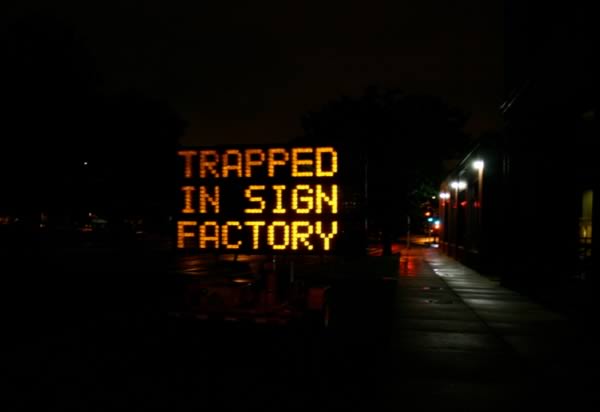 An anonymous hacker in Austin, Texas. Photo by Alessondra Springman/MIT 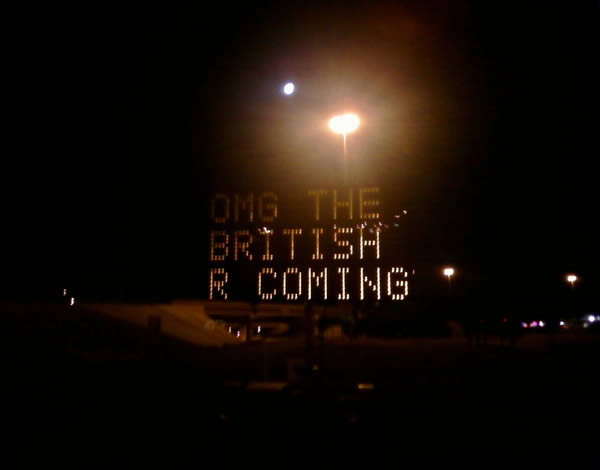 Hacked electronic road sign that was being used by construction workers in Lubbock, Texas. 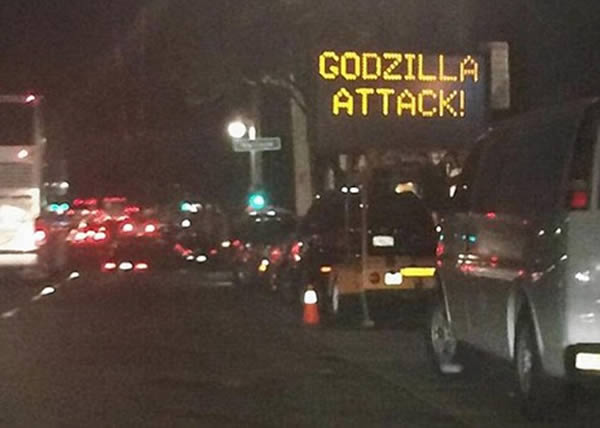 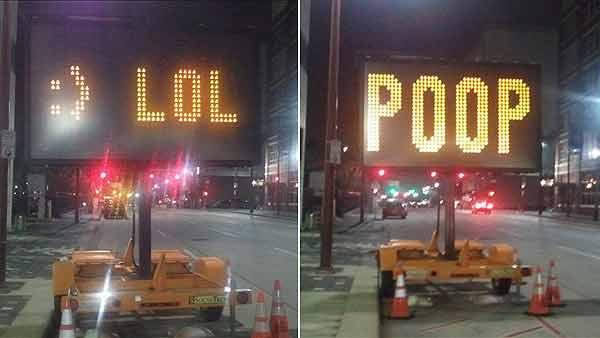