Studies have shown that when one sense is lost, the corresponding brain regions can be recruited for other tasks. So, when a person loses a sense, another sense gets heightened. The brain is fascinating, ain't it, folks?

Have you ever wondered about the most extreme examples of some of things that affect your senses? For example, what is the loudest noise ever heard or what is the brightest light ever seen or other things that can genuinely push your senses to your limit?

Well, use your keen sense of sight and feast your eyes on Oddee's 10 Most Extreme Examples of Sensory Overload!

1Hearing: A meteor blast creates the loudest explosion ever recorded 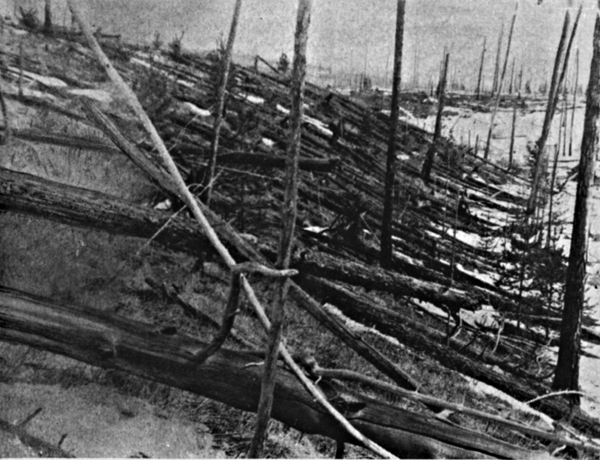 On June 30, 1908 near the Podkamennaya Tunguska River in what is now Krasnoyarsk Krai, Russia, an explosion of massive proportions occurred. This wasn't just any blast; this explosion is what is known as the Tunguska Event, the loudest single impact event on or near Earth in recorded history.

The Tunguska Event was most likely caused by the airburst of a large meteoroid or comet fragment at an altitude of 5 to 10 kilometers (3–6 mi) above Earth's surface. Even though the meteor burst in the air, it is classified as an impact.

The explosion knocked down approximately 80 million trees over an area of 2,150 square kilometers (830 sq mi). Scientists believe a shock wave from the blast would have measured 5.0 on the Richter scale. Fatalities were non-existent due to the event occurring in such a remote area, however, if it had happened in a city, it would have caused incalculable damage.

How loud was it? Scientists have estimated the blast to be equivalent to 10 to 15 megatons of TNT. That's about a 1,000 times more powerful than the atomic bomb dropped on Hiroshima, Japan.

2Taste: The chili pepper that makes your head explode

Are you a fan of spicy food? Do you like to sweat when you eat? If you do, try the Carolina Reaper, the world's hottest pepper.

Cultivated by Ed Currie, founder and president of the PuckerButt Pepper Company in South Carolina, this pepper would probably ruin most people's day after eating it! Maybe there's a reason why his company is called PuckerButt!

Currently rated as “the world's hottest chili pepper” by Guinness World Records, the pepper averages 1,569,300 on the Scoville Heat Unit scale, with peak levels of over 2,200,000. In comparison, a regular jalapeno pepper comes in at around 8,000 units.

With the Carolina Reaper recently beating the Trinidad Maruva Scorpion as the hottest pepper out there and with hot sauce such a booming industry, you can bet there are cultivators working around the clock to produce an an even hotter pepper!

Proceed with caution and make sure there is a restroom nearby when eating! 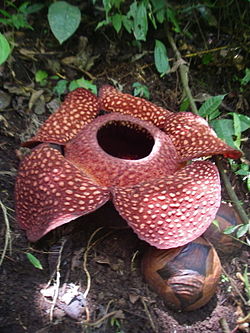 A port-a-potty, burning hair, a skunk, the band's dirty clothes after a P-Funk concert in the 1970's…what could be smellier and emit a funkier odor than these nemesis' of the nostrils?

How about the Rafflesia arnoldii? Not only is this one of the world's smelliest plants, but it also produces the largest individual flower in the world! The Rafflesia is also nicknamed the Corpse Flower and with good reason – the odor from the flower smells like rotting flesh. Anything that foul attracts flies and the insects do their part to help pollinate the plant, ensuring its survival. The flower's rotten smell comes from the reddish tentacle-like, branched ramentae, inside the corolla of petals.

Don't judge a flower by its scent though. The plant is one of the three national flowers in Indonesia, where it is a protected species and produces a rather cool looking bloom, which can be up to 3 feet in diameter.

4Sight: The brightest light on Earth 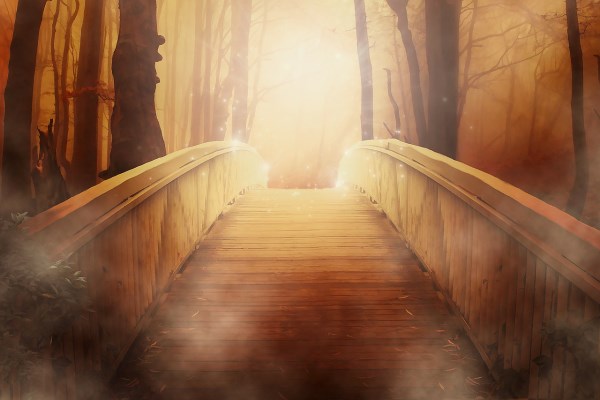 If ever in the wrong hands, who knows what havoc an evil-doer could create with this next entry? That might sound like a line from a comic book, but the Texas Petawatt laser is the highest-powered laser in the world, thus creating the brightest light on Earth.

The light bulb in my lamp nearby is 72 watts. The Texas Petawatt laser is greater than one petawatt –one hundred thousand million watts . That's 2,000 times more powerful than all of the power plants in the United States.

Todd Dimitre of the Texas High Intensity Laser Science Group leads The Petawatt project. What is the function of such a powerful and bright laser? Dimitre explains, “We will use the laser to create and study matter at some of the most extreme conditions in the universe, including gases at temperatures greater than those in the sun and solids at pressures of many billions of atmospheres. This will allow them to explore many astronomical phenomena in miniature. They will create mini-supernovas, tabletop stars and very high-density plasmas that mimic exotic stellar objects known as brown dwarfs.” Yeah, prof, we couldn't have said it any better ourselves.

We hate to see what their electric bill is like!

5Touch: The historic landmark with the trippy tilted floor 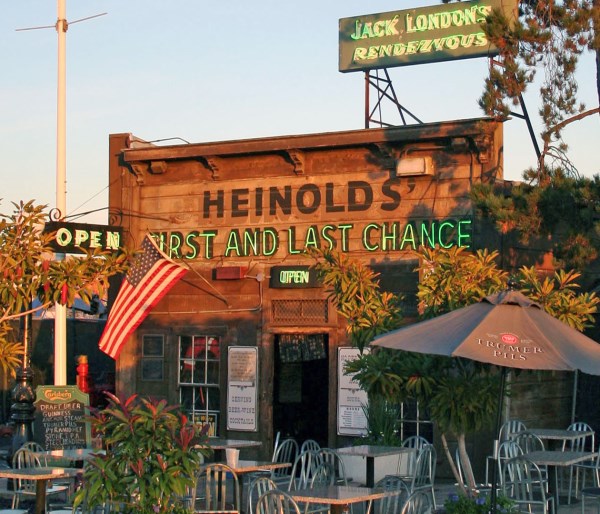 If you're ever in Oakland, California, try to make it out to Jack London Square and check out Heinold's First and Last Chance Saloon.

This landmark watering hole served as inspiration to author Jack London influencing scenes in his books, Call Of the Wild and Seawolf. London was a regular at Heinold's and studied at the bar regularly.

The saloon, built in 1880, is littered with decades of framed photos, sailor caps and business cards on its walls and ceiling, but the most unique attraction at this tiny bar is the tilted floor. The bar is on the tilted floor and is also slanted. It really is amazing that there aren't more spilled drinks and tumbling customers!

The bar's uneven ground was formed in 1906 during the great San Francisco earthquake after a portion of the piles the pub is built on in swampy ground sank. In the corner of Heinold's is a clock that stopped at the moment of the 1906 quake – 5:18 am. 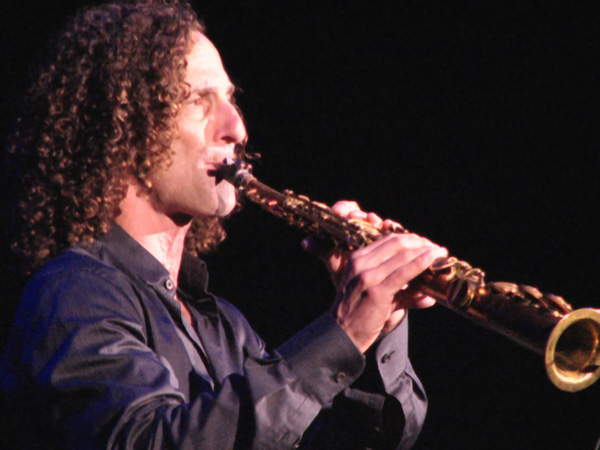 What do you do when you are the king of the smooth jazz world? You go for breaking records – not vinyl records but world records!

Love him or hate him, Grammy Award-winning saxophonist Kenny G. is one of the most successful instrumental performers of all time.
In 1997, the curly-haired musician set a new Guinness World Record for holding the longest musical note. He used circular breathing to sustain an E-flat on a saxophone for 45 minutes and 47 seconds!

Circular breathing is a technique used by players of some wind instruments to produce a continuous tone without interruption. This is accomplished by breathing in through the nose while simultaneously pushing air out through the mouth, using air stored in the cheeks.

Ah, but the smooth jazz king proved not to be the world's biggest blow hard when musician Vann Burchfield broke Kenny G's record for holding one continuous note for 47 minutes, 6 seconds in February 2000.

You gotta wonder if there's a bootleg recording somewhere out there of this record-breaking performance entitled, Kenny G. Blows!

7Sight/touch: The art instillation that literally makes you sick 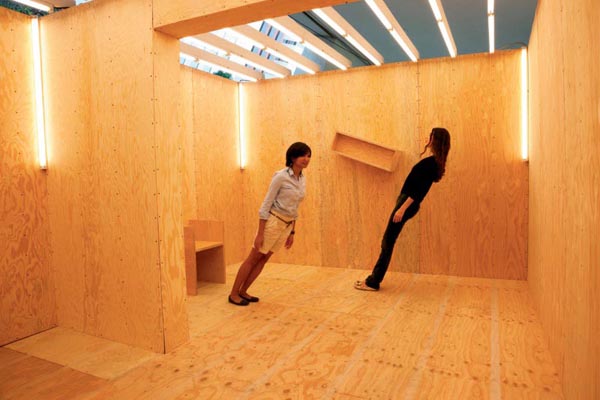 In 2012, Los Angeles-based artist Julian Hoeber created an art instillation that truly messed with the stability and balance of anybody entering it.

Hoeber's instillation called DH#2 was exhibited at the Harris Lieberman Gallery in New York. This free-standing structure is a tilted wooden room in a box held together by metal studs. Upon entering the steeply inclined room, your eyes and head do mental somersaults.

How is it done? The room in the exhibit is tilted on two different axis, confusing the inner ear. In more highfalutin terms, according to the gallery's website: “These free-standing structures are based on the architecture of 'gravitational mystery spots' that are often found in fun houses. Mystery spots claim to be sites of supernatural power to explain the severe effect of disorientation and vertigo that the visitor experiences, when in reality it's the result of an architectural trick. Hoeber's installations reveal the device behind the trickery, while retaining the same effect.”

How much do you want to bet that there was no alcohol allowed at the exhibit? 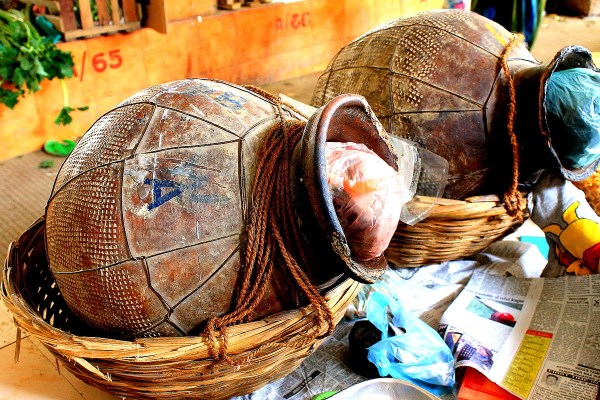 The Swedish produce one of the smelliest foods in the world – Surströmming. Surströmming is basically fermented Baltic herring in a can, also known as “Scandinavian rotten fish.”

The fish, usually caught in May and June, ferments in barrels for ten months and continues to ferment for another six months before being shipped out in tins. Haloanaerobium bacteria is what causes the fish to ferment and the tins its stored in to bulge – and the bigger the bulge, the better. The compounds produced by the bacteria include hydrogen sulfide and butyric acid to make for some truly vomit-inducing smells.

The fish is usually eaten with tunnbröd bread, potatoes, onions and sour cream. Its scent is so strong, some say they can smell it through the unopened tin can!

This item is currently not for sale at Ikea. 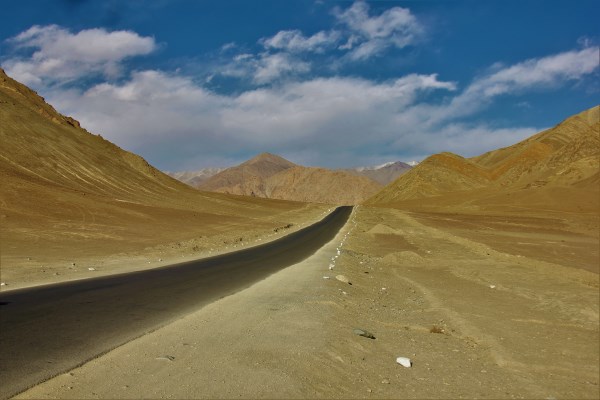 Rumor has it the area has extreme magnetic properties, strong enough to pull cars uphill. In reality, the shape of the surrounding landscape and mountainous horizon obscures the observer's usual reference points and creates the illusion.

How cool would it be to see a car show in Ladakh, India!

10Hearing: The man with the world's lowest voice 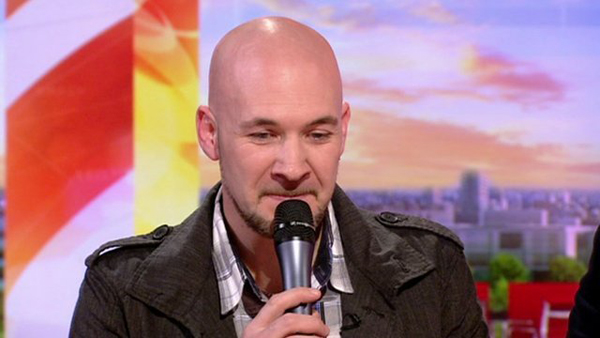 I've always been impressed by the bass singer in the Oak Ridge Boys who sang the low part in the song “Elvira,” but Tim Storms holds the Guinness World Record for the lowest note in the world produced by a human voice – an incredible 8Hz! 8Hz is lower than a human can hear. However, Storms' voice can be detected by audio equipment and elephants.

Storms also holds the world record for the widest vocal range for a male.

After a medical examination, it was revealed that Storms' vocal chords were twice as long as what the doctor was used to seeing.

Perhaps it's best to wear a diaper when going to one of his concerts.