1Photoshopped shirts in the name of modesty 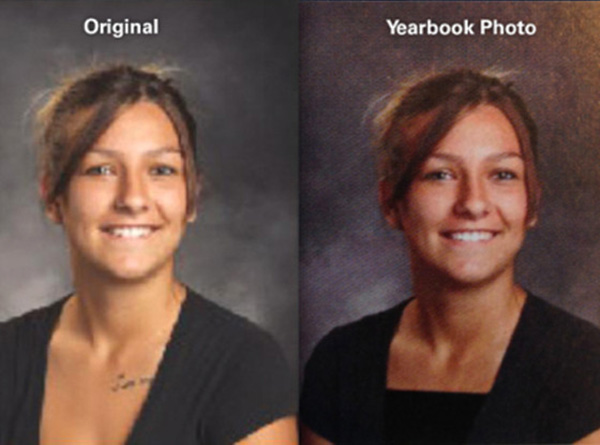 Seniors at Wasatch High School in Heber City, Utah, were shocked when they opened their 2014 yearbooks – several photos of the girls were edited to comply with the school's dress code, which emphasizes "modesty."

Tattoos disappeared. Sleeves were added to tank tops. Necklines were raised. However, the editing changes weren't across the board. Some of the girls' photos were left untouched as were all of the boys' photos.

Heber City, a small town of about 12,000, is 40 miles east of Salt Lake City, where the Church of Jesus Christ of Latter-day Saints is headquartered. Mormons encourage modesty and for women, that can mean covering shoulders and avoiding anything short, low-cut or clingy. 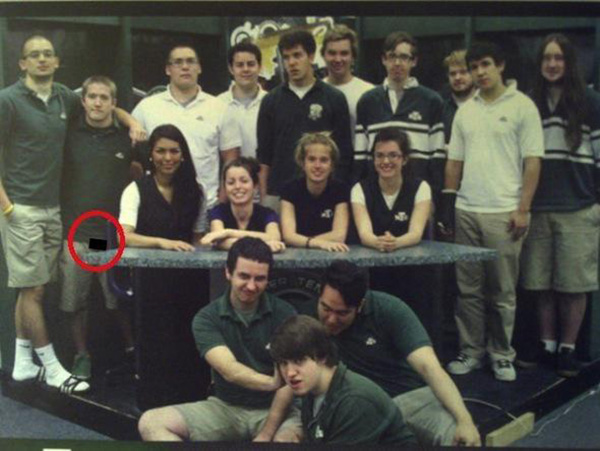 In 2012, Officials at Mother Teresa Catholic Secondary School in London, Ontario were horrified to discover one of the students exposed himself in the high school yearbook group photo. Although the 1300 yearbooks had already been distributed, the school sent students a formal apology letter and stickers to conceal the nudity.

The school board may have had the last laugh however, as they described the offensive part of the picture as "very small" and "easily overlooked."

3One missing letter makes all the difference 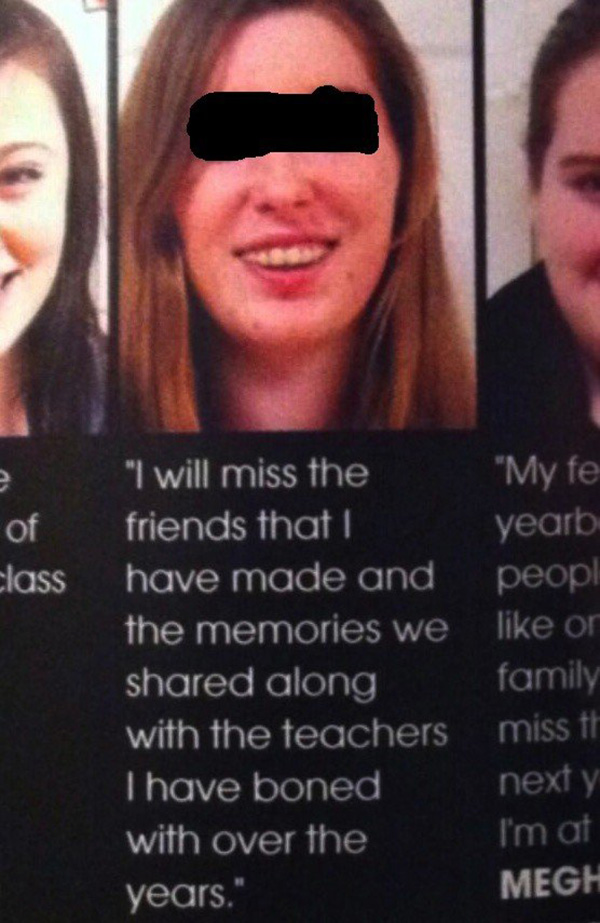 So that's how you got those straight A's!

4No, she's not a gardening tool 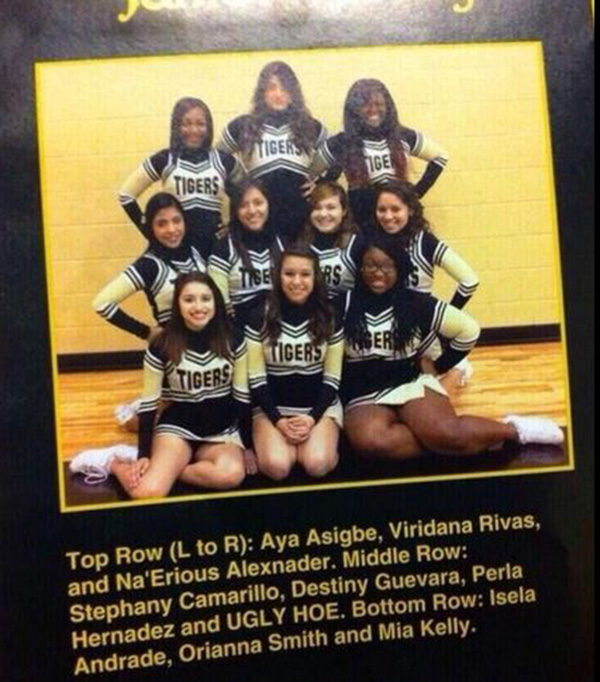 In 2013, a spiteful member of a Dallas-Ft. Worth area high school's yearbook staff replaced a cheerleader's name with "ugly hoe." A spokesman said the name change happened after the yearbook was proofed by staff. 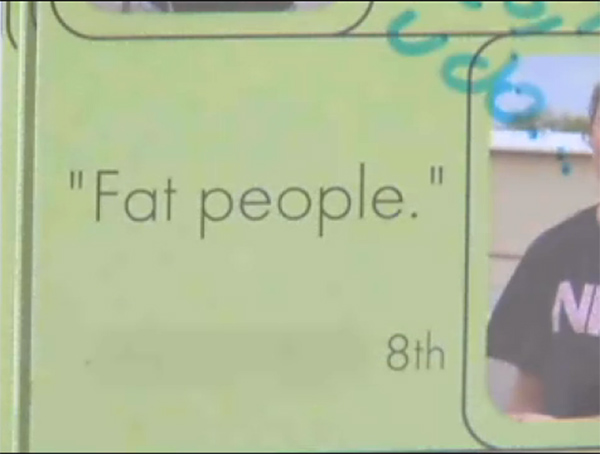 Parents and students alike are outraged after seeing students being made fun of in Boise's Lake Hazel Middle School 2014 yearbook.

Throughout the yearbook, students give quotes to questions on various topics. When the question, "When I hear the word 'Twinkie' I think of......" was posed, things got ugly. Half the responses referred to "fat people." It was obvious from one of the quotes the student knew it was wrong. He said, "I think of fat kids! Wait is this going in the yearbook? Oh no no no. I think of the minions from Despicable Me!"

The school district said there was a lack of oversight over the yearbook, and that a key person who was supposed to review it was gone during a critical time.

6Proper kerning is your friend 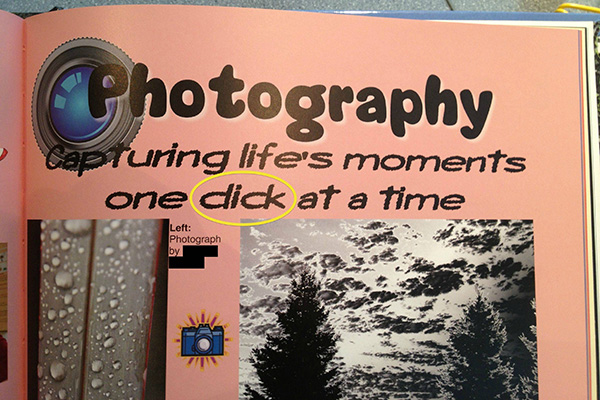 7Multiple mistakes and memories to last a lifetime

There are so many errors riddling the 2014 Winter Park Florida High School yearbook that officials are considering having it redone.

The school's principal said the yearbook adviser took a leave of absence halfway through the school year. The yearbook staff were left high and dry and due to a lack of funding had to fit two months of work into two weeks, resulting the errors.

Some words are misspelled so badly it's hard to tell what their intended meaning was –  "altjhojhgh" (although?) and "perservierene" (persevere?) appear in the book as well as these phrases: "Three stunts where done and the crown was in awe" and "Once our coached gave us out pep talk i was able to get in the water and warm up." 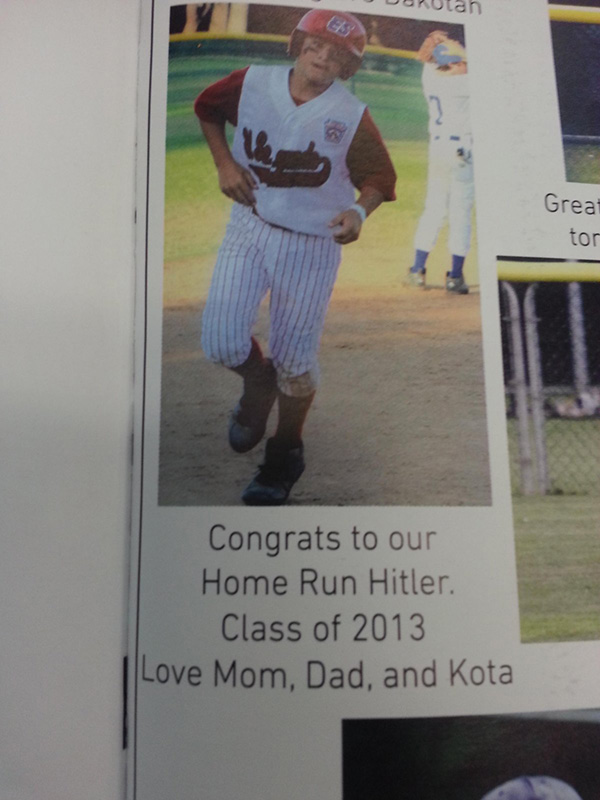 ...And sliding into 3rd Reich, it's Home Run Hitler!

9A Minnesota high school commits the mother of all typesetting errors 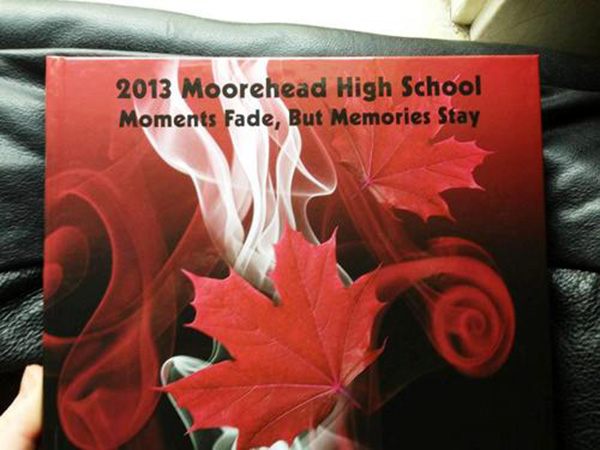 Minnesota's Moorhead High School has the dubious distinction of misspelling the high school's name on the cover of the 2013 yearbook.

Despite artwork approval by two classes of students and an adviser, the mistake was missed and sent off the printer. With no budget for a reprint, the school decided to hand out stickers to mask the egregious error.

10Proper kerning is STILL your friend

Make sure those are chocolate chips in those flapjacks!

11You know what they say about opinions... 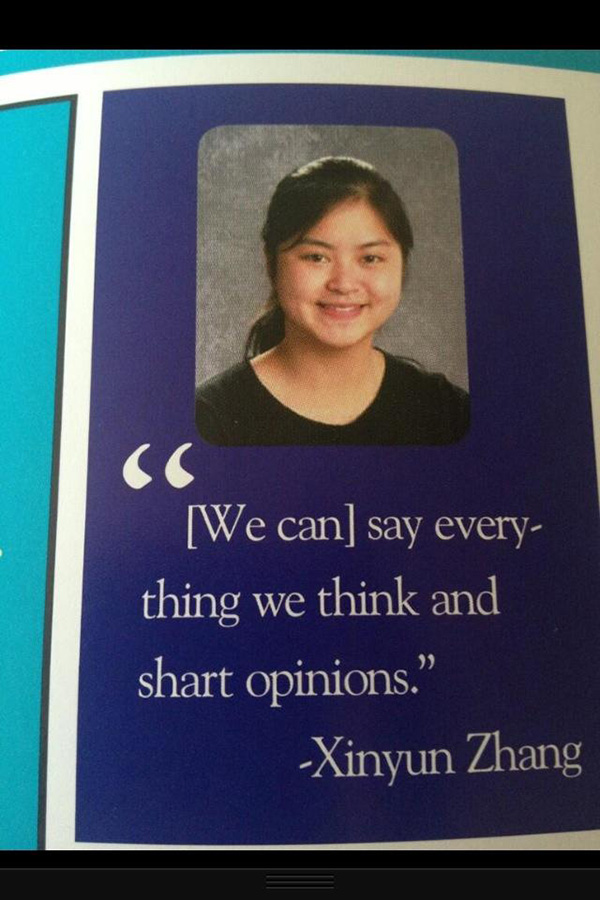 A little messy, isn't it?