A disclaimer: We have to warn you that this list is not for the faint at heart! 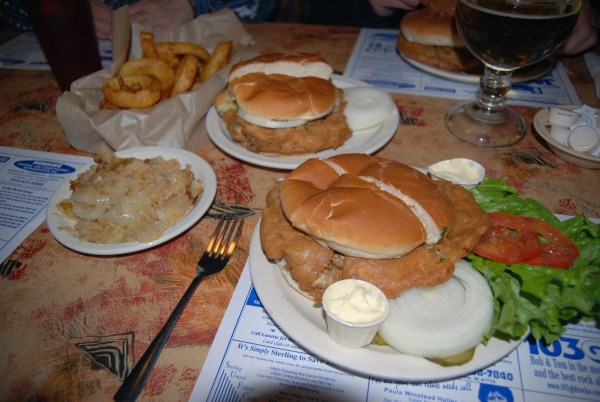 This meal easily claimed the top spot on our list. Indiana is believed to be the home of this dish which originates from a time when the first Dutch and German settlers arrived in the state.

This delicacy was originally made with the brains of cows. Nowadays, because of mad cow disease, restaurants replace the cow brains with pig brains. Like any other burger at your local fast food joint, the fried brain sandwich is served on a bun and covered in pickles, onions, mustard and ketchup. 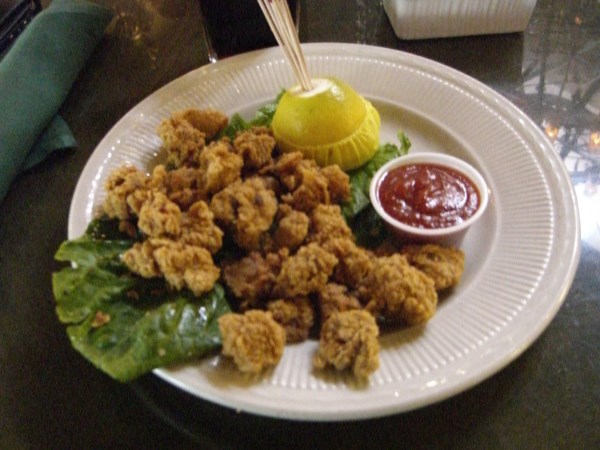 Also known as calf fries, prairie oysters, cowboy caviar, and Montana tenderloins, this Western dish is definitely one of the strangest on our list.

The testicles are removed during the calf branding process. After that, they are soaked in a bucket of water, then washed and peeled. From there, they're rolled in seasoned batter and fried.

Heard enough yet? It may be shocking to learn that this dish is considered a delicacy, and in parts of the American West and Western Canada where cattle ranching is prevalent, they throw testicle festivals where this famous dish is prepared in every way imaginable. 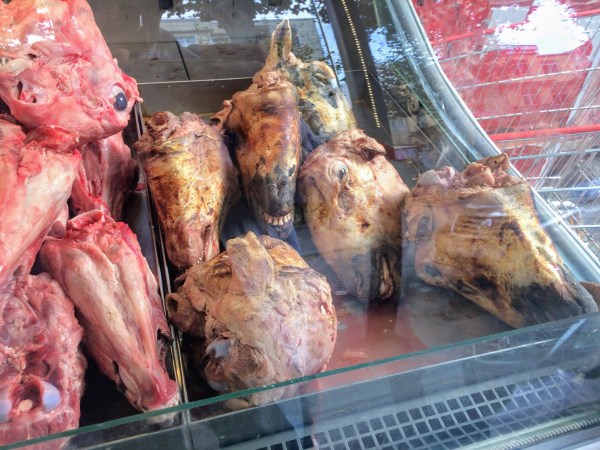 This traditional Middle Eastern dish was once considered a delicacy only enjoyed by wealthy people during the winter season. The stomach churning ingredients included in this dish are a cow's feet, head and stomach.

These parts are boiled into a thick, terrible smelling soup-like broth. Once boiled, they are then heavily seasoned with an assortment of local spices, lemon, salt, pepper and garlic.

Oftentimes dried lavash is added to the Khash soup before being eating. Khash is either eaten as a main dish, or combined with fresh greens, pickles, cheese and/or hot peppers.

Khash isn't something you eat on a regular basis. Restaurants typically only serve the dish during parties or times of celebration. 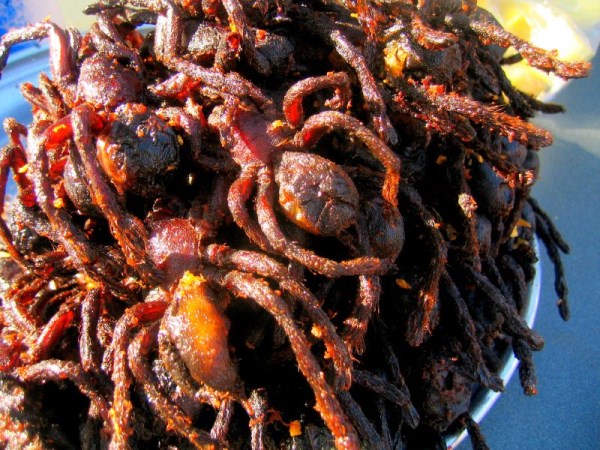 Next time you are feeling adventurous in Cambodia, you should definitely check out A-Ping – a fried spider dish.

Unlike some of the other foods contained on our list, A-Ping was never considered a delicacy. Instead, it became a common dish during the 1960s, when the Khmer Rouge was raising havoc in Cambodia. During this time, there were massive food shortages, so people had to start getting creative in order to survive, and that's how A-Ping was created.

Nowadays, A-Ping is a popular street dish that costs next to nothing to enjoy. The typical A-Ping recipe involves tossing dead, specially picked spiders into an MSG, sugar and salt mixture. Then, the coated spiders are fried in garlic oil until crispy.

The taste of A-Ping has been described by many as being pretty bland, but with a complex and crispy outer coating. Extreme A-Ping lovers think that the best part is the abdomen, which contains a brown paste like substance containing excrement, spider eggs and organs. Gross! 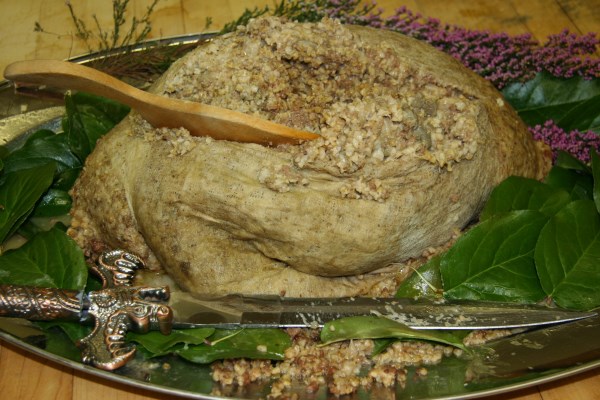 The national dish of Scotland, haggis is technically a sausage but its ingredients will make you stop in your tracks! This large sized spherical sausage is made out of sheep's lungs, heart and liver, which are then mixed together with oatmeal and beef and heavily seasoned. But that's not all! The mixture is then encased in sheep's stomach and then boiled for a bit.

If you have not had the chance of enjoying haggis at a Scottish restaurant, be prepared for a little pomp and circumstance. Haggis is sometimes presented with pipers accompanying the dish to your table. It is also customary to enjoy a glass of whiskey, and give a little toast before digging into this Scottish dish. 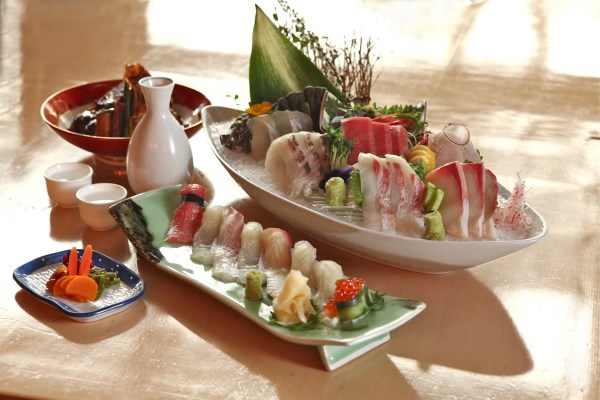 The Ying-Yang fish, also known as the dead-or-alive fish, involves taking a whole live carp and frying it while somehow keeping it alive so that it makes it to the plate cooked, but still breathing. This dish is the most controversial on our list because many condemn the practice as unnecessary cruelty. After hearing descriptions that once the fish is on the plate, a customer can enjoy its body meat while actually watching the fish open and close its mouth while gasping for air, we have to agree.

You might have a rough time finding a restaurant that will serve you this rare dish. It is banned from restaurants in Taiwan, though some unscrupulous eateries in China will still allow Ying-Yang fish to be part of their menu. 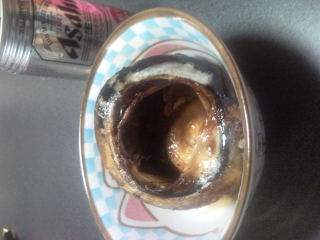 This food is definitely the worst to look at. While others on our list conceal the nasty ingredients somewhat, this dish contains a completely intact tuna eyeball and is definitely not for those with weak stomachs.

You can find tuna eyeballs easily at any grocery store in China or Japan. If you see a huge, single eyeball surrounded by tuna fat and muscles, you've found what you're looking for.

At restaurants the dish is prepared by boiling and seasoning the entire eyeball. Fans of tuna eyeballs rave about their tastiness and compare them in texture and flavor to squid. In fact, many say that the fish muscles and fat surrounding the eyeball is the most delicious part of this dish. Well, let's just take their word for it! 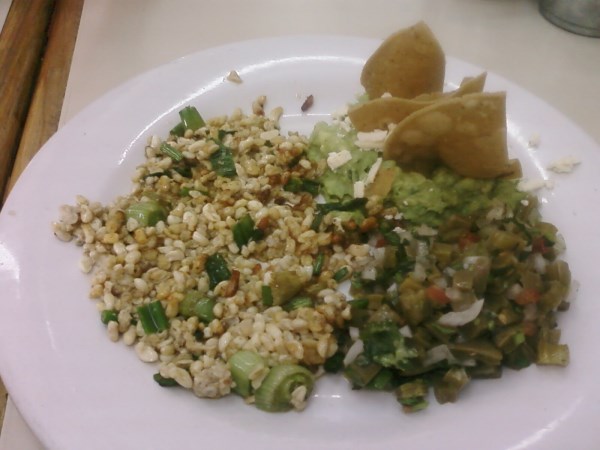 This allegedly tasty dish is a staple in many Mexican restaurants. It is essentially ant larva, which is harvested from the roots of the agave plant. Typically referred to as "insect caviar," the flavor and texture of this dish has been likened to cottage cheese.

Though we gave pause, we've got to admit that insect caviar isn't too terrible to look at. In fact, these light-colored insect eggs look a lot like pine nuts or white corn kernels. The flavor is supposed to be pretty enjoyable – it has been described as having a poppy-esque texture, accompanied by a nutty aftertaste.

This dish can be served in many ways – fried or thrown in as a garnish with omelets and tacos. 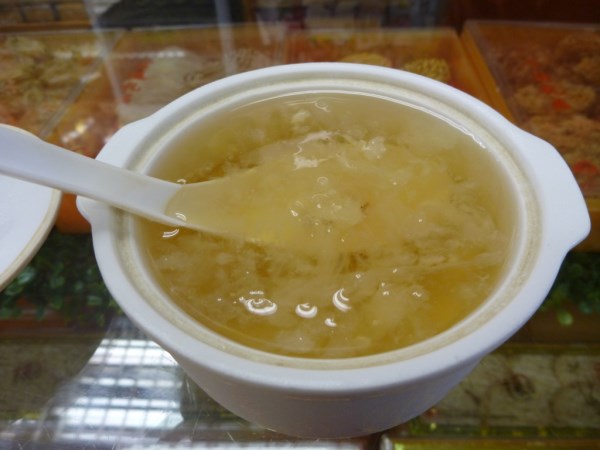 A delicacy in Asia, birds nest soup involves taking the nest of a swiftlet and throwing the entire nest (which might even include the bird and/or bird eggs) into a deep fryer. After frying the nest to a crisp, it's then immersed in a chicken stock.

Enjoying this strange delicacy means that you will be ingesting a fair amount of bird saliva, which is used as a glue by swiftlets to hold their nests together. 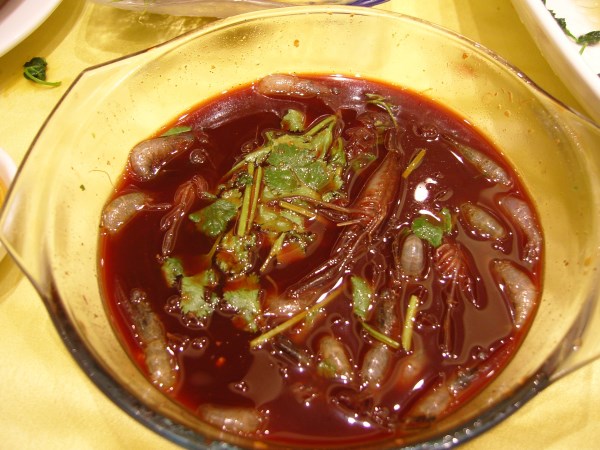 This Chinese delicacy makes our list because it requires you to eat living shrimp!

Drunken shrimp are fresh water shrimp which are rendered paralyzed by a liquor mix, so that they can be consumed alive and with ease. Gross right?

You'll be surprised to know that this dish can be found on the menus of restaurants across China. In fact, different regions of the country have their own unique take on the drunken shrimp recipe.

While all drunken shrimp recipes involve the use of the baijiu liqour to stun the shrimp, some people treat the shrimp with liqueur first, and then boil them, as opposed to serving them live. Others cook the shrimp and then marinate them in the liquor.

Many people liken the flavor to that of cooked shrimp, but with a raw, rich flavor and stronger aftertaste.