Most of the young people on this list created their inventions before they even made it out of high school! This list of the 10 youngest innovators includes people who are responsible for innovations that have entertained, assisted and delighted people around the world.

In 1865, Westinghouse received what would be the first of many patents with his invention of the rotary steam engine.

Westinghouse is credited for revolutionizing the railroad industry with both his steam engine and other relevant innovations including a railroad braking system using compressed air. This made it possible for trains to travel more safely, and at higher speeds.

Without Philo Farnsworth we may have never seen a television. Can you imagine?

As a 14-year-old boy in Rigby, Idaho, Farnsworth drafted his first sketch of what would later become the electronic television. For the remainder of his life, Farnsworth labored painstakingly to create the world's first all-electronic image display device. He is considered to be the godfather of the modern television. some of his many creations also include the video camera tube, and the image dissector.

As a young boy on Hayling Island, located on the southern coast of Britain, Chilvers enjoyed a variety of water sports. One day he decided to put a sail on his surfboard and the rest is history.

Chilvers is still heavily involved in windsurfing culture. He founded the London East End Windsurfing Centre for underprivileged children and is currently spearheading the bid for his hometown of Hayling Island to create a €40 million windsurfing and sailing center.

After going to college, Nissen continued his gymnastics career and even won three NCAA championships for the University of Iowa. After majoring in Business, Nissen traveled the world and while in Mexico learned the Spanish word "trampoline." Later that year, he trademarked his invention under the English version of the word and began to create and sell his trampolines across the country.

Though many attribute the creation of chewing gum to businessman Thomas Adams, it was actually his son Horatio that played an intricate role in the creation of this American staple.

Adams had purchased Mexican chicle and was attempting to transform the natural substance into a rubber substitute. However, after spending some time with the substance, young Horatio quickly realized that chicle could be turned into a chewable substance.

He created 200 balls of what later became known as bubble gum. Horatio had the local druggist dispense the balls. By mid-afternoon that day, all bubble gum balls had been sold for 1 penny.

In 1905, eleven-year-old Frank Epperson forgot about a mixture of water and powdered soda that was in a cup with a stirring stick on his porch. It was a cold evening and the next morning, Epperson discovered a frozen pop on his porch. He found it delicious and called the concoction an "Epsicle." For the next 18 years, Epperson didn't pursue development of his accidental invention. However, he made the tasty treat for his children and they called the cold treat "Pop's Sicle."

In 1923, Epperson commercialized the product, and applied for a patent. He then created a variety of new flavors and distributed his cold product to the public.

As a child prodigy, Blaise Pascal was educated by his father, a successful French tax collector. His creation of an adding machine was the groundwork for the modern day calculator, which he created in 1642 while helping his father at work.

Pascal's father spent all day conducting complex mathematical calculations as a tax collector for the crown. Little Pascal created a wooden box that had 16 separate dials and when each dial was turned, additions and subtractions were able to be done quickly.

Blaise Pascal makes it to one of the top spots on our list because he was able to do something that others had tried and failed. In fact, Leonardo da Vinci attempted to create a calculating machine that was similar to the one created by Pascal. 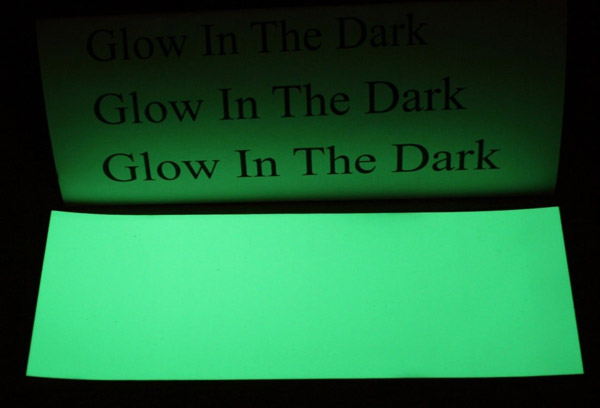 In 1974, Becky Schroeder created The Glo- Sheet and became the youngest woman to be granted a U.S. patent.

Becky was only 10 years old when she was attempting to do homework in her mom's car. As it got darker outside, she had the idea that there should be a way to make her paper easier to see in the dark. Becky took matters into her own hands and began playing around with phosphorescent materials, which exhibited light but without heat. She then used phosphorescent paint to cover an acrylic board and The Glow Sheet was created.

At the ripe old age of 12, Becky became the youngest women to be approved for a U.S. patent for her Glo-Sheet invention.

Louis Braille is the second young French inventor to make our list.

As a child, Braille was accidentally blinded. After moving to Paris to attend a school for the visually impaired, he found they had books that allowed the students to use their hands to touch large raised words on the page as a means for them to read.

Braille decided to create a better system using raised dots instead of raised letters. The language of Braille has since become the tactile writing system used by the blind and the visually impaired around the world.

At 18, Alexander Graham Bell started to develop a way to transmit speech. His creation of what he called the "harmonic telegraph" involved the idea of transmitting a voice message through a single wire to a separately located receiver. His experiments with his assistant Thomas Watson finally proved successful on March 10, 1876, when the first complete sentence was transmitted: "Watson, come here; I want you."

Bell created other inventions during his lifetime, and also was respected for the role he played in assisting the deaf.