The odds of surviving as a airplane stowaway are slim – according to the FAA, the wheel well survival rate since 1947 is only 20.3%.

How can anyone survive in an unpressurized, unheated jet wheel well with little oxygen, temperatures down to minus -80 degrees Fahrenheit at a cruising altitude of 38,000 feet? Blind luck and – it is believed – the body enters a state of hibernation where heartbeats and breaths slow and cellular activity nearly stops. 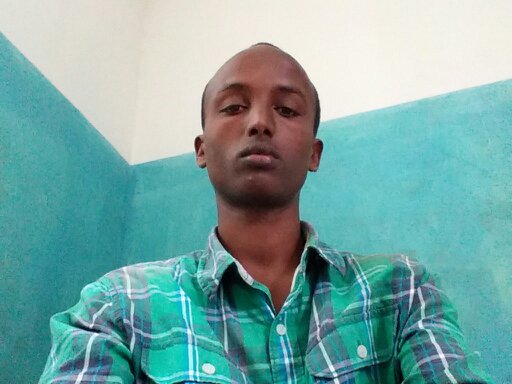 15-year-old runaway Yahya Abdi miraculously survived a five-hour flight in the freezing wheel well of a Hawaiian Airlines jet as it travelled from California to Hawaii.

The stowaway snuck into the Mineta International Airport in San Jose by jumping a fence and holed up in rear left wheel well of the Boeing 767 in an attempt to reunite with his mother. He had recently learned she was alive after his father told him she was dead.

Abdi quickly lost consciousness as the plane ascended to 38,000 feet and temperatures in the compartment dipped to minus 80 degrees Fahrenheit.

An hour after the plane landed, the boy regained consciousness and emerged on the tarmac. He was spotted by a shocked ground crew. Abdi was questioned by the FBI and his story checked out. He was turned over to local child protection officials, given a medical exam and appears to be unharmed. 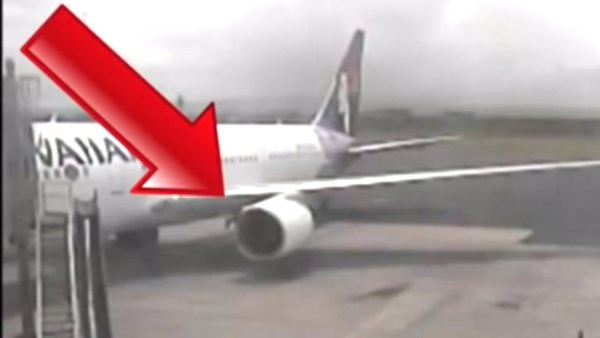 In 2013, teenager Daniel Ihekina evaded security at Benin City Airport in Nigeria and hid in the undercarriage of an airplane on a flight to Lagos.

It is believed he survived due to the short length of the flight which meant the plane's maximum altitude only reached 21,000 feet. Upon arrival in Lagos, passengers alerted crew when they saw the young stowaway emerging from the wheel cavity.

According to officials, Daniel risked life and limb to escape mistreatment by his parents and thought the plane was headed to America. He was disappointed to find that the plane had never left Nigeria.

In a lucky twist a fate, the Edo State Government has offered Daniel a scholarship to one of the top schools in the state. Governor Adams Oshiomole  said, "We decided to support him by sending him to one of the top secondary schools in Edo State. The reason for opting for a boarding school is that we think that there is a need to closely watch him which his parents could not do. He is an intelligent young man with uncommon challenges, but one that has a vision." 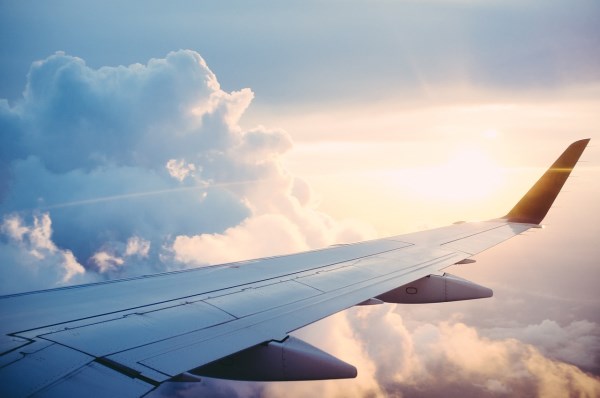 In October 1996, a couple in pub garden spotted a body falling from a DC-9 as it approached London's Heathrow airport.

19-year-old stowaway Vijay Saini was already dead when he fell 2000 feet. His brother, Pardeep, somehow survived the 10-hour journey from Delhi to London in temperatures of minus 60 degrees Celsius and winds six times stronger than a hurricane as the British Airways jet cruised at 35,000 feet.

Pardeep told authorities he and his brother were forced to leave after being linked to Sikh militants and found a man in Delhi who said he would help them – for a price. The man convinced them they could access the baggage hold from the wheel well of a plane and fly safely. Once inside, they realized that was impossible, but the plane had already started to move.

Moments after take-off, the screaming, terrified brothers were pinned opposite corners of the wheel house. Pardeep passed out and didn't come to until the plane reached Heathrow. In that time, Vijay likely began to hallucinate from lack of oxygen as his body temperature dipped to fatal levels. When the captain opened the landing gear doors, Vijay simply fell from the sky. Pardeep woke up and staggered onto the tarmac barely able to speak. He was rushed to the hospital with severe hypothermia.

The pilot, Captain Post, later wrote to Pardeep and congratulated him on his "near-miraculous survival." He said, "I hope that in the future I may have the pleasure of carrying you as a legitimate passenger on the INSIDE of the airplane." 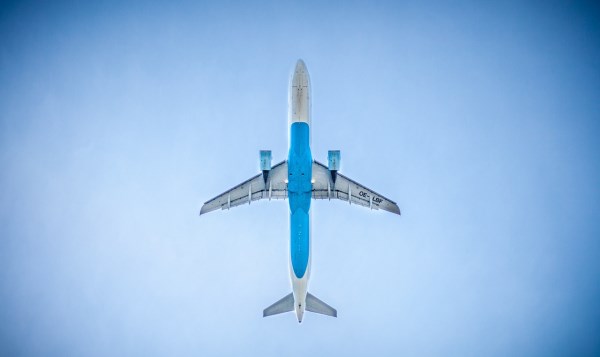 While the exact details of what caused him to flee his native country are unknown, Victor Alvarez Molina tucked himself inside the landing gear of an airplane leaving Havana for Montreal after his wife called him at work warning him of trouble.

Molina was ill-prepared against the freezing temperatures that reached minus 55 degrees Fahrenheit as the plane reached cruising altitude. For four hours, he clutched a photo of his daughter and prayed. Soon deprived of oxygen and becoming hypothermic, his saving grace was a broken compartment pipe which seeped out warm air and provided a convenient lifeline when the landing gear deployed.

Once on the ground, Molina was treated for hypothermia and granted refugee status by the Canadian government.

5The man who stowed away on a Zeppelin

The title of world's first aerial stowaway belongs to 19-year-old Clarence Terhune who, on October 29, 1928, hitched a free ride aboard the Graf Zeppelin on its maiden flight as it returned from Lakehurst, NJ to Germany.

Clarence, a golf caddy, was also an experienced stowaway who took to riding for free on trains and ships. He rarely paid for any transportation because he either hitchhiked or rode along with the train hobos.

After making a bet with his brother-in-law that he could hop the Zeppelin, he moved to New York and awaited its arrival. When the day came he evaded security and simply snuck on board. He came out of his hiding place once the aircraft was over the mid-Atlantic and was put to work by the crew in the ship's kitchen for the duration of the trip.

Clarance was arrested when the Zeppelin landed, but was immediately released and instead given a hero's welcome by German citizens who were so elated with his adventure they invited him to stay at their homes.

6The two friends who stowed away in search of freedom 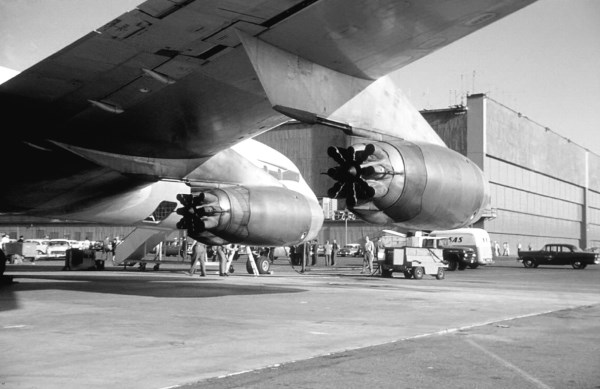 Disillusioned with the oppression of the Cuban regime, friends Armando Socarras and Jorge Perez Blanco felt their only way to freedom was to stowaway in the wheel well of a DC-8 jet bound for Madrid.

The boys planned their departure for weeks and on June 3, 1969, executed their plan. They wore rubber-soled shoes to aid them in crawling up the wheels of the jet and carried ropes to secure themselves inside the wheel well.

After the plane took off, Armando was almost crushed by the wheels as they folded into the compartment where he was hiding. With temperatures at -41 degrees Fahrenheit and the oxygen thinning, he drifted in and out of consciousness, unsure about what had happened to his friend.

When the plane landed in Madrid, Armando plopped out onto the tarmac. His clothes were frozen and his temperature was so low that it didn't register on the thermometer, but he was alive. And free.

Jorge didn't fare as well – he was believed to have been knocked down by the jet blast and imprisoned in Cuba or may have fallen to his death. 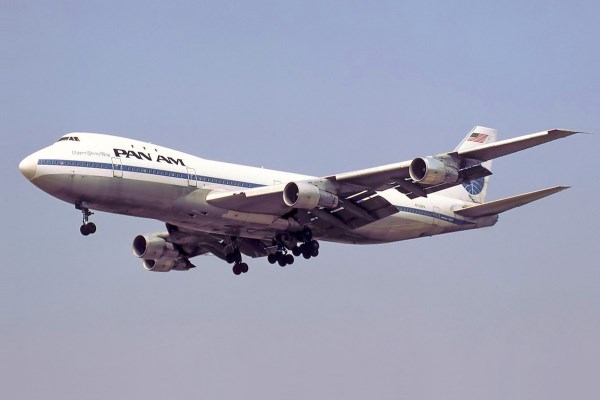 In 2010, an unemployed Romanian man hid in the undercarriage of a Boeing 747 owned by the royal family on an 800 mile trip from Vienna to London.

The man slipped under a fence at the Vienna airport and made his way to the private jet. Once inside, he crouched in the rear wheel compartment of the plane. Normally, the plane would have flown at 37,000 feet which would have likely killed him, but it was flying lower on that particular trip due to thunderstorms.

After landing at Heathrow, the man was arrested by security staff. He explained he had come to Britain to find work. Because he is an EU national and was able to prove his identity he was allowed to stay in Britain.

Not much is known about Tahitian stowaway Fidel Maruhi, a man who survived a 4000-mile, 7½-hour journey from Papeete to Los Angeles in the wheel well of an Air France Jet.

When Maruhi was discovered on a refueling stopover in Los Angeles, his body temperature was at 79 degrees, six degrees colder than what's considered fatal.

Maruhi, who initially took the trip to meet his favorite footballer Zinedine Zidane, was sent back to Tahiti and remembers nothing of the journey, having blacked out just after takeoff.