To some collectors, imperfection is a sign of perfection. While an item that is unique and in limited quantities is desirable to many collectors, occasionally a manufacturing error results in the company that produced the item to recall it, sending collectors in search of the ultimate rarity into a frenzy.

These products pulled from the market can be funny, silly, disturbing or downright disgusting. They range from being outrageously valuable to almost worthless, but that doesn't stop ALL of them from being collectable.

As the old saying goes, “Something is only worth what someone is willing to pay for it.”

1Inverted Jenny: The upside down airplane stamp worth a fortune

Stamp collecting has long been a popular hobby. Ask any collector about the “Inverted Jenny” and he or she will know exactly what you're talking about.

In 1918, the United States Postal Service issued a two-color, 24-cent airmail stamp with a picture of a Curtiss JN-4 (“Jenny”) airplane flying. The only problem was the plane was pictured flying upside down!

700 stamps were produced in sheets of 100 before the U.S. Postal Service caught the error. Six sheets were destroyed, but one was sold to a stamp collector, William Robey, in 1918. That sheet of rare stamps was then separated and sold individually.

In 2013, in celebration of National Stamp Collecting Month, the United States Postal Service reissued the stamps but with a new price of $2 on each stamp.

No word on if the upside down airplane in the picture had a seat belt or not!

2Yesterday And Today: The Beatles get butchered

Perhaps the most notorious album cover of them all! Yes, I am talking about the Holy Grail of Beatles record collecting, the Yesterday and Today album with the infamous “butcher cover”!

In 1966, when it was time for the Beatles' U.S. label, Capitol Records, to release the band's next album, some tracks were pulled from the upcoming UK version of their Revolver album, some from singles and some from other sources. For this release, called Yesterday and Today, the Fab Four sent over a photo of themselves dressed up in smocks, surrounded by beheaded baby dolls and chunks of meat.

After roughly 750,000 copies of the album were released, it was almost immediately recalled due to widespread complaints about the grisly cover image. Most copies were destroyed and what wasn't was sent back to the record company. Capitol simply pasted a new front cover over the surviving copies with a much safer image of the world's most popular band.

The album was a hit and spent five weeks at #1 on the Billboard charts in the summer of 1966.

Since then, in an effort to see if they have a copy with the old cover underneath, fans have resorted to steaming off the newer cover! A mint condition copy of the original, pre-pasted (“first state”) album originally owned by a Capitol Records executive sold for $15,300 on eBay in 2013. In a cool twist, Capitol/Universal recently reissued the album on cd with the “Butcher cover” intact, adding a sticker of the second cover to the package (in case you want to do your own personal recall). My how times change! 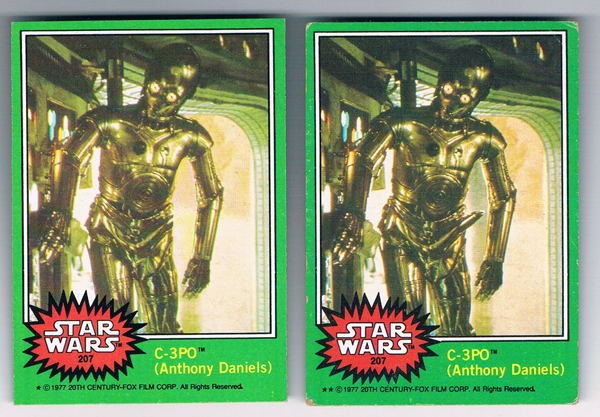 In 1978, a year after the release of the first Star Wars film and smack in the middle of the first generation of Star Wars mania, the trading card company Topps released a series of cards showing characters and photos from the set.

It wasn't long before collectors noticed something odd about card #207 in this series. The card featured a rather controversial looking photo of the movie droid C3PO in what can best be described as looking like he is a little too excited in his metallic nether regions.

Topps claimed that Lucasfilm said the photo was taken on the set just as a piece of C3PO's costume was falling down, resulting in a “trick of timing and light.”

The card was quickly replaced with fans and nerds looking for the mythical original ever since. 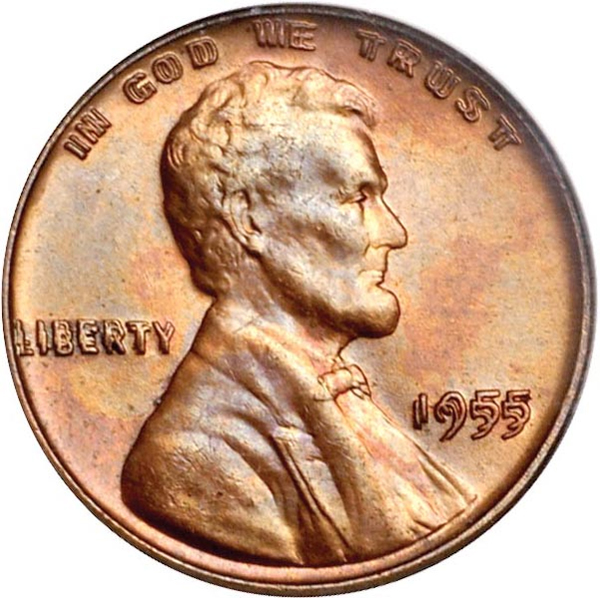 Like with stamp collecting, coin collecting has produced its fare share of manufacturing errors that resulted in collector's items.

One of the most famous collectable coins is the 1955 Double Die Lincoln cent. During the process of manufacturing the coins at the Philadelphia mint, working dies – or steel blanks called hubs – receive several impressions from a master die. That year some were misaligned, resulting in the numbers and letters on a run of coins to be slightly doubled.

Mint employees noticed the error after 40,000 pieces of the defective coin were already produced. 24,000 double die pennies – which were already mixed in with normal pennies – were released by the mint. The remaining coins were destroyed.

Since then, the error penny has become highly desirable in the coin collecting community and has even inspired counterfeiters to make their own.

The penny also inspired the plot to the film UHF, in which a beggar in the film is given a double die cent and eventually becomes rich from the coin. 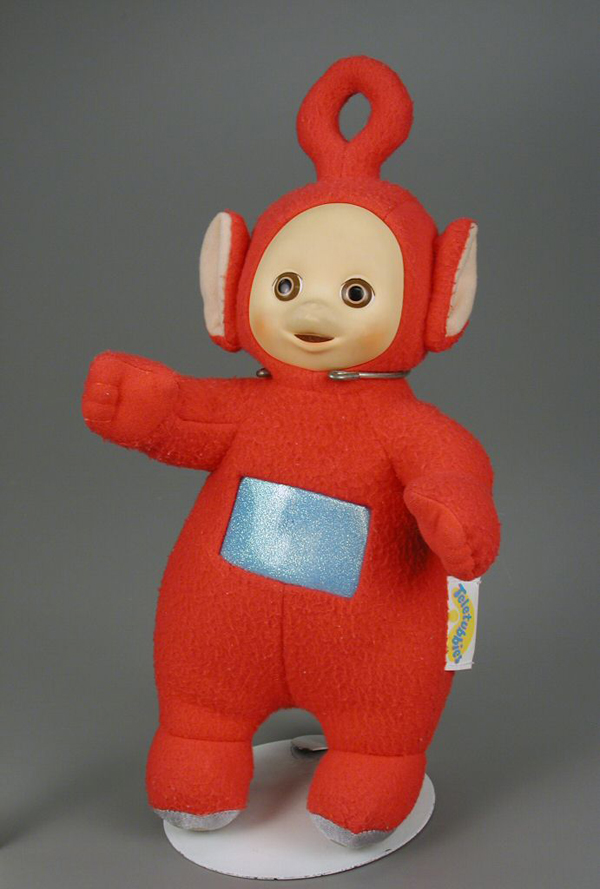 Teletubbies was a TV show that featured four multicolored alien-like creatures with televisions implanted in their abdomens. To adults, the TV show was simply weird, but to kids, it was crack. It was extremely successful and it was only a matter of time before Teletubbie merchandise showed up on the market.

In 1998, Playschool introduced Teletubbie dolls of each of the four characters. The dolls for Tinky Winky, Laa-Laa and Dipsy were fine, but not Po's doll. Created to be of Cantonese origin, the character spoke both Cantonese and English. Some who purchased the doll claimed that when you pressed on its belly it made an anti-gay slur followed by the phrase "bite my butt.”

You decide! Either way, the dolls are collectible, but don't command much money on eBay. I guess there isn't much of a market for homophobic dolls.

6Pope Francis Medallion: The not so holy coin 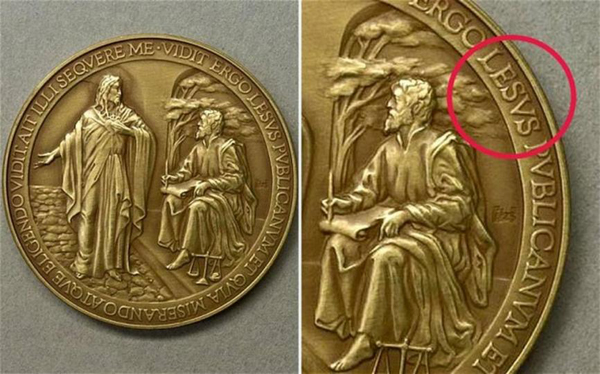 Another coin for our list! Ah, but this isn't just any old coin, folks! This was a commemorative coin the Vatican pressed to celebrate the first year of Pope Francis' duties as Pope.

Around the edge of the coin is the Pope's motto, but where it should read the name, “Jesus” it shows the misspelled “Lesus.” Oops!

Although there was no divine intervention, the gaffe was spotted very quickly with only 4 copies of the coin reaching the public, resulting in a prime Papal collectible. The coin was corrected and re-released soon after. 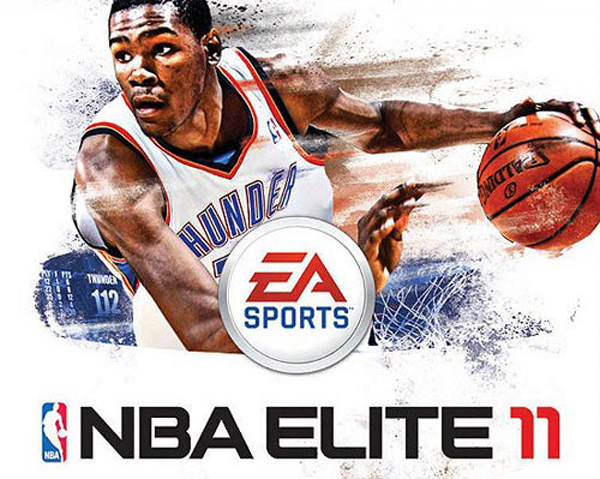 The NBA Elite 11 is a video game for Playstation 3 that was intended for release to coincide with the 2011 basketball season. Delays in production of the game meant that it missed the start of the regular season and as result, was never released.

Before deciding that the NBA Elite 11 would never reach the public, EA Sports (the game's creators) sent out advance copies to the media and retailers with glitches included. This makes Elite 11 a slam-dunk as a collectible!

8 All Star Batman and Robin #10: The comic book filled with profanities 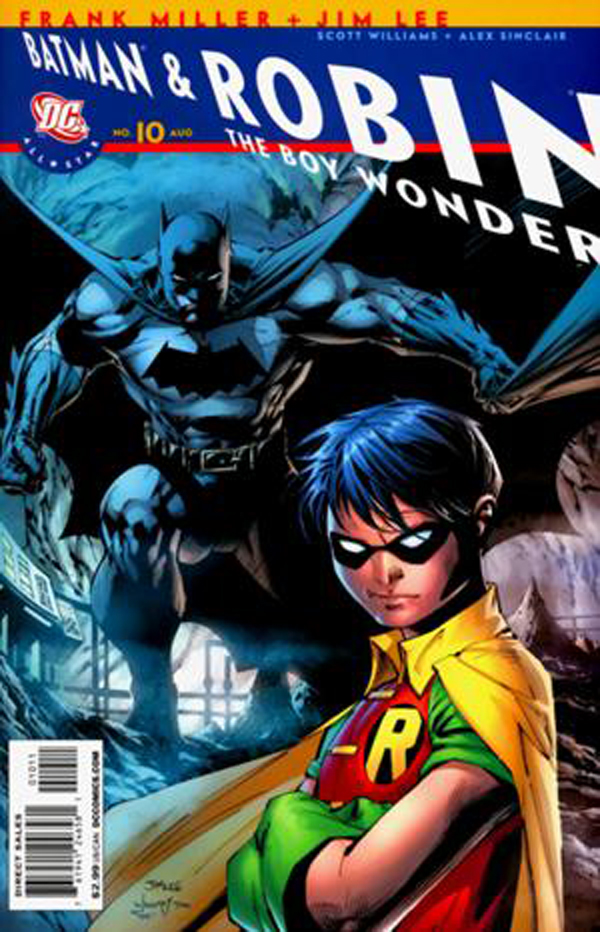 All Star Batman and Robin was for mature-readers only. There was already a fair amount of cursing in the series, but the bad words were blacked out, leaving readers to decipher what curse words the criminals used.

Due to two different inks being used in All Star Batman and Robin #10, the vulgar words were shown to be legible, resulting in DC to pull tens of thousands of copies of the popular comic book. Collectors ate it up and copies of the comic have turned up on eBay at inflated prices.

Said Miller of the incident, “It's just one of those terrible and glorious things that happen time to time in publishing.”

9The Little Mermaid: The video cover art that displays a naughty golden castle 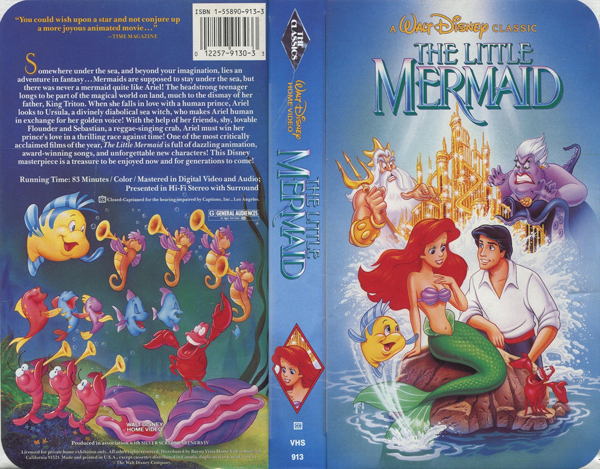 The Little Mermaid is an animated film that was a hit with children when released in 1989, but parents were soon in for a shock when they bought copy on video and noticed that one part of the mermaid's castle appears to resemble a penis!

Rumors instantly abounded with tales of a “disgruntled” Disney employee seeking revenge on the company by corrupting the innocent eyes of children everywhere with a dirty drawing.

Disney denied those rumors of course. The artist was tracked down and it turned out that while he was an employee of the company, he was “rushed to complete the artwork” and admitted that it did indeed look like a male appendage.

The offending phallic castle was also on copies of the theatrical movie poster, and went unnoticed for about a year until Entertainment Weekly ran a story about its appearance. This caused enough backlash for Disney to recall and remove the offending visual.

Copies of the original Little Mermaid video continue to surface on eBay at variable prices and are always of interest to Disney collectors. 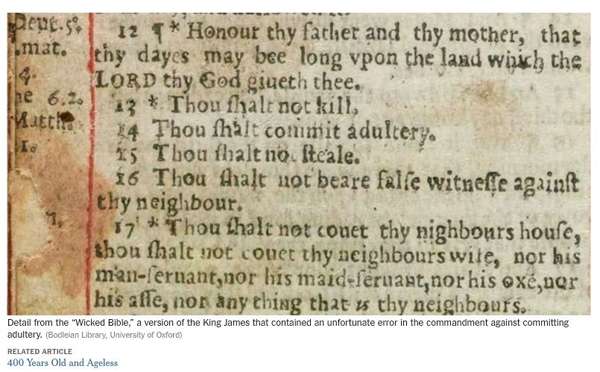 Who knew a one-word omission could be so costly? In the year 1631, book publishers Robert Barker and Martin Lucas of London published their own edition of The Bible. Now, we wouldn't be talking about the Baker version of the Bible today if there wasn't something wrong with it, would we?

The publishers left out the word “not” in the 7th Commandment resulting in a completely different directive: “Thou shalt commit adultery”!

King Charles I ordered all copies of what was called “The Wicked Bible” to be destroyed and fined the publishers 300 pounds. That's a lot of money in ANY year! It is rumored 11 copies have survived and a copy of the Wicked Bible is being offered for sale at $99,500 on a website featuring rare books and other antiquities.

No word on if anybody took the Commandment to heart and practiced as preached.