1Lascaux Caves: A Complex of Caves Famous for Its Paleolithic Cave Paintings (France) 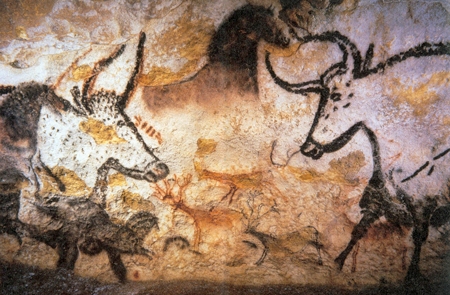 Lascaux Caves is a complex of caves in southwestern France that is famous for its Paleolithic cave paintings. They contain 900 of the most perfect surviving examples of Upper Paleolithic art. These paintings are estimated to be 17,300 years old. They primarily consist of images of large animals, most of which are known from fossil evidence to have lived in the area at the time.

The caves, which have been banned to the public since 1963, have been menaced in recent years by a series of unexplained, and only partially controlled, fungal invasions. Any human presence in the caves is regarded as potentially destructive. Normally, they are entered only once a week by one security guard for a few minutes at a time.

In 1979, Lascaux was added to the UNESCO World Heritage Sites list along with other prehistoric sites in the Vézère Valley, France.

2Poveglia: A Very Small Island Near Venice Suspected of Being Haunted (Italy) 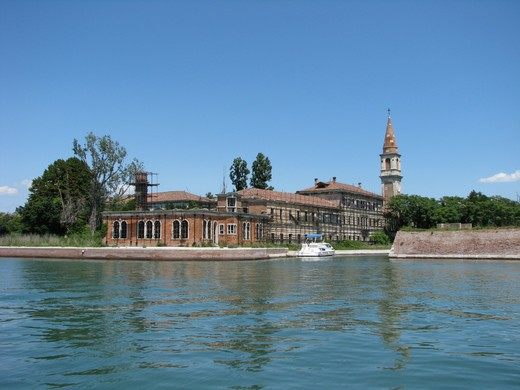 Poveglia is a small island located between Venice and Lido in the Venetian Lagoon, northern Italy.

For centuries Poveglia has been a refuge, a stronghold, a place of exile, and a dumping ground for the diseased and deceased.

In 1348, the Bubonic Plague arrived in Venice and Poveglia, like many other small islands, became a quarantine colony. Fearing the unbridled spread of the disease, Venice exiled many of its symptom-bearing citizens there. At the island's center the dead and the dying - who were mistaken for dead bodies - were burned on giant pyres. These fires would burn once more in 1630 when the Black Death again swept through the city.

In the 20th century the island was again used as a quarantine station, but in 1922 the existing buildings were converted into a hospital for the mentally ill. This went on until 1968, when the hospital was closed and the island once again became uninhabited.

Legends surround the island of hauntings by the victims of plague and war, as well as a crazy doctor of the mental institution who supposedly butchered and tortured patients.

Today, the island is closed to locals and tourists. In recent years, Italian construction crews attempted to restore the former hospital building, but unexpectedly stopped without reason.

3The Vatican Secret Archives: The Archives Themselves are Off Limits to Everyone Except a Few People 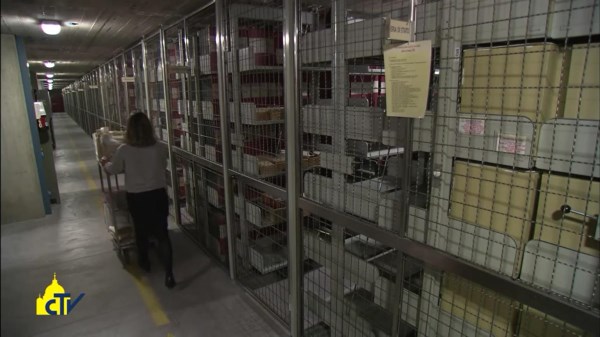 The Vatican Secret Archives, located in Vatican City, is the central repository for all of the acts promulgated by the Holy See. The entrance to the Archives building is adjacent to the Vatican Library off the Piazza of St. Peter's. The archives also contain the state papers, correspondence, papal account books, and many other documents which the church has accumulated over the centuries. In the 17th century, under the orders of Pope Paul V, the Secret Archives were separated from the Vatican Library, where scholars had some very limited access to them, and remained absolutely closed to outsiders until 1881, when Pope Leo XIII opened them to researchers, more than a thousand of whom now examine its documents each year.

The use of the word "secret" in the title "Vatican Secret Archives" does not denote the modern meaning of confidentiality. Its meaning is closer to that of the word "private," indicating that the archives are the Pope's personal property and do not belong to any particular department of the Roman Curia or the Holy See. The word "secret" was generally used in this sense in phrases such as "secret servants," "secret cupbearer," "secret carver," or "secretary," much like an esteemed position of honor and regard comparable to a VIP.

In other words, you can view any document you wish because the archives are not secret, despite their name. However, you cannot enter the archive. You must submit your request for a document and it will be supplied to you.

The Vatican Secret Archives have been estimated to contain 52 miles (84 km) of shelving, and there are 35,000 volumes in the selective catalogue alone. The only documents you can't access are those which are not yet 75 years old (in order to protect governmental and diplomatic information). Indexes are available for people who want to see if a document exists in the archives.

4Church of Our Lady Mary of Zion: Due to the Holiness of a Very Important Biblical Object Which is Preserved There, Only a Qualified Monk Has the Privilege of Entering the Temple (Ethiopia) 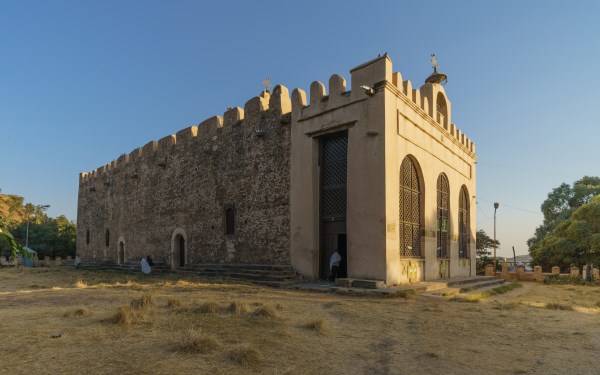 The Church of Our Lady Mary of Zion is found in Ethiopia, and it is impossible to access because it's claimed to contain one of the most important biblical objects, the original Ark of the Covenant, which according to tradition came to Ethiopia with Menelik I after he visited his father King Solomon.

Due to the holiness and relevance of the ark, only a specially chosen monk has the privilege of entering the temple, and no one else is allowed to lay eyes on it or even get close.

5The Jiangsu National Security Education Museum: A Spy Museum So Secret that Foreigners are Banned (China) 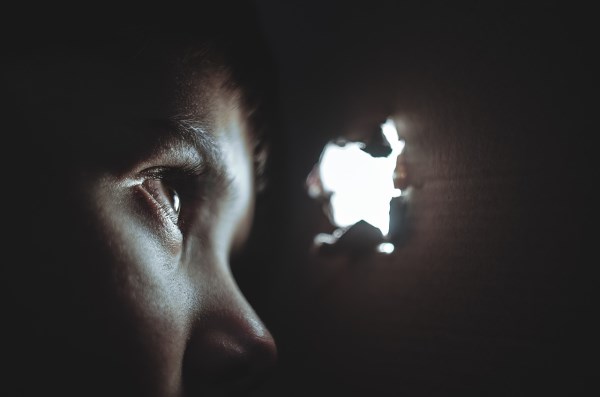 The Jiangsu National Security Education Museum in China is home to top secret documents about the history of Chinese espionage. There are a range of documents and gadgets dating from 1927, when the Communist Party's Central Committee espionage department was founded, to the 1980s. There is also a collection of tiny pistols, guns disguised as lipstick, miniature cameras, concealed wiretaps, hollowed-out coins used to conceal documents, and maps hidden in decks of cards.

People are allowed to enter, but they have to be Chinese nationals due to the fact that they don't want such sensitive spy information to be exposed to foreigners. In other words, you can only access it if you are citizen of the People's Republic. However, no photography is allowed inside the museum, even if you're Chinese.

6Niihau: An Exotic Hawaiian Island Closed to Most Visitors in Order to Preserve Its Indigenous Culture and Wildlife 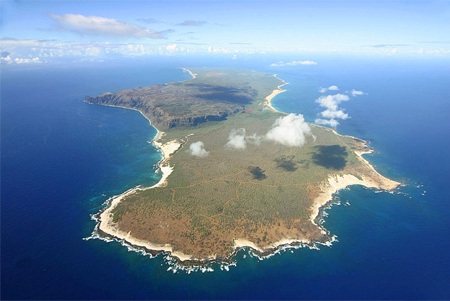 Niihau is the seventh largest of the inhabited Hawaiian Islands. This island has no paved roads. There are no stores, no restaurants, no electricity, and no indoor plumbing. On the other hand, Niihau has the only school in Hawaii—and perhaps the only one in the country—that relies entirely on solar power for its electricity.

Elizabeth Sinclair purchased Niihau in 1864 from the Kingdom of Hawaii and private ownership passed on to her descendants, the Robinson family.

In 1915, Sinclair's grandson, Aubrey Robinson, closed the island to most visitors with the purpose of preserving its indigenous culture and wildlife. Even relatives of the inhabitants could visit only by special permission.

Today, the island is generally off-limits to everyone except relatives of the island's owners, the natives, U.S. Navy personnel, government officials, and invited guests. There are very rare helicopter tours to the isle so you can wander along one of the beaches, but getting anywhere near the locals is strictly forbidden, giving it the nickname "The Forbidden Isle."

7Pine Gap: Only Area in Australia Designated as "Prohibited"

Pine Gap is the commonly used name for a satellite tracking station approximately 18 kilometres (11 mi) southwest of the town of Alice Springs in the center of Australia which is operated by both Australia and the United States.

The facility consists of a large computer complex with 14 radomes protecting the antennae. It has over 800 employees.

The location is strategically significant because it controls America's spy satellites as they pass over the third of the globe which includes China, parts of Russia, and Middle East oil fields. Central Australia was chosen because it was too remote for spy ships passing in international waters to intercept the signal.

8The Negev Nuclear Research Center: A Nuclear Installation Located in the Desert (Israel) 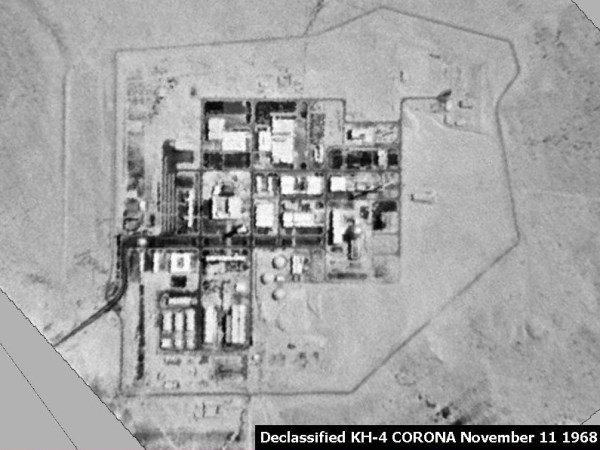 The Negev Nuclear Research Center is an Israeli nuclear installation located in the Negev desert, about thirteen kilometers southeast of the city of Dimona, Israel.

Its construction commenced in 1958 with French assistance, according to the Protocol of Sèvres agreements.

Information about the facility remains highly classified. But in 1986, Mordechai Vanunu, a former technician at Dimona, fled to the United Kingdom and revealed to the media some evidence of Israel's nuclear program and explained the purpose of each building, also revealing a top-secret underground facility directly below the installation.

In January 2012, media reports indicated that the Israel Atomic Energy Commission had decided to, at least temporarily, shut down the research center's reactor. The site's vulnerability to attack from Iran was cited as the main reason for the decision. In October and November 2012, it was reported that Hamas had fired rockets at Dimona (rather Negev Nuclear Research Center), but the facility was not harmed or damaged in any of the attempted strikes.

Of course the airspace over it is closed to all aircraft. They also implement the necessary measures to prevent unauthorized entry, so the area around it is heavily guarded and fenced off.

9Ise Grand Shrine: The Holiest and Most Important Shrine in Japan 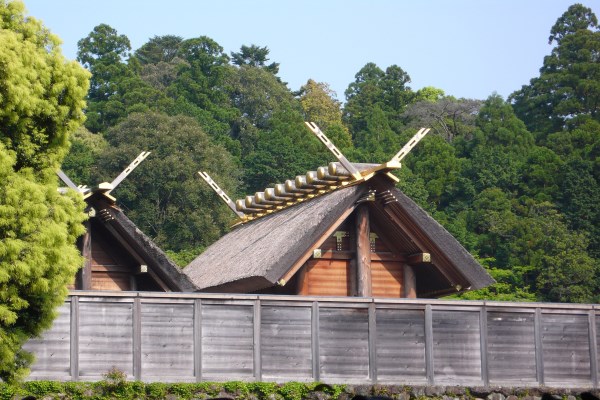 Ise Grand Shrine in Japan is a Shinto shrine dedicated to the goddess Amaterasu-?mikami. The Ise Jingu Shrine consists of two main shrines and about 125 additional shrines.

The shrine is one of Shinto's holiest and most important sites. Access to the site is strictly limited; the only person who can enter is the priest or priestess, who must be a member of the Japanese imperial family. The general public is allowed to see little more than the thatched roofs of the central structures, which are hidden behind four tall wooden fences.

Every twenty years, the two main buildings inside the Ise Jingu Shrine are rebuilt. The shrines that are rebuilt are Naiku, or the "Inner Shrine," and Geku, or the "Outer Shrine," and they, as well as other parts of the complex that undergo any rebuilding, are rebuilt according to the original design blueprints from over 1,000 years ago. This rebuilding tradition is part of the Shinto belief in the transience of life and the renewal that follows death. It is also an invaluable way to pass on ancient building techniques from one generation to the next. 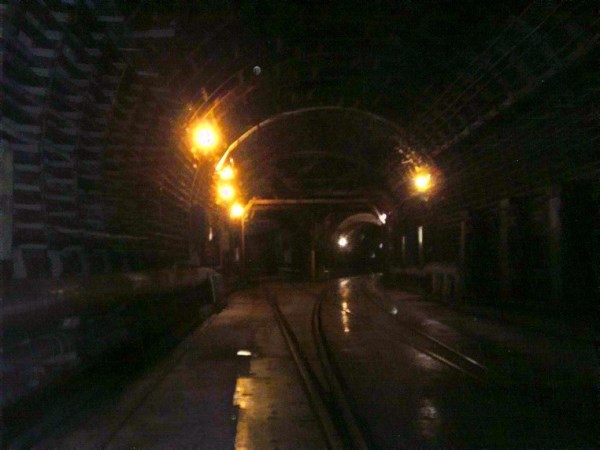 Metro-2 in Moscow, Russia is the informal name for a purported secret underground metro system which parallels the public Moscow Metro. The system was supposedly built, or at least started, during the time of Joseph Stalin and was codenamed D-6 by the KGB. It is supposedly still operated by the Main Directorate of Special Programs and the Ministry of Defense.

The length of Metro-2 is rumored to exceed that of the public Metro. It is said to have four lines that lie 50 to 200m deep. It is said to connect the Kremlin with the Federal Security Service (FSB) headquarters, the government airport at Vnukovo-2, and an underground town at Ramenki, in addition to other locations of national importance.

In 1994, the leader of an urban exploration group, the Diggers of the Underground Planet, claimed to have found an entrance to this underground system.

Sadly, all available information is speculative and unsupported by documentation such as photographs. Also, there are narratives told by people who say that they helped build Metro-2, and urban spelunkers claim to have "seen" Metro-2, but there are no explicit "firsthand" accounts.