We've all read about some of the scariest murder-suicides, yet there are countless other terrifying situations from history which get very little mention. The following nine cases feature brutal mass suicides, historical episodes which became infamous for ritual suicide, entire groups of people who committed suicide to avoid subjugation to enemy invaders, and more. Read on to discover nine freaky mass murder-suicides that will leave you stunned.

On the evening of November 18, 1978 in Jonestown, Guyana, 909 members of Peoples Temple killed themselves, including their leader Jim Jones and 276 children.

This fateful night, Jones ordered his congregation to drink a concoction of a cyanide-laced grape flavored drink. Parents were instructed to inject their young children with the same drink.

But what drove them to this dire decision?

During a visit from Leo Ryan, a Congressman from San Francisco, a number of Temple members expressed a desire to leave the sect. On the afternoon of the fatidic day, these members accompanied Ryan to the local airstrip. While they were boarding planes, a truckload of Jim Jones' guards arrived and began to shoot. The gunmen left five people dead: Congressman Ryan, a reporter and a cameraman from NBC, a newspaper photographer, and one "defector" from Peoples Temple. Fortunately, a producer for NBC News, Bob Flick, survived the attack.

The FBI did recover a 45 minute audio recording of the suicide in progress. On that tape, Jones tells Temple members that the Soviet Union --with whom the Temple had been negotiating a potential exodus for months-- would not take them after the Temple had murdered Ryan and others. Jones also convinced parents that hostile forces would convert captured children to fascism and would just let them grow up being dummies. Due to these arguments, 909 Temple members were forced to commit mass suicide. 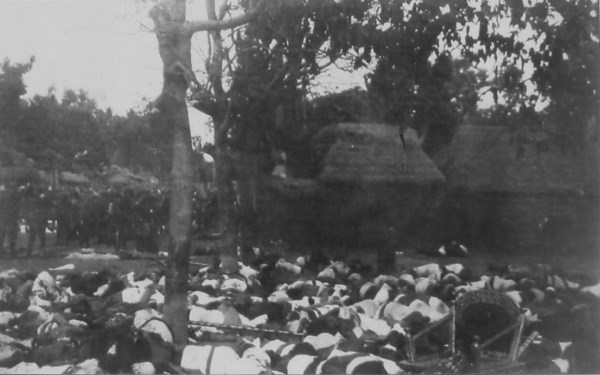 Puputan is a Balinese term that refers to a mass ritual suicide in preference to facing the humiliation of surrender.

On September 14, 1906, Puputan was committed by Balinese people to avoid being captured and enslaved by the Dutch invaders. To perform Puputan, the Raja dressed in their traditional white cremation garments and commanded that all valuables be burned. Then everyone, from the youngest child to the wives and priests, marched ceremoniously toward the aggressors.

When the procession was face to face with the Dutch force, the head priest thrust a dagger deep into the Raja's heart, signaling the commencement of Puputan. At that point the entire group simultaneously began to kill one another, while the women mockingly flung money and jewelry onto the stupefied troops.

On this fated day, over 1000 Balinese people committed murder-suicide.

Today, children are taught about Puputan and the day is commemorated with street reenactments. 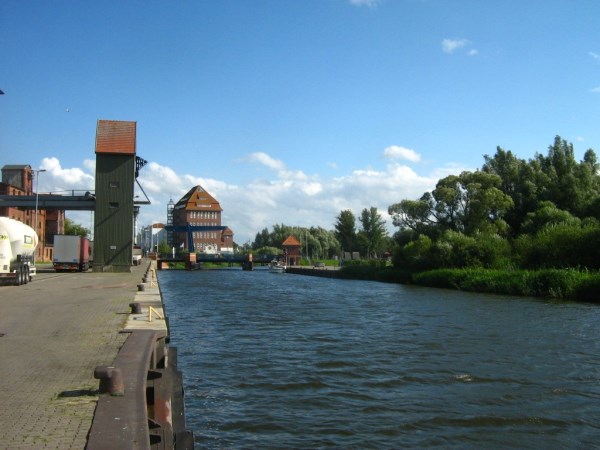 Note: This picture is just for illustrative purposes.

Toward the end of World War II, hundreds of people committed mass suicide in the town of Demmin, Germany. The suicides occurred during a mass panic that was provoked by atrocities including rape, murder, and pillaging that were committed by soldiers of the Soviet Red Army. In the spring of 1945, almost nine hundred people committed suicide with guns, razor blades, or poison, while others hanged or drowned themselves in the Peene and Tollense rivers. Several mothers killed their children before killing themselves, or walked into one of the rivers with a rock in a backpack and their babies in their arms.

However, the suicides were not successful in every case. Some mothers who had drowned their children were unable to drown themselves afterward. In other cases, the dose of poison was lethal for the children but not for their mothers.

Even though the citizens of Demmin did not commit suicide at exactly the same time, the closeness of the acts of suicide and the fact that they killed themselves for the same reasons makes this incident a mass suicide.

Jauhar and Saka are two ancient Indian Rajput Hindu traditions of honorable self-immolation that occurred in Rajput kingdoms during Mughal times. According to those traditions, men and women could avoid capture and dishonor at the hands of enemy invaders, along with protecting both sexes' honor. In other words, while the women and children would perform self-immolation, the men (fathers, husbands and sons) would charge against the attackers, facing certain death.

In 1303 AD, Ala-ud-din Khilji, the Muslim Sultan of Delhi, besieged Chittor Fort, so Rani Padmini, the queen of Chittor, led all the royal ladies (around 700 women) and their children into a bonfire in order to protect themselves from the Delhi's lustful army.

With their womenfolk dead, the men of Chittor had nothing to live for, so they decided to perform Saka. Each soldier got dressed in kesari robes and turbans. Armed with courage they fought with the vastly powerful array of the Sultan until all of them perished.

A second and third Jauhar took place in Chittor in 1535 and 1568, which saw the obliteration of entire Rajput lineages.

The Battle of Aquae Sextiae (in the south of present-day France) took place in 102 BC. According to the writings of Valerius Maximus and Florus, the king of the Teutones, Teutobod, was taken in irons after the Teutones were defeated by the Romans. Under the conditions of the surrender, three hundred married women were to be handed over as Roman slaves. When the matrons of the Teutones heard of this stipulation, they begged the consul that they might instead be allowed to minister in the temples of Ceres and Venus. When their request was denied, the Teutonic women slew their own children. The next morning, all the women were found dead in each other's arms, having strangled each other during the night. This act passed into Roman legends of Germanic heroism.

In 1994, the small Religious Movement called The Order of the Solar Temple leapt to fame after their appearance in Newspapers and on TV for the murder-suicide of 74 of its members.

The Solar Temple was founded in Geneva in 1984 by a New Age lecturer, Joseph De Mambro, and Luc Jouret, a homeopathic physician. Its headquarters was later moved to Zürich, and regional lodges were set up in Switzerland, Canada, and elsewhere. According to the teachings of The Solar Temple, the Earth would face a worldwide catastrophe in the mid-1990s. In anticipation of this apocalyptic event, members believed that it was necessary to enter a higher spiritual plane.

Between October 4 and 5, 1994, more than fifty members of The Solar Temple in Canada and Switzerland committed murder-suicide, and the buildings in which they died were set on fire. A year later another sixteen members killed themselves, and five more died similarly in March 1997.

Farewell letters were left by members, stating that they believed their deaths would be an escape from the "hypocrisies and oppression of this world." Records seized by the Quebec police showed that some members had personally donated over US$1 million to the cult's leader, Joseph Di Mambro.

Also in October 1994, a three-month-old baby named Emmanuel Dutoit was killed at the group's centre in Morin Heights, Quebec. The baby had been stabbed repeatedly with a wooden stake. It is believed that Di Mambro ordered his murder, due to the fact that he identified the baby as the Anti-Christ.

The founder of the cult, Marshall Applewhite -- who believed he was a descendant of Jesus Christ -- told his followers that the world was due to be "wiped clean" by its alien founders. So, they needed to leave the earth through their suicides so that their souls could go on a journey aboard a spaceship believed to be following Comet Hale-Bopp. In preparation for the genderless life that they believed awaited them, some male members of the cult also underwent voluntary castration.

On the ominous day, each of the followers were dressed in black shirts and sweat pants, brand new black-and-white Nike Decades athletic shoes, and armbands reading "Heaven's Gate Away Team."

The members took phenobarbital mixed with pineapple and vodka. Additionally, they secured plastic bags around their heads to induce asphyxiation. The followers, age 26 to 72, killed themselves in three waves on March 24, 25, and 26. The survivors always neatly arranged their dead comrades' bodies before committing suicide themselves.

All but three of the bodies were arranged neatly on their beds with their faces and torsos covered with a purple cloth. Each body had a five dollar bill and three quarters in their pockets, along with packed luggage at their sides.

The Siege of Masada by troops of the Roman Empire towards the end of the First Jewish–Roman War ended in the mass suicide of the 960 Jewish rebels and their families who were hiding there.

Masada is an ancient fortification in the Southern District of Israel which is situated on top of an isolated rock plateau on the eastern edge of the Judaean Desert overlooking the Dead Sea. The cliffs on the east edge of Masada are about 1,300 feet (400 m) high.

According to Josephus, in 73 CE the Romans required a total of 15,000 troops in order to crush Jewish resistance at Masada. When Roman troops entered the fortress, they discovered that its 960 inhabitants had committed mass suicide or killed each other. Josephus presumably based his narration upon the field commentaries of the Roman commanders that were accessible to him.

There are significant discrepancies between archaeological findings and Josephus' writings. Josephus mentions only one of the two palaces that have been excavated, refers to only one fire, while many buildings show fire damage, and claims that 960 people were killed, while the archaeologists found remains of only 28 bodies.

The Dance of Zalongo was the name given to an act a mass suicide by women from Souli and their children during the Souliote War of 1803, which took place near the village of Zalongo in Epirus (Greece).

During the Souliote War in December 1803, the Souliotes began evacuating Souli after their defeat by the forces of the Ottoman-Albanian ruler, Ali Pasha.

According to the legend, women jumped down the precipice one after another while singing and dancing. The incident soon became infamous across Europe. Today, a monument on the site of Mount Zalongo in Kassope (Greece) commemorates their sacrifice.