We all know that being human isn't easy, but being a mythical monster must really be challenging. Although the following people appear to look like human beings on the outside, they believe that they are really vampires, werewolves, or aliens. Some of them go about their lives peacefully, celebrating their uniqueness, but others turn dark and violent, blaming their crimes on their monster DNA.

1Florida Teenager Stephanie Pistey Claims that Being Part-Vampire, Part-Werewolf Led Her to Murder

In 2011, Stephanie Pistey, an 18-year old girl from Panama City, Florida, was found guilty of being an accessory to the murder of a 16-year-old boy named Jacob Hendershot. Investigators suspect that her involvement in the boy's death stemmed from the vampire cult that she belonged to.

"Since I was like 12, every fiber in my body, basically everything, I know this is going to be crazy, but I believe that I'm a vampire and part werewolf," the 18-year-old stated in a video interview with MSNBC.

At the time of her arrest, Pistey's Facebook profile listed "unworldly things" and "blood" among her main interests. She said that although she has drunk the blood of her fiancé and co-defendant William Chase, she did not drink the blood of the murder victim. 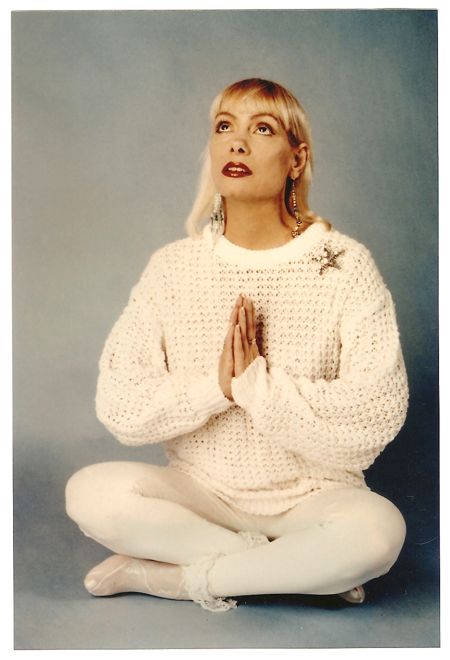 A striking blonde woman who calls herself Omnec Onec claims to have landed in the Nevada desert in 1955 after a long journey from her home planet of Venus. Once on Earth, she traveled to the state of Tennessee where she took the place of a 7-year-old girl named Sheila, who had just died in a bus accident.

Onec claims to be hundreds of years old in Venusian time. She spends her Earthbound time writing books celebrating the beauty of Venus, its philosophies, and its religion while also appearing on controversial American talk shows such as the Jerry Springer Show.

She now lives in Germany and continues to be very outspoken about her time on Venus on various web pages and Facebook . 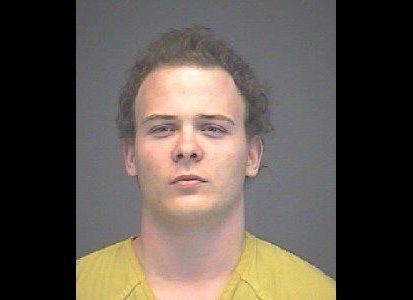 Police deputies were called to an Ohio campground in 2011 to control a violent man who was fighting with other campers and even animals. Upon their arrival at the scene they found an intoxicated 20-year-old underage drinker named Thomas Stroup.

Stroup, who was awakened from a drunken haze by authorities, threatened officers and then broke down and confessed his harrowing story. His explanation for his disorderly conduct was really quite plain; he was scratched by a wolf and had become a werewolf. Now, with every full moon he has no choice but to go on crazy rampages.

Sharkey claims that he began drinking blood at age five and then realized that he was a vampire. Apparently, as a boy he went to grab a snack from his uncle's refrigerator and found a bottle of blood instead. Upon drinking it he discovered the true monster inside himself, and has been craving blood ever since. He now consumes the blood of his girlfriends and mistresses twice a week, but also satiates himself with pig and cow blood.

Sharkey was investigated by the US Secret Service for threatening to impale president George W. Bush, and during a search of his house two rifles and a wooden stake were confiscated. Later in Tennessee, he reportedly attempted to set up a colony for vampires. When he wasn't lusting after blood, politics, and presidents, Sharkey took a break to record an album of Elvis Presley cover songs. 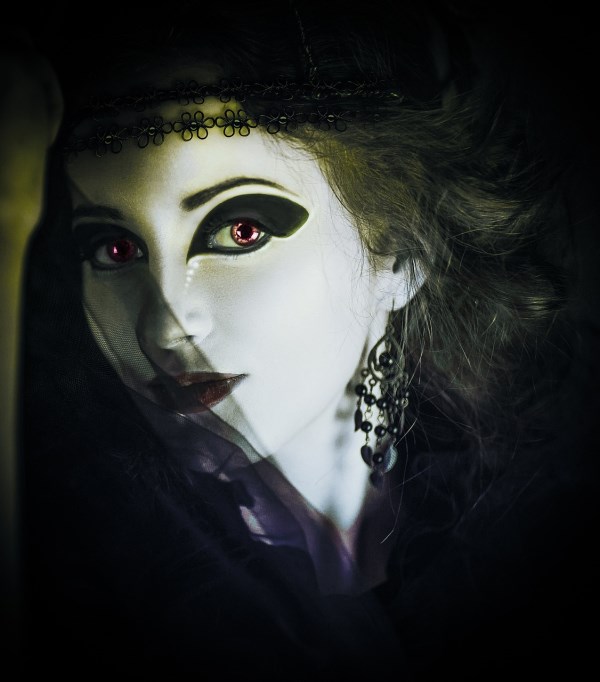 One evening, just before midnight in front of a Hooters restaurant in Florida, wheelchair bound Milton Ellis, age 69, awoke to find 22-year-old Josephine Rebecca Smith on top of him with blood lust on her mind. Smith told the elderly man that she was a vampire and began to bite him on the face and the neck, tearing off pieces of Ellis' face and lip.

Covered in blood, Ellis managed to get away and call the authorities. When police arrived they found the self-proclaimed vampire, Smith, half naked and covered in blood. Before she was arrested, Smith claimed to have no memory of the attack.

6Artist Cynthia Crawford Claims She is 2/3 Alien and 1/3 Human, Part of a Government Experiment 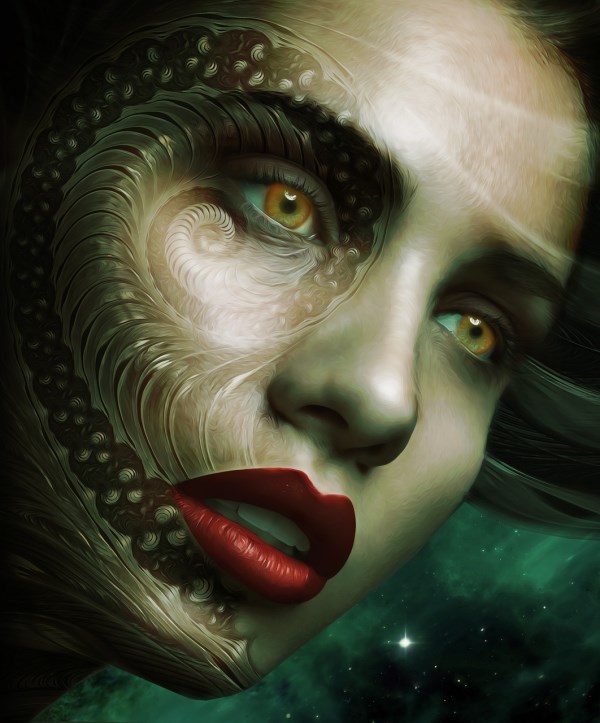 Cynthia Crawford, born in Arizona, works as an artist who molds statues of extraterrestrials. She says that the work helps her to identify with her birthright because her true race is that of an alien. Crawford claims to be only 34% human.

During an interview with the UK newspaper The Sun, she said, “I came from a government experiment. My father told me about it. He had operated with the government in Korea and experimented with alien devices found in their crashed ships."

"My mom was drugged as part of a program and impregnated with me. For that reason my DNA is only 34 percent human and I've got very porous bones, which are typical of my alien family. There are many races — Zuma Zeta, Tall White Zeta and Blue Archturian. I love them all. I channel their energies into my sculptures.”

During her childhood, she claims to have been abducted by aliens to be studied and impregnated numerous times. It was then that she realized that her hybrid genealogy gave her a mission here on Earth- to educate people. Her book "Lessons From the Galactic Family and the Masters" is soon to be released. 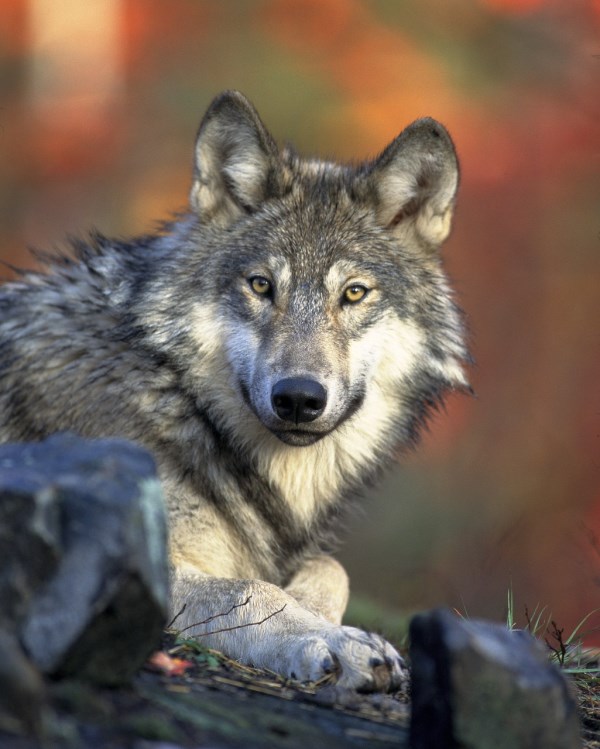 San Antonio, Texas teenager Sara Rodriguez believes that she is part wolf. Under the nickname Wolfie Blackheart, she acts as leader of a werewolf den called the Crimson Blood Wolf Pack. The pack is one of several in the Texas town in which members have taken to wearing canine fangs, contact lenses resembling wolf eyes, and animal tails attached to their jackets. They submit to Wolfie as their alpha dog and den mother.

While professing a fascination with blood, autopsies, and amateur taxidermy, Wolfie and her pack are apparently non-violent teenagers who have merely bonded together over their common belief that they are descended from wolves.

Although accusations of animal cruelty have been made because of her love of retrieving and preserving roadkill, Wolfie insists that she would sooner hurt a human than an animal. "I would never kill a canine. I am a canine… I'm not a killer. I'm really not… I would be more likely to hurt a human than a dog anyday.” 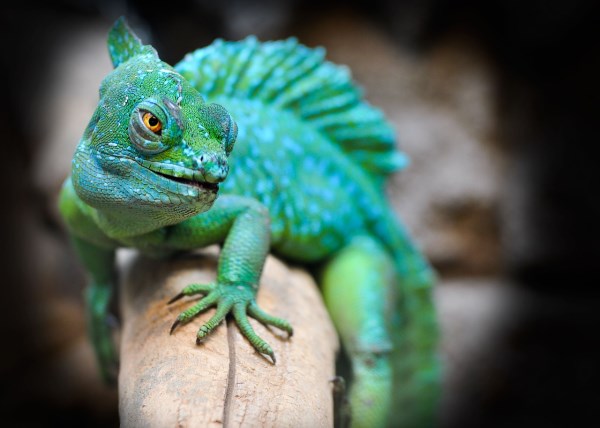 Author Jujuolui Kuita, age 41, is very active in the "Starseed" community, a group that has bonded together over common experiences with aliens. Although Kuita was born in Concord, California, she believes herself to be a reptilian shapeshifter with part human/ part alien DNA.

She says, “My planet is Faqui in the Andromeda galaxy. Since birth I've known I was from another place. I felt isolated and different, that this wasn't my home. I am half reptilian and can shape-shift into another species called Fajan.”

Apparently, the shapeshifting happens at a higher frequency than human eyes can see, but most importantly Kuita herself knows when it's happening. 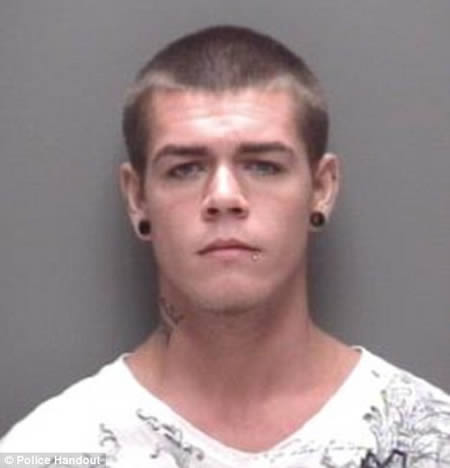 Another Texas youth, 19-year-old Lyle Monroe Bensley, was arrested in 2011 after breaking into a woman's home and biting her. Clad only in boxer shorts, the teen entered the victim's bedroom while making growling and hissing sounds.

The bitten woman managed to escape and contact police. When authorities arrived on the scene, they heard yells and growls coming from a parking lot where Bensley stated, "I'm a vampire, and I've been alive for over 500 years."

"He was begging us to restrain him because he didn't want to kill us," Galveston Officer Daniel Erickson told The Houston Chronicle. "He said he needed to feed." 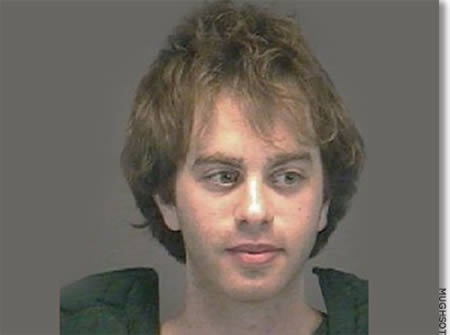 Drunk, muddy, and soaking wet, college student Andrew Whiteman was caught by police trying to kick down the door of an Ohio drugstore in 2010. To let the cops know exactly who they were messing with, he informed them that he was a 100-year-old vampire who would live eternally.

While being driven to the police station, Whiteman stated that he could smell the policemen's blood from the back seat of the patrol car. He then threatened to kill one of the officers and his children. Whiteman was so violent that he had to be restrained. Finally, while being booked, he threatened to eat a female jailer's kidney.

In the morning, the vampire was apologetic for his outbursts, but unfortunately his criminal charges still applied.