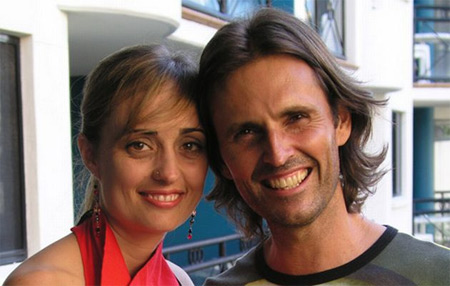 "My name is Jesus and I'm serious. Just a little over 2,000 years ago, we arrived on the Earth for the first time,” says Alan John Miller, a former IT specialist in Australia, who claims to be the reincarnation of Jesus Christ, while his partner says she's the repentant prostitute Mary Magdalene.

"I have very clear memories of the crucifixion, but it wasn't as harrowing for me as it was for others like Mary who was present," says Miller, a divorced father-of-two, who said his first marriage broke down when he "began to remember details" of the supposed incarnation. He also says he remembers performing miracles.

They both run a religious movement called "The Divine Truth" from their home and claim to attract seminars of up to 150 people. 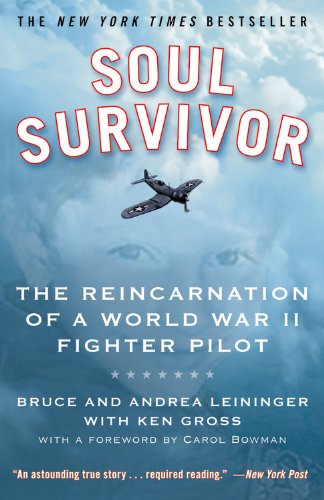 Six decades ago, a 21-year-old Navy fighter pilot on a mission over the Pacific was shot down by Japanese artillery. His name might have been forgotten, were it not for a toddler named James Leininger.

At first, the parents of the boy were puzzled, then disturbed, when their two-year-old son began screaming out chilling phrases such as, "Plane on fire! Little man can't get out!" during recurring nightmares, since the boy was a regular toddler who had only just begun stringing together sentences.

Over time, James' parents say he revealed extraordinary details about the life of former fighter pilot James Huston. They say the kid told them his plane had been hit by the Japanese and crashed. James also told his father the name of the boat he took off from — Natoma — and the name of someone he flew with — Jack Larson. After some research, Bruce discovered that both the Natoma and Jack Larson were real. The Natoma Bay was a small aircraft carrier in the Pacific, and Larson is living in Arkansas.

James also described how his plane had sustained a direct hit on the engine. Ralph Clarbour, a rear gunner on a U.S. airplane that flew off the Natoma Bay, says his plane was right next to the one flown by James M. Huston Jr. during a raid near Iwo Jima on March 3, 1945. Clarbour said he saw Huston's plane struck by anti-aircraft fire. "I would say he was hit head on, right in the middle of the engine," he said.

Now, quite a few people, including those who knew the fighter pilot, think James is the reincarnated pilot. In 2010, he published a best-seller called "Soul Survivor." 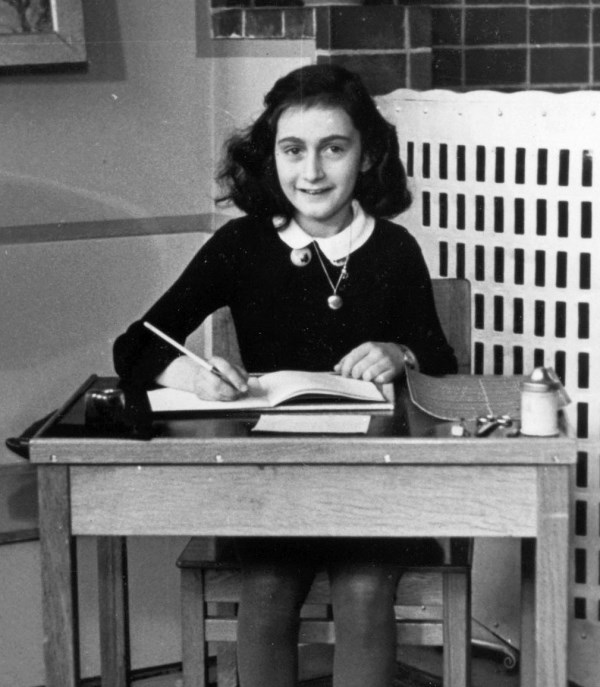 From a very early age, Swedish poet and author Barbro Karlen had recurring nightmares with Holocaust themes. Many years passed until she became convinced that she was the reincarnation of Anne Frank, so she publicly announced it during a television interview that was broadcast from Amsterdam in 1995. This startling news, coming out of the very city where the Franks had once lived, left Dutch viewers both amazed and shocked. She later published a book, And the Wolves Howled, which caused angry protests, as well as attempts to stop its publication, from a small section of the Jewish population. 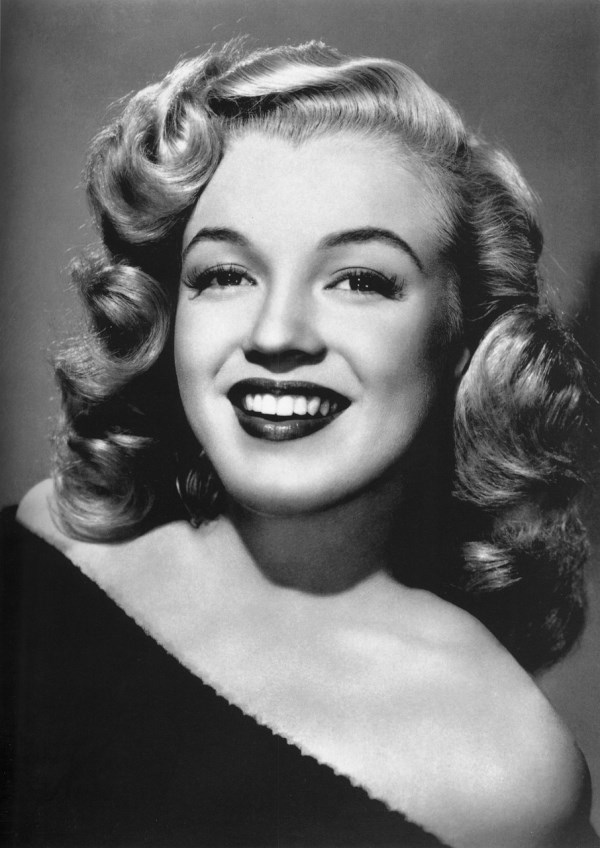 26-year-old shop assistant Chris Vicens is utterly convinced that he once lived as the blonde actress herself, Marilyn Monroe.

"When I first awoke from my session and the therapist told me who I'd said I was, I thought: No, that's not possible — what are the odds of that happening?" said Vicens, adding, "each time I regress, I learn a little more. I like to think I am a sane and rational person. I am definitely not making this up. Why would I open myself up to ridicule?"

He says that during just five sessions with regressional therapist Fiona Childs, he has learned details of the life of Monroe - born Norma Jean Baker - that he simply "did not know before."

5The Russian Traffic Officer Who Claims to be Jesus 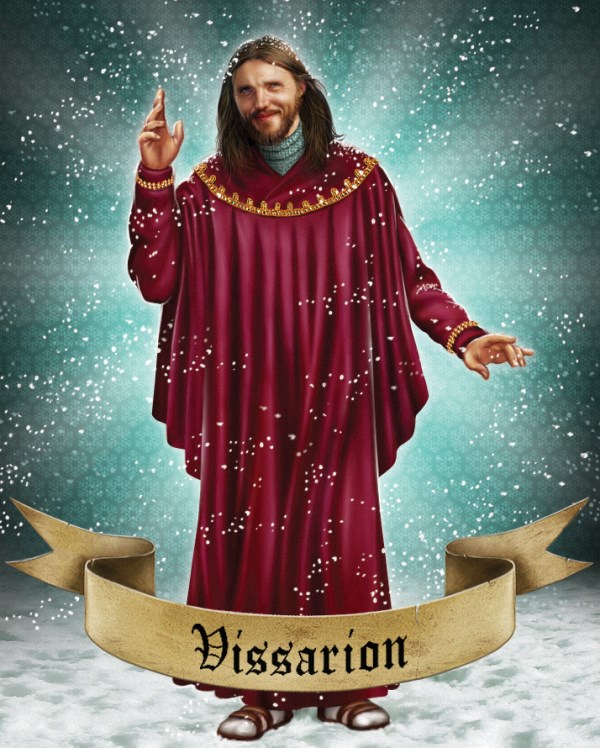 Can Jesus reincarnate in more than one person at the same time? For what it's worth, Sergey Anatolyevitch Torop, aka Vissarion, was first. He worked as a patrol officer before losing his job in 1989, after which, he claims, he was "reborn" as "Vissarion," the returned Jesus Christ. In his belief system this does not make him God, but instead the word of God. His religion combines elements of the Russian Orthodox Church with Buddhism, apocalypticism, collectivism, and ecological values. His followers observe strict regulations, are vegans, and are allowed no vices such as smoking or drinking alcohol. Money is also banned. The aim of the group is to unite all religions on Earth and has over 5,000 followers worldwide.

6Phil Collins, the Famous Rocker Who Believes He is the Reincarnation of an Alamo Survivor According to the Daily Mail, rockstar Phil Collins believes that he is the reincarnation of an Alamo survivor. The battle in 1836 saw 1,500 Mexican troops lay siege to 200 Texans, including Davy Crockett and Jim Bowie, at the Alamo mission in San Antonio. All but a handful of the Texans were killed. A clairvoyant whom he met in Texas while on a trip four years ago convinced the singer of it and he started studying the history of the Alamo, collecting artifacts from the battle until it became an all-consuming passion. Collins remains a little defensive about his reincarnation though, telling Rolling Stone magazine that he is not a "weirdo" for believing it is possible, producing pictures showing orbs of light and claiming that it is paranormal energy.

7Salvador Dali, Who Believed He Was the Reincarnation of His Dead Brother 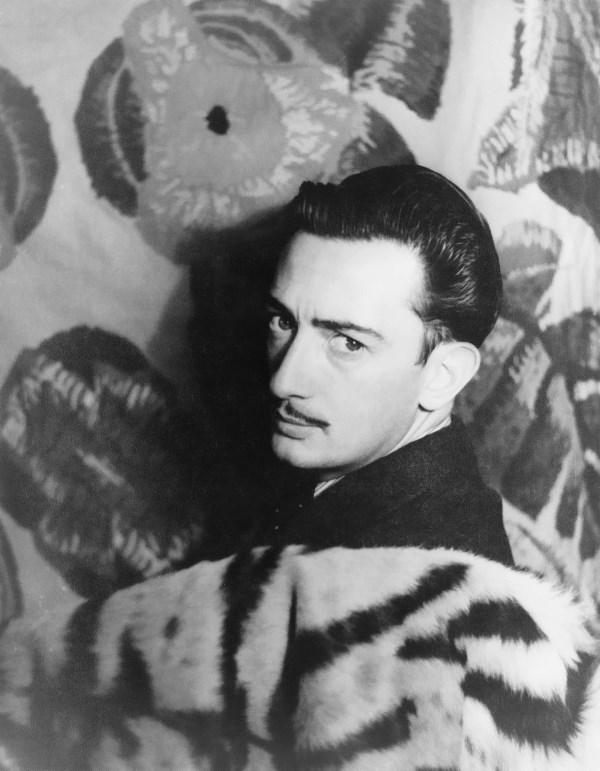 Famous artist Salvador Dalí's older brother, also named Salvador, died of gastroenteritis nine months before his birth. When he was five, Dalí was taken to his brother's grave and told by his parents that he was his brother's reincarnation, a concept which he came to believe. Of his brother, Dalí said, "...[we] resembled each other like two drops of water, but we had different reflections." He "was probably a first version of myself but conceived too much in the absolute." Images of his long-dead brother would reappear embedded in his later works, including "Portrait of My Dead Brother" (1963). In many of his writings, he claimed that he experienced deep stress from the pressure of living as both himself and his dead brother.