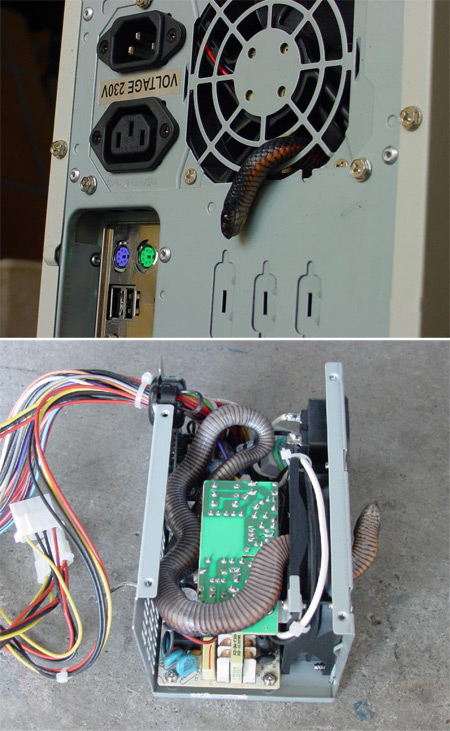 In 2002, technician Brian Fox from Brisbane, Australia was called to a job site which was a gardening/grass-growing farm in the general area of Boonah. The office area had some small holes in the walls, and sometimes had vermin in the office area. The office people called him one day because their computer wasn't working when it was turned on. They had heard a hissing noise when they turned it on, and he came to check it out. First, he put his hand around the back of the computer to "feel" whether the cords were all in place, then he spun the computer around to find the snake!

The snake was a baby red-belly black snake, which is highly deadly (when alive). It apparently crawled into the computer seeking the warmth of the computer fan after it was turned off for the day, but got electrocuted on the power source on the way out. 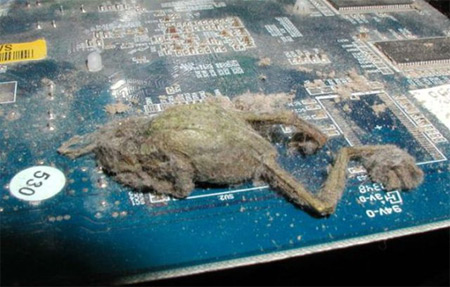 "The frog was significantly bigger than any of the openings in the case, so we don't know how it got in," said Richard Boyle from Sneakers Computers in Courtenay, British Columbia. 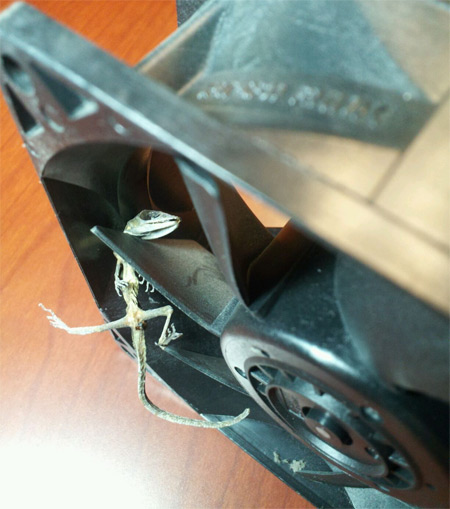 Maybe this is how the dinosaurs died. 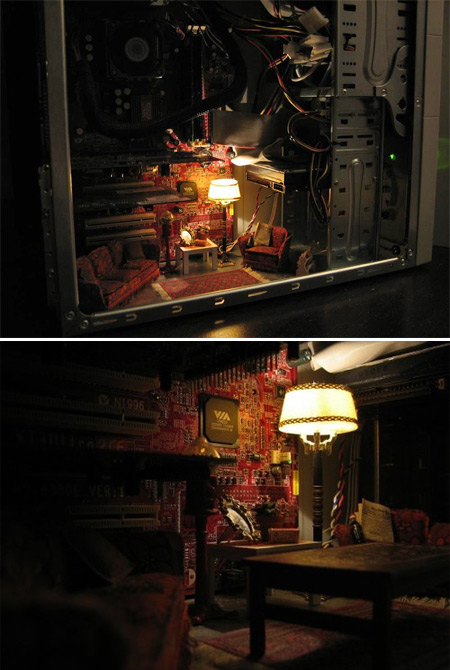 This russian PC modder turned his PC into a living room! It comes with a three-seater sofa, an armchair, a potted plant, a and little lamp that plugs into one of the PC's power circuits. The bottle of Coca Cola and a copy of the New York Times adds the extra touch. The furniture is so intricate that the maker must have had the patience of a saint (or a serial killer). 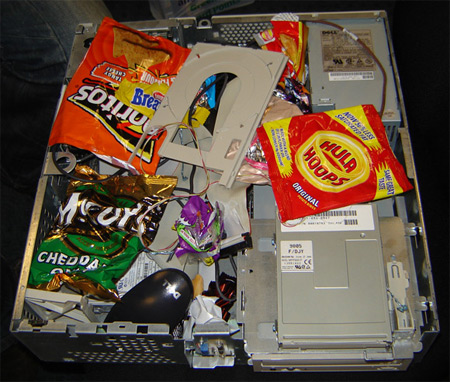 This was found at a school. 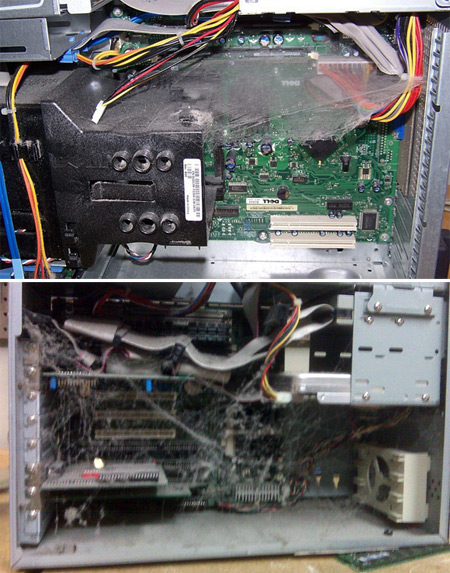 This machine was definitely used for web surfing. 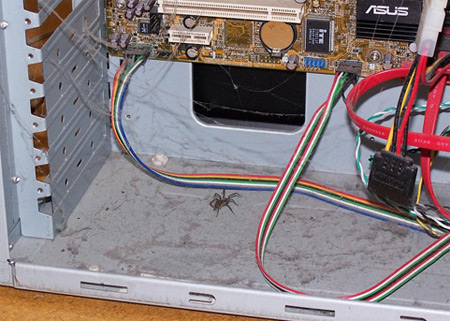 The king of the hill. 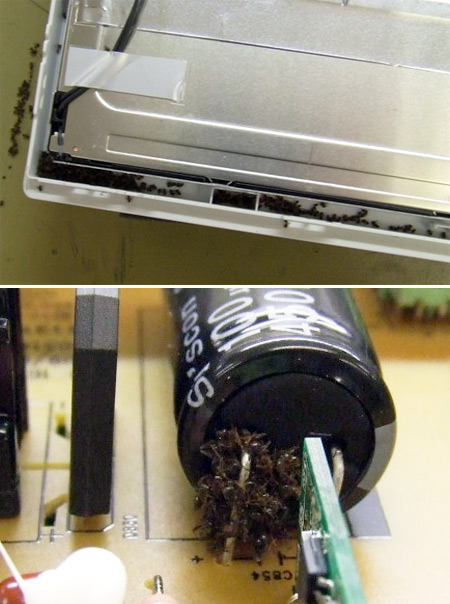 On closer inspection, they turned out to be roasted ants. 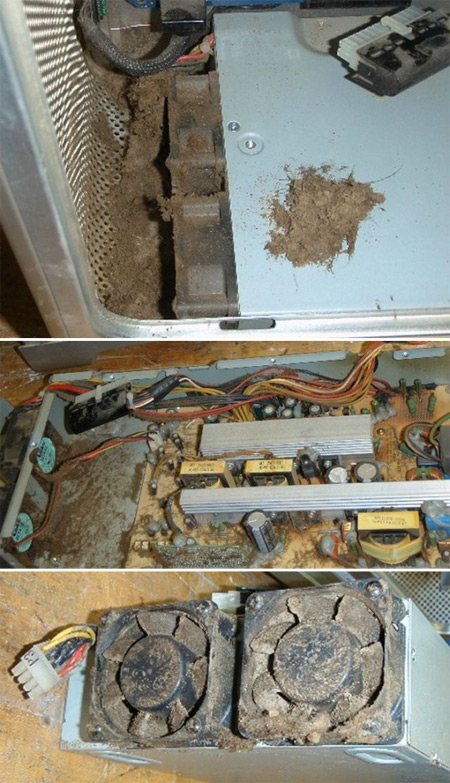 Was this PC recovered from the Titanic? 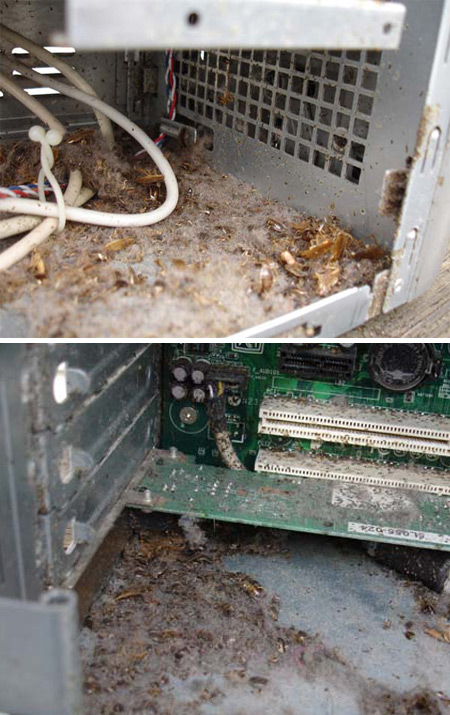 There are no ants here, because the cockroaches ate them.