1Zombies: Self-Defense is Excusable and so is Brain-Eating 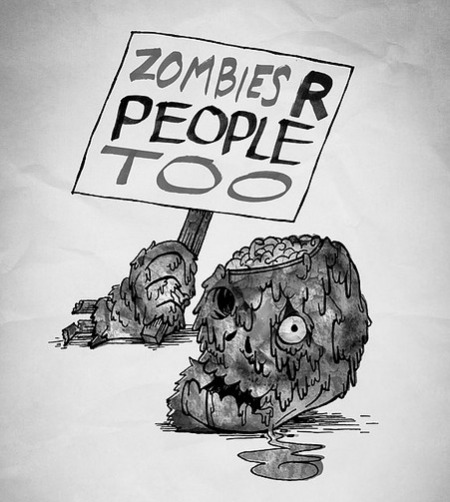 Zombie infestations are a complicated legal issue -after all, they were once humans with all the legal rights and responsibilities afforded to them.

From a legal standpoint, the most important issue is whether or not they are still considered humans. If not, you'd probably be fine going on a zombie slaughter as long as you don't accidentally kill any uninfected person in the process. If they are considered humans though, you can still kill zombies, but only in self-defense or to defend others. If you start sniping zombies from a rooftop when they present no direct threat to you, you might be in trouble later on.

From the zombie's perspective, there is another serious legal matter –are they legally responsible for anyone they kill while infected? Ryan Davidson of Law and the Multiverse points out that zombies lack conscious thought, therefore they cannot be held responsible for anyone they kill, or any other crimes they may commit, such as property damage, while in their infected state. Essentially, they would be legally insane during the period of infection and incapable of knowing right from wrong at that time, so even if they were later cured, they could not be held responsible for actions taken during that time.

He also explains that zombies will retain rights under the American justice system, as long as they are infected but alive. On the other hand, if the creatures are reanimated corpses, they have no rights. So you can't loot their property or violate their bodies unless they officially died at some point before they became a zombie. 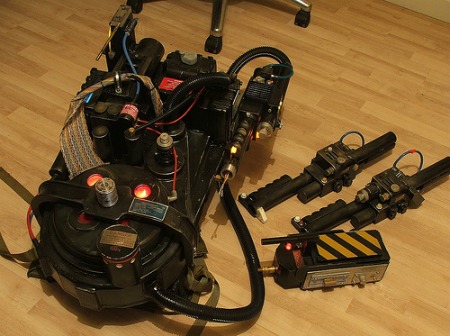 Like reanimated corpse zombies, ghosts were once people, but are no longer considered living from a legal perspective. This means that regardless of the ghost's living family members' feelings about their relatives being imprisoned in a machine in the basement of a building in New York, the Ghostbusters have every right to capture and trap spirits. While they could face false imprisonment charges for treating the living in such a manner, ghosts have no rights under the law. 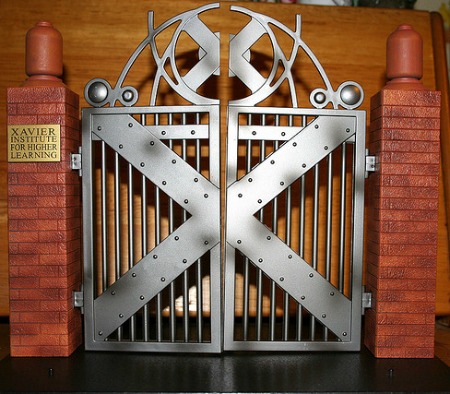 Law and The Multiverse has explored the issue of anti-mutant discrimination from a few different angles, observing that mutants deserve at least some protections under the law according to the 14th Amendment's Due Process clause. They also have pointed out that because some super powers cannot be controlled (like Hulk's rage episodes), those who have such powers are also protected by the Americans with Disabilities Act. That means that those mutants who could control their power would be protected from discrimination involving employment, provision of public services, and services provided by private entities.

On the other hand, it's not just those without mutant powers who can act in discriminatory manners. The fact that Charles Xavier only employs mutants at his schools violates the Genetic Information Nondiscrimination Act, which prohibits employers from using genetic information in hiring, firing or other employment-related decisions, with absolutely no exceptions. Remember, no matter how badly you feel for mutants who are discriminated against, they still shouldn't discriminate against anyone else.

4Firefly: The Serenity Crew is Going to Prison 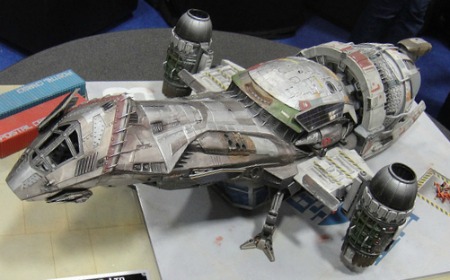 The crew of Serenity performs many, many crimes throughout the one season that Firefly lasted on Fox. So, just how much trouble would they be in if The Alliance abided by similar rules as modern day California?

According to one San Diego defense attorney, they could spend a lot of time behind bars. Their hospital heist alone could leave Mal, Zoe, Jayne, Simon and River all facing at least four felonies each, and even Sheppard Book could be charged with aiding and abetting.

5Christmas: Only Santa Can Legally Enter Your Home on Christmas Eve 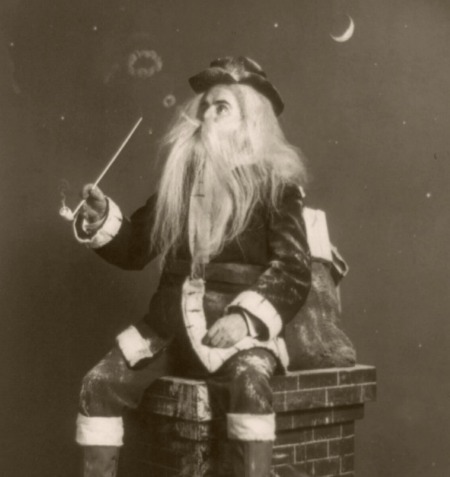 Plenty of people are anxious about Santa's annual arrival, but usually because they are excited about Christmas presents. Generally, people are not anxious that Santa is spying on them all the time (even in their sleep) to determine whether they have been naughty or nice, or because he enters their homes in the middle of the night without explicit invitation.

Even if someone was anxious about the spying and home invasion, though, Santa has every right to do so, but only if they consent to those behaviors. The fact that people leave out milk and cookies for Old Saint Nick serves as an implied contract that Santa is, in fact, welcome to enter their homes and judge them for being naughty or nice. Appropriately, those who stop believing, or who do not believe in the first place, do not leave out cookies and milk, and are also not visited on Christmas Eve or spied on. Essentially, those who wish for presents from Santa agree to give up their right to privacy and to allow him to enter their property in return, and their offering of cookies signifies an agreement to these terms.

On the other hand, this contract only applies to Santa. If someone else decides to break into your home to give you presents, they are committing identity theft and trespassing on private property. That's why Jack Skelington got in so much trouble in The Nightmare Before Christmas. Just because he had good intentions and wanted to act like Santa did not mean that those in a contract with Santa agreed to be visited by someone else, and he was particularly at fault for impersonating Santa's trademark looks, attitude, and personality without permission. Of course, that's aside from the obvious kidnapping charges he faces for smuggling Santa away from the North Pole. If he were convicted, Jack would likely be put away in prison for years to come, which would make Halloween an absolute drag, so it's a good thing Santa didn't want to press charges.

6Seinfeld: It Really is OK to Do Nothing 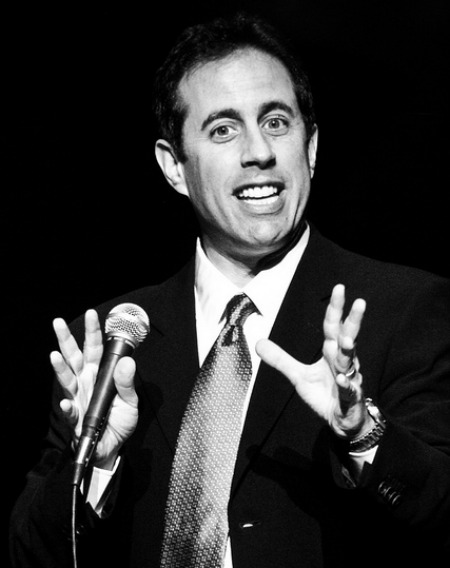 The series finale of Seinfeld is one of the most famous television episodes ever, but could the gang actually be busted for doing nothing while someone got robbed? According to a defense attorney in Vista, CA, not only is there no state with a law that requires people to do something when they see a crime (it would likely be constitutionally unjust to make such a law), but even if such a law did exist, the gang still couldn't be charged. That's because by filming the incident, the four friends would be gathering evidence to help fight the crime without putting their lives in danger. Additionally, they were not given adequate time to report the crime to authorities before they were arrested for negligence.

7Iron Man: Saving Lives Doesn't Put You Above the Law 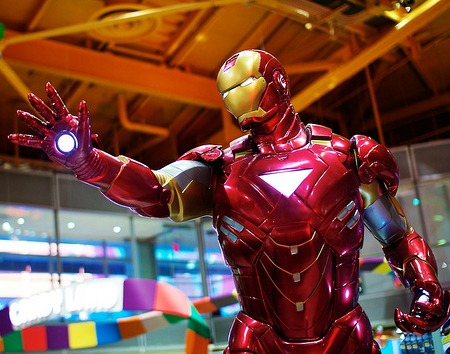 If you're familiar with Iron Man, then you know that Tony Stark likes to party. Unfortunately, saving the world isn't something you can plan for, which means that it's easy for him to enjoy a few too many drinks and then need to strap on his suit to go be a hero. If he did this, he could be charged with drinking and driving under most state laws.

While he did not drink and fly in his suit during any of the movies (at least, not away from his own private property), he does do so in the comics and in the Civil War Era of comics, and he even goes through a period of deep guilt after he almost kills a civilian while operating his suit while drunk. It's important to remember, if you're going to be a hero with a super-powered suit, you'd better stay sober.

8Ferris Bueller: He Might Just be the Worst Role Model on Earth 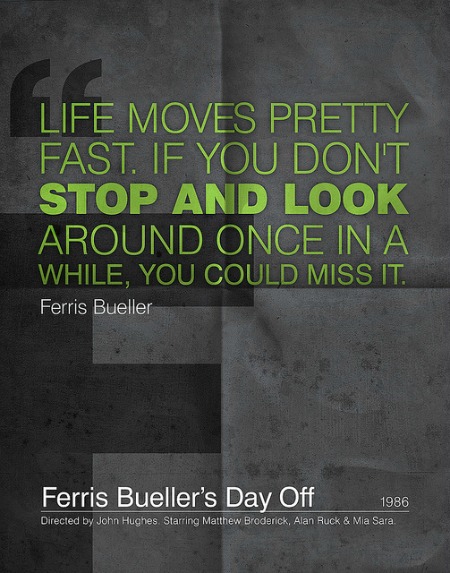 The kids in Ferris Bueller's Day Off have all kinds of fun and remind us all that it's important to step back from our daily routine here and there to enjoy all that life has to offer. That being said, it's not such a good idea to follow in Ferris' footsteps, as he committed a number of crimes throughout the film and would probably be charged with a number of felonies and misdemeanors. While the gang in the film would probably be able to avoid jail because they were so young, acted without malice, and had no criminal records, they would still be in a lot of trouble and anyone copying their “day off” would likely end up in prison for a few years.