1The dog who lead rescuers to owner's fatal accident scene 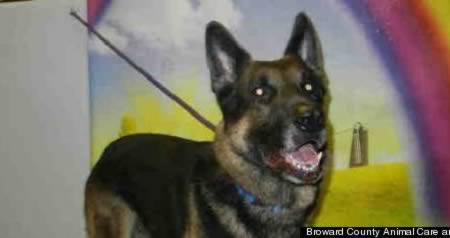 A faithful dog led rescue crews a quarter-mile down a dark Florida highway to the scene of his owner's fatal car accident. Gregory Todd Travers, 41, lost control of his vehicle on State Road 84 near Davie, slamming into a bridge support and rolling into the stretch of road. While first responders searched for the wreckage, a dog came limping toward them. Led by Simon the German Shepherd, the group was able to find the wreckage. Simon circled and then licked Travers before jumping into the car next to his owner and waiting.

Tragically, Travers died at the scene. 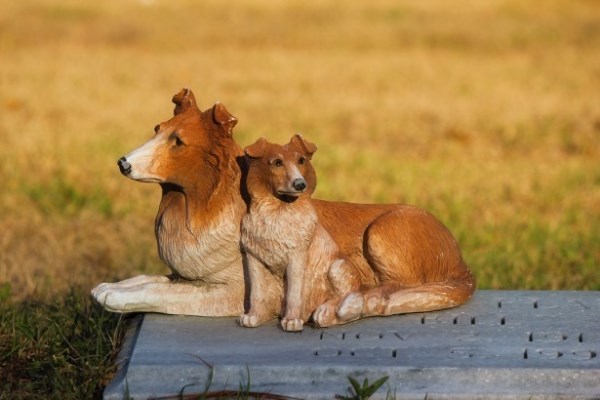 A faithful dog has refused to leave the side of his dead master's grave for six years. German shepherd Capitan ran away from home after the death of Argentinian Miguel Guzman in 2006. A week later Mr. Guzman's family went to pay their respects and found the heartbroken pet sitting by his owner's grave, wailing.

Since then the grieving dog has rarely left the spot at the cemetery in the town of Villa Carlos Paz, in central Argentina. Mr. Guzman bought Capitan as a present for his 13-year-old son Damian in 2005.

Although the dog often leaves the cemetery to spend a short period of time with his family, he always returns to the gravesite before dark. 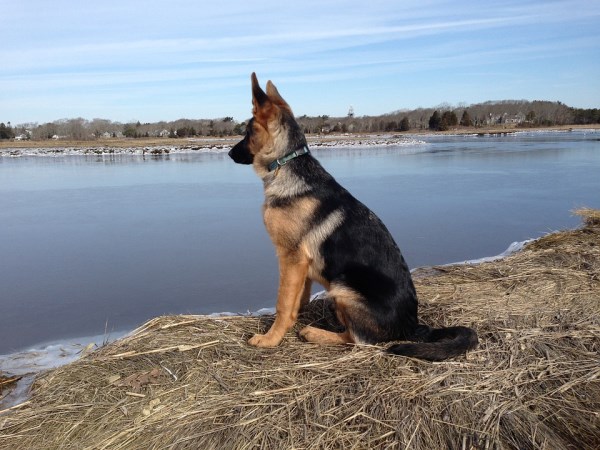 A missing toddler was found safe and well in the Australian bush after being guarded from harm by his family's faithful pet dog for 14 hours. Dasher the German Shepherd was found by two-year-old Dante Berry's side when rescuers tracked them down in a woodland more than four kilometers from his mother's home in Mildura, Victoria.

Dante's mother Bianca Chapman raised the alarm after the pair disappeared from her front garden. They were eventually discovered when two police officers heard a loud cry in knee-high scrub several meters from the track. 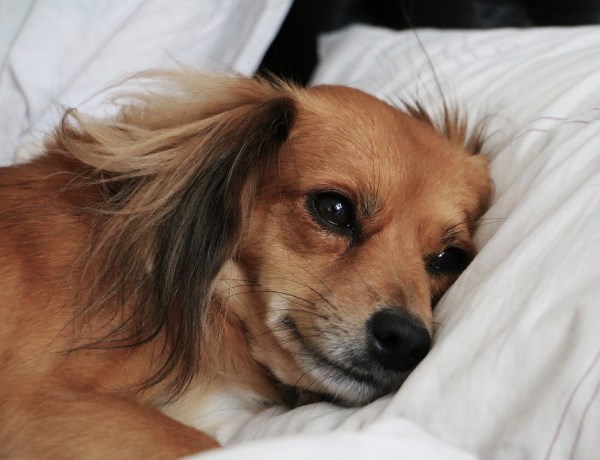 A loyal dog stayed by its owner for up to 12 hours after he was killed in a hit-and-run accident. The man was struck by a car during the night on Highway 1 in Santa Cruz, California. He was fatally struck while riding his bicycle and his body was left lying by the roadside until the next morning.

A passer-by spotted the man's contorted bike in a slightly lowered area by the side of the road, along with his lifeless body and the uninjured dog. A crate which the man had fixed to the bike for carrying his mutt lay strewn on the ground.

His body had been there anywhere between eight and 12 hours, and his heartbroken pooch, a Cairn terrier mix similar to Toto in The Wizard of Oz, had stayed by his side the entire time.

5The dog who prevented owner from committing suicide 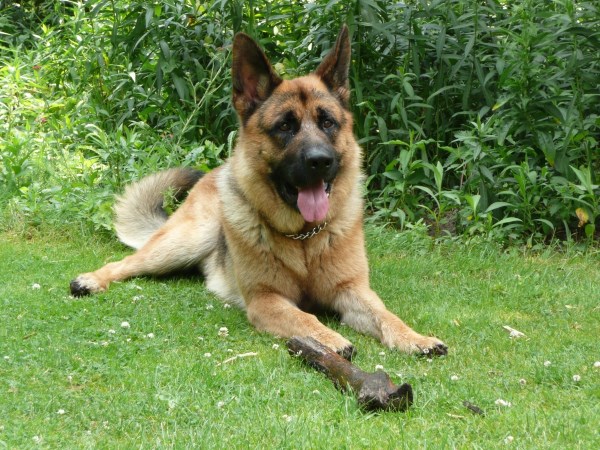 A pet owner in France was reportedly prevented from committing suicide by her dog after it decided it was not yet ready to see her go. The 63-year-old female decided to end it all in her backyard in Sorgues but her German shepherd apparently had a different idea. In desperation, the loyal pet reportedly did what anyone else who loved her would have done and collided with the elderly woman in an attempt to get her to drop the gun. "[The dog] probably sensed things and knocked into her to save her," a police officer said. The woman suffered a chest wound but was not seriously hurt and should make a full recovery. 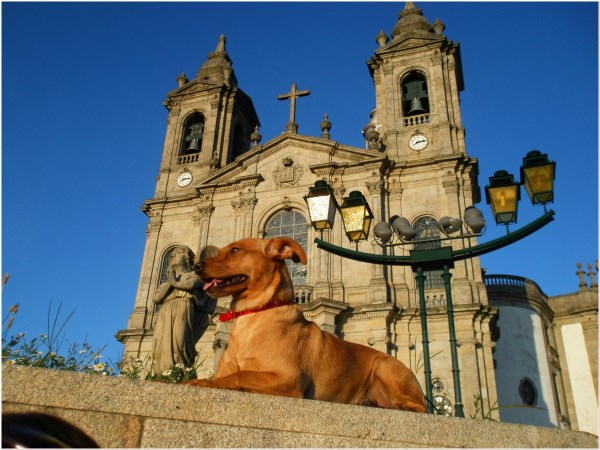 A heartbroken dog whose owner died a few months ago is missing her so much that he is attending services at the Italian church where her funeral was held, patiently waiting for her to return. Loyal Tommy, a seven-year-old German Shepherd, belonged to Maria Margherita Lochi, 57, and had been her faithful companion after she adopted him when she found him abandoned in fields close to her home.

Mrs. Lochi adopted several strays she found but friends said she developed a particularly close affection for Tommy and would walk to church with him from her home every day, where the priest would allow him to sit patiently by her feet. Following her death at San Donaci near Brindisi, a funeral service was held at which Tommy joined mourners, and since then he has been a regular at the church arriving on time when the bells ring out to mark the start of services.

7The dog who stood guard over dead friend's body in China 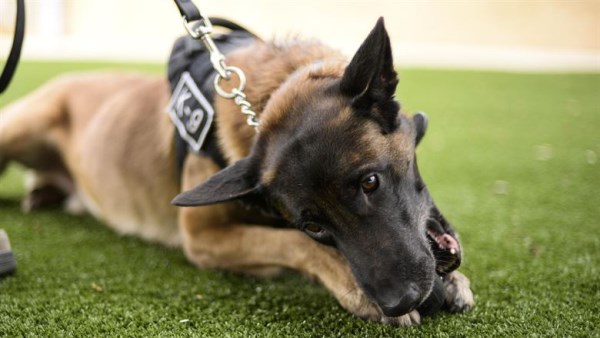 This is one of the most powerful photos of friendship we've ever seen. A male dog in Zhangzhou, China was photographed standing guard over his female companion after she was hit by a car and killed. The male dog braved oncoming traffic in order to stay by his friend's side. Once in a while, witnesses would see the dog nudge the female's body, as if trying to wake her. The loyal companion stood guard for more than 6 hours.

Xiao Wu, a local butcher, said that he had often seen the two stray dogs playing together. 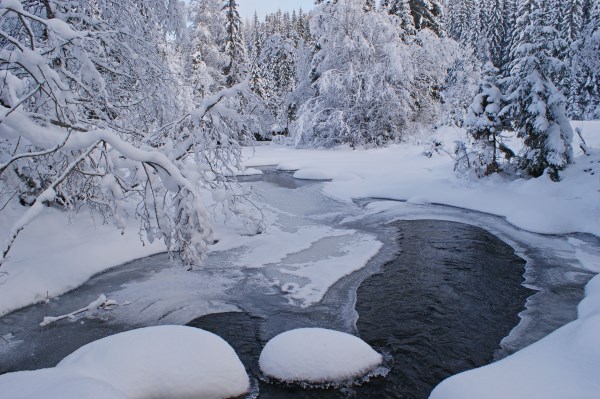 As if there wasn't enough evidence that dogs are just plain awesome, now comes the news that a man's loyal dog waited and watched for 30 minutes as the fire department rescued his owner after he crashed through thin ice on the Colorado River. The unidentified 60 year-old-man and his canine companion were out on the banks of the river for an afternoon of duck hunting. The man fell through the thin ice when he walked onto the ice to retrieve a duck.

Nearby hunters witnessed the accident and called 911. But while they waited for help, the man's dog refused to leave the scene. Like a worried relative in the waiting room, the dog paced back and forth, trying to reach the man, who repeatedly waved the dog off, fearing for its safety.

9The husky who tracked owner to hospital 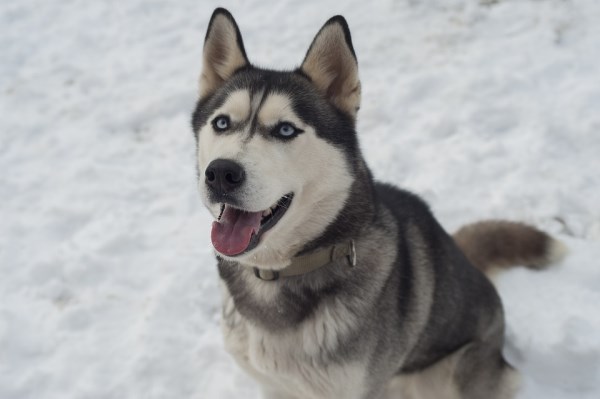 A husky missed his owner so much that the canine somehow tracked him to a hospital two miles away in the middle of the night. Zander the white husky was a shelter dog who was rescued by John Dolan five years before. When Dolan was hospitalized in a Long Island, New York hospital with a skin condition, Zander became very depressed and was moping around the house. So the dedicated husky snuck out at 3 a.m. and amazingly found Dolan at Good Samaritan Hospital in West Islip.

A hospital employee found the dog on the street outside of building where Dolan was being treated. The nurse called the number on Zander's collar which turned out to be Dolan's cell phone number; he answered the phone from his hospital bed. Dolan's wife later came over and retrieved Zander. The dedicated dog even made a second trip to the hospital later. 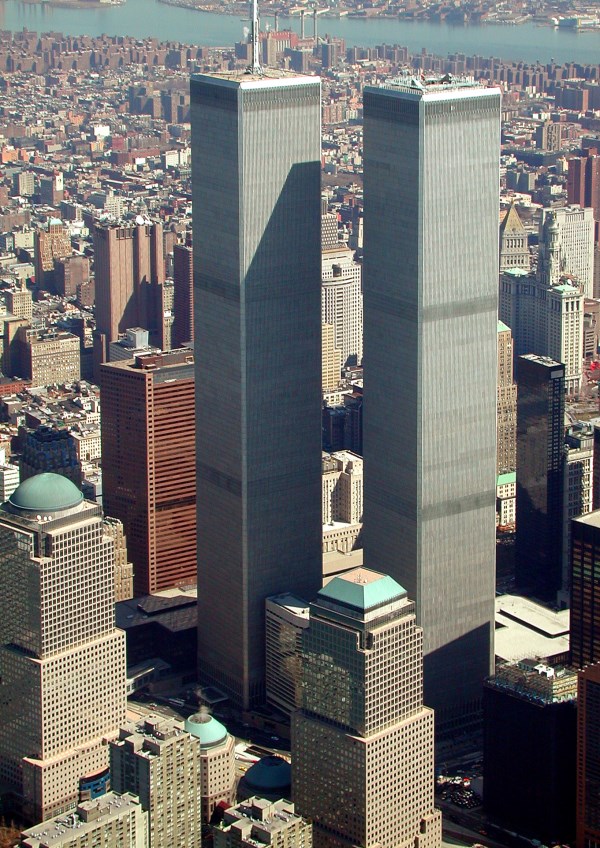 On Sept. 11, 2001, Omar Eduardo Rivera, a blind computer technician, was working on the 71st floor of the World Trade Center with his guide dog, Dorado. When the hijacked plane hit the tower, Rivera knew it would take him a long time to evacuate the building, but he wanted his Labrador retriever to have a chance to get out so he unclipped his leash in the crowded stairwell. “I thought I was lost forever — the noise and the heat were terrifying — but I had to give Dorado the chance of escape. So I unclipped his leash, ruffled his head, gave him a nudge and ordered Dorado to go,” Rivera said.

Dorado was swept downstairs by the mass of evacuating people, but a few minutes later Rivera felt the dog nuzzling his legs — Dorado had come right back to his side. Dorado and a co-worker then helped Rivera climb down 70 flights of stairs, which took nearly an hour. Soon after they escaped the tower, the building collapsed, and Rivera says he owes his life to his faithful dog.