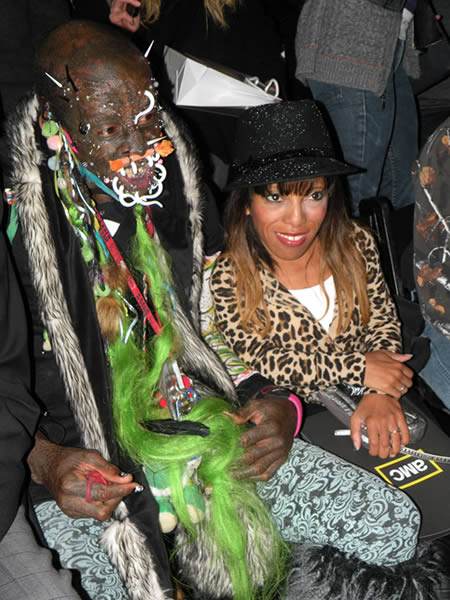 Marcus “the Creature” with his date Amazing Ali, aka “LA's littlest lady,” are not only the stars of the new AMC TV show 'Freakshow', but also the stars of the front row at Mercedes-Benz Fashion Week. Getting big love from the photogs, Marcus' paisley print pants and Ali's leopard top and sharp chapeau seemed to over-shadow the runway show of designer Cesar Galindo, showing his CZAR collection. Who says all over face piercings won't be next season's LBD? 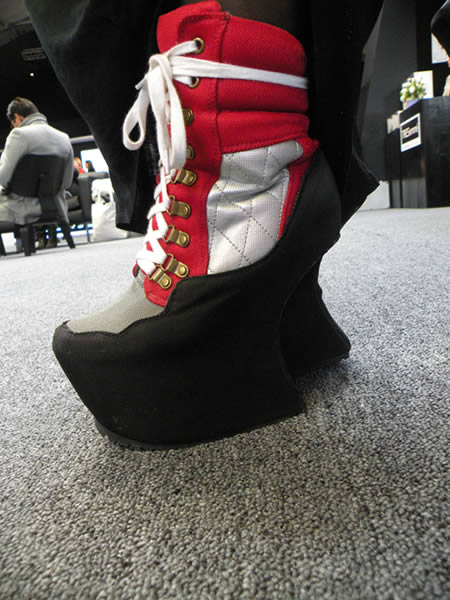 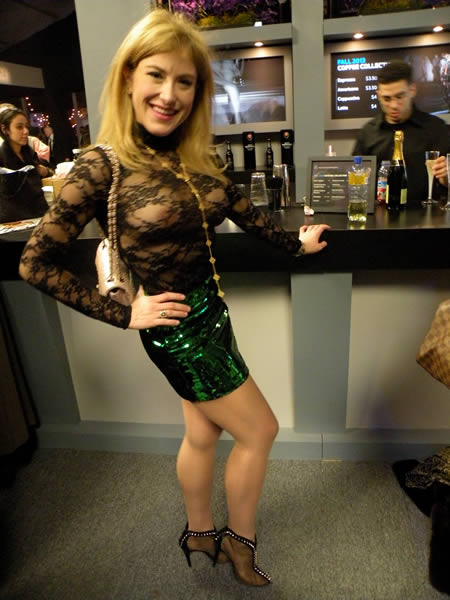 Going into Fall 2013, lace will be a staple in every fashionista's wardrobe, but….probably best to compliment this top with a fashionable foundation garment, as well. 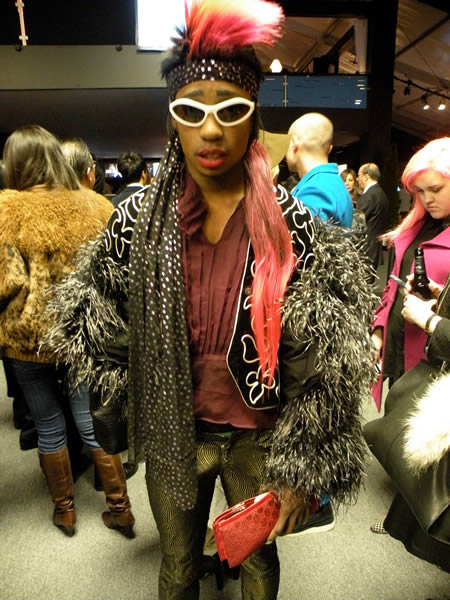 Faux-fur is all the rage, but not on your head. Love the feather sleeves and the pop of color in the clutch. 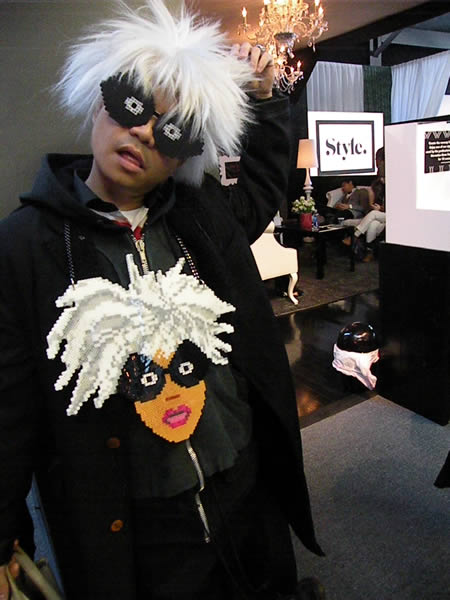 This updated Andy Warhol artist re-conceives the mini-me accessory, all hand-crafted in Legos. 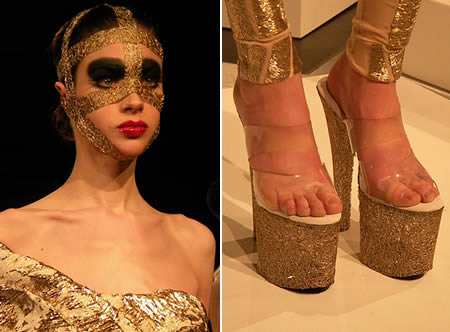 It must have taken designer Rafael Cennamo months to mine the amount of gold it took to mount his presentation at Lincoln Center. Models stood elegantly draped in golden gowns, gold-fabric headpieces, and four-inch gold painted cork wedges--it was a gilded extravaganza. All of it was made more bizarre by the smoky-eyed look taken to zombie extremes. 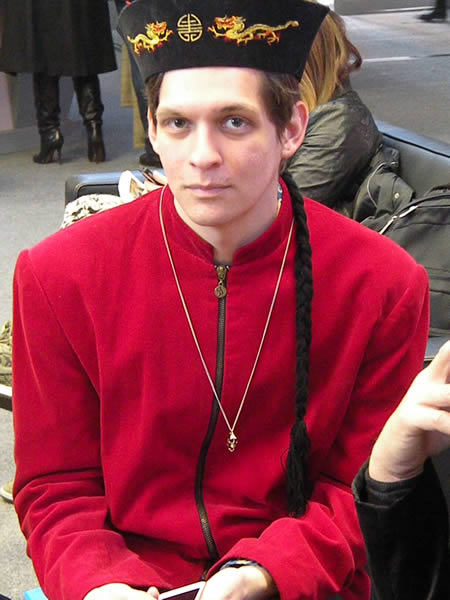 This fashion follower takes us back to the ancient Orient, when hats like these were worn by Chinese officials—not non-Asian white guys! 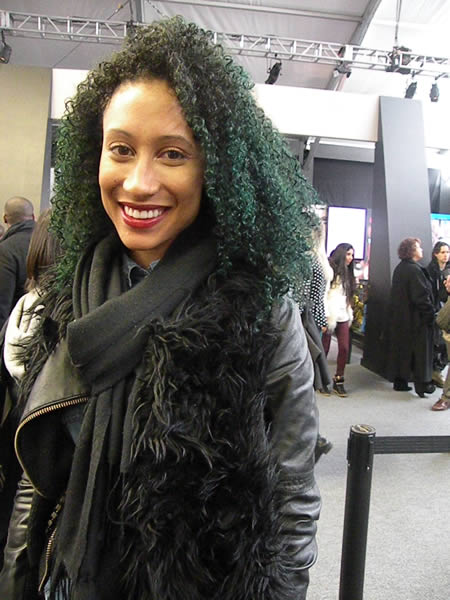 This cute, trendy New Yorker just wants to start her own hair movement. Who says green hair isn't the next incarnation of Michelle Obama bangs? 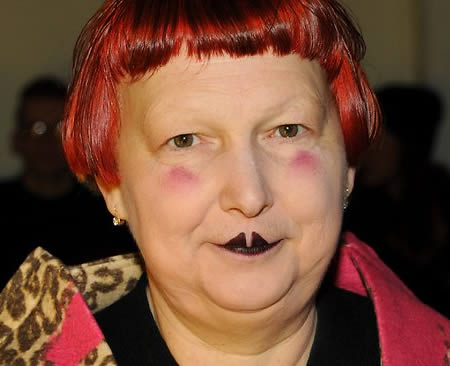