So you think you have what it takes to cross over the threshold of manhood, or that you are a devout follower of your religion? How far are you willing to go to prove it? These fervent followers are willing to go to bloody and painful extremes to affirm their faith or place in society. Read on, if you dare… 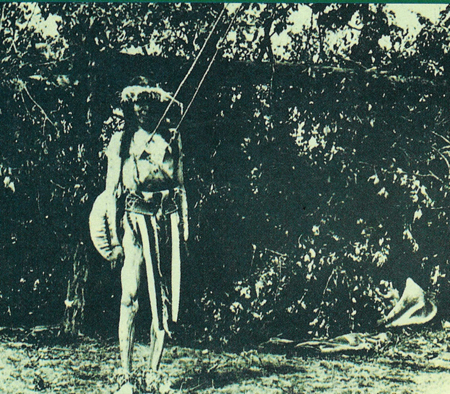 Look Ma, I got into Sun Dance!

We sometimes think of Native Americans as gentile, peace-loving souls. However, the Sun Dance ritual practiced by some Plains Indian tribes could get pretty gory. The 8 day ritual centered around death and rebirth. Sun Dancers would fast for days, and men would be skewered through their skin, representing the tree of life. The true pain and gore comes with the fact that they would slowly lean back until the skewers would rip through. The ritual was banned in the US in 1904, but is legal today. 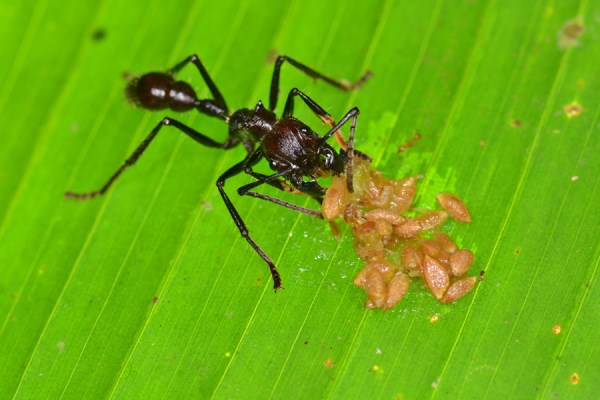 Think you've got what it takes to be a man? Try going through what the young men from the Satere-Mawe tribe of Brazil do. Young men must place their hands inside gloves that have bullet ants sewn into the fingers. The pain one feels from this ant is akin to being shot (hence the name) and the boys must not show signs of agony for 20 minutes, while other members of the tribe sing and dance around them. If that weren't bad enough – they must repeat this ritual 20 more times. 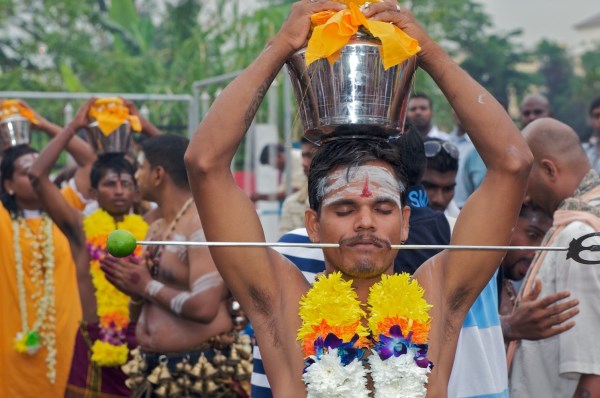 In the Southern part of India, Hindus in Tamil Nadu celebrate their devotion to the birth of Lord Murugan and his killing of Soorapadman, a vengeful spirit, with a spear. They do this with painful piercings around the body, including the tongue. Over time, the rituals have become more dramatic, colorful, and bloody, with large spears and hooks through the chest and face – some devotees even pull large wagons with ropes attached to their bloody backs. 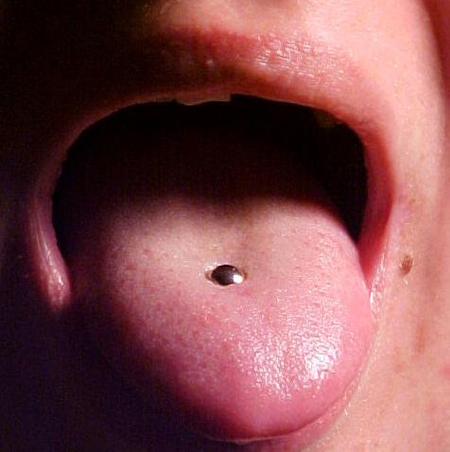 Stick out your tongue and say AHHHHH!!!!!

This gory ritual from Papua, New Guinea revolves around ridding the male Matsu of their “female influences” so they can become men. They do this by sliding wooden canes down their throats and reeds into their noses to induce vomiting. Then their tongues are repeatedly stabbed. Watch if you can: 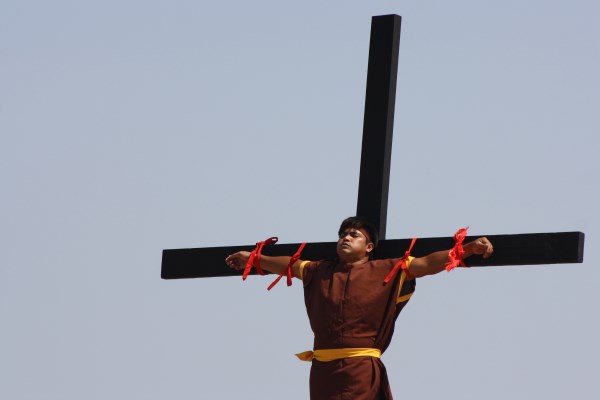 You don't think that Roman Catholics have their share of gory festivals? Check out these Filipinos, who re-enact the painful crucifixion of Jesus Christ every Good Friday by getting nailed… to the cross that is. Men and women have both endured this bloody ritual, which is also accompanied by dozens of barefoot men who whip themselves, causing the streets to literally run with blood. 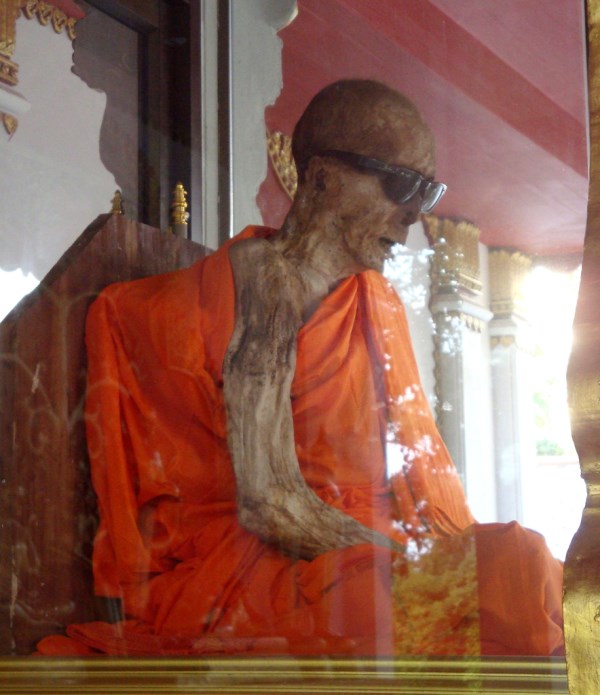 This is perhaps the slowest, most painful, and goriest of them all – turning yourself into a mummy. The process was known as Sokushinbutsu. Over a three year period, monks would slowly starve themselves, eating nothing but nuts and seeds to eliminate body fat. Then, they ate wood and drank a poisonous tea for another three years, until they were barely alive. They were then buried in a tomb, with a little bell attached, which they would periodically ring until, of course, they finally died.

SourcePhoto
Pain and gore are not exclusive to any one religion or culture – in fact, almost all have some kind of sacrifice. In addition, genital circumcision/mutilation of men and women is, sadly, another horrible sub-section of pain and abuse that we have chosen to avoid (we have weak stomachs). But go ahead, you sickos, feel free to post your favorite gory rituals that we missed…