We all know the story of the ill-fated RMS Titanic, but did you know that the Titanic had only the third-worst non-military loss of life ever recorded? There were two more disasters that ranked as even more deadly than the famous ocean liner, and that's without even counting the military ones. Read on to learn about ten of the most terrifying maritime disasters ever documented.

1MV Wilhelm Gustloff: Largest Loss of Life of All Time 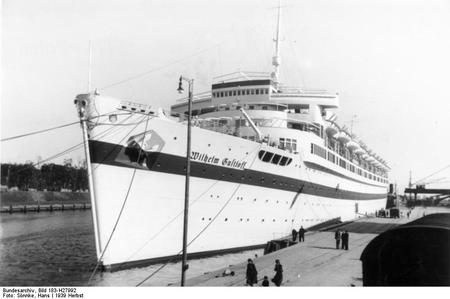 In January of 1945, this German ship was hit by three torpedoes in the Baltic Sea while participating in the evacuation of civilians, military personnel, and Nazi officials who were surrounded by the Red Army in East Prussia. After being hit in the starboard (right) side, the vessel sank in less than 45 minutes. An estimated 9,400 people were killed in the disaster, making it the largest known loss of life occurring during a single ship sinking in recorded maritime history.

This Philippine-registered passenger ferry sank after colliding with the MT Vector on December 20, 1987. With a possible death toll of 4,375 people, the collision resulted in the deadliest ferry disaster in history during peace time. While most of the passengers slept during the night of December 20th, the ferry collided with the Vector, which was carrying 8,800 barrels of gasoline. The impact caused a fire which quickly spread to the Doña Paz, as well as lighting the surrounding water on fire. The life jackets aboard the Doña Paz were reportedly locked up, forcing passengers to jump into flaming shark-infested waters in order to attempt escape. 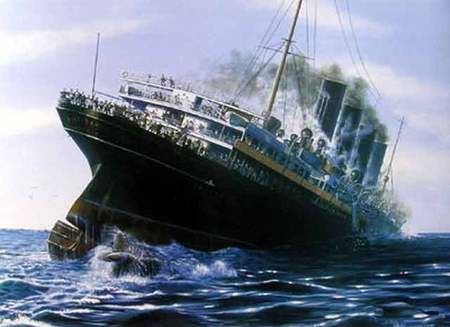 This British ocean liner traveled the route between Liverpool, England and New York City, including a port of call at Queenstown, (now Cobh) Ireland. During World War I, the ship was hit by a German torpedo on May 7, 1915, and then sank within just 18 minutes of being hit.

The disaster killed 1,198 of the 1,959 people aboard, leaving 761 survivors. The sinking turned public opinion in many countries against Germany, contributed to the American entry into World War I and became an iconic symbol in military recruiting campaigns of why the war was being fought.

4RMS Lancastria: Worst Loss of Life on a British Ship 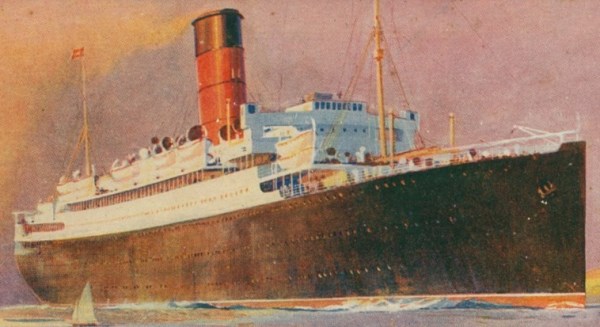 This British ocean liner was commandeered by the government during World War II. It was sunk on June 17th, 1940, resulting in the loss of over 4,000 lives, possibly many more. This is considered to be the worst loss of life in the sinking of a single British ship, and the bloodiest single engagement for UK forces (in terms of lives lost) in all of WW2. This disaster claimed more lives than the combined losses of the Titanic and Lusitania. 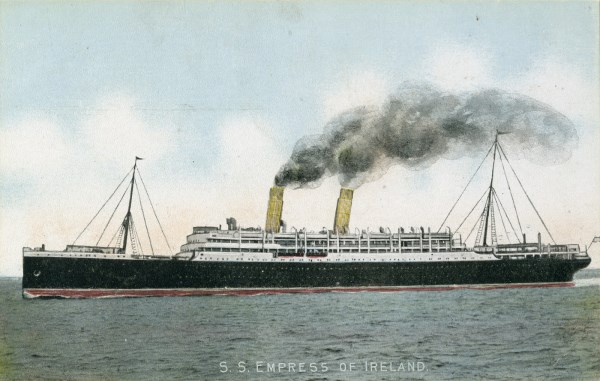 This Canadian ocean liner sank in the Saint Lawrence River following a collision with a Norwegian collier in the early hours of May 29, 1914. The accident claimed the lives of 1,012 people (840 passengers, 172 crew). During the early morning hours, the smaller collier collided with the starboard (right) side of the Empress due to heavy fog. Many people in the lower portion of the ship drowned instantly. The ship listed so quickly to the side that launching lifeboats became impossible, and only 465 survived. 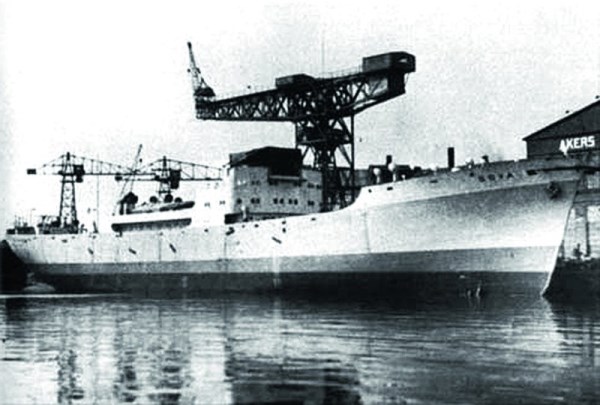 This German transport ship had 6,100 documented passengers on board (and possibly hundreds more undocumented) when it was struck on April 16, 1945, by a Soviet submarine in the Baltic Sea during World War II. Just seven minutes after being struck by the torpedo, the ship sank, killing almost all of the passengers and crew aboard, either inside the ship, or outside by drowning and hypothermia in the icy waters. This disaster is largely believed to be the second-worst in maritime history, based on the number of casualties. The ship was loaded with women and children (only two children were among the 183 passengers who survived). 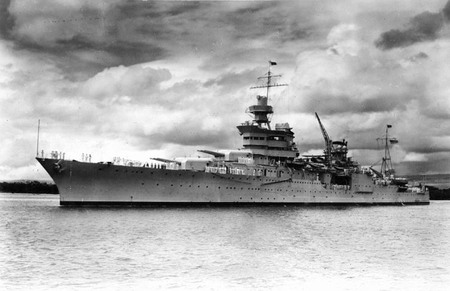 On July 30, 1945, shortly after delivering critical parts for the first atomic bomb to be used in combat, to the United States air base at Tinian, the ship was torpedoed by the Imperial Japanese Navy submarine I-58, sinking in 12 minutes. Of 1,196 crewmen aboard, approximately 300 went down with the ship.

The remaining 900 men faced exposure, dehydration and shark attacks as they waited for assistance while floating with few lifeboats and almost no food or water. The Navy learned of the sinking when survivors were spotted four days later by the crew of a PV-1 Ventura on routine patrol. Only 317 sailors survived. Indianapolis was the last major U.S. Navy ship sunk by enemy action in World War II. 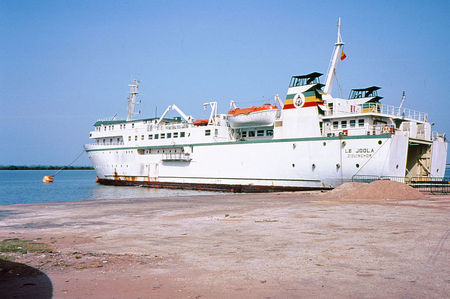 This Senegalese government-owned ferry capsized off the coast of The Gambia on September 26, 2002, resulting in the deaths of at least 1,863 people. The sinking of the ferry Le Joola is thought to be the second-worst non-military maritime disaster in number of lives lost, after the Doña Paz.

The ferry was reportedly loaded to overcapacity, so when it ran into a storm it quickly capsized within five minutes of hitting rough weather. Of the estimated 2,000 passengers, only around 64 survived including only one woman (Mariama Diouf, who was pregnant at the time), out of the more than 600 female passengers aboard. 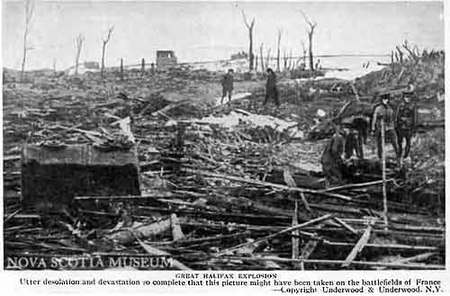 This French freighter exploded while carrying ammunition in Halifax Harbour on December 6, 1917, causing the Halifax Explosion, and killing 2000 people in and around the city of Halifax, Nova Scotia, Canada. The explosion was caused by a collision with the Norwegian ship SS Imo.

Entering Halifax Harbour on the morning of December 6, the SS Mont-Blanc struck the outbound SS Imo in the Halifax Narrows. A fire caused by the collision detonated her cargo twenty minutes later, causing a massive explosion that devastated the city and harbor. 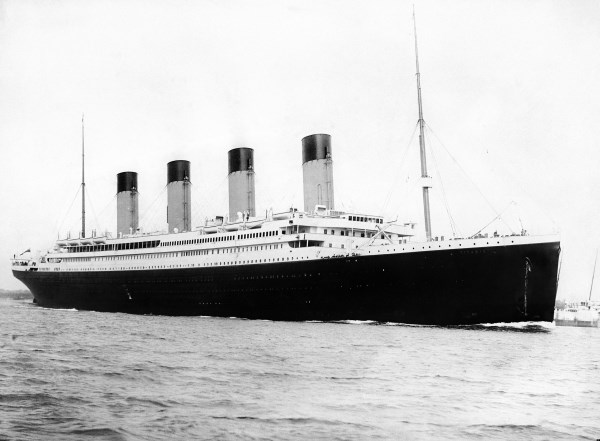 Perhaps the best-known maritime tragedy of all time, the RMS Titanic was a passenger liner that sank in the North Atlantic Ocean on April 15, 1912, after colliding with an iceberg during her maiden voyage from Southampton, UK to New York City, US. The sinking of Titanic caused the deaths of 1,514 people in the third deadliest non-military maritime disaster in history.

On April 14, 1912, four days into the crossing and about 375 miles south of Newfoundland, she hit an iceberg at 11:40 pm. The collision opened five of her sixteen watertight compartments to the sea. Over the next two and a half hours, the ship gradually filled with water and sank. Passengers and some crew members were evacuated in lifeboats, many of which were launched only partly filled. Just before 2:20 am, the Titanic broke up and sank bow-first with over a thousand people still on board. Those in the water died within minutes from hypothermia caused by immersion in the freezing ocean. The 710 survivors were taken aboard from the lifeboats by the RMS Carpathia a few hours later.