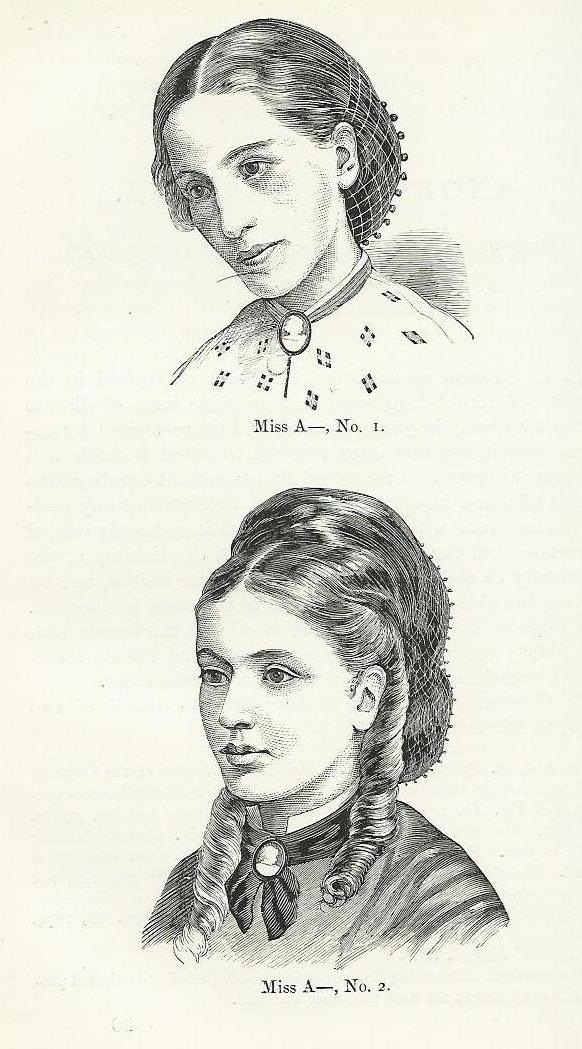 They're trained doctors whose parents are distinguished writers - yet for 20 years these identical twins have competed with each other in the most disturbing way imaginable. Even now, with preternaturally childish bodies and voices, the young women admit they struggle to make sense of what has happened to their lives.

To the utter despair of their parents — 58-year-old Christy and his wife Clare, 56 — the twins have spent most of their teenage and adult life in and out of various recovery clinics. Today, the twins will be hospitalised again for several months — only this time, they say, they are determined to beat the disease.

This was not the first case of twin anorexia to gain global attention; twin sisters Michaela and Samantha Kendall also fought anorexia for many years. Michaela died in 1994 from the direct effects of anorexia on her body, and Samantha fought to recover and was not at an extremely low weight when she died, but committed suicide in 1997.

2The male model who died from anorexia 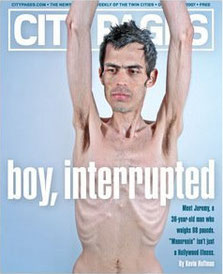 Jeremy Gillitzer was once a male model with stunning looks and a six-pack. But what most people don't know is that behind that great look, he battled anorexia and bulimia for most of his adult life. Through a regime of chronic starvation, self-induced vomiting and relentless exercise, he whittled his body down to practically nothing. When he died in 2010 at the age of 38, he weighed 66 pounds. 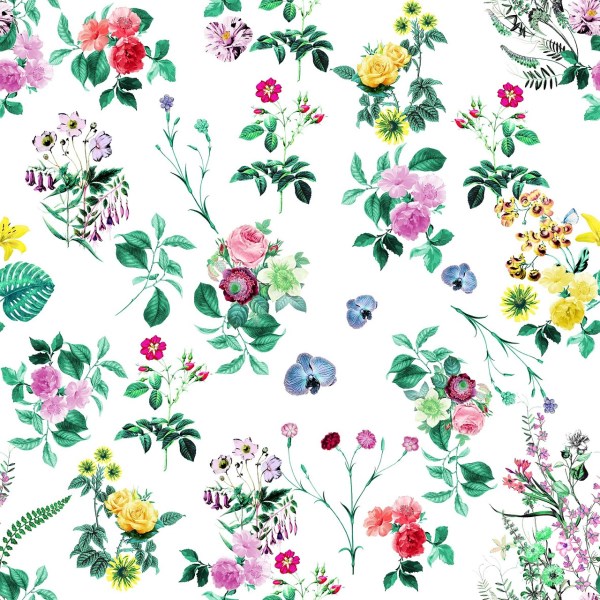 Standing side-by-side in matching outfits, you'd be forgiven for mistaking Rebecca and Maisy Jones as sisters. But, in fact, this is a picture of a 26-year-old woman and her seven-year-old daughter. After suffering from anorexia half her life, Rebecca's tiny frame fits easily into clothes designed for seven to eight year olds. Weighing just five stone, the young mother weighs less than her daughter, despite standing eight inches taller.

"Wearing the same clothes as Maisy gives me a sense of pride. It's wrong, but it makes me feel good. I don't think I'm thin - I always see myself as bigger."

The medical secretary survives on soup, toast and energy drinks – even though doctors have warned her the lack of nutrients could kill her. At the same time she encourages 5st 9lb Maisy to enjoy chocolate and cupcakes. 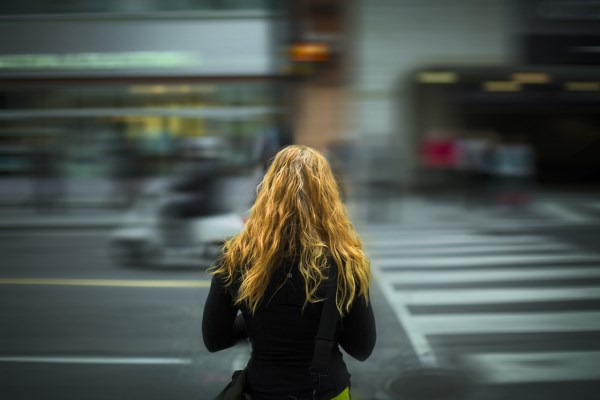 An anorexic woman who dropped to three-and-a-half stone after walking up to 12 hours a day has battled back to health. Lauren Bailey's healthy look masks a ten-year struggle to overcome the condition which nearly killed her after her weight dropped to that of an average five-year-old. The 26-year-old, who would obsessively pace the streets from 6am to 6pm, spent 18 months in hospital in a last-ditch bid to overcome her anorexia. 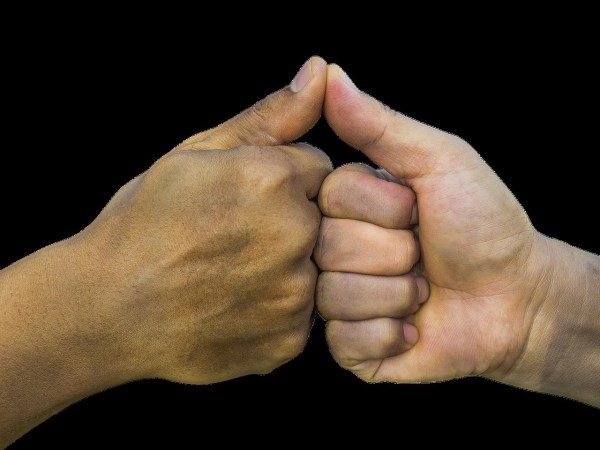 Dolly Jenkinson is the mother of an anorexic. She can't pinpoint exactly when her daughter Ruth, now 17, developed the eating disorder that almost killed her, but Dolly, 44, has been on the journey with her, and is ¬brutally honest about where it led. Few mothers of anorexics would have taken ‘playing the game' to the level Dolly did. After years of accompanying her daughter to conventional treatment sessions, GP visits, even signing the papers to hospitalise her, Dolly, a ¬manager for a construction firm from Northover, Essex, came up with her own idea of how to help Ruth beat anorexia.

So what was her solution? Incredibly, she went on a diet, joining Ruth in a calorie-controlled ‘pact' even she describes as illogical. Dolly admits not everyone shares her enthusiasm for the way she has handled the situation. She says the family therapist charged with helping them cope with Ruth's anorexia was horrified by her radical ‘solution'.

To date, Dolly has lost 3st and is a size 10; while Ruth has put on 2st - although she is still very thin and, arguably, has a long way to go. 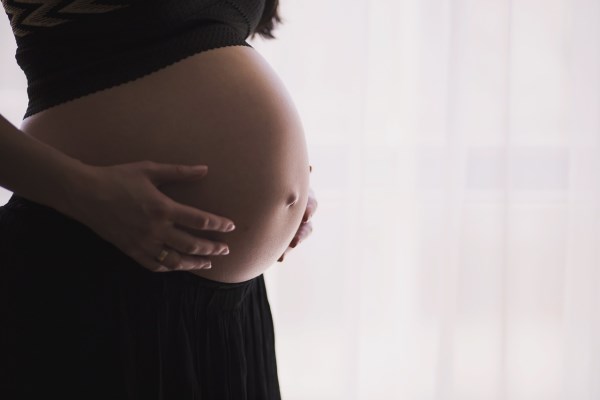 While most expectant mothers marvel at the site of their growing baby bumps, Maggie Baumann says she was "horrified." "As my stomach began to grow, I remember being in the shower and my bump was sticking out and I looked down at my body and I thought, 'I don't even want to be in this body,'" said Baumann.
Baumann, a 48-year-old mother of two, says she struggled with an eating disorder during her pregnancies, a condition sometimes referred to as "pregorexia." "I wasn't even thinking about the baby," said Baumann of her first daughter, Christine, who is now 23.

Baumann, who lives in Laguna Niguel, Calif., struggled with anorexia since her high school years, but that it worsened after she got married and began having children. "I feared my pregnancy," said Baumann, who gained a normal 33 pounds during her first pregnancy. "I refused to buy maternity clothes and our neighbors didn't even know I was pregnant until the ninth month. I hid it well."

Baumann says that it was during her second pregnancy when she gained a measly 3 pounds that she saw her anorexia worsen. She began over-exercising to try and quell her growing belly. An hour and a half of cardio -- running, biking and even volleyball -- was typical for her up until she gave birth. Even when Baumann almost miscarried Whitney at the beginning of her pregnancy, cutting out exercise and increasing her daily caloric intake was not an option.

Finally suffering from chest pain, Baumann went to the emergency room and after doctors told her that her organs were failing, checked into an in-patient treatment center in Arizona. Today, Baumann maintains a healthy weight and lifestyle and is proud that both her daughters live similarly healthy lives. 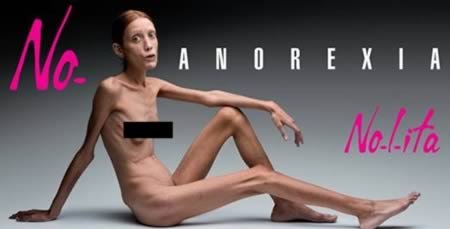 Many of you will remember Isabelle Caro, the brave model who bared all to show the true horror of anorexia. Isabelle lost her eating disorder battle on November 2010 at age 28 after being treated for an acute respiratory illness. Isabelle appeared in posters for an anti-anorexia campaign in 2007, but the ads were banned in several countries. It was not clear why it took so long for her death to be made public. The anti-anorexia campaign came amid a debate among fashion circles on the use of “ultra-skinny” models on the catwalk.

Caro herself suffered from severe anorexia nervosa since the age of 13. The model told CBS News in 2007 that she agreed to pose for the campaign because "I said if I can put my years of suffering to good use then it will not have been pointless. ... I know it's a shocking photo, and I want it to shock. It's really a warning that it is a serious illness."

The model, who was 5ft 4in tall (1.65m) at the time of the poster campaign, reportedly weighed 32kg (five stones). 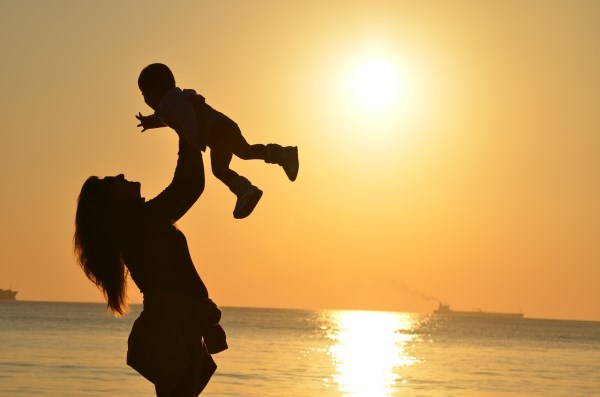 Her frame was so skeletal that doctors warned Hayley Wilde she was just over a week away from death. But three years on, after an eight-year battle against anorexia, she has bounced back in the most emphatic fashion by giving birth to a boy. Her son Michael was born weighing a healthy 7lb 14oz, something that would have been unthinkable when she was at her lowest ebb.

She had been fighting the condition since she was 11. Her 5ft 7in frame was down to 5st 1oz, and doctors warned she could have ten days left to live if she did not start to put weight on. She was hospitalized for months on end and fed through a tube. Her hair started to fall out and her periods stopped for four years. But expert medical help and the support of her parents saw her pull back from the brink, and finally she and her partner were thrilled to discover she was pregnant. 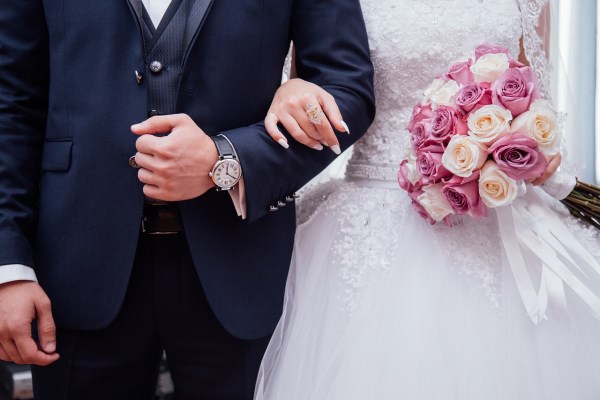 Anorexic bride-to-be Kate Puncher overcame her disorder after her fiancé bought her a wedding dress two sizes too big and told her to put on weight to fit it. The ex-model developed the condition after an ex-boyfriend threatened to break up with her if she put on weight, she claimed. She hit 25kg (4st) at one stage, surviving on nothing but mints and using laxatives.
She was told the damage done to her body meant she would never be able to have children. But when she became engaged to firefighter Barry, 30, he told her to start eating or there would be no wedding.

'The thought of putting on weight was terrifying but I was prepared to do anything to be Barry's wife,' the 31-year-old said.
She began eating three meals a day to put 20kg (3st) on her then 30kg (4st 9lb) frame and was even too big for her dress at the final fitting. The couple, from Glasgow, married in Cuba in 2009 and Mrs Puncher has since given birth to a daughter. 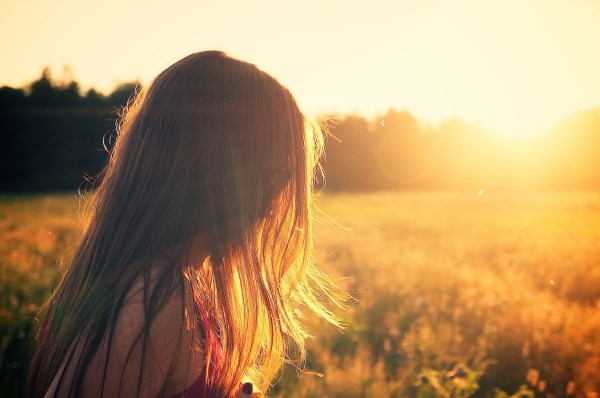 The fashion world reeled over the death of Eliana Ramos, Uruguayan model – just six months after her model sister, Luisel Ramos, 22, died shortly after stepping off a runway during a fashion show in Montevideo. The sisters were supposed to appear alongside each other on the catwalk the night Luisel died, but she collapsed before the show's finale. Miss Eliana, 18, was found dead in her home in Montevideo, the capital of Uruguay, on Tuesday. While no medical report was immediately released after Eliana's death, Judge Roberto Timbal says that she died of a heart attack.