1The little girl in coma who woke up singing Mamma Mia! 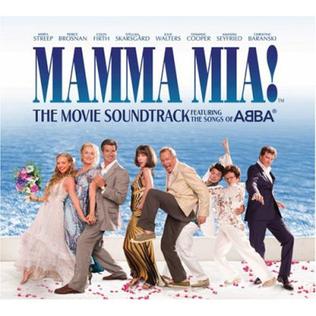 When young Layla Towsey fell into a coma after contracting meningitis, her family was told to give her a kiss goodbye. But it was far from the final curtain for the three-year-old, who awoke and began singing Abba's pop hit Mamma Mia!. The musical recovery came after she spent five days in coma, with mother Katy waiting only to see how disabled her daughter would be.

Layla was diagnosed with meningitis B and meningococcal septicaemia and spent the next five days unconscious in intensive care. But then Layla began singing the words to Mamma Mia!, having seen the film starring Meryl Streep. She was soon breathing by herself and only blood poisoning scars on her legs betrayed her ordeal.

2The 3-year-old girl who started smoking and drinking after waking up from a coma. 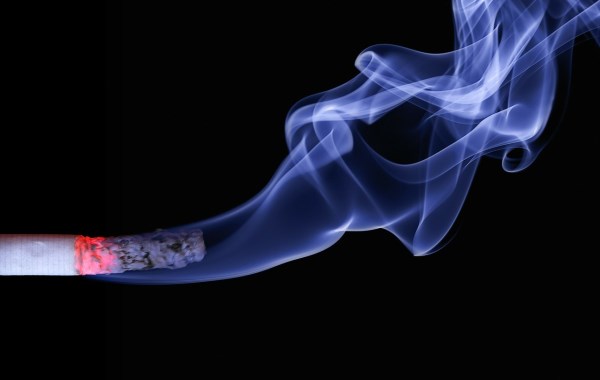 A three-year-old has mysteriously picked up an addiction to smoking cigarettes and downing beers after surviving a road crash. Ya Wen has been smoking up to a pack a day since an accident where she was hit by a speeding van. Her parents say that her personality has changed since leaving hospital, where she recovered from five days in a coma and severe injuries. Her mother Gao said she has started acting like an adult. She found her daughter hiding in a toilet and smoking her father's cigarettes. At first she just thieved those, but now gets them on credit from a local shop. Mrs Gao, who lives in a shelter, said her daughter has now been addicted to smoking for a year and has also changed her preference in clothes. She only likes boy's clothes.
Ya Wen's father has now stopped smoking and the family have moved to the other side of the city, but said she still cries for cigarettes whenever she sees them. 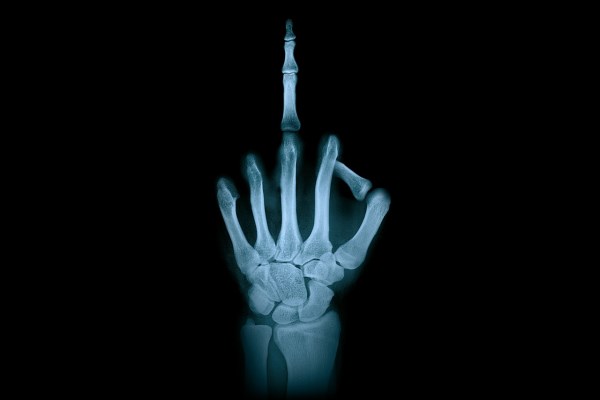 A mother waited 41 days for her injured son to come out of a coma - only for him to tell her to 'f*** off'. It was his way of telling her he was going to be OK.

Joanne Hopkins leaned forward to hear son Joey whisper his first words since cheating death in a car smash. But, instead of a touching exchange, the 22-year-old swore at her. Mrs Hopkins, 39, said she 'cried with relief'. 'He had been trying to speak but hadn't managed to get any words out,' she said.

Mr Hopkins suffered serious head injuries and a broken neck and back in the accident in Portsmouth in June. He faces two years of rehabilitation but his mother is optimistic he will make a good recovery. 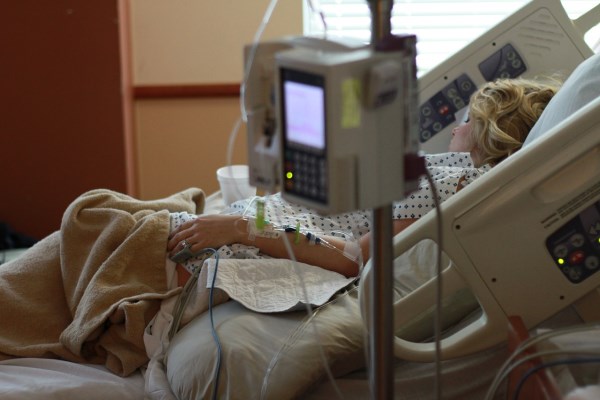 A newborn's pinkish face just after birth is the first memory of their child for many new moms. But Valerie Leah doesn't have this memory, because her son Oliver was born while she was in a coma. Valerie, a 35 years old expectant mom, was sick with the swine flu while she was 27 weeks pregnant and in a desperate attempt to save both mother and child, the doctors decided to put her in coma and perform a C-section. It wasn't until 3 weeks after she had actually given birth that she was able to finally hold her newborn.
The couple, who already has two sons, said the ordeal began when all members of the family were struck down with the H1N1 virus. Valerie was the last to catch the virus but her condition deteriorated fast and she was admitted to hospital with breathing difficulties. When she didn't respond to treatment doctors decided to sedate her completely, and put her on life support. Baby Oliver later arrived by C-section weighing 2lb 10oz and was immediately whisked away to the special care nursery. When Valerie opened her eyes a week later she couldn't understand her flat stomach. Then the confusion changed to bewilderment knowing that she had delivered a baby boy.

5The woman who forgot her life after being put into coma 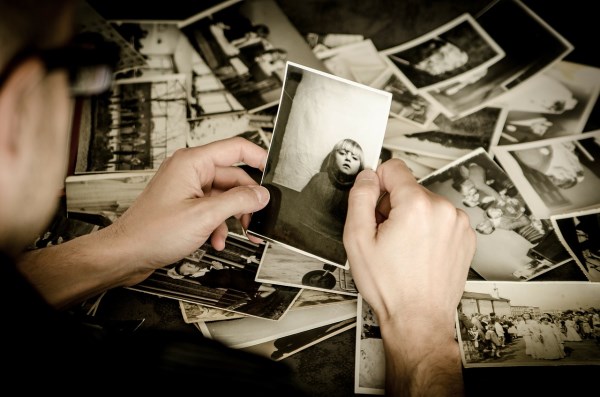 She was in a coma for weeks and suffered brain damage. But brave Liz Sykes survived and vowed to fight back. Her remarkable story began in 2008 as she was driving the familiar short route to work in Golcar from her home at the time in Linthwaite. Suddenly her life was turned upside down when she became totally disorientated. She did not know where she was or how to get to work. A week later the 23-year-old was struck down by a series of violent and prolonged seizures. Her partner Shelton rushed her to Huddersfield Royal Infirmary and she spent many days there while doctors tried to diagnose her illness. Doctors then took the drastic step of inducing Liz into a three-week coma to try and save her life.

She was eventually diagnosed with encephalitis, the illness causes inflammation of the brain and is caused by a virus, infection or mosquito bite. When Liz awoke from the coma, her memory had been totally wiped. She could no longer do the simplest of tasks – even walking and talking had to be relearned. She spent 11 months in special centres in Leeds and York alongside other victims of brain damage, including serving police officers and soldiers from Afghanistan. Liz still suffers from some short-term memory loss and lacks confidence in certain areas, but her recovery steps have won her a nomination for Most Determined Learner in the Kirklees Community Adult Learning Awards.

6The woman who falls into coma every time she says: 'I love you' 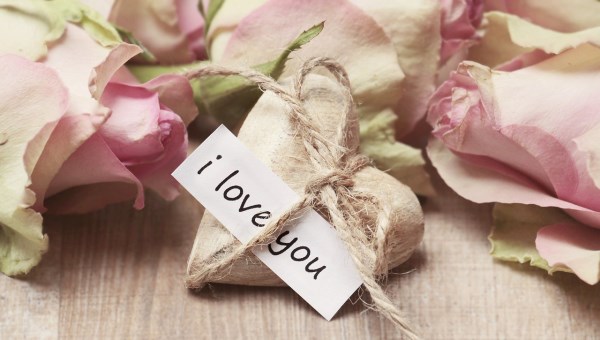 A devoted mother is battling a rare medical condition that puts her into a coma every time she tells her children: 'I love you.' Wendy Richmond, 53, slips into a 'waking sleep' that leaves her almost paralyzed every time she becomes emotional or wants to laugh or cry. But drugs to treat the condition are expensive and not funded by her local NHS trust, meaning she has to shut off her emotions to avoid collapsing.

Mrs Richmond, from Pitsmoor, Sheffield, has suffered from sleeprelated illnesses cataplexy and narcolepsy since her late teens but was diagnosed only in her 30s. Detailed figures on sufferers are rare because most cases go unrecognized or unreported. However, experts believe there could be up to 30,000 narcoleptics in Britain.

7The Croatian girl who awoke from coma speaking fluent German 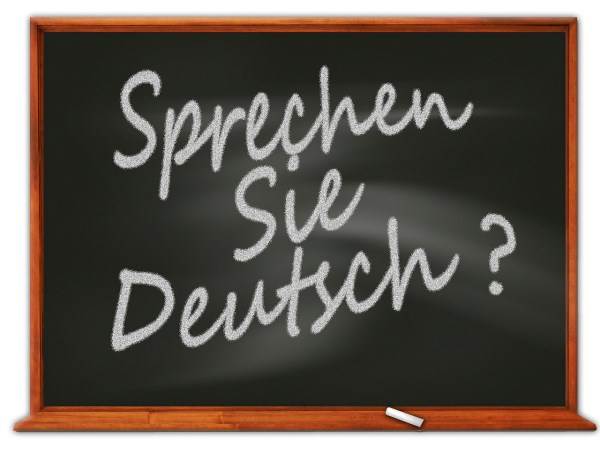 A teenager went into a coma and awoke speaking another language. The case of Sandra Ralic, 13, has doctors baffled. She spoke Croatian before, but since waking up from her 24 hour coma, she has been unable to speak Croatian, but is able to communicate perfectly in German.

Her parents say she had only just started studying German at her school in Knin, southern Croatia. Local hospital chief Dujomir Marasovic said: "We are still trying to find out what caused the coma and why she has apparently forgotten how to speak Croatian."

An 81-year-old granddad has been put under house arrest by his family after a bizarre accident turned him into a sex addict. Frail Angelo De Luca was in a coma for four days after he fell out of a plum tree at the family home in Biasca, Switzerland. But coming round from an operation his family was horrified to watch their devoted widower dad turn into a randy teenager again.

Sex mad Angelo blew £3,000 of his savings in one session at a local brothel after falling head over heels for a hooker young enough to be his granddaughter. His son Daniele has taken control of his dad's two houses and bank accounts after judges ruled that his sex addiction made him unfit to govern his own affairs.

9The crash victim who woke up 19 years later 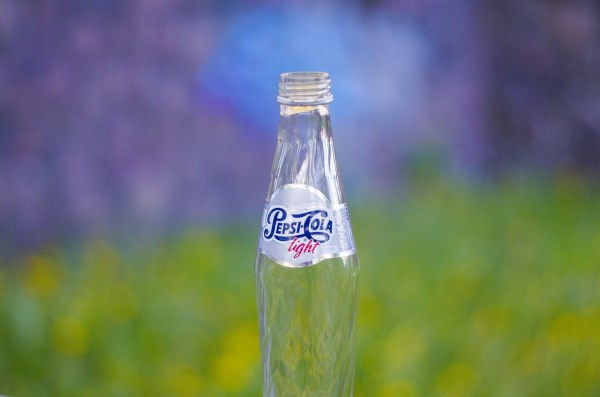 A man awoke from a coma after 19 years, turned to his mother who was at his bedside, and said: 'Mum.' Terry Wallis, 39, then uttered the word 'Pepsi', followed by 'milk'.

Mr Wallis was 19 and had just celebrated the birth of his daughter when, on Friday 13 July 1984, the truck he was travelling in slewed through a road barrier and plunged 25ft into a creek. It was 24 hours before the truck was found. He was left paralyzed from the neck down and in a coma. Despite doctors giving him little chance of regaining consciousness, Mr Wallis's parents and his wife Sandi put him in a rehabilitation centre. Every other weekend they drove him to their farm 26 miles away, where they talked to him in the belief that familiar surroundings might restore him back to consciousness. Four weeks ago, Mrs Wallis went to the centre for what she believed would be a typical visit. It was then when her son opened his eyes and spoke. Mr Wallis, from Arkansas, is talking freely and getting to know his daughter, Amber, who is now 19.

The brain damage he suffered in the accident has left him with poor short term memory, and, perhaps inevitably, he remains stuck in 1984. When asked by his mother who the president was, he replied: 'Ronald Reagan.'

10The man who chose to be in coma 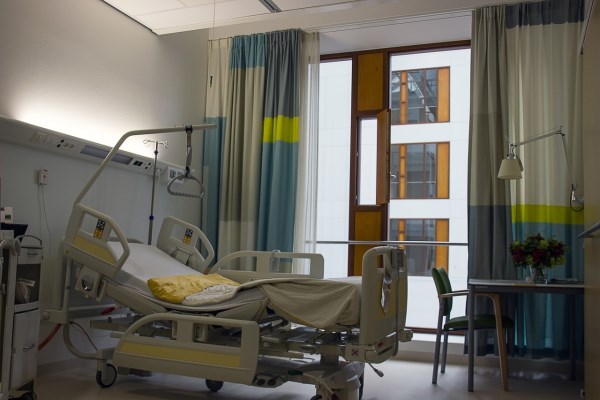 After years of excruciating pain that drove him to thoughts of suicide, John Roach decided to gamble on a controversial new treatment—a ketamine-induced coma.

Suffering from a debilitating neuromuscular disorder called reflex sympathetic dystrophy (RSD), John, 50, is one of about 100 chronic-pain patients resorting to a radical new treatment in search of relief—a medically induced coma using ketamine, a surgical anaesthetic and hallucinogen sold illegally as "Special K." Advocates say ketamine comas can be a godsend for some. Dr. Robert J. Schwartzman, neurology chairman at Philadelphia's Drexel University College of Medicine, sent more than 60 patients to Germany and Mexico, since coma therapy isn't FDA-approved. Some 200,000 people suffer from RSD, in which ordinary pain escalates to crippling levels.

John, a jovial retired phone-company worker, had tried surgery, physical therapy and heavy doses of pain medication, including OxyContin, codeine and fentanyl. When nothing worked, he thought of ending it all. Back home now, John is amazed that he's been virtually pain-free. Getting regular ketamine booster injections (at non-coma levels) from his physicians, Schwartzman and Dr. Anthony Kirkpatrick, he has removed a protective compression sleeve he wore for years and can once again wear his watch and wedding ring. Best of all, he can walk hand in hand with Rosemary and scoop up his granddaughters for hugs.