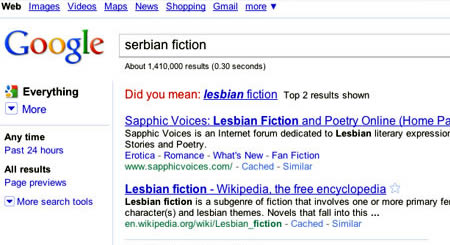 No Google, I didn't even remotely mean that! But now that you mention it... 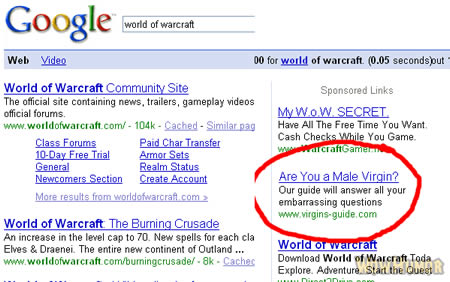 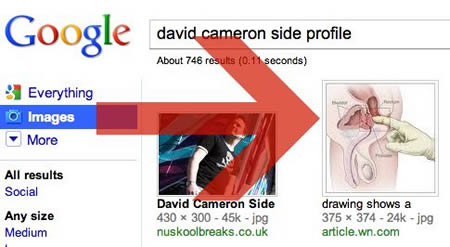 David Cameron is UK's Prime Minister in case you didn't know, and that picture seems to be his side profile, according to Google Images. 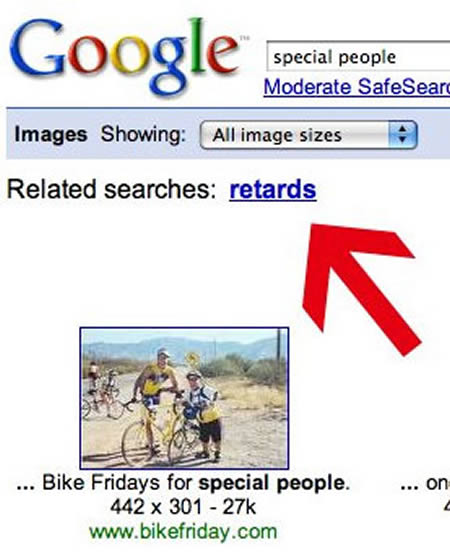 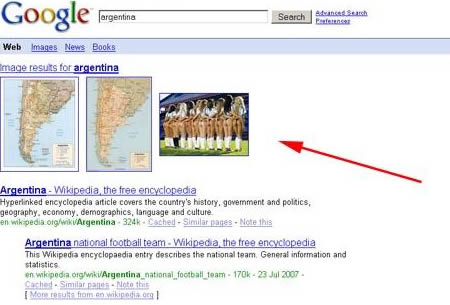 Google just KNOWS what we're actually looking for when we think of Argentina.

Google has it with France!
According to our readers, the "french military victories" googlebomb is actually a fake google page made by the website albinoblacksheep. 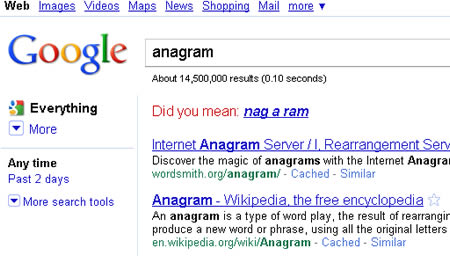 So Google does have a sense of humor after all! "Nag a ram" is indeed an anagram of the word "anagram".

So Sigur Rós in Islandic is actually Foo Fighters. Interesting, thanks Google! 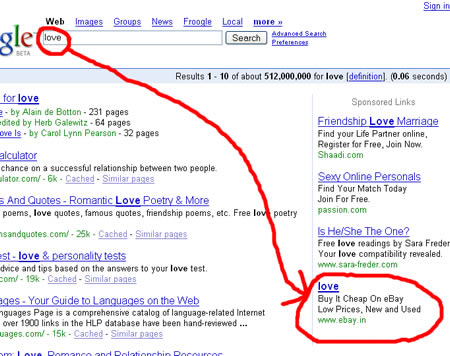 Is there anything you won't find on Ebay anyway?

This Google Bomb was actually up for quite some time.

You see? Google's got it right! Just kidding, honey...