The tallest and fastest roller coaster in the world. Frequently heard phrases from the millions of people who have been on these terrible rides include: "Ohhhh noooo", "S&%t!" and the classic "We're gonna die!". Watching the videos is a must. 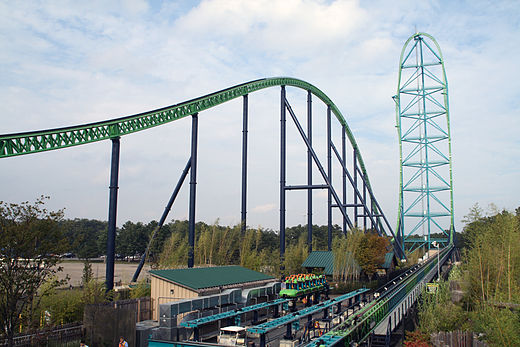 Arms down, head back and hold on. With only 28 seconds, the Kingda Ka may not be very long, but it's bound to leave you wide eyed and twitching. Located at Six Flags Great Adventure in New Jersey, USA, it's the tallest and fastest roller coaster in the world. The train is launched by a hydraulic launch mechanism to 128 miles per hour (206 km/h) in 3.5 seconds. At the end of the launch track, the train climbs the main top hat tower, reaching a height of 456 feet (139 meters)! At a cost of US$25 million, the Kingda Ka opened to the public on May 21, 2005, was closed several times for different technical problems and was also struck by lightning in early May 2009. 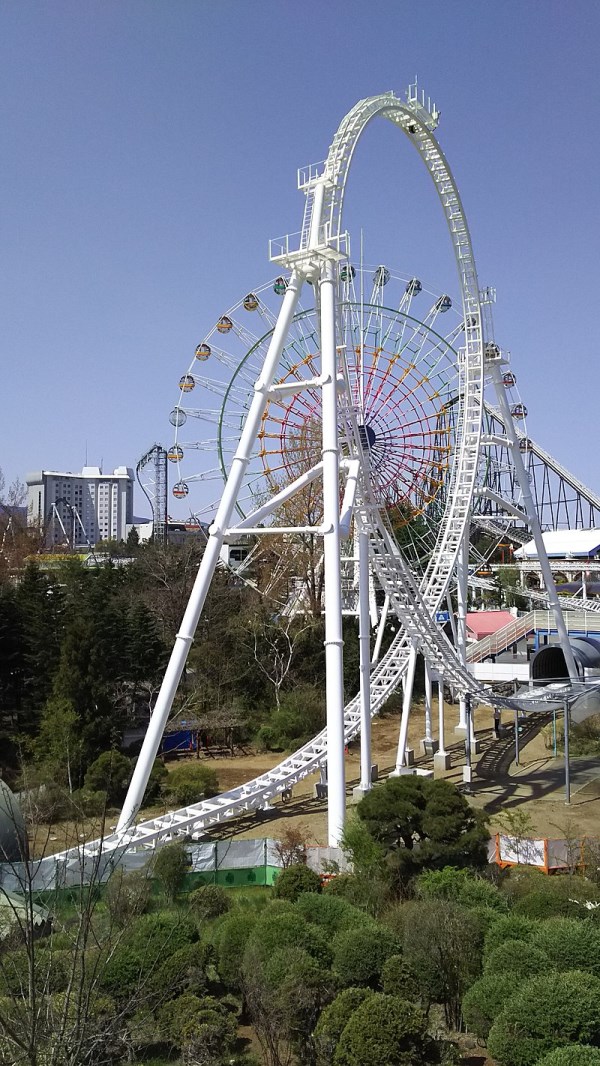 Dodonpa messes with your mind from the moment it starts, as passengers are forced to wait anxiously in a darkened tunnel before the countdown to an insanely fast acceleration out of the tunnel, screaming down the track and then getting fired up and over two humps which have 90 degree drops on each side. When the Dodonpa was opened in 2001, it was the fastest roller coaster in the world. As of 2010, it is not the fastest but still has the highest launch acceleration at 2.7 g. It is 52 meters (170 feet) tall, and has a launch speed of 172 km/h (107 mph), which is reached in less than 2 seconds. Located at Fuji-Q Highland, Fujiyoshida, Yamanashi, Japan, its hill goes straight up, down a hairpin curve, and then goes straight down. 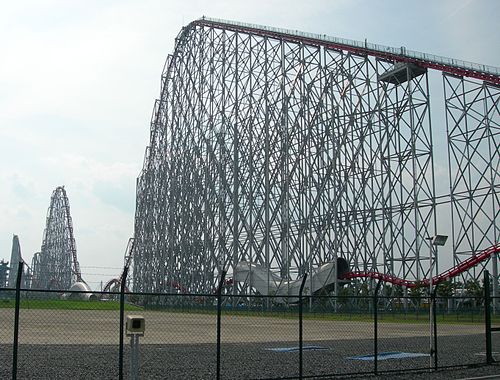 Built by Morgan Manufacturing, this gigacoaster at Nagashima Spa Land Amusement Park in Mie Prefecture, Japan, opened in 2000 — "The Year of the Dragon" in Asia. It debuted only months after Millennium Force and surpassed the Cedar Point coaster as the world's tallest complete-circuit coaster. You might be used to getting on a roller coaster and stepping off much sooner than you hoped - scream, scream and it's all over. Not on this ride - the Steel Dragon is quite the endurance coaster. It's so long that you might actually deplete your ability to scream by the end of the record breaking 8,133ft long track, the one record it still holds. 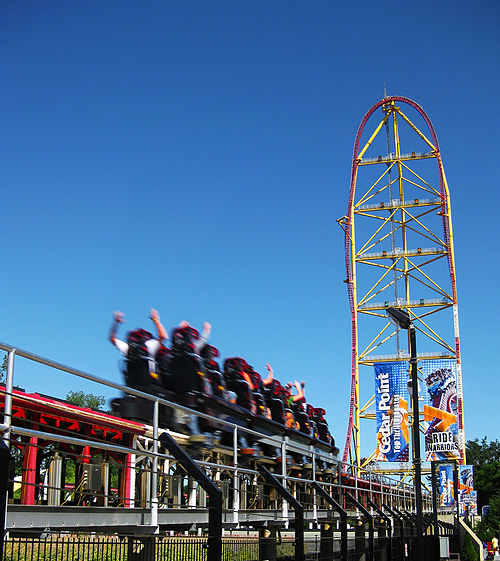 Kingda Ka's arch rival, the Top Thrill Dragster was the first "Strata Coaster", loosely defined as a complete circuit coaster that is over 400 feet tall. Located at Cedar Point Amusement Park in Sandusky, Ohio, USA, it reaches speeds of up to 120 miles per hour (190 km/h) and when it first debuted in 2003, it set three new records: tallest, fastest and steepest drop on a roller coaster; all of them later claimed by the Kingda Ka. 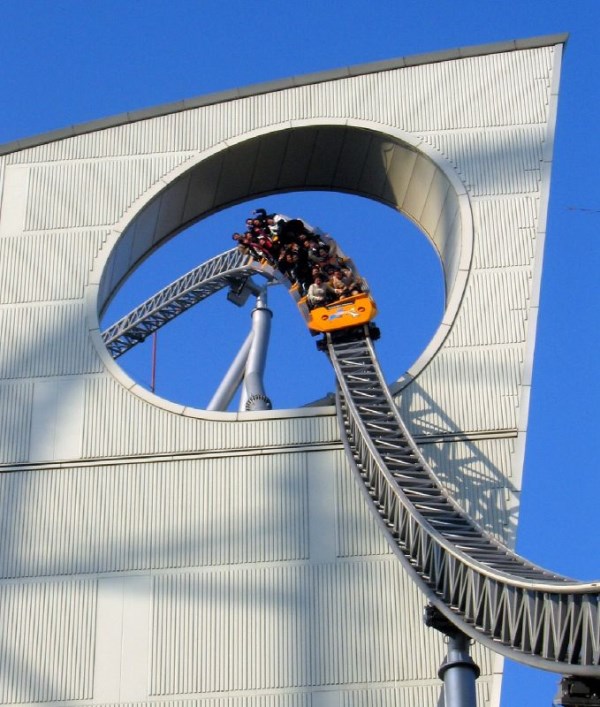 Known for its unique design around buildings in central Tokyo's Dome City Attractions amusement park, the Thunder Dolphin starts off with a dizzying 218 foot lunge at a steep 80 degree angle. You then race around the track at speeds in excess of 80 mph making this impressive 3,500-foot long, 26-story tall a mental joyride. The ride passes through both a hole in the LaQua building, as well as through the Big-O, the world's first hubless Ferris wheel. Thunder Dolphin's maximum speed is 130 km per hour, or 80 miles per hour.

6Tower of Terror: the fastest and tallest flat ride in the world 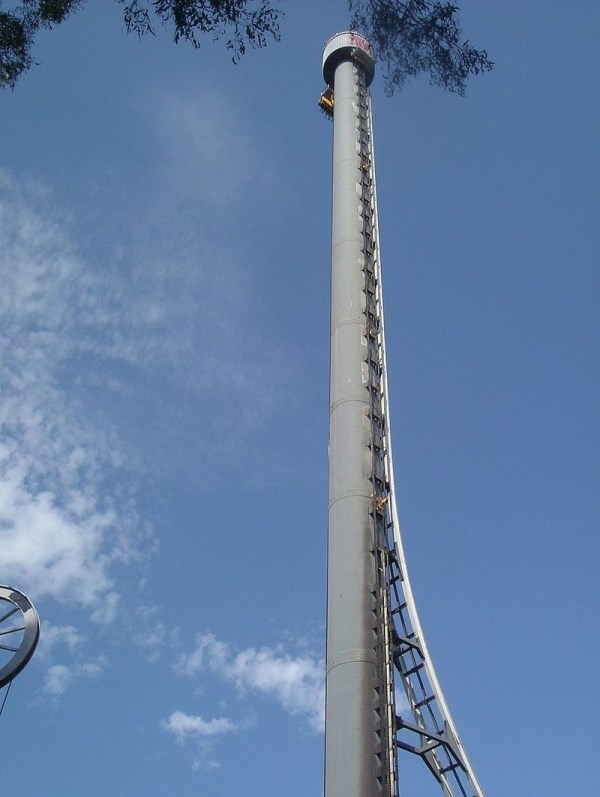 Located at Dreamworld in the Gold Coast, Australia, it is currently the fourth fastest roller coaster in the world, but it has been reported to be the fastest and tallest roller coaster on a tower. The six ton passenger vehicle, called the 'Escape Pod', is electro-magnetically powered and rapidly accelerates its passengers to 160.9 km/h (100 mph) in seven seconds. The track then pitches up 90 degrees to the vertical, with the passengers pulling 4.5Gs. Riders are weightless during the entire vertical section of the ride for about 6.5 sec, 3.25 seconds going up and 3.25 seconds falling back down. The car then pitches back down to horizontal and hurtles back into the station where it comes to a rapid stop. There has been some controversy over whether Tower of Terror is a roller coaster, since the car goes up a tower only to fall back down again. Because of this, the ride is found on many lists of the tallest and fastest roller coasters.

7Millennium Force: most G-force at one time (4.5 times Earths gravity) and the longest track in the US 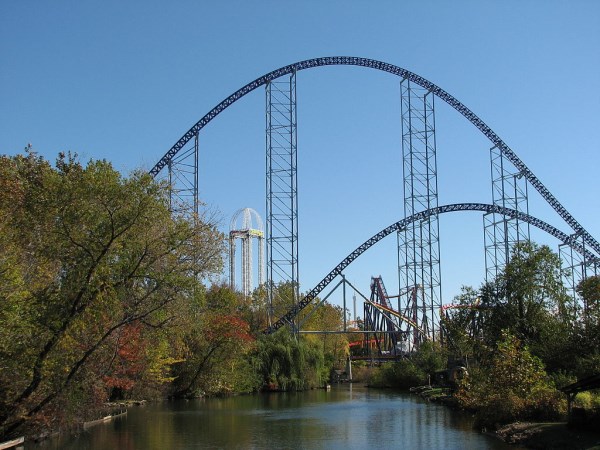 Also located at the Cedar Point Amusement Park in Sandusky, Ohio, USA, the Millennium Force was the first roller coaster to exceed 300 feet in height back in the year 2000, and was briefly the tallest closed circuit roller coaster in the world, before being surpassed by the roller coasters already mentioned. At the tallest section you'll endure a stomach-churning 300ft drop; passengers rush and plunge along the track through two separate dark tunnels and two crazy 122 degree overbanked turns that produce a gut-wrenching G force. It is still the longest steel roller coaster in the United States with 6,595ft of steel track and goes up to 93 mph (150 km/h), lasting 2 minutes and 20 seconds, and being capable of handling up to 1,600 riders per hour.