1During one day you will experience 16 sunrises 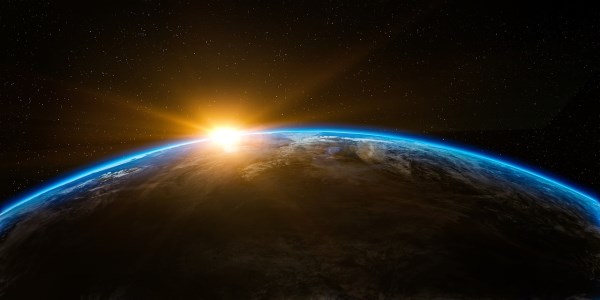 The sun rises and sets every 90 minutes in low Earth orbit, making it really hard to sleep well due to the absence of normal day/night cycles. To counteract this, ISS administrators set astronauts' schedules on a 24-hour, Earth-based timetable to keep their activity as grounded as possible. The clocks onboard the ISS are set to Greenwich Mean Time (GMT), about halfway between Houston, Tex., and Moscow. To keep astronauts on that schedule, Mission Control sends wake-up calls to shuttle missions. They typically play music, which is either requested by an astronaut or an astronaut's family member. Astronauts on the ISS, on the other hand, wake up with the help of an alarm.

2You will grow taller 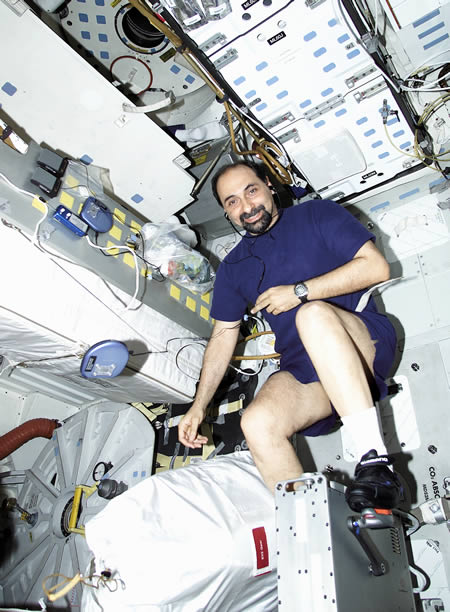 Without the compressive force of gravity, your spinal column expands and you grow taller, usually by between 5 and 8 cm. Unfortunately, the extra height can bring complications, which may include backache and nerve problems.

3You may stop snoring 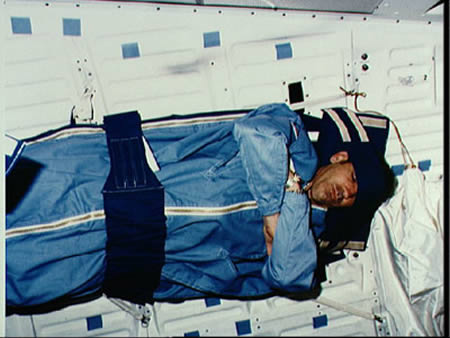 A 2001 study showed that astronauts who snored on Earth snoozed silently in space. That's because gravity plays a dominant role in the generation of apneas, hypopneas, and snoring. It's possible for astronauts to snore in space, and NASA has even recorded crewmembers doing so, but the effects of zero gravity appear to reduce snoring. 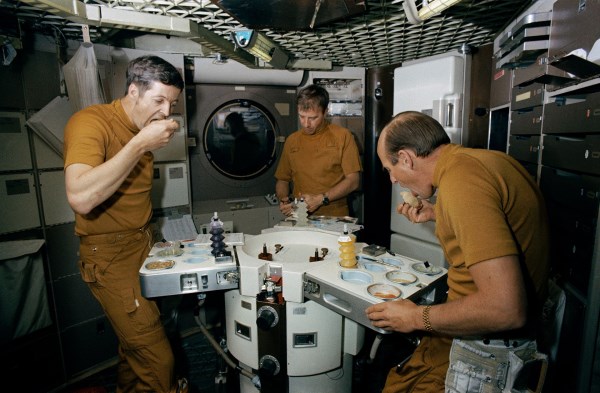 In space, salt and pepper are available but only in a liquid form. This is because astronauts can't sprinkle salt and pepper on their food in space. The salt and pepper would simply float away. There is a danger they could clog air vents, contaminate equipment or get stuck in an astronaut's eyes, mouth or nose.

5The longest time a person stayed in space is 438 days 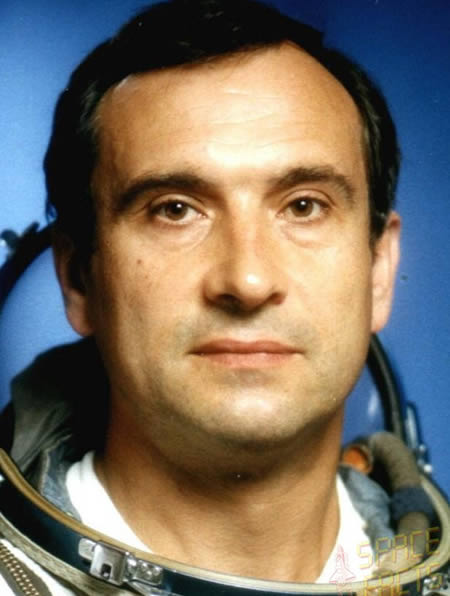 The record for a long-duration mission is held by Russian cosmonaut Valeri Polyakov, who completed a 438-day (or 14 month) tour of duty aboard the Mir space station in 1995.

6Only three men have ever died in space 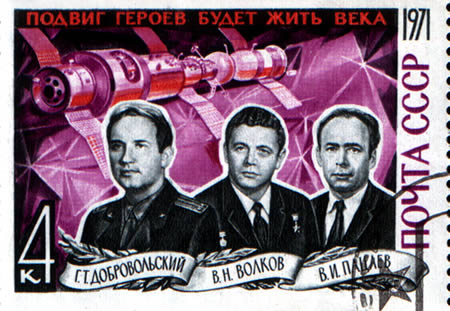 Of the 439 astronauts that entered space up to the end of November 2004, 11 have died in training incidents and 18 have died in in-flight accidents. Of those 18, only the crew of Soyuz 11 in 1971 actually died in space. The USA sets the space-boundary at 50 miles high while the FAI defines space as starting at a height of 100 km. Challenger's last flight in 1986 never reached this height. Columbia broke apart on re-entry.

The crew of Soyuz 11, Georgi Dobrovolski, Viktor Patsayev and Vladislav Volkov, were killed after undocking from space station Salyut 1 after a three-week stay. A valve on their spacecraft had accidentally opened when the service module separated, which was only discovered when the module was opened by the recovery team. Technically the only fatalities in space (above 100 km). 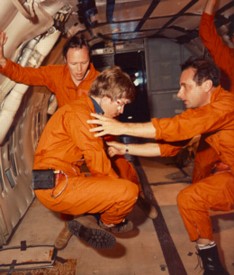 In the absence of gravity, signals from the vestibulary system and the pressure receptors are wildly misleading. The effect usually leads to immediate disorientation: many astronauts suddenly feel themselves upside-down, for example, or even have difficulty in sensing the location of their own arms and legs. This disorientation is the main cause of so-called Space Adaptation Syndrome, which one astronaut wryly described as "a fancy term for throwing up". Half or more of all space travelers suffer from space sickness, which brings with it headaches and poor concentration as well as nausea and vomiting. Usually, though, the problems disappear within a few days as astronauts adapt.

8The hardest thing to readjust when you come back from space, is when you let go of objects, they fall. 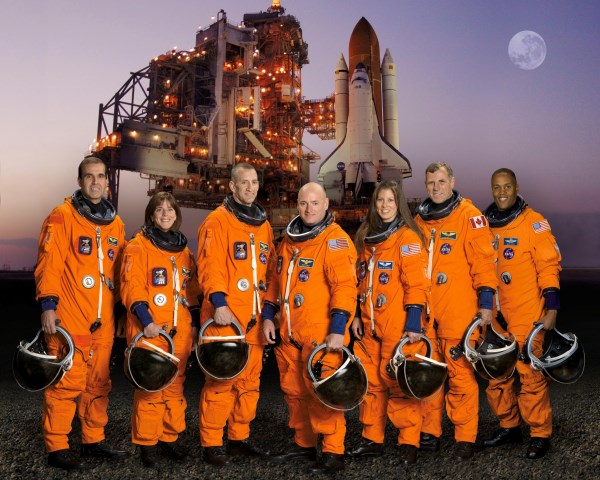 When they return to Earth, astronauts have to re-adapt just as painfully as when they first got into space. There is one re-adaptation that can take somewhat longer to accomplish, although the consequences are more likely to be amusing than crippling. Several long-duration Russian cosmonauts have reported that months after their flight, they still occasionally let go of a cup or some other object in mid-air - and are quite disconcerted when it crashes to the floor. 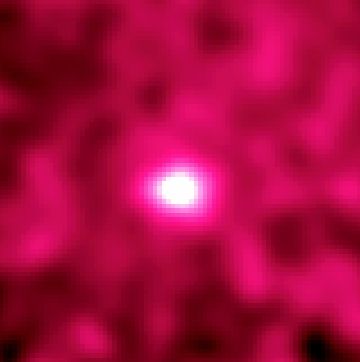 Gazing out of their space capsules, Apollo astronauts witnessed sights that humans had never seen before. They saw the breathtaking view of the Earth's bright blue disc against the inky black of space. They saw the far side of the Moon. They also saw strange flashes of light inside their eyeballs! Since then, astronauts aboard Skylab, the Shuttle, Mir, and the International Space Station have all reported seeing these flashes. What the astronauts were experiencing is space radiation zipping through their eyes like subatomic bullets. When a "bullet" strikes the retina, it triggers a false signal that the brain interprets as a flash of light. Needless to say, this is not good for your eyes. At least 39 former astronauts have suffered some form of cataracts after flying in.

10While in space, you may have to take sponge baths to hygiene yourself 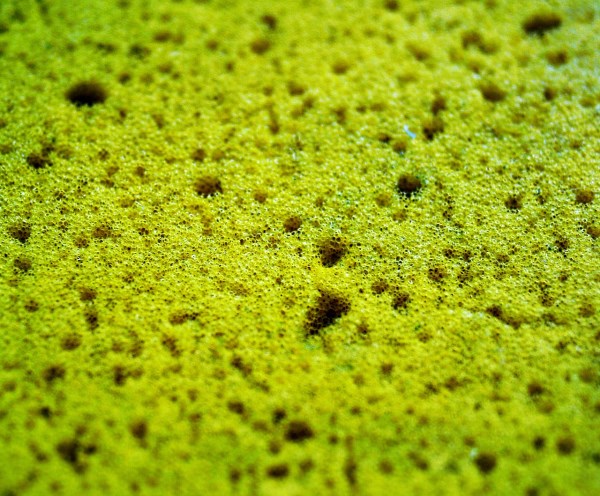 While stations such as Skylab and Mir have been equipped with a shower, most astronauts take sponge baths using washcloths or moistened towelettes. This reduces the amount of water consumed. Each astronaut will also have a personal hygiene kit with a toothbrush, toothpaste, shampoo, razor and other basic toiletries.