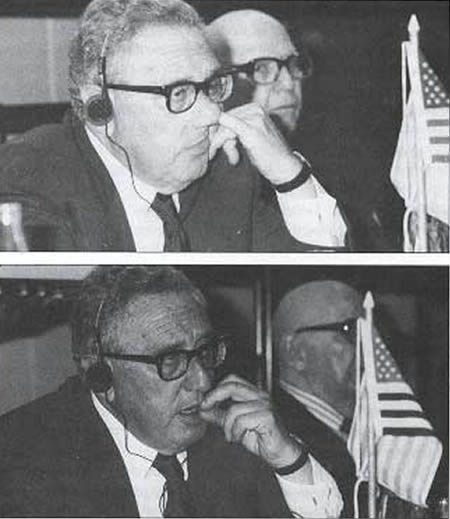 These photographs of Kissinger [taken by Adriana Lorete], seen pondering affairs at a trade conference in Brazil, originally appeared on the front page of Jornal do Brasil, a major Rio de Janeiro daily, on November 13, 1992. A few years later, Kissinger's lawyer sent Jornal do Brasil a letter saying the former secretary of state would file a lawsuit for damages if the newspaper did not immediately cease and desist from selling the photos. 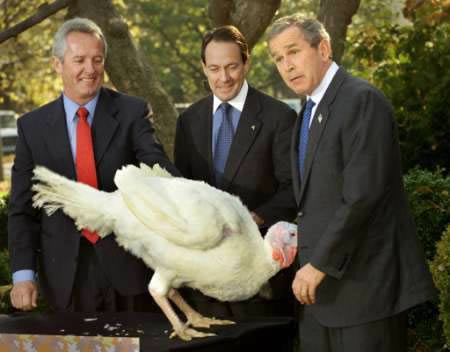 That's why we all love Thanksgiving... 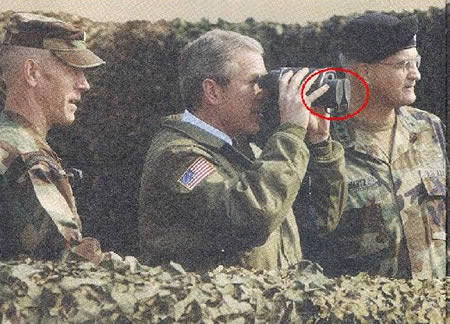 No comments... (some readers say this photo is fake, but it's never been proved). 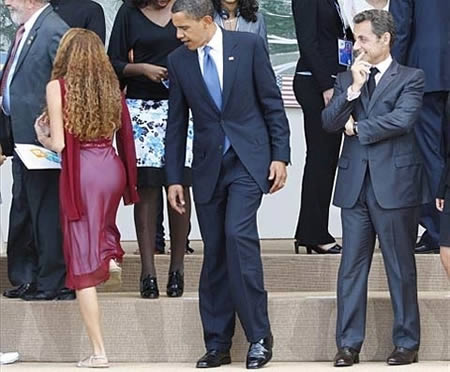 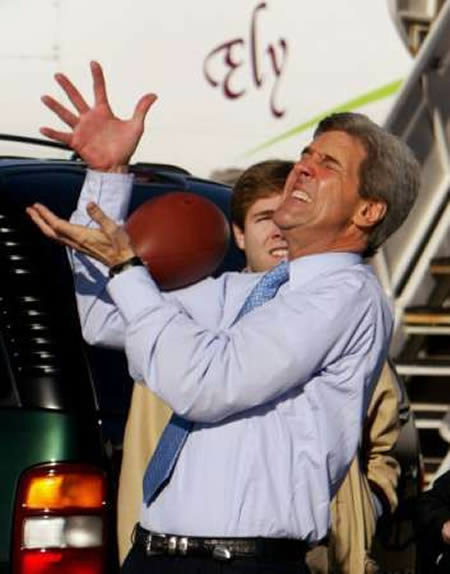 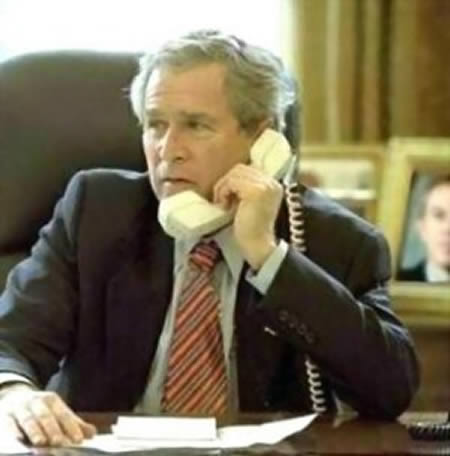 As much as we would like it to be true, some readers pointed out to us that this photo is fake. 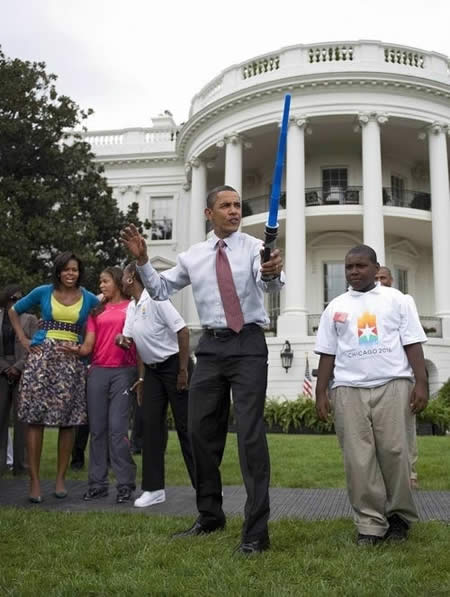 Return of the Jedi. 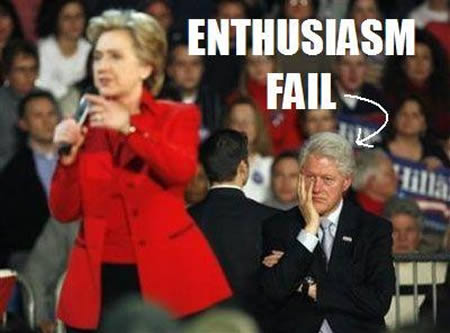 Bill Clinton is not the most enthusiastic husband. 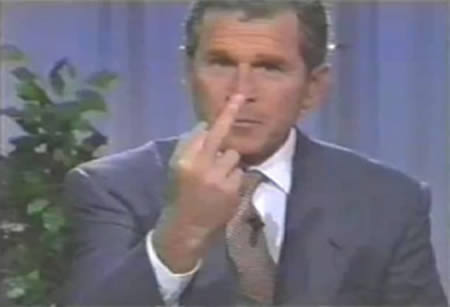 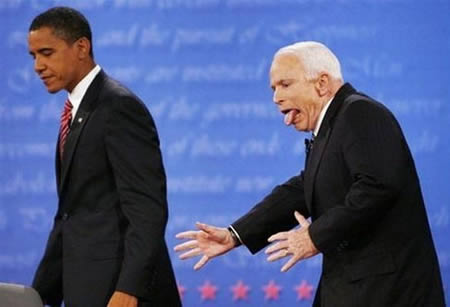 Watch your back, Obama. 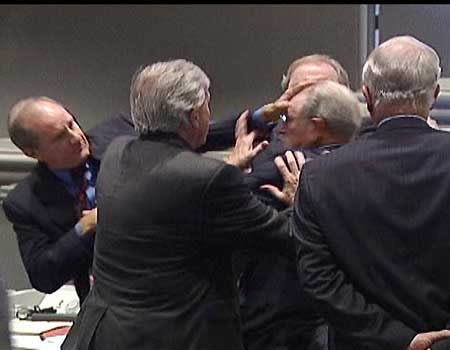 Republican Sen. Charles Bishop of Jasper punched Democratic Sen. Lowell Barron of Fyffe in the head before the two were pulled apart. The 69-year-old Bishop said he punched Barron, 65, in the head after the senator called him a "son of a bitch." Totally justified. 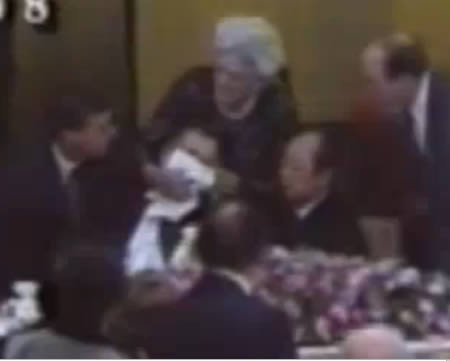 In 1992 on a visit to Japan President Bush vomits on Japanese Prime Minister Miyazawa Kiichi. No more sushi for Bush! 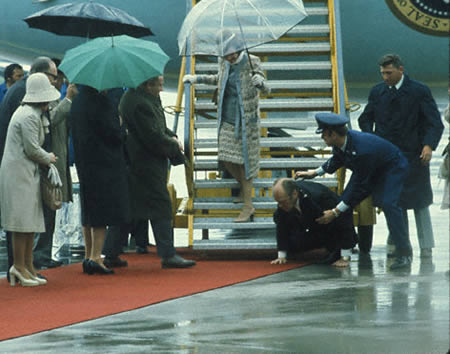 President Ford slips and falls as he leaves Air Force One. 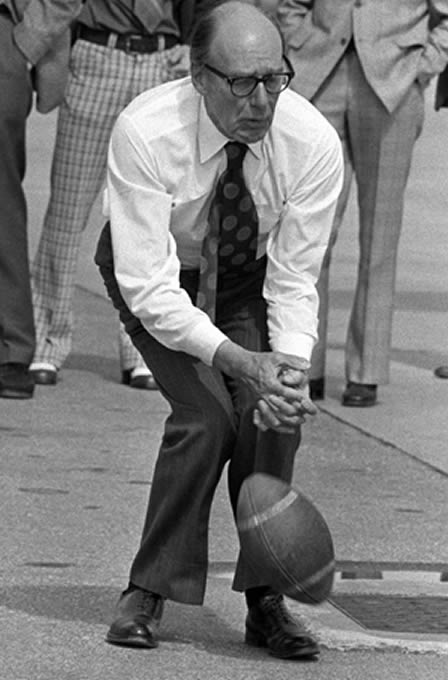 Not a very good player either (Robert Stanfield, leader of the Progressive Conservative Party (PCP) in Canada) 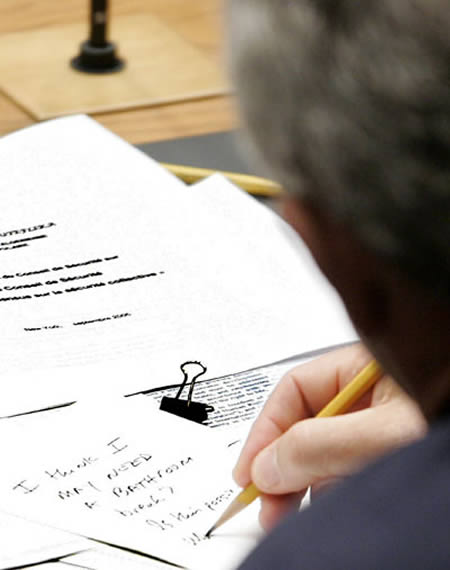 "I think I may need a bathroom break." George Bush writes a note asking for a toilet break to Condoleezza Rice during a Security Council meeting.