The Red Menace: fascinating vintage ads from the times of Communism and the Cold War. 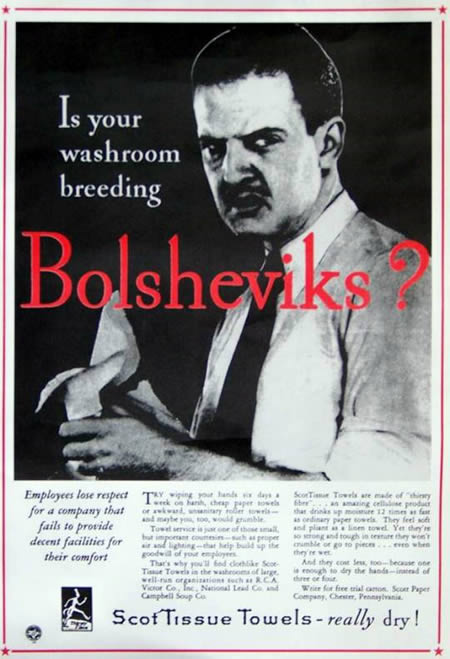 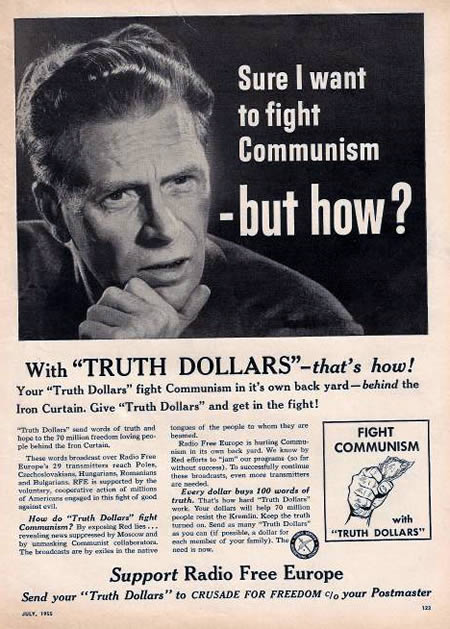 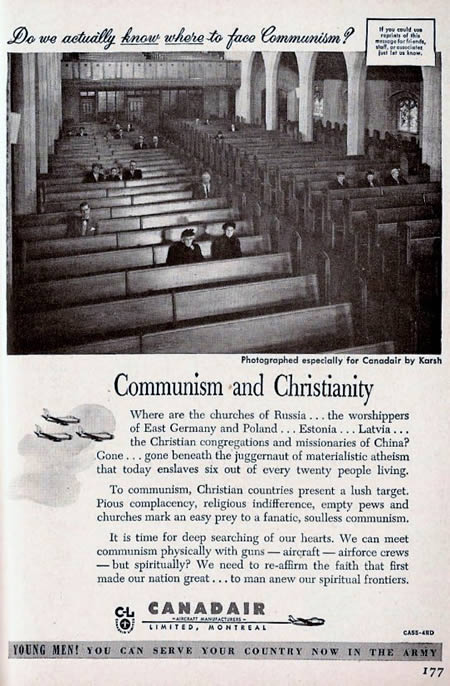 "Communism and Christianity", a 1955 ad from Canadair. 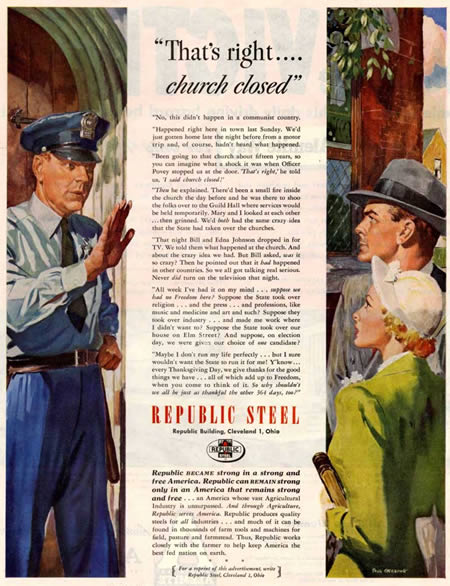 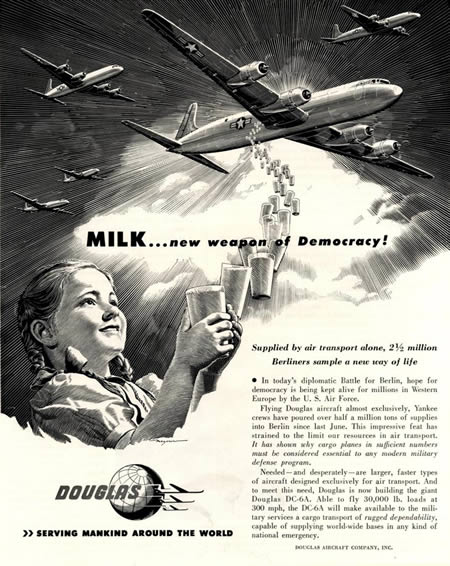 A 1949 ad for Douglas Aircraft Company. 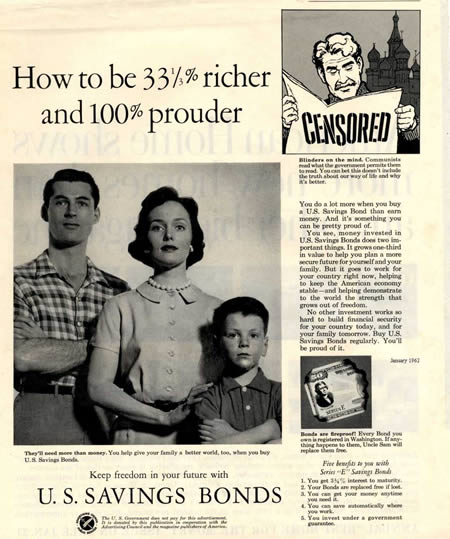 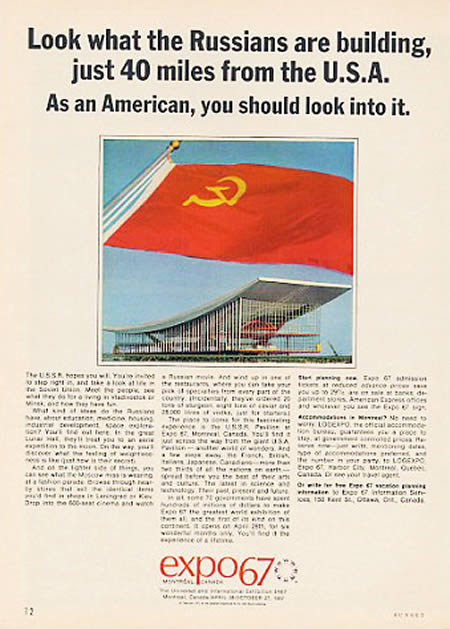 This is one of the great print ads from Expo 1967 marketing blitz. Printed in American magazines, it played off the major theme of the cold war, USA vs Russia, taunting the American audience to get to the Expo and check in on the Russian building project. A little dark but extremely witty and smart. 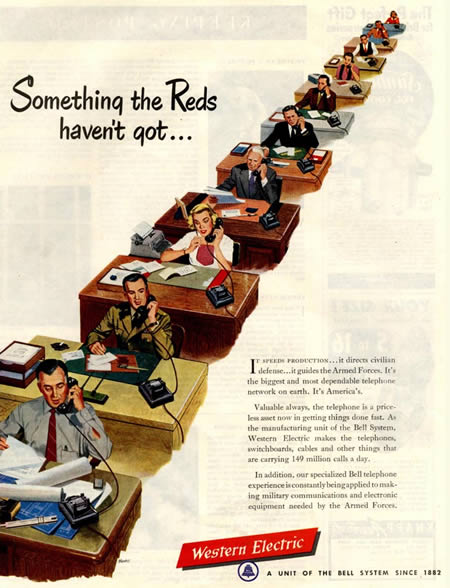 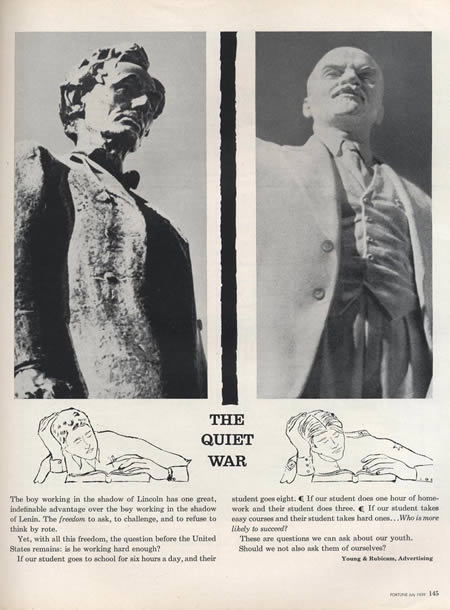 Compare two boys working under the shadow of a) Lincoln and b) Lenin, says this Young & Rubicam 1959 ad. 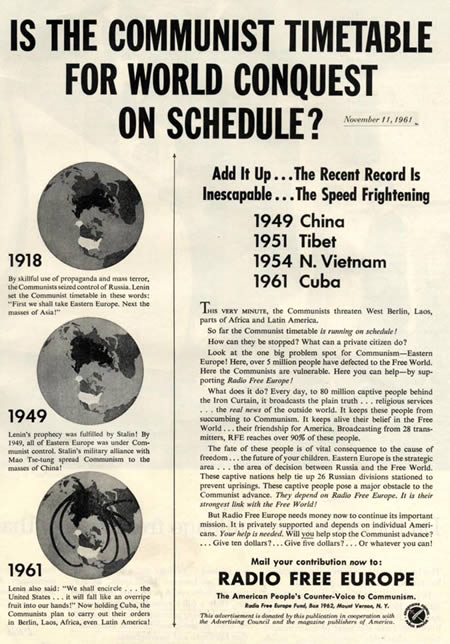 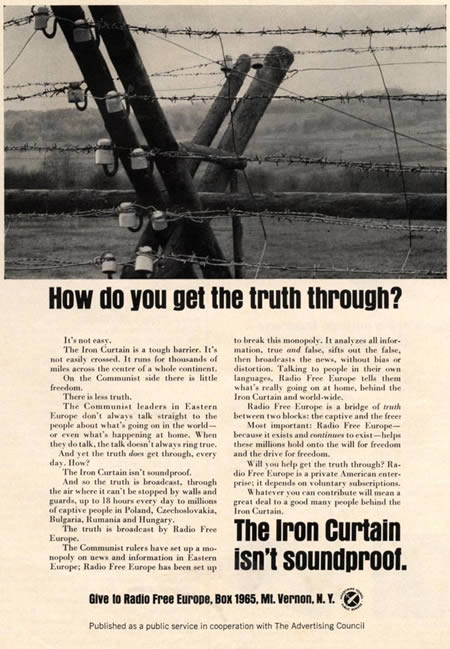 Another Radio Free Europe ad from the sixties. 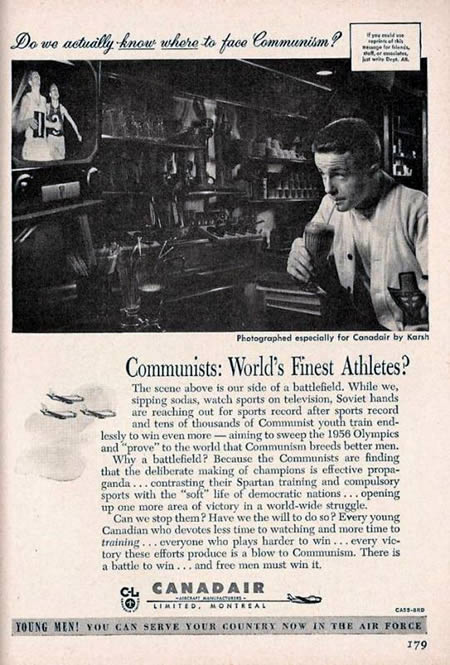 This 1956 advert from Canada exhorts the young men of that nation to get off their behinds and go train to become better athletes than their communist counterparts. The fact that sporting excellence is good propaganda for any nation failed to encourage the Canadian government to sponsor its athletes as communist countries had done. 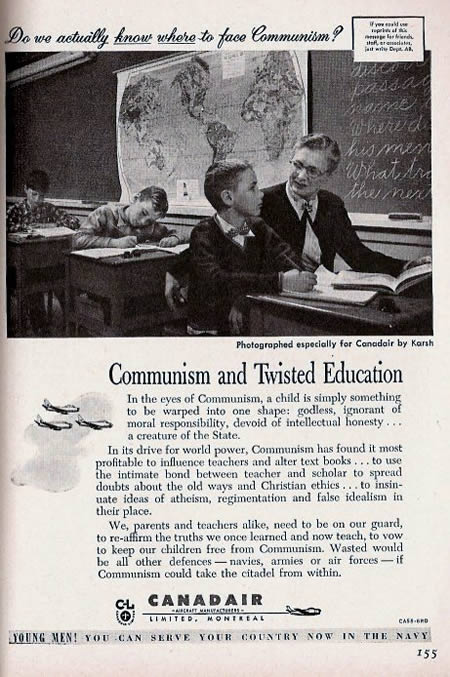 Another Canadair from 1955 about Communism and education. 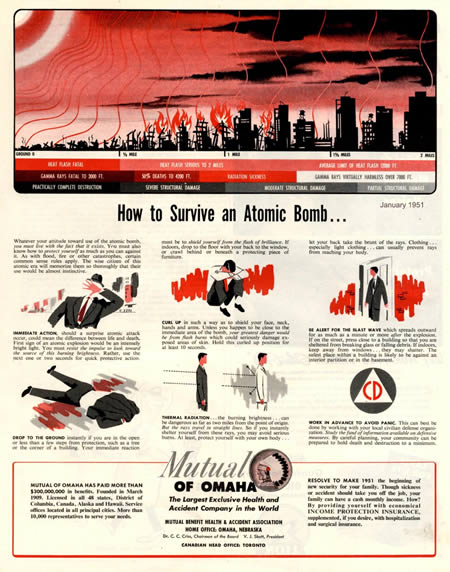 "How to Survive an Atomic Bomb", a 1951 ad by the Mutual of Omaha, an insurance company. 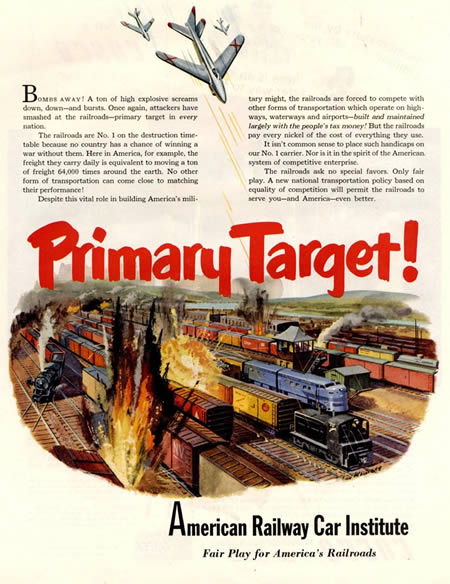 A 1951 ad by the American Railway Car Institute.