1. Hang Mioku: the korean plastic surgery addict who injected cooking oil into her own face 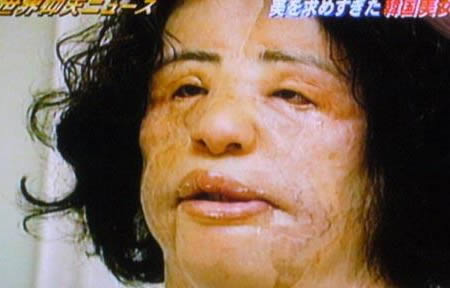 One of the most famous cases of awful plastic surgery gone wrong, Hang Mioku, a 48 year-old woman from South Korea, became so addicted to plastic surgery that she was left unrecognisable after her obsession led her to inject cooking oil into her face. She had her first plastic surgery procedure when she was 28. Following operation after operation, her face was eventually left enlarged and disfigured, and the surgeons she visited refused to carry out any more work on her and one suggested that her obsession could be a sign of a psychological disorder. So Hang resorted to injecting cooking oil into her face. It became so grotesquely large that she was called “standing fan” by children in her neighbourhood – due to her large face and small body.

As Hang’s notoriety spread she was featured on Korean TV, viewers seeing the report took mercy on her and sent in enough donations to enable her to have surgery to reduce the size of her face.During the first procedure surgeons removed 60g of foreign substance from Hang’s face and 200g from her neck.After several other sessions her face was left greatly reduced but still scarred and disfigured, a true challenge for korean plastic surgery. 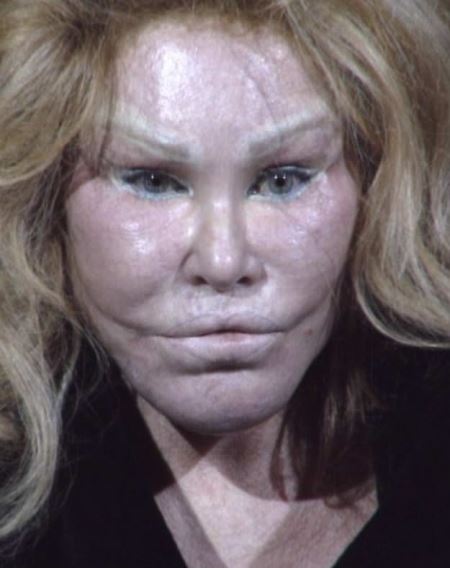 Known by the press by the nickname of “The Bride of Wildenstein” –a reference to The Bride of Frankenstein–, Jocelyn Wildenstein has allegedly spent almost US$4,000,000 on cosmetic surgery over the years, ending up as one of the worst and most famous cases of plastic surgery addiction. But who did that happened?

Once upon a time, in the late 70’s there was a beautiful women named Jocelyn Wildenstein. Jocelyn really had it made. She was a fresh-faced mother of two and married to an extremely rich art dealer. That is until she caught her husband in bed with a 21 year old Russian model. Now, any normal person would just leave her husband and take all of his money with her, right? Not Jocelyn Wildenstein! Instead she decided to win back her husbands love and make herself more beautiful by going under the knife. Well, her husband left her anyways, but Jocelyn will always have her plastic surgeon. 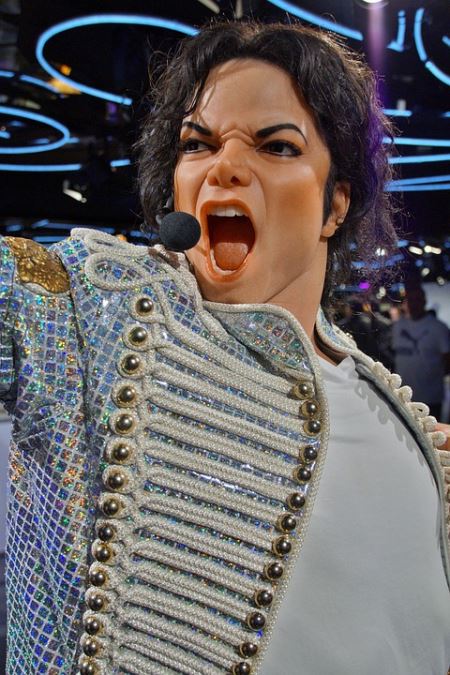 Does this really need to be explained? It’s incredible to forget how absolutely normal Michael Jackson looked back in the 70’s and 80’s, attractive even, before turning into the sideshow freak that he is today.He is rumored to have had more than 10 nose surgery procedures on his life. 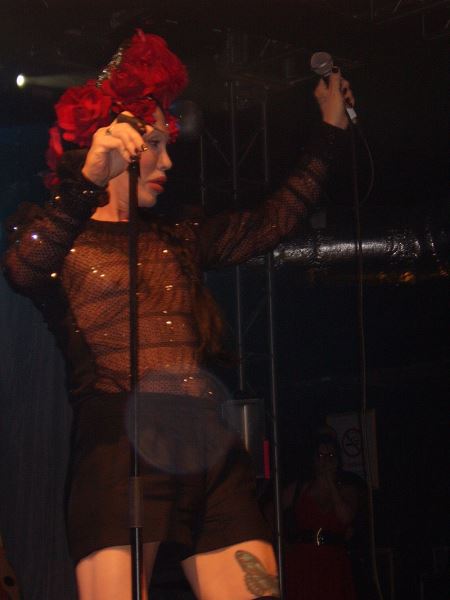 Pete Burns, former frontman of the British band Dead or Alive –famous for their single “You Spin Me Round (Like a Record)”–, has had extensive polyacrylamide injections into his lips, along with cheek implants, several nose re-shapings and many tattoos. He revealed in early 2006 that he had spent almost all of his life savings on eighteen months of reconstructive surgery after a procedure on his lips went horribly wrong. 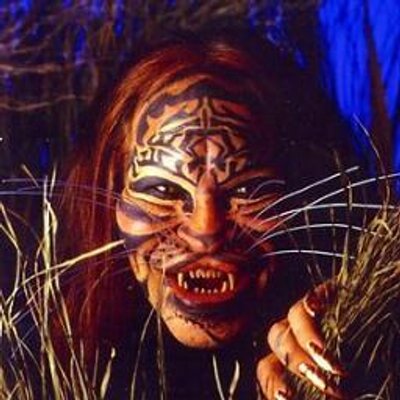 Dennis Avner, also known by “Catman” or his native american name of “Stalking Cat”, has undergone incredible extensive surgery in order to look like his totem animal, the tiger. Modifications include extensive tattooing, transdermal implants to allow whiskers to be worn, subdermal implants to change the shape of the face and the filing and shaping of the teeth to make them look more like a tiger’s. 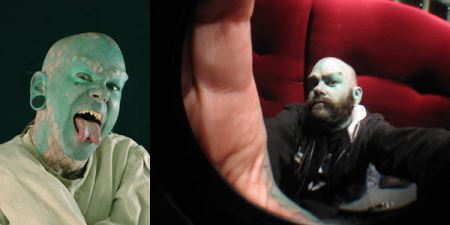 Born Eric Sprague in 1972, the Lizardman was one of the first people to have a split tongue and in some circles is seen to be wholly responsible for the recent popularity of this particular modification.This 37 year old man has transformed himself into a reptile via 700 hours of tattooing, five Teflon horns implanted beneath the skin of his eyebrows, filing down of his teeth into sharp fangs, bifurcation of his tongue, and stretching of his septum and earlobes. 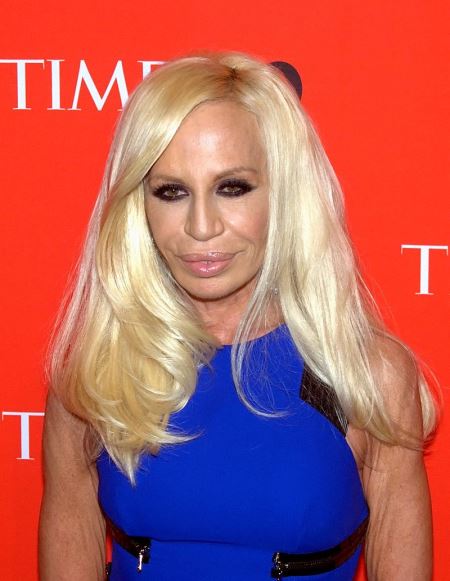 Since taking over for her brother Gianni Versace, platinum blonde fashion designer Donatella Versace has gone through some drastic changes thanks to awful plastic surgery, turning herself into a caricature.Although nose jobs are usually done to make a nose smaller, Donatella’s has grown larger over the years. It is also wider and flatter and slightly crooked, indicating that at least one bad nose job took place.In addition to her big nose, Donatella also has large lips, like the trout pouts of the Hollywood divas the designer dresses. Although the fashion icon has always had big lips, the oversized upper lip indicates that fillers, like collagen, have been used liberally.For a 53-year old, Donatella’s skin is very firm, indicating a possible facelift. She probably also uses dermal injectables like Botox to eliminate wrinkles, even when she smiles. Her tight face is a strong contrast to the loose skin on the rest of her body. And yes, Donatella’s weight loss also revealed her breast implants. Anything left? 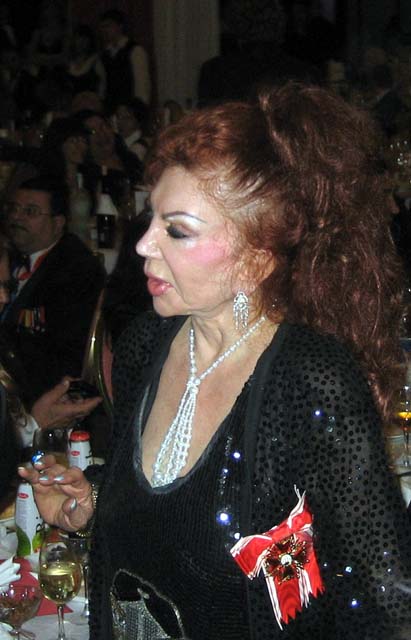 The mother of famous actor Silvester Stallone, Jackie was also famous for claiming she can talks to dogs about the future, she also once set up a psychic hotline which would charge callers for advice. Now she’s relatively famous for what looks like a little too much plastic surgery, as she has tried everything: facelift, brow lift, cheek implants, nose job and, of course, lip jobs. 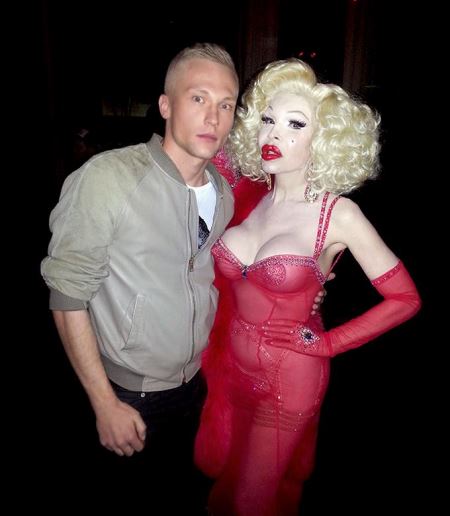 Once a poverty-stricken young boy, Amanda Lepore‘s countless surgeries have made her one of the world’s most famous transexuals. She had her first plastic surgery at the age of 15, getting a sex change in her last year of high school, and countless surgeries after that. 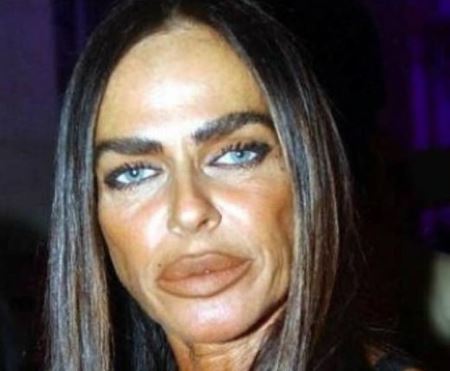 Last but not least. Meet italian socialite Michaela Romanini. Another plastic surgery gone wrong, this lip collagen abuser is only 40 years old, and became famous after her many surgeries.
Previous
Next Jocelyn Wildenstein: a US$4 million monster