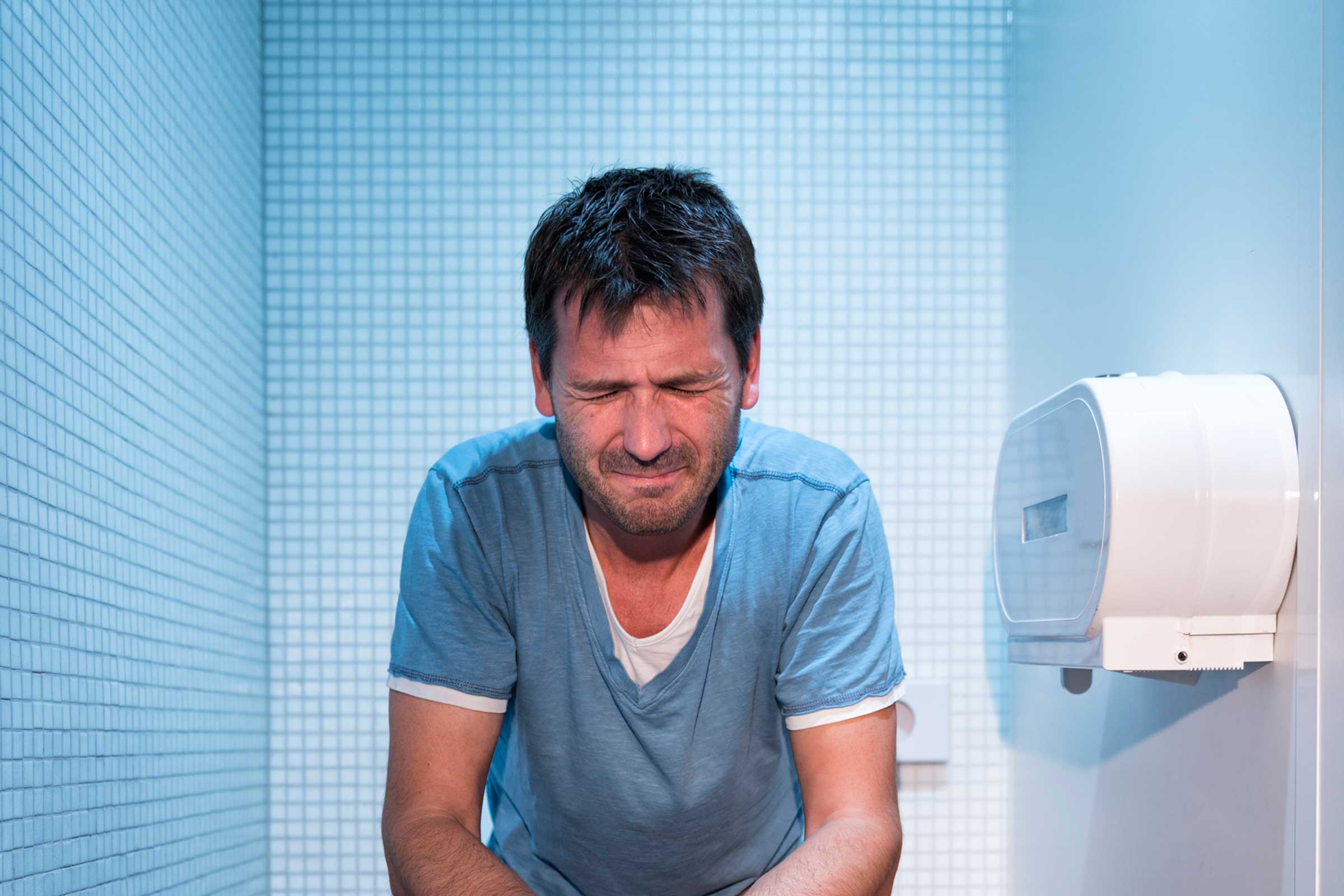 Yes, we all spend time on the toilet, but there’s a lot more going on in your digestive system than that burrito that’s about to take the colonic off-ramp to the porcelain rest stop known as your toilet. There are so many things about going number two that you probably don’t know it will turn your sphincter upside down. So, hold in that batch you need to drop and get a load of the more offbeat facts about poop.

Hard to believe, but excrement is 75% water. Obviously, we’re not talking about the bubbly Perrier kind of H2O, either – not that it would matter. After landing in all that toilet water, who’d want to quench their thirst with some waste? If three-quarters of your dung is indeed water, what’s the other 30%? That’s comprised of dead bacteria, food that can’t be digested, cholesterol, fats, inorganic material and protein, proving your digestive tract is busier than a Best Buy on Black Friday.

What Can Brown Do for You?

Generally speaking, poop is brown. Why? Gastroenterologist and Drexel University College of Medicine professor Neilanjan Nandi says it’d due to bile generated by the liver, which assists our body in digesting fats. There are occasions when your bowel movement may be green, yellow, black, or even white, all of which is explicable and not terribly unusual, so don’t totally freak out if your dookie goes to a different shade in the Crayola box. If your turd is blue with green polka dots, though, well, you may want to consider seeing your doctor.

Have You Heard the Word About the Bird?

Okay, humans mostly poop brown, but things are a little different in the animal kingdom. You know what we’re talking about: birds. We’ve all pulled out of the car wash only to have a bird drop a deuce on our freshly cleaned windshield, leaving a big white splat and one very angry driver who just “wasted” 15 bucks cleaning a car that’s dirty all over again.

Bird poop is white, in part, because our feathered friends go number one and number two simultaneously. “Their kidneys extract nitrogenous wastes from the bloodstream like other animals’ do, but instead of releasing it as urea dissolved in urine, birds excrete it in the form of uric acid. It comes out as a white sort of goo because of the biochemical reactions that happen to process the waste so it can be safely excreted with minimal water loss.” So, ironically they’re killing two birds – and countless windshields — with one stone.

People need to enjoy some Chewbacca chunks to keep their bodies regular. According to one study, nearly half of all Americans go once a day, with more than 60% doing so in the morning. Sadly, how many of these people use the time to catch up on their reading is a mystery.

Seven. A creepy Brad Pitt movie and an even creepier stat about your rump puddy. It turns out there are seven different kinds of excrement. They can be found on something called the Bristol stool scale, which categorizes the different forms of fecal matter that exists. They range from hard lumps to sausage to fluffy. Sausage? Fluffy? Your toilet bowl stew should not sound so delectable.

Books and poop go together like peanut butter and jelly. Seriously, hear us out. A lot of people use that time on the throne to do some reading, so it shouldn’t come as a total shock to learn that there’s a thing called the Mariko Aoki phenomenon, in which people have the urge to go potty when they’re in a bookstore. Named after a Japanese woman who brought it into the public’s consciousness in a 1985 magazine article, it refers to “the smell of paper or ink having a laxative effect, the association with reading on the toilet at home, and the posture of browsing making bowel movement easier.” There is no medical reasoning for it, although we have a hunch Dr. Barnes and Dr. Noble are hard at work on it.

“Fecal vomiting” may quite simply be the most visibly arresting and vile phrase we can imagine. It’s an all-too-real condition in which you vomit poop. Yeah, it’s real, not something out of a “Family Guy” episode. Fecal vomiting occurs when the intestine is blocked and people can’t defecate out of their posterior, causing it to come out of the mouth. And, yes, you did just throw up a little. Just be grateful there was no poop, though.

If you’re fecal vomiting, you’ve probably got a laundry list of other issues, too: stomach pain, dehydration and constipation, so upchucking that fanny fudge may be the least of your problems. Whoever has to clean it, though, may beg to differ.

Looking for a quick bite? May we recommend sautéed turd? Boiled doodie? Fried feces? Yeah, eating excrement is known as coprophagy and those who engage in it are known as coprophagics. And while your dog may do it, you’ve got to be on edge when you’re out to eat with a friend who decides to go way off menu and order the dung a la mode.

In case you didn’t know, eating poop is not the smartest decision. The bacteria in it can cause a wide range of sickness, so while it may be funny to do it just so you can say it “tastes like shit,” it’s probably may be worth it.

Stop us if you know this scenario: you’re at work and you’ve gotta do your business, but when you walk in the restroom there’s someone else there, so you walk out and wait until you’re the only person in the bathroom. This fear of pooping around others is known as parcopresis, or shy bowel syndrome. Why does it exist? Who knows? But the idea that someone whose face you’ll never see while you’re tucked away in a stall may hear your butt making strange noises is all too real.

If you think archaeology is filled with Indiana Jones types digging up fossils and chasing down Nazis, well, this will disappoint you. Back in 2014, a team in Spain found what may be the oldest stool sample ever discovered, estimated to be 50,000 years old. It may have also marked the first time someone got yelled at for not flushing.

In Space, No One Can You Hear You Drop a Deuce

There are 96 bags of poop on the moon, left behind by the various astronauts who served on the Apollo missions. Be sure to pass along this nugget of info at your cocktail party and make the joke about how annoyed Neil Armstrong must’ve been when his moon boots stepped on a pile of a doodie.

There are loads of synonyms for poop, but there may not be one as powerful or omnipresent as “shit.” The word itself dates back in one form or another to the 14th century and is derived from the Old English noun “scite” and German “schite,” both of which translated to “dung.” It also gets an assist from another similar Old English word, “scitte,” which means “diarrhea.” It’s not to tough to make the jump from that to our current dirty definition of the word.