An Australian man hid pot in a balloon in his nose, and it ultimately took him 18 years to find it. Doctors say the man suffered from numerous sinus infections during this time and they finally sniffed out the cause, pot.

When the man went to prison, he stuck a balloon full of pot up his nose, and then forgot about it. How do you ask?

Well, he thought he had swallowed it.

The man, now 48, finally realized what had happened thanks to the doctors at Sydney’s Westmead Hospital. He was referred there after complaining of headaches. 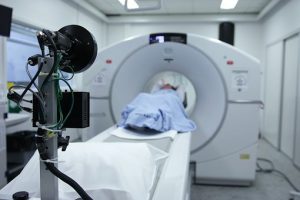 The study published in BMJ Case Reports, correctly called “Nose out of Joint,” pictured in a CT scan what looked like a calcified lesion in the nasal passage. Surgeons went in for a closer look and removed what was described as “a rubber capsule containing degenerate vegetable/plant matter.”

After removing the object, doctors later called the patient in for “specific questioning.” It was during the questioning that said patient remembered the incident when he was about to go to prison and his girlfriend gifted him a rubber balloon filled with weed.

The man pushed the weed into his nose but inhaled it more than he meant to. This is when and how he thought he had swallowed it. Even with all the sinus complications, the man forgot about this weed balloon.

These days, he is breathing easier. It has been reported that he has had a complete resolution of nasal issues since having the weed successfully removed.