Over the last few decades, manufacturing has seen a truly global expansion. While China is still an undisputed leader, countries such as India, Bangladesh, Cambodia, and Vietnam are rapidly catching up. Yet one simple problem remains: Many of these “upstart” manufacturers have no easy way of selling their products to merchants around the globe. One company is seeking to change that. 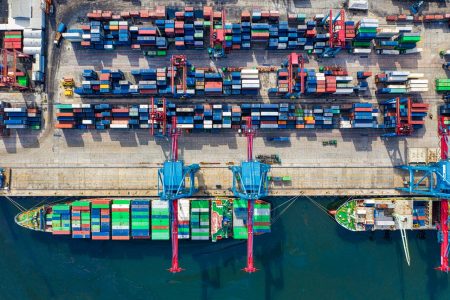 Over the last decades many countries such as India, Bangladesh, Cambodia, and Vietnam have invested in manufacturing with the hopes of taking a piece of the pie in the global ecommerce and retail boom.

However, most of these countries are still struggling to sell globally, especially to smaller merchants, who are increasingly entering the global procurement ecosystem. Numerous language barriers, time zone differences, problems in sending money internationally, and issues with international shipping exacerbate the situation.

There’s also a growing belief that China no longer wants to be the world’s factory.

“With education and wages on the rise, shrinking its cost advantage, China now wants to focus on higher-end manufacturing, lean on domestic consumption to fuel its economy, and leave the work of cranking out cheap, labor-intensive goods to others,” QZ.com explains.

In other words, a perfect storm is brewing – and innovation is happening at a rapid rate. Listing Bird is one of the names leading the charge.

Listing Bird is an emerging online platform that automates end-to-end sourcing using artificial intelligence (AI). The company is building a chatbot that will not only take on the negotiation process and prevent buyers from having to manage dozens of conversations at once, but will be the first in the industry to offer seamless translation in the manufacturer’s native language. This can make it easy for even the smallest factories in the most remote parts of the world to gain access to buyers in the competitive marketplace.

The AI system also streamlines shipping coordination on behalf of the client (the merchant). This saves dozens of hours of time, which merchants can reallocate to working on their businesses.

Listing bird’s business model hinges 100% on the merchant’s satisfaction. The customer is king, and suppliers compete to provide the best deal to the merchant. There are no monthly contracts or hidden fees. Listing Bird only makes money on the back end, which motivates them to only work with the best possible suppliers that offer maximum value.

The Future of Global Sourcing

It’s unclear what the future of global sourcing has in store. However, this much we do know: Things are changing. And if you want a peek into where things are heading, look no further than Listing Bird. Big things are happening and they seem to be leading the way.