Did you read Hearing Delayed for Orlando Woman Accused of Suitcase Killing: Part One? Because this is part two.

After entering the house, deputies found Torres’ body near the front door, near a blue suitcase.

Boone denied any kind of physical altercation with Torres, but he had a small laceration on his lip and bruising around his eye, along with other injuries, as stated in the arrest report. Boone gave written and verbal consent to allow deputies to search her phone. And this is where the evidence comes in. 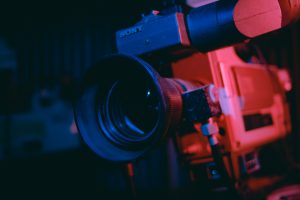 Two videos were found on Boone’s phone and in one of them, investigators said Torres Jr. was heard yelling to Boone that he couldn’t breathe- while Boone laughed at his yelling. “I can’t (expletive) breathe, seriously,” Torres Jr. said in the video and Boone replied, “Yeah, that’s what you do when you choke me.”

He was heard repeatedly screaming for help and stating that he couldn’t breathe.

As Torres Jr. continues to tell Boone that he can’t breathe, while calling her name she says, “That’s on you. Oh, that’s what I feel like when you cheat on me.

It’s because of this video evidence that investigators had enough to put Boone under arrest.

In the arrest affidavit, the video shows Torres pushing on the suitcase in an attempt to get out. The second video showed the suitcase in another position as if it had been moved. Boone was telling Torres Jr. to “shut up” as she laughed while he called out her name.

Boone told Torres this was “for everything you’ve done to me,” according to the video. After being played the videos, Boone says that she doesn’t remember taking the videos and that it “looked bad.” Due to Boone’s inconsistent statements and reviewing the videos found on her phone, she was then charged with second-degree murder.

Come April, we’ll know what happens with this case.