We always tell kiddos not to play with guns. Here is this very sad story.

The fatal shooting killed both cousins after one fatally shot the other, and then turned the gun on themself. The family members called it a “freak accident” that occurred during the birthday party in the St. Louis apartment Friday.

While livestreaming the party on Instagram at about 2:00 a.m., Paris Harvey, 12 and Kuaron Harvey, 14, were shot and killed. The cousins were attending the family party in celebration of a younger relatives’ birthdays for the month of March. 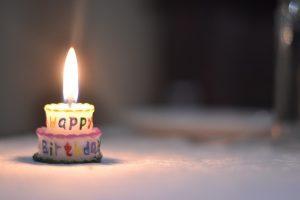 Investigations are ongoing, but police initially called it a “murder-suicide.”

St. Louis Police Department shared on social media a statement that said “We are sending our heartfelt condolences to the family of 12-year-old Paris Harvey and 14-year-old Kuaron Harvey who tragically passed away on 03/25/22.”

Shanise Harvey, 35, the mother of Paris said that she didn’t know who the gun belonged to, or how her daughter found it.

Paris, one of nine children, was a funny seventh grader who loved getting her hair and nails done, and had a beautiful voice. Kuaron was described as a goofy eighth grader who had long been great a backflips.