You know that annoying feeling when you send someone a message and never hear back? Of course you do. It’s even worse if you’re using a messaging service that doesn’t tell you whether the message went through.

You’re stuck in a limbo, left wondering if the addressee just didn’t bother replying, or ever even received your message. How long would you be willing to wait for a response?

That is how long a particular German soldier has been waiting to hear back on a message he sent. We know this, because the undelivered World War One-era note just recently surfaced in France.

When we say surfaced, we mean it literally. A couple unearthed its container while hiking on a field between the towns of Ingersheim and Sigolsheim in northeastern France.

It’s no wonder the German soldier’s note got lost, though. While even modern messaging apps sometimes lose messages, he used something much more unreliable. 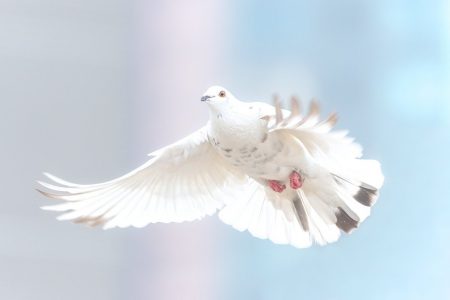 A Hike to Remember

The message, held within a two-inch long metal cylinder, was described as “super rare” by Dominique Jardy, curator of the Linge Musem near the site of discovery.

“When this object was described to me, I was excited like a madman. It is my first time seeing something like this,” Jardy told the French DNA news site.

But Jardy wasn’t the one who found the message capsule. That honor goes to Jade Halaoui.

As we mentioned, Halaoui was hiking on what a 100 years ago was a raging battlefield. Within the lush green grass of the field, he spotted a small, shiny metal object.

Realizing that the cylinder was hollow, Haloui decided to take a peek at the contents.

“I dug it up and cut it open to see what was inside,” he told DNA.

Out came a small sheet of paper. On it, someone had scrawled text that neither Haloui nor his partner Juliette could read.

Not only were the note’s pencil marking worn with age. The language was also utterly incomprehensible to the couple.

At Juliette’s suggestion, they took the capsule and the message to the Linge Museum. Both Halaoui and Juliette understood they’d found something remarkable as the volunteer at the museum reception called Jardy as soon as they laid eyes upon the message.

It was no wonder that Halaoui nor his partner could read the message. Even if the writing had been legible, it was written in Sütterlinschrift, an old form of German cursive writing.

Even Jardy couldn’t decipher the message and had to enlist a German-speaking friend to help him. While we’ve said the note and writing were worn, Jardy pointed out that the paper is in excellent condition for being nearly 110 years old.

Finally, Jardy and his friend were able to translate the message into French. On it, the unknown author gives a grim report of his situation.

“Platoon Potthof receives fire as they reach the western border of the parade ground, platoon Potthof takes up fire and retreats after a while,” the message reads according to The Guardian.

“In Fechtwald half a platoon was disabled. Platoon Potthof retreats with heavy losses.”

It seems that platoon Potthof’s situation was desperate. According to Jardy, notes on the paper show that four pigeons had already been sent off with an identical message.

It’s impossible to know whether any of the messenger pigeons made it to the intended recipient. This one definitely lost its cargo.

That being said, we don’t know whether the author had time to get frustrated with the failed delivery. The message does not give his name, and considering the brutality of WWI, he may not have lived to read any possible reply.

But Jardy is determined to discover who the author of the message is. While he is not named, the message does list his unit – the 9th company of the 171st Prussian infantry regiment.

The name of his platoon – Potthof – also most likely corresponds with the name of its commanding officer. That could give further clues to the author’s identity.

“It will definitely be necessary to search through the archives of this unit,” Jardy says.

On Wings of Glory

Platoon Potthof’s the only avian that participated in WWI. It is estimated that around 300,000 pigeons were used to deliver messages by the armies participating in the conflict.

Of course, they had more practical means of communication at their disposal. The telephone existed, and optic signals and runners were also in wide use.

Each of these came with their own problems, though. The constant artillery bombardments that became a hallmark of WWI often destroyed phone lines. Yeah, phones used to require physical cables.

Optic signals were easy to miss, either because it was raining water or hot lead. Runners also ran a high risk of being killed by enemy soldiers before delivering their message.

In this context, pigeons were actually surprisingly reliable. One of the most famous examples of a heroic pigeon is a bird known as Cher Ami.

On October 3, 1918, Cher Ami flew through German fire to deliver a message requesting for Allied forces to save an encircled American battalion. She sustained horrendous injuries during her ordeal – she was shot through the chest, blinded in one eye, and had one of her legs blown off so that it was only hanging on by a tendon.

Despite her wounds, Cher Ami delivered the request for help. For her deeds, she received the Croix de Guerre, a French medal of military honor.

Perhaps the Potthof pigeon attempted a similar gallant deed and fell in service of its country. Or maybe it got lost and pecked off the message container. We’ll never know.