Noelle Rascati, 32, was video chatting with her boyfriend, 26-year-old Tathan Fields, when the conversation quickly turned sexual. The thing is, there was a child in view of the camera, and by default, the sexualized video conversation.

Rascati was seen, to start, in a pink bathrobe sitting on the edge of her bed in Lake County. The child, believed to be her son, is seen in the video standing next to the bed and Rascati and Fields begin the call. 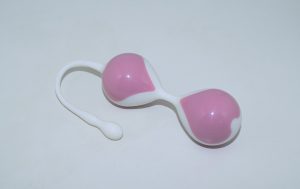 The call lasted for 12 minutes and 28 seconds, and besides a few quick words to start, the two engaged in sexual acts for the remainder of the call and all while in front of the child. The relationship to the child isn’t specified, though it is believed that Rascati is the child’s mother. There is not mention as to Fields having any relation to the child.

Field’s was also charged with mailing a letter that he claimed contained Anthrax. Rascati is facing engaging in lewd and lascivious conduct in the presence of a minor with a bond of $2000.