For several millennia, people have been fascinated with the mystery of the soul. The ancient Mayans and Egyptians believed that the soul was an eternal aspect of a human being, linked to the life force that animates us all. The Abrahamic religions of Judaism and Christianity regard the body as a holy temple that houses the soul. While Islam teaches that one should wage war on the nafs or the lower self (one of the four aspects of the soul). Then today, New Age spirituality shares the ancient beliefs in reincarnation. Which is explored in divinatory arts like numerology, tarot, and astrology. 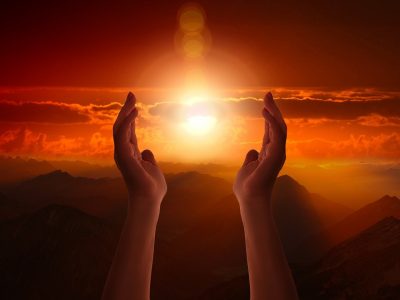 Where does the word soul come from?

The word ‘soul’ comes from the Old English word sawol. This word was used to describe the “spiritual and emotional part of a person or animate existence.” This original term is also associated with the ancient northern European beliefs about the soul’s journey before and after life. It means “belonging to the sea” since the sea was believed to be a stopping place for the soul in that mystical stage: before birth and after death.

Where is your soul located?

The search for the location of the soul has been subject to centuries-long speculation and debate. There is no conclusive evidence about the location of the soul. The ancient Greek philosophers Aristotle and Plato believed that the soul was closely related to the material world. The ancient Egyptians believed in nine aspects of the soul; with each needing tending after death. Buddhism dismisses the notion of a soul as a permanent and unchanging aspect, rooted in its belief that only change is permanent. Despite these contrasting ideas, you may have an intuitive feeling about where your soul is located.

Ancient beliefs about the soul

The ancient Mayans believed in the cyclical nature of life. To them, nothing ever really died. All existence carried on eternally in the great cycle of time; including the human soul.

Although the Mayans didn’t believe that a soul could ever die, not all souls were destined to reach paradise. After death, the soul would travel towards paradise but there were many obstacles and perils it could encounter along the way.

The Mayans believed that the soul ended up in the underworld after death. They called this dark and horrid place Xibalba. The frightening Lords of Xibalba steered the soul in any direction they pleased. The soul would have to find its way across Xibalba and ascend nine levels to reach earth (the middle world). The soul would have to climb another 13 levels before it could reach paradise (Tamoanchan).

But some souls were exempt from this arduous and unpredictable path. These included human sacrificial victims or those who died playing the sacred game of Pok-a-Tok. This brutal and bloody game was considered a form of great entertainment for the gods and treated as a form of sacrifice. Women who died at childbirth and those killed in warfare could also bypass Xibalba. 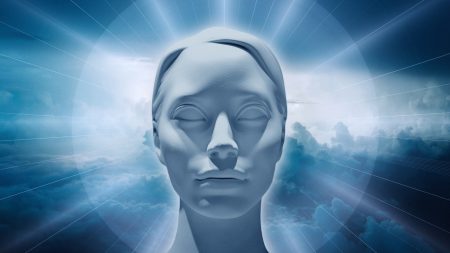 To the ancient Egyptians, every human being (as well as animals and plants) was imbued with a magical force. This happened when the god Atum created the world. The magical and invisible force that animated everything was believed to be the soul.

Ancient Egyptians believed that the soul was immortal and endured many lifetimes. After death, the soul travelled to another plane of existence. If the gods deemed it right, the soul could live in paradise. The paradise of ancient Egyptians mirrored a person’s existence on earth.

The individual character was created at the moment of birth. The character was distinct from the soul. The soul consisted of different aspects, typically nine. Each aspect played a different role in an individual’s life and the afterlife. And each one had to be tended to by other family members after death.

These nine aspects of the soul could only function if certain conditions were met. One condition was that the body would remain intact. This is where mummification comes in, a crucial aspect of the ancient Egyptian burial rituals.

The nine aspects of the soul were:

The ancient Greeks held many beliefs about the soul. These concepts varied, according to the school of philosophy that was prevalent at the time. Some of these beliefs still influence our Western understanding of the soul.

The philosopher Epicurus and his followers, the Epicureans, believed that the soul, just like the body, was made up of atoms. The soul’s atoms could be divided into four species – motile, quiescent, igneous, and ethereal. The ethereal species of atoms were the thinnest and moved a lot. These ethereal atoms explained thoughts and sensitivity. The Epicureans believed that the soul was present in the body.

Platonism started with the dialogues of Plato. In these dialogues, the figure of Plato’s master Socrates emerges. One of Plato’s most famous works The Republic talks about the soul. It was written in 375 BCE. Here, the soul is defined as ‘tripartite’. In other words, the soul has three distinct parts. And what makes each person different is the balance between these different parts.

The three parts are the logical part, the appetitive part, and the spirited part.

Aristotle believed that the soul was inseparable from the body; they were joined together. He also believed that all existence moves from potentiality to actuality. For instance, a seed and a tree are the same thing in essence, but the seed’s potential to become a tree is actualized through growth. Similarly, the potential of a human soul is actualized through growth. And this would not be possible without a physical body that the soul animates.

In this sense, Artistole’s beliefs contrast those of Plato’s which saw the soul as a separate entity to the physical body. For Aristotle, the soul is not a substance or an entity. Instead, the soul actualizes the potential of a human body. And it ceases to exist when the physical body dies.

The New Age draws inspiration for its beliefs from a variety of sources. There is no one conclusive belief system for the New Age concept of the soul. Rather, individuals who follow New Age believe different things about the soul, depending on which strands of spirituality they have been immersed in. Some New Age followers, especially those who practice yoga, tend to believe in reincarnation.

Three major Abrahamic religions trace their origins to the first two sons of the patriarch Abraham. Judaism and Christianity are associated with Abraham’s second son Isaac. Islam can be traced back to Abraham’s eldest son Ishmael. Although these religions share a common ancestor, each offers a different interpretation of the soul.

While the body and soul are separate in Judaism, they are inseparable from each other. Like two perfect partners, both aspects must work together to achieve growth and perform good deeds. Judaism believes that God gave humans a body so that they could perform His sacred work on earth. As such, the body is regarded as holy and should be treated with protection, care, and respect.

Three words in the ancient Tanach, the Jewish sacred writings, describe a different aspect of the soul: Neshamah, Ruach, and Nefesh.

Islam teaches that self-knowledge is the ultimate path towards personal development and spiritual mastery. The soul, also known as the psyche, is comprised of four distinct parts:

While these aspects interact and even overlap with one another, each reflects a different aspect of the soul. Many Islam scholars argue that the ‘true jihad’ is to fight against the lower-self or nafs and its whims. This, they believe, is the part of the soul that is most susceptible to corruption.

Christian beliefs differ on the origins of the soul and on what happens to the soul after someone dies. St Augustine (354-430 AD) is regarded as one of the most influential early Christian thinkers. He described the soul as a unique substance that contained reason and was destined to rule the body.

Some Christians believe that when people die, their souls will face Judgement Day from God. He will determine whether they go to Heaven or to Hell (where they would await resurrection). Others believe that the souls of the ‘unrighteous’ will be destroyed in hell, instead of enduring eternal suffering. Others still believe that all Christians, despite their deeds on earth, would receive eternal life and enter the Kingdom of Heaven. The only condition necessary to attain eternal life is believing and confessing out loud that Christ was the Son of God who was resurrected after death.

Hinduism does not distinguish one soul from another. It sees the soul as part of the eternal, invisible, formless, and infinite. However, once a soul incarnates on this earth, it develops qualities that make it different from another soul.

The soul is known as the Self or Atman in Hindusim. The self is both the aspect of experiencing everything that happens to it on earth and also the reason why everything is happening to it. The soul is seen as pure consciousness or the observer of all experience. Thoughts, feelings, desires, wants and needs are separate from the soul: ‘modifications’ or distractions, caused by a busy mind. Practices such as Yoga aim to suppress these modifications and restore the mind to its tranquil state where one can be closer to ‘pure consciousness’ or their soul.

Buddhism takes a very different approach to the idea of a soul. While most other religions seek to define a soul, Buddhism dismisses the concept of a permanent and eternal soul. The soul is typically understood as an unchangeable personal aspect that carries on after death into eternity. In its very essence, Buddhism believes that life and everything about life is impermanent. Everything changes and vanishes, including the soul. Life is in constant flux. If one were to sit down and meditate, they would experience a blissful nothingness. This does not mean that Buddhism lacks spirituality. Understanding impermanence and merging with it is the true goal of a Buddhist’s path; one that is free of suffering.