At the Moscow Open last week, as reported by Russian news outlets. The chess-playing android was apparently “unsettled” by the seven-year-olds fast moves during their July 19th game.

The robot grabbed the child’s finger, and broke it.

According to Sergey Smagin, the child may not have followed ‘certain safety rules’ like waiting for the robot to complete its turn before making his move. “There are certain safety rules and the child, apparently, violated them,” Smagin stated. “When he made his move, he did not realise he first had to wait. This is an extremely rare case, the first I can recall,” he said. “It has performed at many opens. Apparently, children need to be warned. It happens.”

Smagin told RIA Novosti that it was ‘coincidence’ and that the robot is ‘absolutely safe.’

Lazarev had another point of view, explaining that the boy ‘made a move, and after that, we need to give time for the robot to answer’. 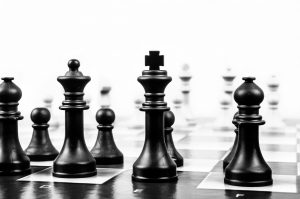 “But the boy hurried and the robot grabbed him,” he explained, believing that the robot’s creators ‘are going to have to think again’. Listed as one of the 30 best chess players in the Russian capital for the under-nine age group, a report said, “People rushed to help and pulled out the finger of the young player, but the fracture could not be avoided.”

The boy wasn’t turned away from the game, even after his finger was placed in a plaster cast. “The child played the very next day, finished the tournament, and volunteers helped to record the moves.”

His parents have been in contact with the public prosecutor’s office. The robot has no remorse, reportedly winning three games on the day it injured the child.