Burglars call 911 in late 2022 to get help moving the stuff they were stealing.

Yes, I’m serious. If you thought people were leaving their crazy in 2022, think again.

Two people sit in jail after officers say one of them phoned during a burglary they were committing. They wanted help moving their new goods, so the burglars call 911. Is that not the craziest thing you have ever heard?

Deputies responded to a home in Poinciana, Florida on Saturday December 31st, 2021, about 35 miles south of Orlando. They responded after the burglars call 911 but no one spoke. According to Polk County Sheriff’s office, once officers were at the home, they determined that no one lived there.

However, they did find a male suspect and his girlfriend inside the home after entering it through an unlocked door. The male suspect had been identified from a security video as a burglar at the Dollar General in town. 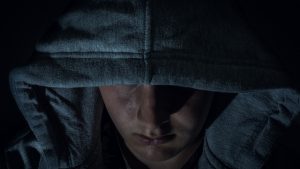 Several items were stolen from the store earlier in the day, as said in a statement from the sheriff’s office.

When officers spoke to the female suspect, she said that she’d called 911 for help to move their belongings from the house they were stealing from. They also needed a ride to the airport so they could spent the weekend in New York.

“Deputies DID help them with their belongings, and DID give them a ride, but it wasn’t to the airport … it was to the Polk Pokey,” the sheriff’s office said in a Facebook post. “And they are welcome to stay there all weekend long. The Polk Pokey is much better than New York anyway.”

The male suspect was ultimately charged with burglary and theft related to the Dollar General and also the residence, according to the sheriff’s office.

What the what? Happy New Year people, let’s go!