Hackers have a well-earned reputation for stealing sensitive data and using that data for criminal acts. For instance, some hackers make purchases with stolen credit card data and others use stolen data to steal identities.

While it’s safe to say all hackers act maliciously to a degree, some hackers aren’t trying to steal identities. The hackers you don’t hear about in the news are sometimes self-proclaimed vigilantes and trolls as evidenced by some bizarre data breaches. Like the time someone hacked Google Maps to show fake traffic jams. 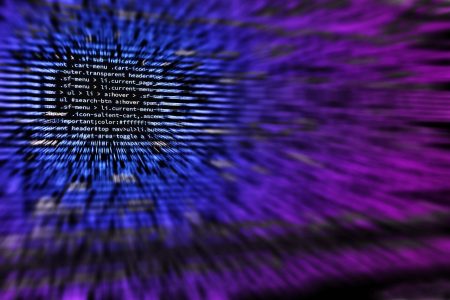 How Do Hackers Get All This Data?

There are two main ways hackers get this data: by tricking people into voluntarily providing their data and by stealing unprotected data.

Aside from tricking victims into giving up their login credentials, hackers can only gain access to sensitive data when that data is left unprotected. Protecting data from hackers is crucial, but encryption is non-negotiable. Encrypted data can still get stolen, but it can’t be deciphered by a hacker.

While all data breaches are serious, in hindsight, some can be a little funny. Here are a few interesting incidents you may not have heard about:

With all the major data breaches in the news, you probably haven’t heard about the Deliveroo hack. In 2019, hackers obtained account information for Deliveroo customers and posted the data for sale on the ‘dark web’ for about $6. Soon, customers started noticing all kinds of orders placed on their accounts with food being delivered to random people and businesses.

One Deliveroo victim noticed an order placed at 10 AM for cakes and ice cream, totaling almost $200. The order was sent to a bakery chain outlet in East London. “If I was going to hack someone, I would’ve ordered bacon sandwiches at that time,” she joked with Forbes.

From the randomness of the orders, it doesn’t seem like the hackers used Deliveroo to get their own orders, but rather, pranked London with random deliveries for a while.

In an official statement relayed to Forbes, a spokesperson from Deliveroo insisted their internal system had not been compromised. The company believes hackers used existing leaked email addresses and passwords to gain access to Deliveroo accounts owned by customers who use the same password across the internet.

When the FBI and Department of Homeland Security (DHS) get hacked, you know the hacker had a good time.

Both information dumps were accompanied by pro-Palestine slogans, but it’s hard to tell who was actually behind the hack. Hackers routinely do things that make people believe someone else is the source of the hack.

Although hacking is a serious crime, the irony is a little funny. Perhaps from now on, government agencies will take better measures to secure private data.

While these types of incidents aren’t your typical data breach, they do involve obtaining log-in credentials, and are too silly to leave out.

For as long as websites have existed, hackers have been pulling some hilarious pranks. For instance, in 2010, hackers upgraded the Spanish Prime Minister’s website by replacing his photo with an image of Mr. Bean.

In another funny stunt, a hacker put images of dinosaurs in fashionable hats at the bottom of Vogue magazine’s website.

Perhaps the funniest website hack of all happened back in 2011. MI6 replaced all the bomb-making recipes from an online al-Qaeda magazine with cupcake recipes taken from Ellen DeGeneres’ Best Cupcakes in America.

Don’t Let Your Business Be the Next Victim

Even though some of these incidents are a little funny, data breaches cause serious damage. Data breaches can carry expensive fines and businesses can lose their reputation overnight as people lose their faith in the companies they once trusted.

If you own a business and run your servers in the cloud, ramp up your data security policies and procedures. At the very least, encrypt all sensitive data so it will be useless if it gets stolen.