It has been known for a while that the United States has a serious obesity problem. An estimated 160 million American adults – some 60% of women, and nearly 75% of men – are overweight at minimum. Some 78 million of those adults are clinically obese. That’s around 1/3 of all the adults in the country. Every single US state has an adult obesity rate of more than 20%. Colorado, at 22.3%, has the lowest – but that’s still nearly a quarter of all adults! 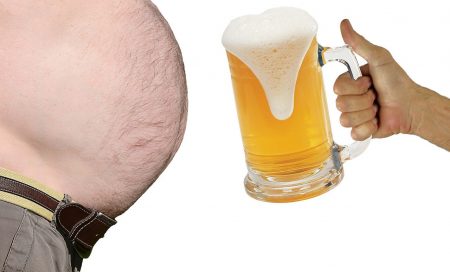 And it’s not just adults who are struggling – our children are too. Nearly a third of people under the age of 20 are overweight or obese, and these numbers continue to go up.

When we look at obesity in America compared to the rest of the world, these figures are even more shocking. Around 13% of all the overweight and obese people in the world live in the United States – despite Americans constituting only 5% of the total global population. We have more obese adults than the combined total of the next two highest countries on the list – China, at 46 million, and India at 30 million. That’s a total of 76 million compared to our 78 – so it’s clear we have a significant problem.

Overweight, by definition, is someone who has a Body Mass Index (BMI), or a height-to-weight ratio, of between 25 and 30. Between 18 and 25 is a healthy weight. A BMI of over 30 means a diagnosis of clinical obesity. People who have a body weight more than 100 lb over their ideal weight, or a BMI of more than 40, are considered morbidly obese. More than 50 is considered super-morbidly obese. People in these groups are at a much higher risk of death due to weight-related conditions than people who are a healthy weight.

While studies show that being overweight or obese is widespread among American people of all ages and incomes, the incidence is much higher in older people – the highest prevalence is in women between the age of 60 and 64, where nearly three-quarters are overweight, and in men aged 50-54, where 80% are overweight. At least some of this is likely due to natural aging, as our metabolisms slow down as we get older, but it’s clear that’s not the only contributing factor. If it was, we wouldn’t also have a child population where more than a third are overweight.

Of course, America is not the only country struggling with increased obesity rates; it’s a global trend that has been happening for more than 30 years. Rates are rising particularly sharply in developing countries, where more than two-thirds of the world’s obese population live.

Globally, more than 2.1 billion people are overweight or obese. That’s nearly a third of everyone on the planet! Nearly 700 million of those people are obese, and more than 50% live in just ten countries – the US is one of them.

The Cost of Obesity

Obesity is extremely costly, both financially and in the toll, it takes on someone’s health.

Treatments for obesity cost Americans nearly $150 billion every year, with the average obese person spending nearly $1,500 more each year on medical expenses. The picture is even bleaker for children who are overweight (as covered earlier, they are likely to remain overweight as adults) as they will likely pay some $20,000 more over their lifetime than average children. Given the sheer number of overweight children in the United States, their combined excess healthcare expenses could run to tens of billions.

Outside of healthcare, obesity also has cost implications for businesses across the country. Due to the higher prevalence of health problems in people who are overweight or obese, many are absent from work for health reasons or must be placed on lighter duties. Many studies have shown that the higher someone’s BMI, the more likely they are to take multiple sick days in a year. This costs the economy nearly five billion dollars every year.

People who are overweight or obese are at much higher risk of developing conditions including heart disease, diabetes, arthritis, kidney disease, and cancer than people who are a healthy weight. More than 3 million people die every year from weight-related health conditions. Obesity also causes other problems such as lymphedema, where fluid collects in large masses on the body that can make it difficult to move. Severe lymphedema can weigh as much as 100 pounds. Compression garments may help in some cases, but only to improve body contours. Try Confidence Bodywear.

There are many reasons why someone who is obese may also suffer from poor mental health; low self-esteem, poor self-image, lack of self-care, general physical activity, obesity-induced hormone imbalances, and social exclusion are just some of the reasons. Studies from across the globe have linked obesity with depression and low self-esteem, even in patients who have no other personal or family history of mental illness.

Young people who are obese are even more at risk, with the highest rates of mental illness seen in young obese women. This is likely due to the difference in how society views overweight women when compared to overweight men.

Conversely, mental illness can also lead to obesity. People with certain mental illnesses are less likely to take good care of themselves than healthy people, or more likely to be socially isolated. Both of these things are risk factors for increased body weight. Increased levels of the stress hormone cortisol are also linked to weight gain.