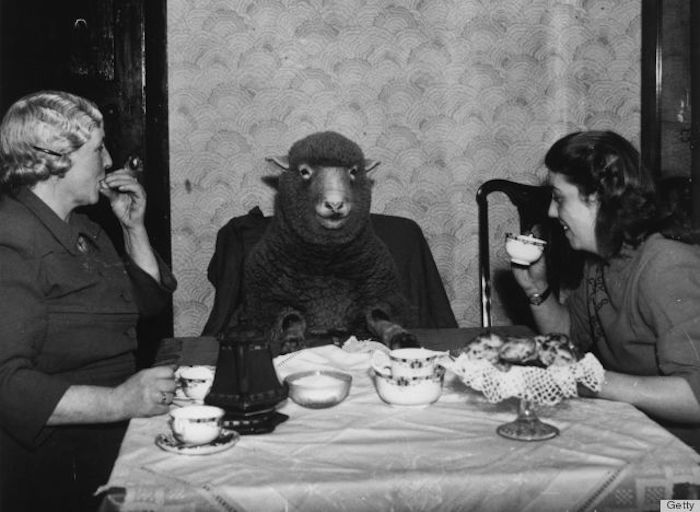 People are weird and it’s not state specific. Wisconsinites like to drink water from a bubbler and Floridians are always using their flashers while they’re driving. It doesn’t matter if there’s a slow down ahead or if the rain is pounding the windshield, flashers are on.

But what about the other states? They’re weird, too.

There is a post office still using Mules for two areas in Arizona. Serious. People living in the remote areas of Supai and Phantom Town have mule trains to deliver their mail. The terrain is too rough for motorized vehicles and even with the mules it takes hours of travel through the Grand Canyon valley.

It all started in 1900, when Britt Iowa hosted its first National Hobo convention. There’s even a crowned King and Queen each year and the winners are forever remembered in a painting. The convention is hosted August 8-11 if you want to see it for yourself.

The Louisiana State Penitentiary has a public golf course and they named it Prisonview Golf Course. I know, it’s hard to believe. I can hardly believe it myself. But it’s true. So if you want to golf and have a view of prisoners, too, this course is for you.

In Michigan, you can obtain a license to legally hunt unicorns. That is all.

A new father from Minnesota decided to only speak Klingon to his son for the first three years of his life. This Star Trek language didn’t stick though, as no one else around him spoke it.

You can go searching for diamonds, and take home your keep! Visit Crater of Diamonds State Park in Arkansas and if you find some diamonds, they’re yours. This is the only mine in the world that allows people to mine for and retain diamonds.

This title goes to the people of Hawaii. They eat all the spam, more than any other state in the US.

Are the people in Missouri really penny pinchers or are they just known for that? Turns out there’s a bank in Missouri aptly named Tightwad Bank, and people from all over the county go to see it.

Montana’s pets live the longest. On average, cats live two years longer and dogs live a year and half longer here than nationally.

Driving off the Beaten Path

People in New Mexico drive on dirt roads as ¾ of the state’s roads are either dirt or sedimentary rock, also known as caliche. Hopefully, they have good SUVs to get through it all.

For the Love of French Fries

Want to attend a potato bowl and eat load of this crunchy potato? Get over to North Dakota and attend Grand Forks Annual Potato Bowl. Prepare to fork your fries.

Well, the ale isn’t old, but the tradition is. Rhode Islanders visit The White Horse Tavern to drink ale from the oldest tavern in America and they have been since 1673.

Morgan Island South Carolina has an abundance of monkeys. No, that is not a typo. But don’t expect to visit and interact with the monkeys, because you can’t. Researchers who tag and study the animals are the only humans allowed.

Stay Away From Texas if You’re Single

Texas’ largest google search asks, “Do I have herpes?” And more so than that, a reported number of the population does have herpes and that’s only reported cases. Yikes!

You Always Have Room For Jello

At least the people of Utah, do. They eat more jello per capita than anywhere else in America.

You won’t see any billboards in Vermont. The state banned them in favor of smaller signs to preserve the scenic beauty of the state.

The schools in Vermont don’t open until after Labor Day and they haven’t since 1986. And it’s all due to the amusement parks! They want the kids there as long as they can be throughout the good weather, and that’s that.

Wisconsin loves their brats The World’s Largest Brat Fest is hosted In Madison each Memorial Day weekend. Not only that, but the city of Sheboygan holds the title of the Bratwurst Capital of the World.

Escalators are for the Other States

People in this state take the stairs, or if not, the elevator. Escalators are sparse in Wyoming and there are only two in the entire state.

What makes your state weird? Or maybe it’s just the people who live there that make it weird? Only time (and the internet) will tell.