Happy World Lemur Day, everybody! What, you didn’t know there’s a Lemur Day?

Well, we didn’t either. But Lemur Day was launched in 2014 by the Lemur Conservation Network to raise awareness about these endangered strange primates.

And strange creatures they are, indeed. Lemurs are some of the most unique animals on the planet and do a lot of things you wouldn’t expect.

So, let’s celebrate this World Lemur Day with eight weird facts about these long-tailed creatures.

1) Lemurs Live Only on Madagascar 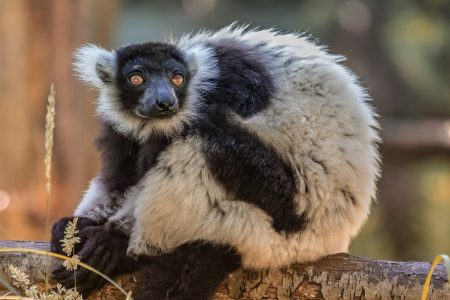 If you want to see a lemur, planning your travel is easy. All you have to do is fly to Madagascar.

Lemurs are an endemic species found naturally only on this island off the coast of Africa. And it makes sense — Madagascar is famous for its weird plants and animals.

The island itself is the reason why lemurs — and many other forms of life found there — are so unique. They’ve evolved in almost complete isolation from the outside world and have been free to become the weird and wonderful creatures we know today. 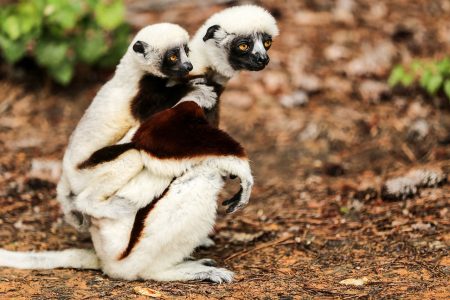 When you think of lemurs, you may think of ring-tailed lemurs. You know, like King Julien from the animated film Madagascar.

But despite their living only in Madagascar, there are many, many different species of lemurs. In fact, almost 100 of them.

Lemurs come in shapes and sizes, ranging from the one-ounce mouse lemur to the 20-pound indri lemur. But perhaps the weirdest is the sifaka, which moves on land by jumping sideways. 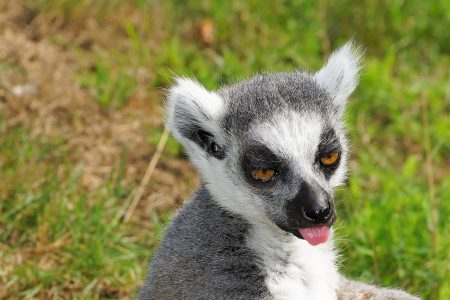 Almost every animal on Earth has a tongue, but lemur has them all beat. It has two.

Granted, the second tongue isn’t much of a tongue. It’s very small, sits below the lemur’s primary tongue, and it has no taste buds.

But that’s all fine because this tongue has a very specific job. Lemurs use it to clean hair off their tooth comb — a set of teeth they use to groom their fur.

So not only do lemurs have two tongues, but they also have a built-in comb in their mouths. 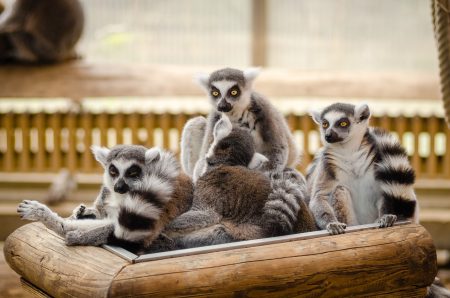 Only a few mammal species are dominated by females. One of those few is lemurs.

In lemur society, females sit at the top of the hierarchy. And the girlbosses make sure everybody in the group remembers that.

It’s not unusual to see a female lemur give a disobedient mate a beating, snatch a choice morsel of food from a male’s hands, or kick a male off the most comfortable sleeping spot. In addition, a lemur band’s males get to eat only after the females finish their dinner. 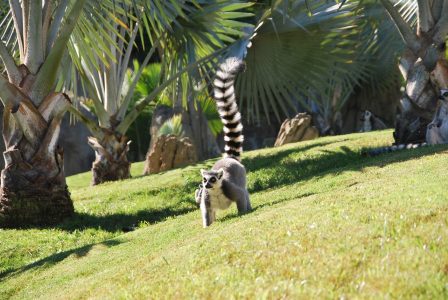 Although male lemurs bow down to the females, their own internal hierarchy is less clear. And when two ring-tailed lemur guys want to see who’s who, they start to fight.

But they don’t bite and scratch — they know just how sharp their teeth and claws are. Instead, they see who smells worse.

Male ring-tailed lemurs have scent glands on their wrists. When it’s time for battle, they rub their wrists on their tails and waft the stink in front of the rival’s face.

These stink fights (yes, that’s the scientific term) can last up to an hour. But eventually one of them backs off, admitting that its rival just smells better — or worse.

6) Lemurs Are the Only Blue-Eyed Primates — Apart from Humans

There aren’t many mammals with blue eyes. In primates, they occur only in two species — humans and lemurs.

And even amongst lemurs, blue eyes aren’t common. There’s only one species that has them, the aptly named blue-eyed black lemurs, or Sclater’s lemurs.

Unfortunately, the days of two blue-eyed primate species may soon be over. Sclater’s lemurs are severely endangered.

They’ve lost about 80% of their natural habitat to agriculture in the past 24 years. If the habitat destruction doesn’t stop, humans will soon enough have the dubious honor of being the only blue-eyed primates.

7) Lemurs Are the World’s Oldest Primates 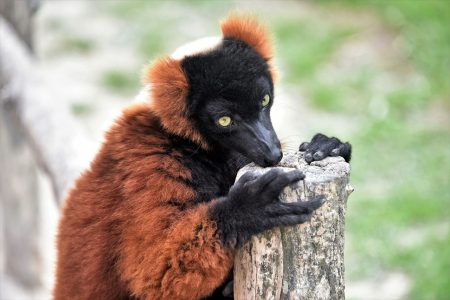 Although both humans and lemurs are primates, lemurs are much older than we are. In fact, they’re the oldest living species of primates.

Lemurs first emerged some 70 million years ago. The first species in the genus Homo, which would eventually lead to modern humans, appeared only some two million years ago, so lemurs were here long before us.

We didn’t evolve from lemurs, though. However, they split off from the same species that eventually also led to humanity, so there’s a chance that dozens of millions of years ago, one of our direct ancestors looked something like a lemur.

8) Lemurs Know How to Use Drugs 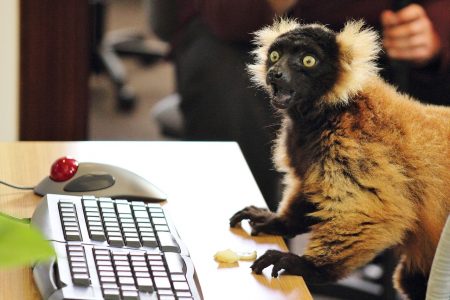 Lemurs aren’t the smartest animals or even the smartest primates, but they’re surprisingly intelligent. Case in point, they’ve learned how to use drugs — both for medicine and recreation.

It’s a gross fact of living in nature that sometimes you get parasites. Lemurs suffer particularly from parasites that affect their guts and genitals.

If a lemur develops stomach pain or an itchy crotch, it will go and catch specific millipedes. The lemur catches them and chews the bugs into a mush that it then swallows or spreads on its genitals.

The millipedes emit toxins that don’t hurt the lemur but they’re fatal to the parasites. The millipede goo both kills existing toxins and prevents future infestation.

There’s a side effect to the millipede toxins, though — it can get the lemur high. Sometimes lemurs seek out and take a bite of the millipedes even if they don’t have parasites, just to see some funky colors.