Thanks to the still ongoing pandemic, traveling has been out of the questions for more than year now. Many habitual globetrotters are by now definitely getting the shakes, eagerly waiting for a time when they can get going again.

If you’re one of them, you could try to scratch the travel itch by planning your next vacation in advance. But after such a long time staying still, just any casual tourist trap might not be enough for you.

If you need some inspiration for your next trip, we got your back. Here are the 8 most unconventional travel destinations you can find on the planet. 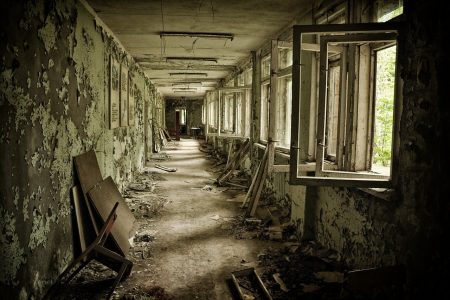 In 1986, the Soviet Chernobyl nuclear power plant experienced a catastrophic meltdown. It blasted the surrounding town in what is today Ukraine with          400 times more radiation than the atom bomb dropped to Hiroshima.

Maybe you’ve seen the critically acclaimed Chernobyl miniseries and thought it might be cool to actually go see the place. Good news – you totally can.

While it will take hundreds or even thousands of years for the town of the area to become habitable again, there are organized tours that will lead you into the exclusion zone. So if you want to live your favorite post-apocalyptic nuclear fantasy, book a trip and go see the ghost town of Pripyat.

Speaking of fantasy, you won’t find a much more fantastic landscape on Earth that China’s Tianzi Mountain. Located in the south-central province of Hunan, Tianzi could be straight out of any fantasy movie.

The area has hundreds of pillar-like mountains, rising at their highest to more than 1,200 feet. The pillars, formed by irregular rising of the Earth’s crust, are often shrouded in a thick otherworldly mist.

If you do go there and the scene looks weirdly familiar, you may have seen James Cameron’s Avatar. The floating islands of the movie were directly inspired by the Tianzi pillars.

Maybe you’d like to travel to a foreign planet instead of a fantasy world. Lucky you, you won’t even need a space ship.

Socotra Island, located in the Indian Ocean and controlled by Yemen, doesn’t look like anything you’d find elsewhere on the planet. It’s all thanks to the island’s bizarre plants, which have evolved in isolation over thousands of years.

Socotra is most famous for its umbrella like Dragon Trees. But there are many more weird plants that will make you feel like you’ve left Earth for good. 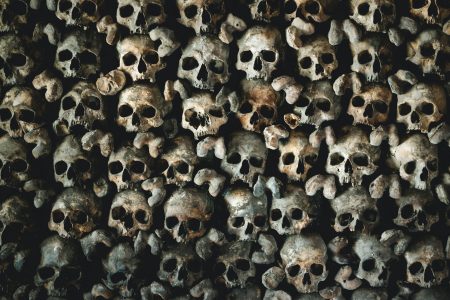 Those looking for a more macabre vacation might want to travel to the town of Kutna Hora in the Czech Republic. It looks like any idyllic Central European town – until you get to the Sedlec Ossuary.

This Catholic chapel is furnished with the bones and skulls of anywhere between 40,000 to 70,000 people. From the ceiling hangs a giant chandelier containing at least one of every human bone, draped with garlands made entirely out of skulls.

The disturbing decoration of the chapel is a result of the Black Death filling the town’s cemeteries to the brim with corpses. Suppose this is one way to deal with an overabundance of human remains.

The Island of the Dolls, Mexico

If corpses don’t do it for you, but you’d still like to feel like you’re living in horror movie, book a flight to Mexico City. In the borough of Xochimilco you will find Isla de las Muñecas, or the Island of Dolls.

The island once belonged to an eccentric hermit, who one day hung the doll of a drowned girl on a tree as a memorial. The story says that he then began to hear the anguished wails of the dead girl.

For the next 50 years, the terrified hermit filled the island’s trees with all the dolls he could get his hands on to appease the girl’s spirit. Today, the hundreds upon hundreds of dolls on the island are a popular tourist attraction. Just don’t blame us if you get haunted.

The Door to Hell, Turkmenistan

But maybe human bones or creepy dolls just aren’t hardcore enough for you. Maybe the only way you can get your rocks off is visiting Hell itself.

The Door to Hell, officially known as Darvaza gas crater, is an ever-burning sinkhole in Darvaza, Turkmenistan. A mining operation in the area caused a sinkhole to collapse and fill with poisonous gas.

To try and remedy the situation, Soviet officials set the gas on fire in 1971. It hasn’t stopped burning since. So, if you want to take a peek into the Lake of Fire, this is probably the closest you can get. 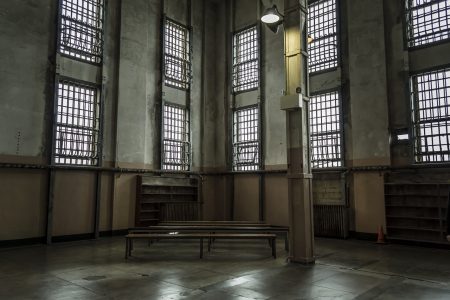 If you’d like to experience history for your own, travel to Liepaja in Latvia. Once there, you can check in for a night at the Karosta Prison Hotel.

While the building today house guests, it was once a Nazi and Soviet military prison complex. Brave visitors can opt for the full prison package that lets them relive the horrors of totalitarian persecution.

Clad in prison garb, hotel guests are served an authentic gourmet Soviet prison meal. Abusive guards will reward any disobedience with physical punishment, such as exercise or chores.

As the cherry on top of it all, you’ll get locked for the night into an actual cell. Just what you want from a relaxing vacation. 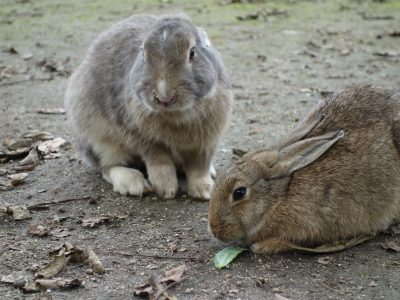 This is getting a bit heavy, so let’s finish with a more innocent destination. That said, this Japanese island might still kill you – with cuteness.

The Japanese island of Okunoshima is also popularly called Usagishima, or Rabbit Island. That’s thanks to hundreds of half-tame rabbits that roam its grounds.

There’s a bit of a macabre twist even to this story – the rabbits were originally brought to the island for chemical weapons testing. But today, they will happily swarm to accept snacks from the hands of squealing tourists.