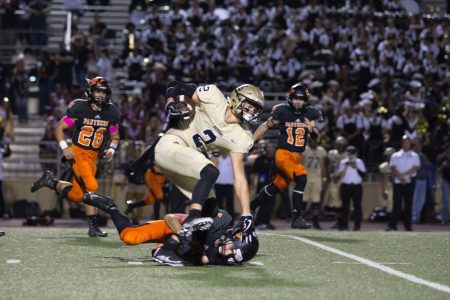 Photo by Katrina Berban on Unsplash

Most high schoolers don’t give a thought to their mascot. Each year, some kid volunteers to dress up in a suit and hype up the team at games. The origins of the mascot are as mysterious and ancient as the origins of a high school’s “Go-Fight-Win” cheer for the homecoming game. These high school mascots from across the country deserve a bit more investigation, just because of the ‘wtf?’ factor.

The Winged Beavers of Avon, Connecticut. The all boys school was founded by an architect in 1927. She also selected the mascot for the school, meant to represent the school’s motto of “Aspiring and persevering.” The way a beaver who can fly does.

The Poca Dots of Poca, West Virginia. Okay, so no further investigation is needed into this mascot, except; how defeated must these athletes be, going into every game. Their school couldn’t put forth any effort into coming up with a mascot, how can they put in any effort on the court?

The Sugarbeeters of Chinook, Montana. The Billings Gazette reported last year that the Sugarbeeter got a new mascot, Shug. The school did a span of fundraising in order to get the custom mascot suit made. A smirking beet head atop a man’s body, with striped pants to indicate “the whirling dervish.” Chinook has long grown and processed beets, and the mascot name goes all the way back to 1925.

The Hobos of Laurel Hill, Florida. Allegedly the only high school with this mascot in the country. Although it’s hard to imagine many would adopt such a mantel. The name’s been around since the 40s. Many of the boys on the basketball team, unable to afford college, joked their prospects were limited to becoming hobos. Their coach would chastise them as “shuffling hobos” for playing badly, and the name stuck. 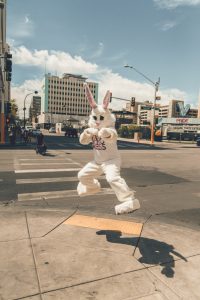 The Mighty Bunnies of Omaha, Nebraska. Benson High School wins for the most adorable mascot. Their school logo is a fierce little bunny, ready to go-fight-win. Rumor has it an opposing coach griped to a newspaper after losing to Beson, “we didn’t lose to Benson, we lost to the bunnies.” He was referring to the numerous rabbit den holes in the football field back in the 20’s.

The Millionaires, of Williamsport, Pennsylvania. The logo for the school is a top hat, cane and white gloves. It’s also a clue to the historic nature of the mascot name. In the 1800’s, Williamsport was home to more millionaires per capita than anywhere else in the country. The mascot was chosen in 1930, when it was referencing history instead of bank accounts.

The Obezags of Annapolis, Maryland. The Poca Dots have some competition for the laziest mascot name. The Obezag is just ‘gazebo’ spelled backwards, and references a structure on the school’s campus. Occasionally fans will even don homemade gazebo costumes to wear to games.

The Nimrods of Watersmeet, Michigan. There’s a ton of Nimrod pride in the Upper Peninsula of Michigan. The name is biblical in origin, referring to the great-grandson of Noah. He represents a mighty hunter and outdoorsman. The fan fervor for the mascot inspired an 8-part docuseries called “Nimrod Nation.“