Nature is pretty brutal even on a good day. Extreme temperatures, earthquakes, diseases, volcanic eruptions, and many other things are out to kill anything and everything at a moment’s notice.

To make it out there, animals have to be tough. But there are some who go out of their way to be complete, unadulterated badasses.

Here’s a collection of some of the most hardcore animals out there, for various reasons. 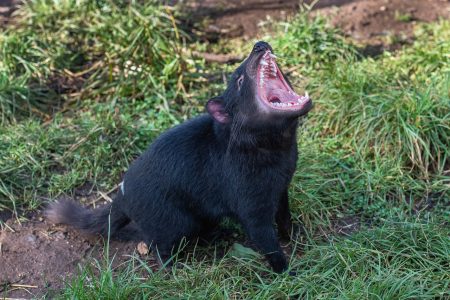 The Tasmanian devil is not a pleasant animal. They’re ugly, they smell disgusting, and the noises they make are both obnoxious and loud.

And they can bite hard. Really hard. In fact, they have the strongest bite relative to its body size out of any carnivore — stronger than a lion.

That means it could easily bite through your finger or arms bones if it wanted to. And it probably does, because these two-foot-long things are completely psycho.

They’re stubborn and aggressive to begin with, but heaven forbid they’re defending themselves, their food, or a mate from an intruder. They will immediately fly into what National Geographic called a “maniacal rage.” 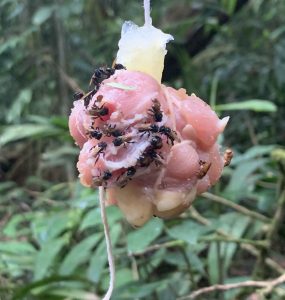 Bees can be kind of nasty, what with their swarms and stingers. Vulture bees, on the other hand, don’t have stingers, but they don’t need them to be hardcore.

As you probably know, bees are generally vegetarians. They’ll buzz from flower to flower, slurping up pollen and nectar to make honey.

Not so the vulture bees — they exclusively eat meat. And if that’s not enough, they don’t go for a fresh steak either.

No, the meat needs to be rotten. If it’s not decomposed enough, they’ll carry it to their nest and let it decompose for a couple of weeks until it turns into a viscous corpse-honey. 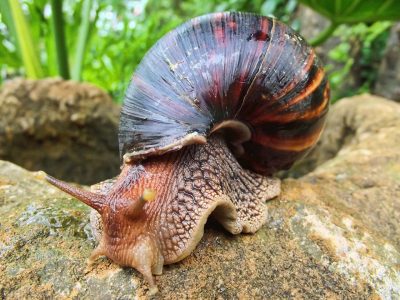 What’s to badass about a snail, you ask? Well, to begin with, the giant African land snail is huge, roughly 8 inches in lengths.

They’re the single most invasive snail species in the world, destroying crops around the world. They also spread disease, infecting both plants and animals—including people.

And you just can’t get rid of them. It doesn’t matter if you kill the adults, the snails will soon be back when their eggs hatch.

In a true testament to the African giant snail’s badassery, one of the more effective tools for controlling them is a flamethrower. If you want to get rid of them, your only option is to completely scorch the earth until nothing remains. 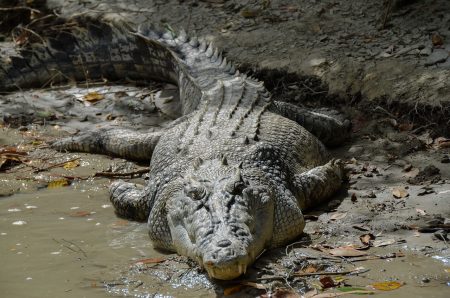 Alright, this one is probably not a surprise to anyone. The saltwater crocodile is what you call a hypercarnivore, and it’s perfectly equipped to earn that name.

This crocodile is the biggest reptile on the planet and it has the single most powerful bite out of any animal. It uses that bite to eat anything. If it’s made of meat, it’s made to be eaten — including you.

The saltwater crocodile doesn’t just eat the meat, though. Its stomach acids are so powerful that they will dissolve bone, horns, and hooves without issue.

And if for some reason the crocodile can’t find food, it doesn’t care. It can survive up to three years without eating a single thing. 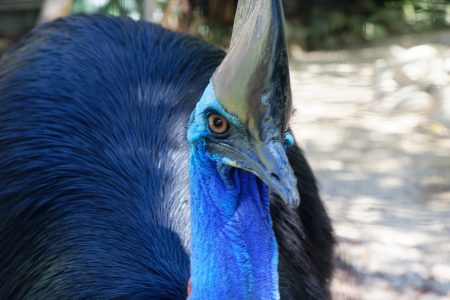 What is it about Australia and psychotic animals? Not only do they have the Tasmanian devil, but also the cassowary.

The cassowary is often called the world’s most dangerous bird, and for a good reason. It usually avoids humans, but if it feels like it, there’s going to be blood.

The cassowary has long, sharp dagger-like talons, three on each foot. And it will kick you in the throat with them.

The birds don’t really even need a real reason to attack you. They’re known for brutalizing zoo staff just because the cassowary felt that it didn’t get enough food.

Cassowaries are so insane, that Australian soldiers are told not to go anywhere near them. 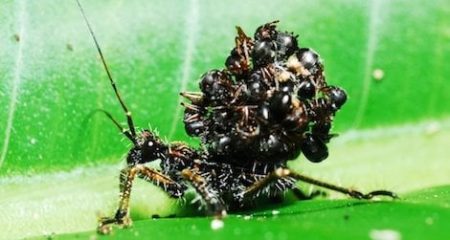 Imagine you’re an ant. Now imagine something sharp punching through your exoskeleton and liquefying your insides.

Tough luck, you just ran afoul of a certain assassin bug. Turning other insects into liquid is common for bugs, but this assassin then takes the whole thing one step further.

Once it’s done eating its prey, it will then strap its victim’s lifeless body onto its back. Some particularly well-equipped assassin bugs wonder around with dozens of ant corpses.

But why does the bug do that? To keep predators away.

That’s right. The assassin bug’s entire defense strategy is to walk around covered in the corpses of its victims, as if to say “just try me.” 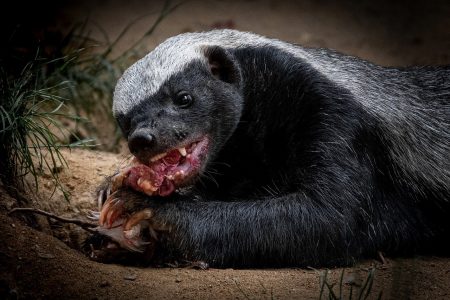 We’ve called the Tasmanian devil and the cassowary psychotic. We want to do the same for the honey badger, but in all honesty, that wouldn’t be right.

Don’t get us wrong, these things some of the most aggressive animals on the planet. But that’s mostly because the honey badger just doesn’t give a f***.

Despite weighing only 20 pounds, the honey badger will attack anything. It doesn’t care if it’s a lion, porcupine, horse, or a buffalo, the badger will fight it — and usually win.

They’ll even kill and eat venomous snakes. It doesn’t matter if the badger gets bitten — it’ll just stumble around like a drunkard for a while before bouncing back.

Honey badgers are so hardcore, that cheetah cubs actually mimic their coloring to keep threats away. 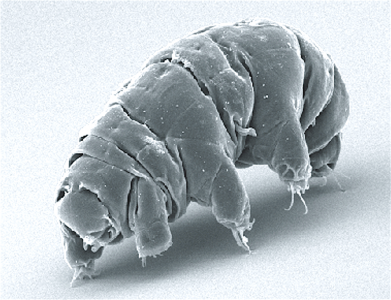 And they refuse to die. You can try to kill a tardigrade — and believe us, scientists have tried — but they just won’t die.

Tardigrades live practically everywhere on the planet, from the highest mountaintops to volcanic springs in the deep sea. There’s no environment extreme enough on Earth to make a tardigrade think, “Hmm, no, I don’t want to live here.”

They can withstand radiation, dehydration, starvation, a complete lack of oxygen — you know, things that usually kill living things. Researchers have even shot them into outer space, and the things came back no worse for wear.

The tardigrade is so resilient, that some scientists have suggested sending them to Mars to colonize the planet. They might as well. It’s not like the tardigrades will give a crap.