Who doesn’t like a good sandwich? The British, apparently, considering the abominations they insist on consuming.

Now, we’re well aware that dunking on British food is a tired gag. And we’re sure we’ve all made some questionable sandwiches when the fridge was looking particularly empty.

But some bizarre English mad-scientist sandwich experiments go well beyond your average it’s-the-end-of-the-month-and-I-forgot-to-buy-groceries creations. Here are just eight of the more outrageous ones that we can confirm that people have actually eaten. 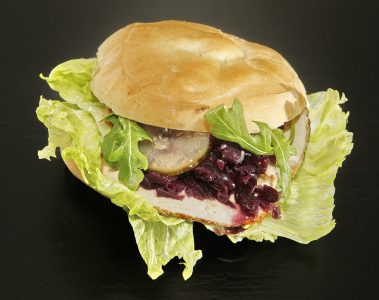 Think of all the traditional Christmas dinner items — turkey, stuffing, cranberry sauce… Now take all of that and stick it between two pieces of bread.

Presto, you have the Christmas sandwich. Now you can spend the rest of your lunch break thinking about what to do with it.

This isn’t just something people do with leftovers either (although they definitely do that as well). The Christmas sandwich seems to be some kind of a bizarre British tradition.

Its arrival at store shelves heralds the coming of the Holiday season. They’re so popular that British newspapers and website publish top lists for the season’s best Christmas sandwiches.

What goes into a banana sandwich, you ask? Bread and sliced banana. And some sugar and/or honey if you want.

But bizarre as this sandwich is, its birth is actually connected to the one of the greatest tragedies of human history. Namely, World War II.

During WWII, the British Isles were under heavy rationing, meaning everything was in short supply — involving bananas. If by some miracle you managed you managed to get a banana, you wanted to stretch it as far as it’d go.

So, people sliced it up and ate it in a sandwich to make it seem like there was more of it. After the war, the sandwich stuck around as a nostalgic treat.

Any small joy in a war, but… Why not just make banana bread?

Now here’s a regular from street corner fish-and-chip shops. Take two slices of bread, or a hamburger bun, and stuff it with fish fingers — otherwise known as fish sticks.

The idea seems a bit weird, but it’s actually not all that unusual. After all, the only difference between this and a Filet-O-Fish is the size of the fish pieces.

Drench the thing in tartar sauce and the difference becomes even more negligible. Or ketchup, but we’ll get to that later. Oh, we will…

A pie is already a perfectly self-contained food. The crust is there to hold the filling in, what more do you need?

Bread, apparently. For some forsaken reason, the British decided that small pies – already intended to be eaten by hand – needed to be sandwiched.

Fans of the sandwich claim the bread soaks up the gravy leaking out of the pie. We know the Brits love their meat pies, but come on.

No, we’re not talking about potato chips. We’re in Britain, remember?

So instead of potato chips, the chip butty is a sandwich filled with French fries. Because for some reason you need to put the fries in the sandwich.

We suppose it’ll keep your fingers from getting greasy. Oh yeah, and “butty” is just Bri’ish for “sandwich.”

This sandwich, on the other hand, is filled with potato chips. Or crisps, as they say in good ol’ England.

Everything we said about the chip butty applies here as well. We just can’t see a point in this thing existing.

Just eat the chips. Or crisps. Whatever. 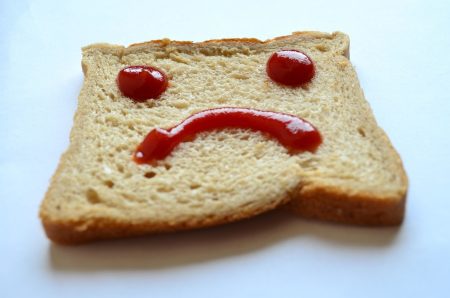 We promised we’d get to ketchup later. Well, the time has come.

To make a ketchup sandwich, you need ketchup and a sandwich. That’s it. It’s a ridiculous amount of ketchup between two slices of bread.

Some extra fancy, hoity toity recipes add cheese, either melted or not. We’d like to call this the saddest sandwich in existence, but it’s not.

Oh no, that honor belongs to…

We really wanted to think this “sandwich” is a joke. But it’s real. It has a Wikipedia page.

It’s a piece of toast between two untoasted bread slices. In the strictest technical definition, the toast sandwich does qualify as a “sandwich.”

But it’s just bread. You’re eating plain bread. Unless you follow an 1861 recipe that says you can add salt and pepper to taste.

This is it. This is the blandest dish ever and you can’t tell us otherwise.