If you live in the United States or Canada, you probably grew up looking forward to your 16th birthday, when you could finally take an exam to get your driver’s license. Currently, most or all of the people you know probably have driver’s licenses – and they all look the same. 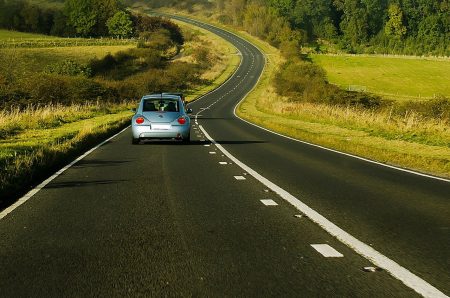 First, let’s take a look at some of the lesser-known driver’s licenses in the United States and Canada:

2. CDL classes. The United States also has a commercial driver’s license, which will allow individuals to operate commercial vehicles of different sizes and types depending on the classification of the license. For example, a class C license allows the holder to operate single vehicles that weigh 26,000 pounds or less, which can be used to hold more than 15 passengers and/or haul hazardous materials. You’ll need a class P license if you want to transport 16 passengers or more, and a class C license if you want to transport hazardous materials and a tank. Many other classes exist.

There are also some interesting quirks of driver’s licenses around the world:

4. The Saudi Arabian testing method. The Saudi Arabian driving test is a breeze compared to driving tests in the United States. All you’ll have to do is drive a vehicle straight ahead, then put it in reverse and drive backward, proving that you’ve mastered the absolute basics. However, you’ll also have to pass a number of other exams to scrutinize your personal aptitude. For example, you’ll need to undergo a thorough eye examination, a full medical examination, and even a psychological exam.

5. The Chinese testing method. In China, obtaining a license is arguably more difficult because of the strict testing requirements. Before you can get your driver’s license, you’ll need to take an exam in which you must answer 100 questions in just 45 minutes; you’ll need to get 90 of them right if you want to pass. If that weren’t enough, you’ll also have to study more than 1,400 possible questions to prepare for the exam.

6. The most expensive driver’s license. If you’re wondering about the most expensive or most prohibitive license to obtain, that’s probably a Formula 1 driver’s license. Since Formula 1 cars can accelerate from 0 to 100 mph and decelerate back to 0 in less than 5 seconds, and since they can reach a top speed of around 185 mph, you need a lot of skill to drive one of these impressive vehicles. Accordingly, the licensing process is designed to be somewhat restrictive. You’ll need to spend at least $13,000 to hold the license, and the fee is increased according to your number of acquired World Cup points. If you’re looking at your bank account, take a step back; just having the money isn’t enough to get a license.

7. The least expensive driver’s license. We also have to look at the polar opposite. In India, the cost for registering for a driver’s license exam is just 500 to 1,000 rupees. That’s less than $14 USD. Of course, that doesn’t mean it’s cheap for everyone; many people in India have low incomes that preclude them from taking the test.

If you’re interested in traveling to another country and driving while you’re there, you should know that you may be able to obtain a temporary license based on your licensing in your home country. Every country operates differently, so make sure you do your research before leaving.